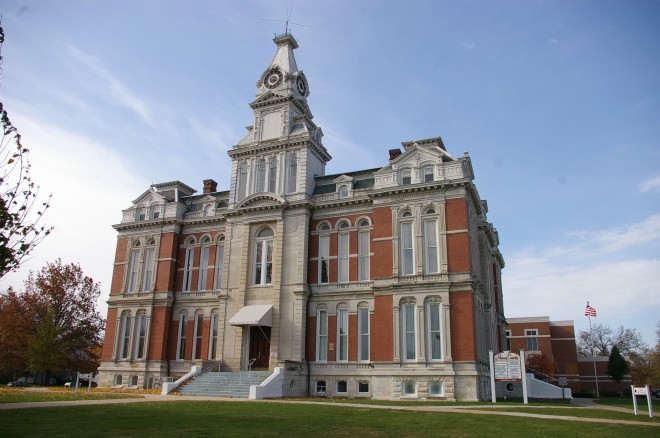 Henry County is named for Patrick Henry, who was a soldier in the American Revolutionary War and was later, the Governor of Virginia.

Description: The building faces east and is a two story red colored brick structure. The building is located on spacious landscaped grounds on the center of Cambridge. The brick is stacked in bond pattern with limestone trim. The east front of the building has a small entrance with light colored stone facing rising to the top of the second story. On the second story is a double arched window. Above the second story rises a gray stone tower ascending to four clocks and a steep roof with parapet at the top. At each corner of the building is a pavilion with narrow vertical windows. Other windows across the building are also narrow, vertical and have a small arch at the top. In the interior, the first story has black and white colored marble tiles and corrugated ceilings. The hallways terminate with a circular arch. The main courtroom is located on the west side of the second story and has elaborate  ceiling paintings, a marble fireplace and wooden benches. The paintings are the work of Frank Dirkson and depict the sklines of Cambridge, Galva, Genesco and Kewanee. There is a large chandelier in the center. On the east side is a smaller courtroom. The building houses the County Circuit Court of the 14th Judicial Circuit. On the west side of the building is a new modern two story red colored brick addition. 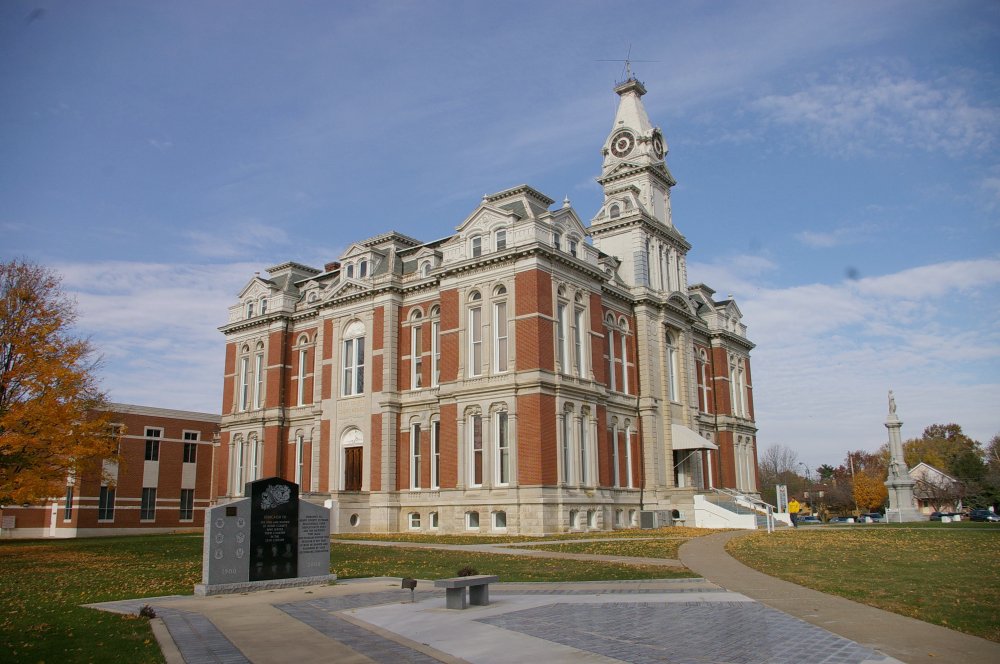 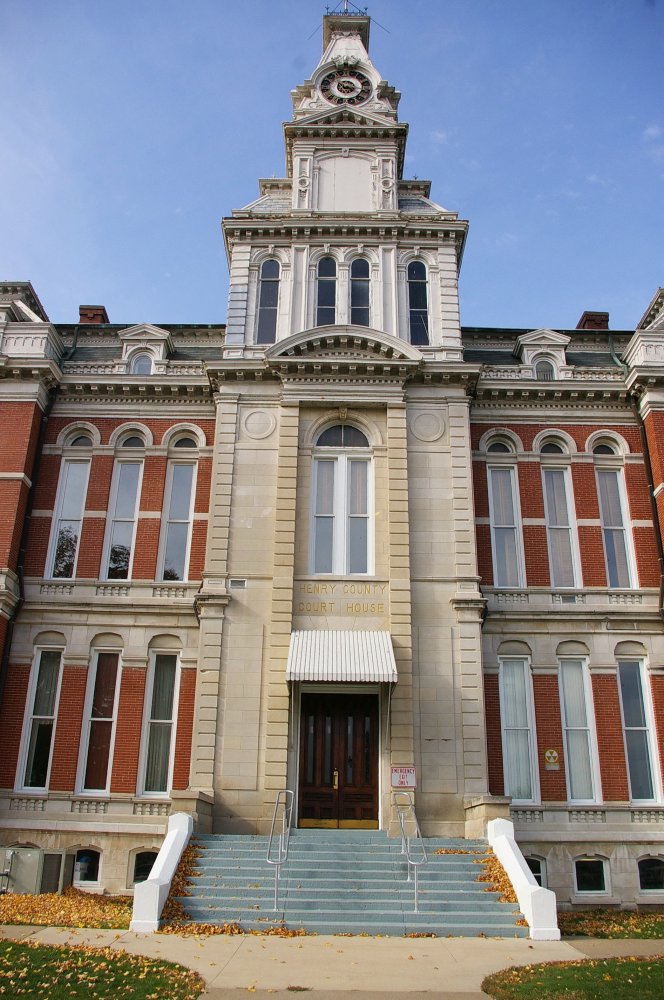 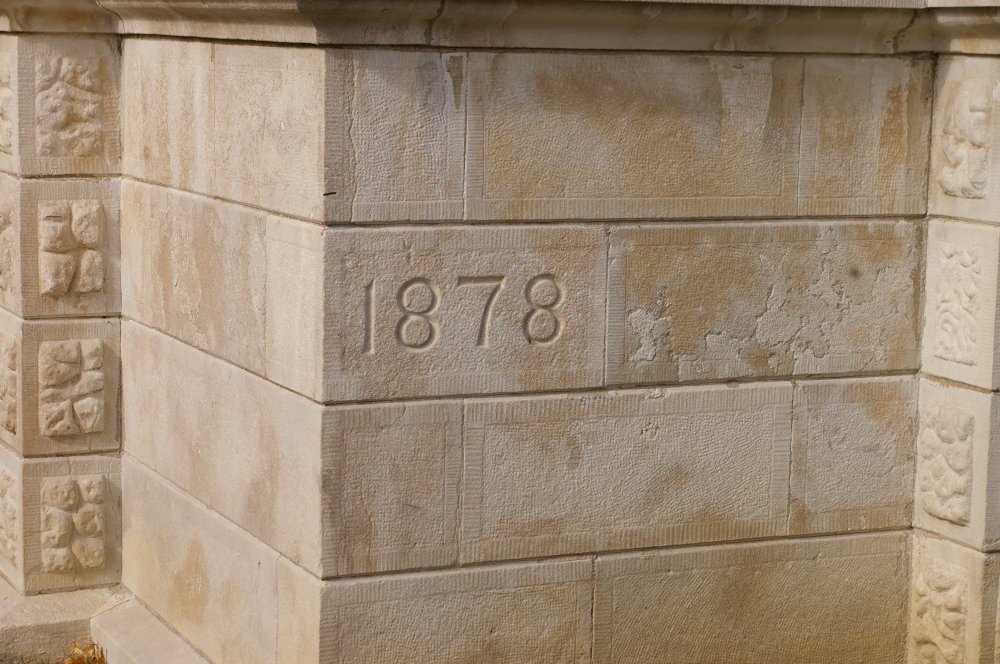 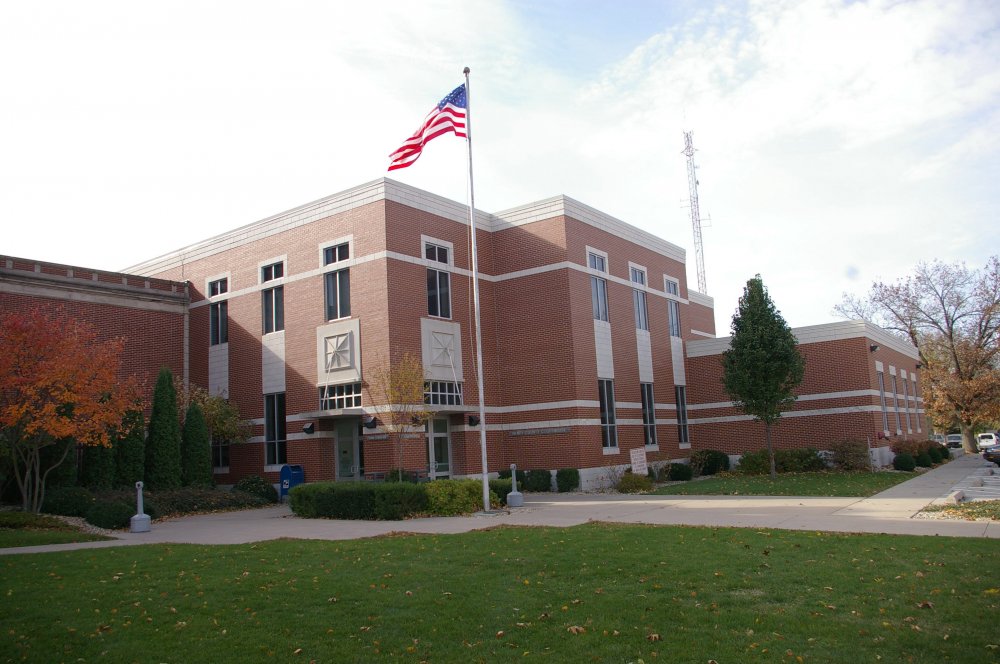