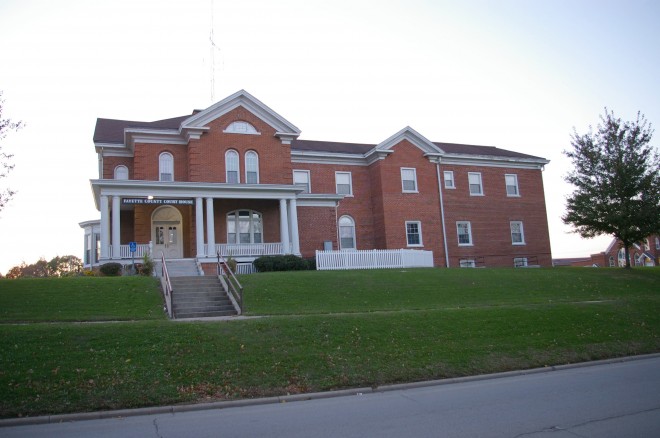 Fayette County is named for Marie Joseph Paul Lafayette, who was a French general who fought in the American Revolutionary War and who lived from 1757 to 1834.

Description: The building faces east and is a two story red colored brick structure. The building sits on the top of a small hill on landscaped grounds in the center of Vandalia. The southeast corner has a wood porch with double wood columns. On the south side is a bay window. The windows of the older section are arched. The roof line has several peaks with white eaves. In 1919, the county purchased the Remann Home and in 1932 and 1933, the building was renovated for use as the courthouse. An addition was added on the north side and in 1993, a newer addition on the west side. 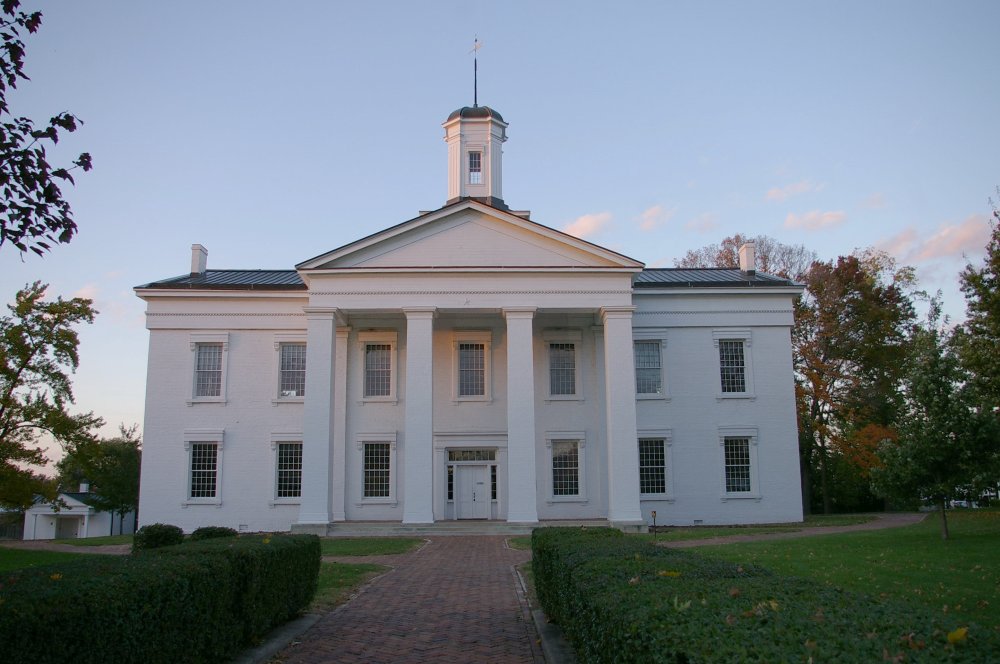 Description: The building faces south and is a two story white colored brick structure. The building is located on landscaped grounds in the center of Vandalia and served as the fourth statehouse from 1836 to 1839. There are large porticos on the north and south sides supported by four large pillars. The Supreme Court Chamber is on the first floor and the House of Representatives and the Senate Chamber are on the second floor. Local merchants, such as Linn, James Black, Ebenezer Capps, Robert Blackwell, Charles Prentice, Robert McLaughlin, and Frederick Remann provided tools and materials. Moses Phillips made a table, and Winslow Pilcher hauled lumber to the public square.

History:  Vandalia became the county seat in 1821. The first offices were located in a schoolhouse. In 1836, the first courthouse was the then recently built statehouse left empty as the capitol of Illinois was moved to Springfield. The second and present courthouse was a remodeled farm house purchased in 1932. 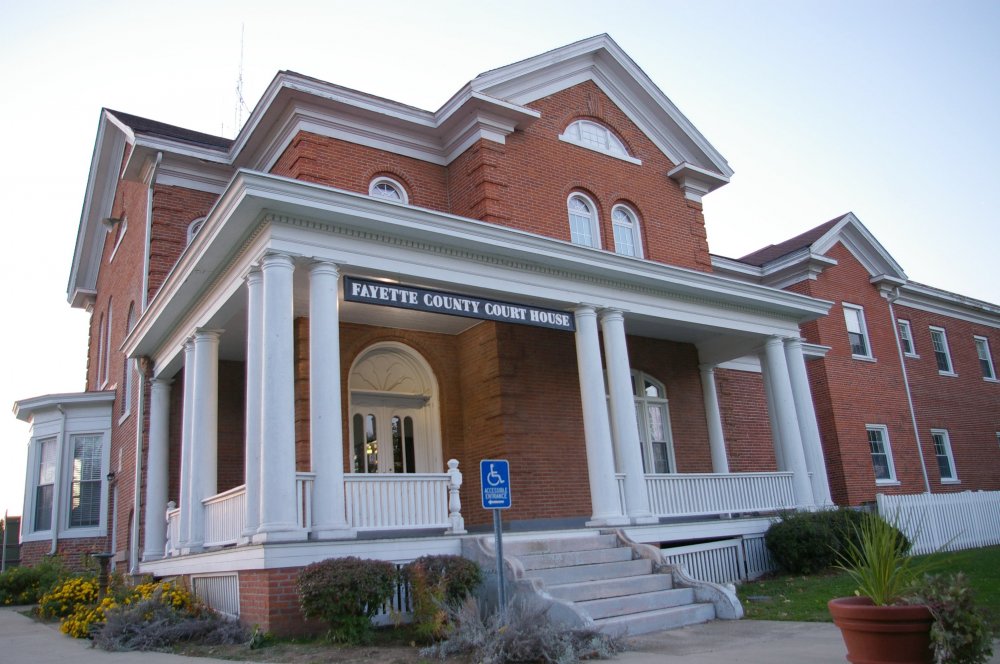 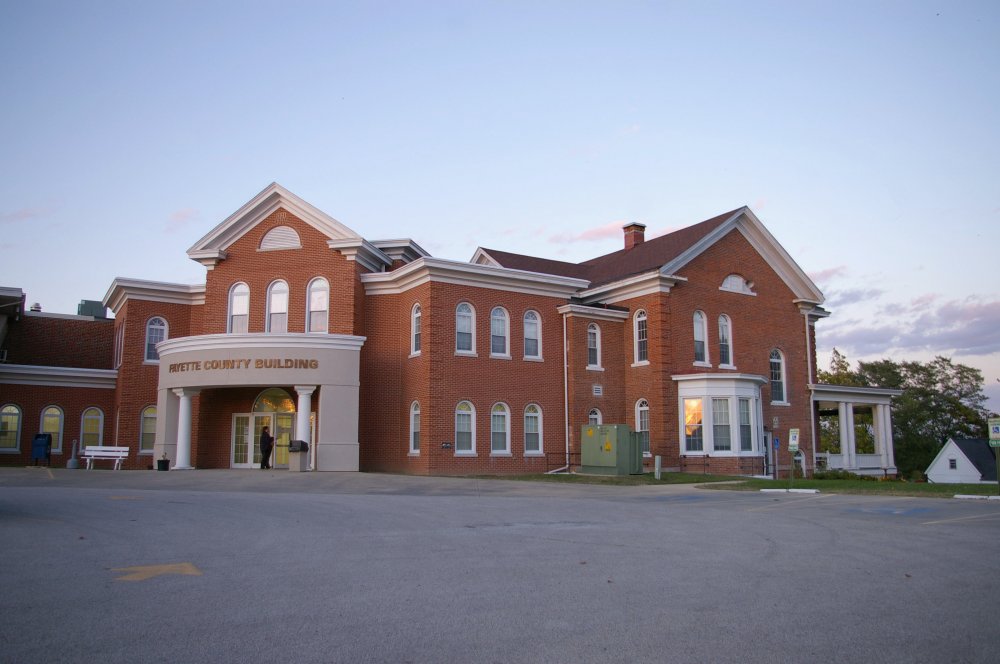 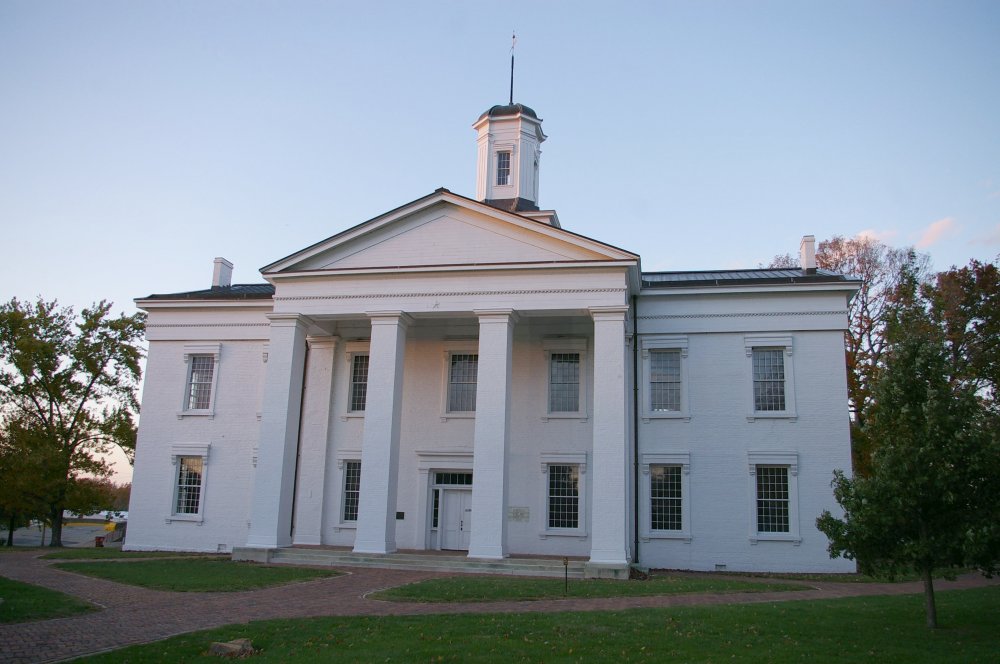