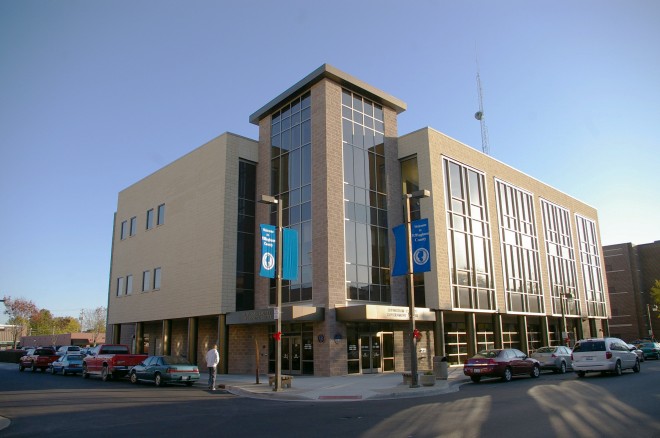 Effingham County is named for Lord Effingham, who was a general in the British army and who resigned his commission in 1775 refusing to serve in the war against the colonies.

Description: The building faces southwest and is a three story buff and red colored stone, glass and concrete structure. The rectangular shaped building is located in the center of Effingham to the west of the County Office Building and the old courthouse. The southwest corner of the building has a high glass and stone tower with the entrance lobby on the first story. On the south side the windows form vertical panels with stone pillars supporting the overhang on the first story. The west side has the same pillars but few windows. The east side has course buff colored stone. The roof line is flat. In the interior, there are two courtrooms on the second story and two courtrooms on the third story. The building houses the County Circuit Court of the 4th Judicial Circuit. The building is called the Effingham County Government Center and is connected to the County Office Building on the east side. 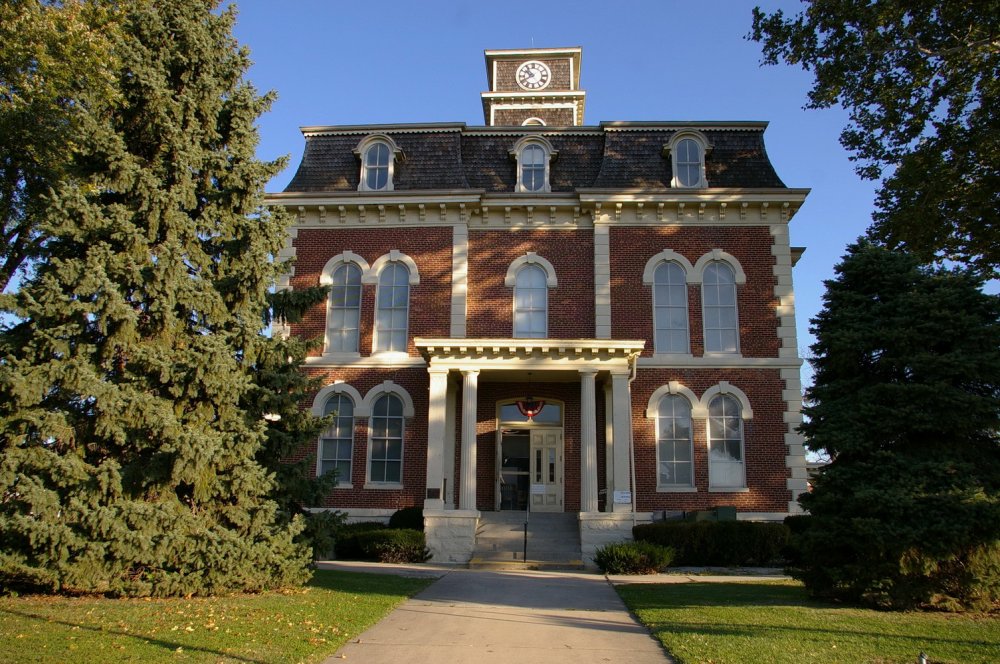 Description: The building faces south and is a two story red colored brick, wood and stone structure. The building is located on spacious landscaped grounds in the center of Effingham. The south front has a small white colored wood portico. The tall windows of the building are arched and trimmed with stone. The corners of the building are also trimmed with stone. There is a mansard roof which is corbeled and has dormer windows. On the center of the roof is a square wood clock tower with flat roof. The former courtroom was located on the second story.  In 1913, the clock tower was remodeled. The building is now the Effingham County Culture Center. 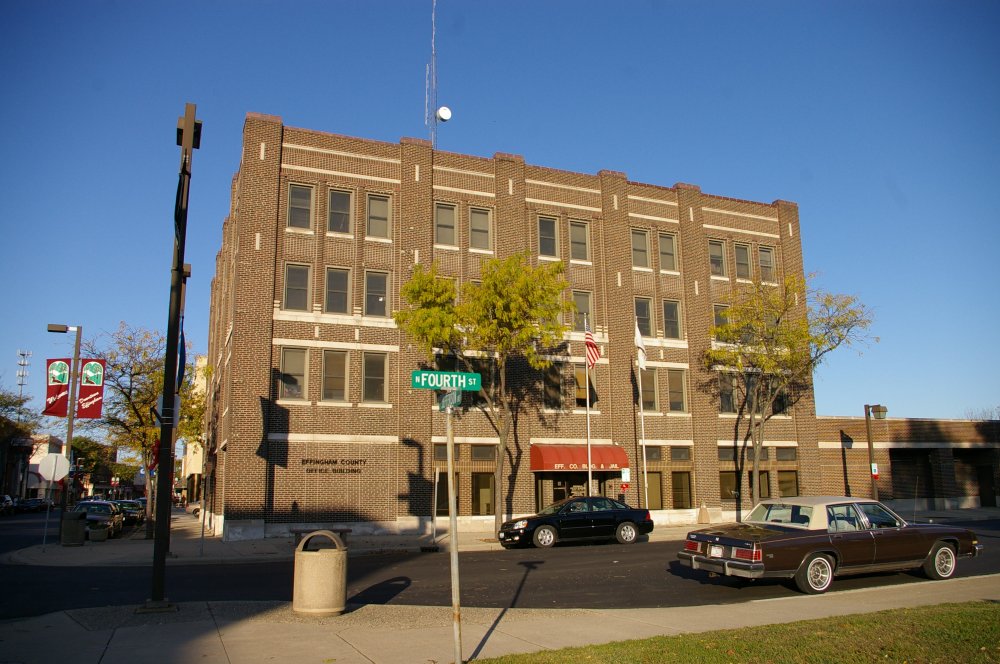 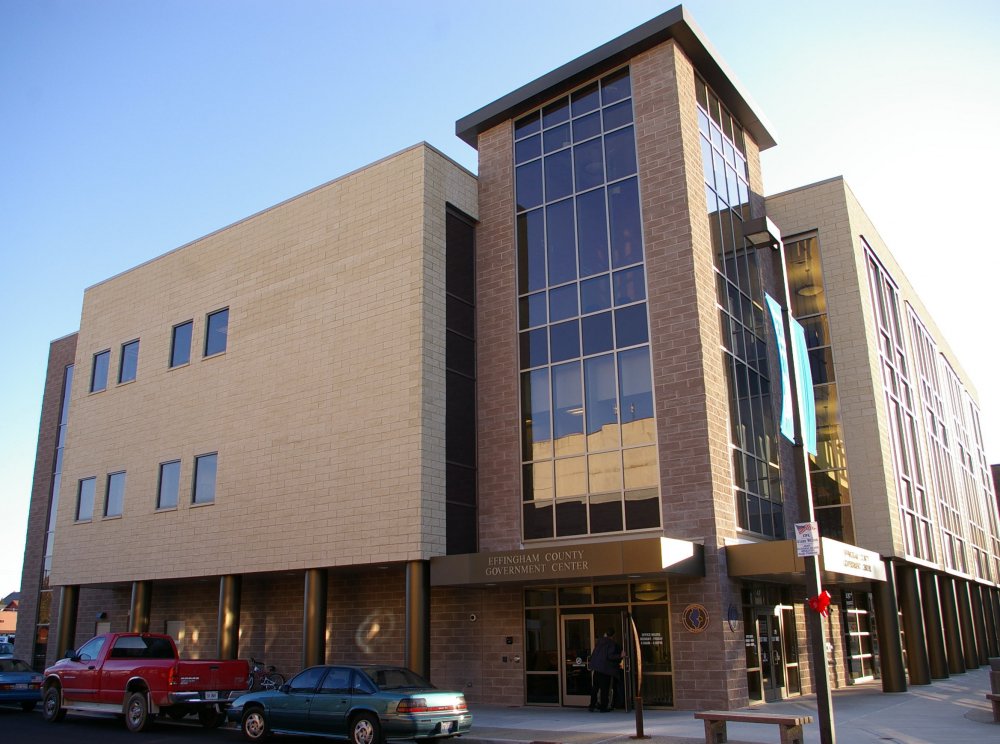 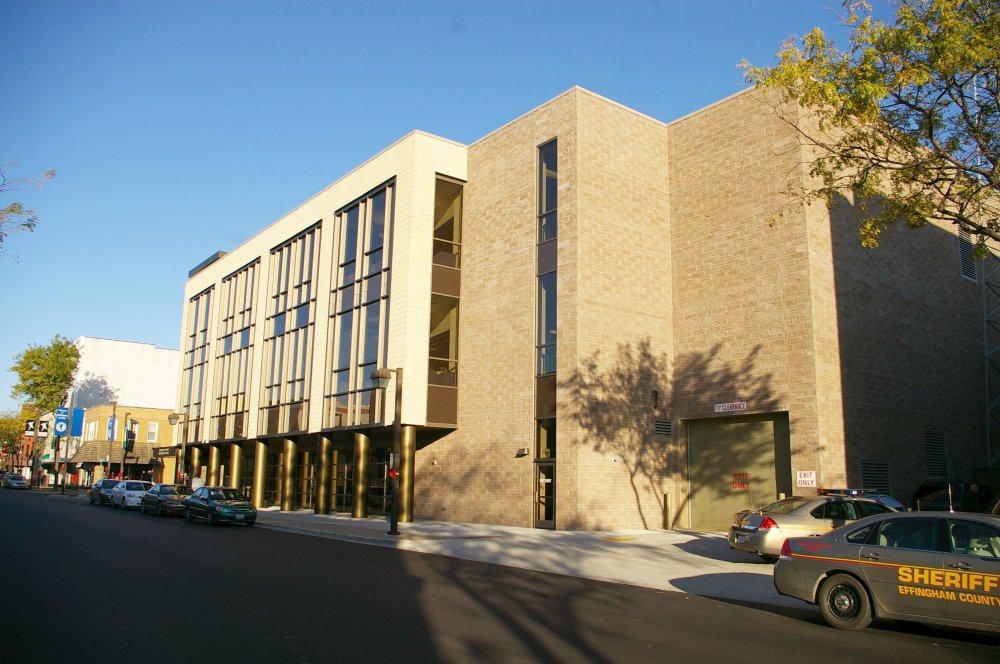 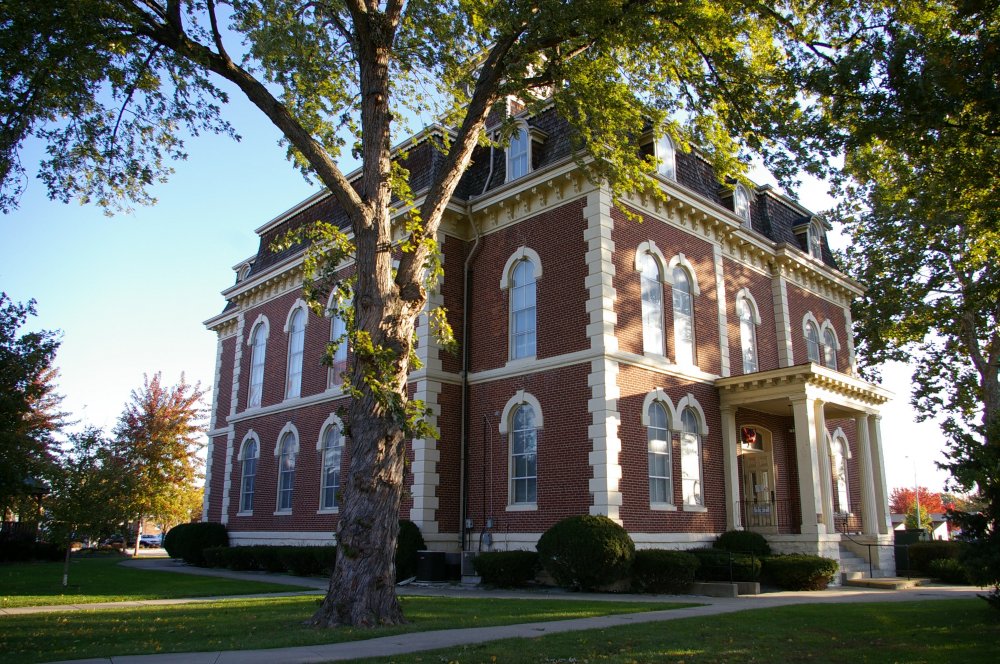 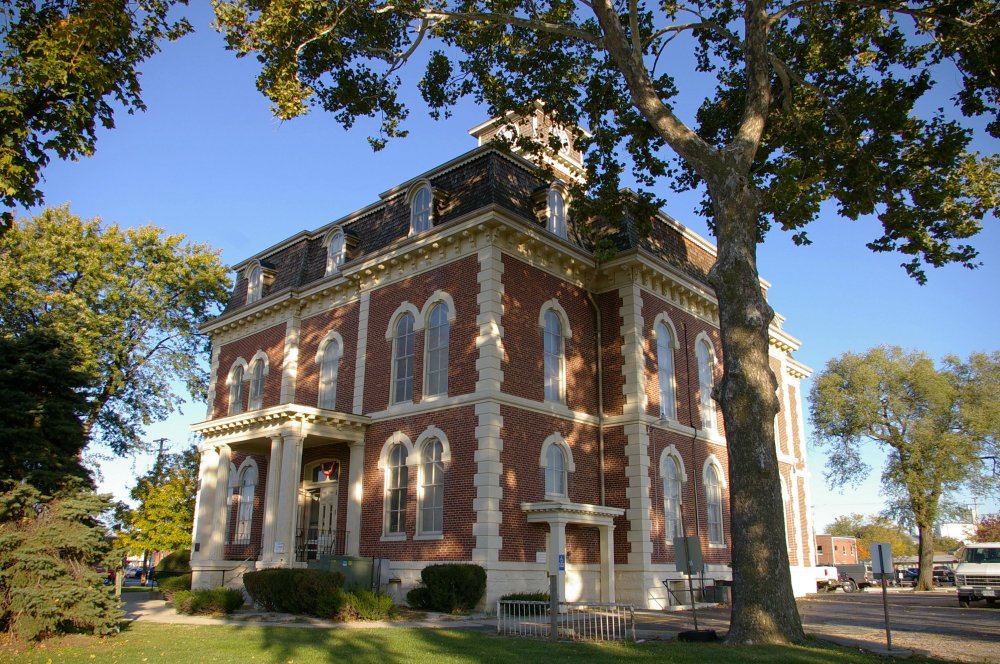 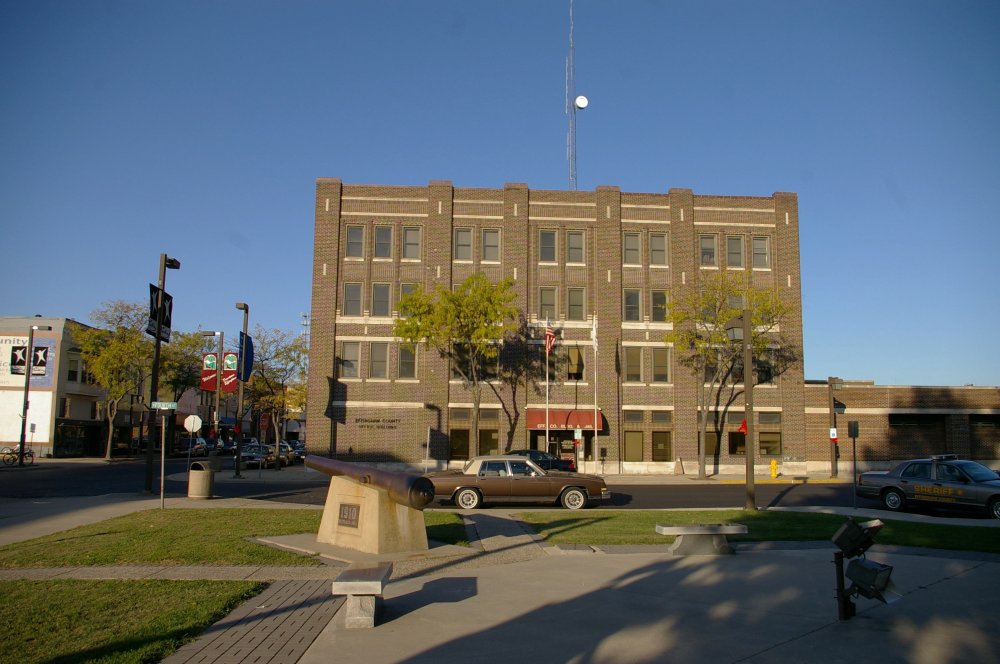