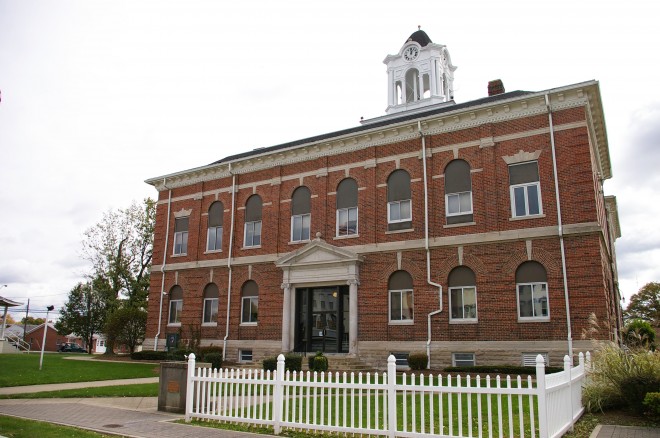 Clark County is named for George Rogers Clark, who was victorious over the British in capturing Fort Kaskaskia, Fort Cahokia and Fort Vincennes.

Contractor:  H B Walter of Danville

Description: The building faces north and is a two story dark red colored brick. stone  and concrete structure. The building is located on landscaped grounds in the center of Marshall. The north side has the main entrance with stone framing and a small pediment on the first story. A horizontal stone bands run below and above the second story windows. The eaves runs along the roof line. On the center of the roof is a square white colored cupola with clock and small black colored dome. The foundation is comprised of course stone. In the interior, the courtroom is located on the second story. The building houses the County Circuit Court of the 5th Judicial Circuit.

See:  The contractor was H B Walter of Danville, also constructed courthouses in Moultrie County and Piatt County. 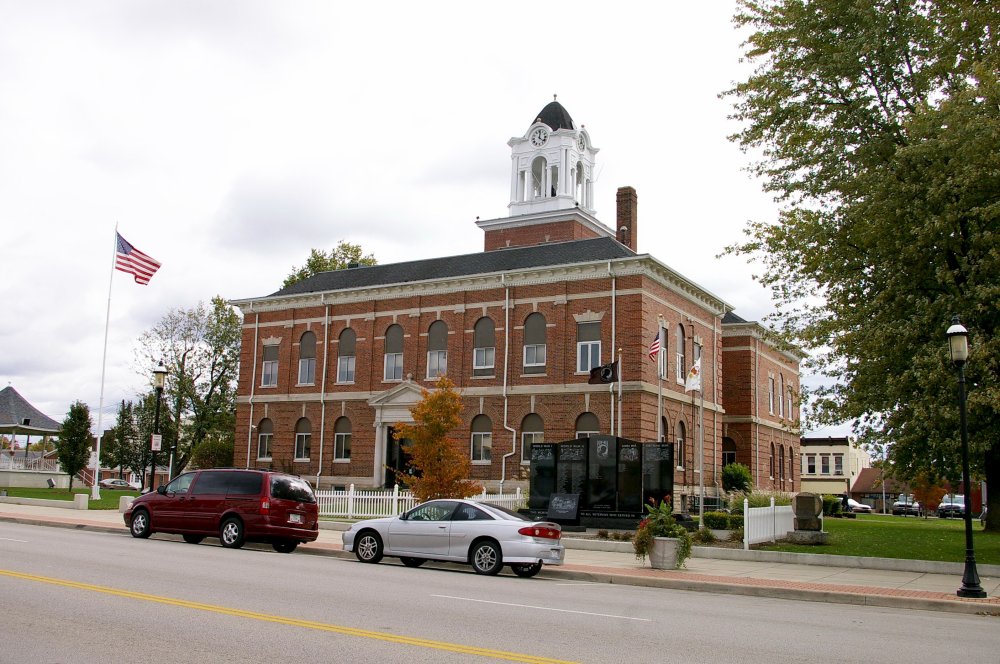 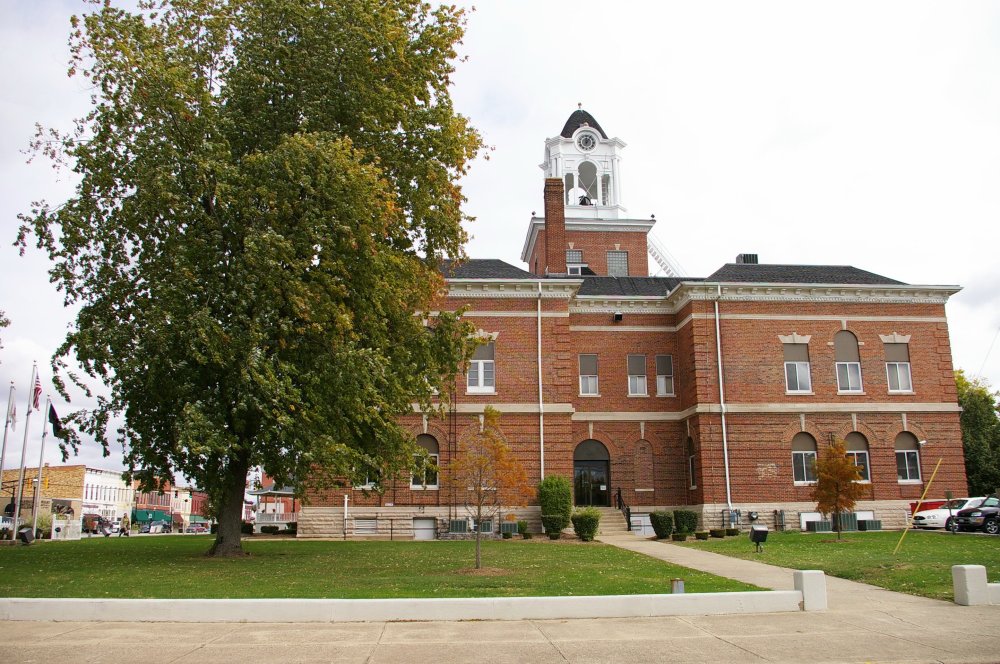 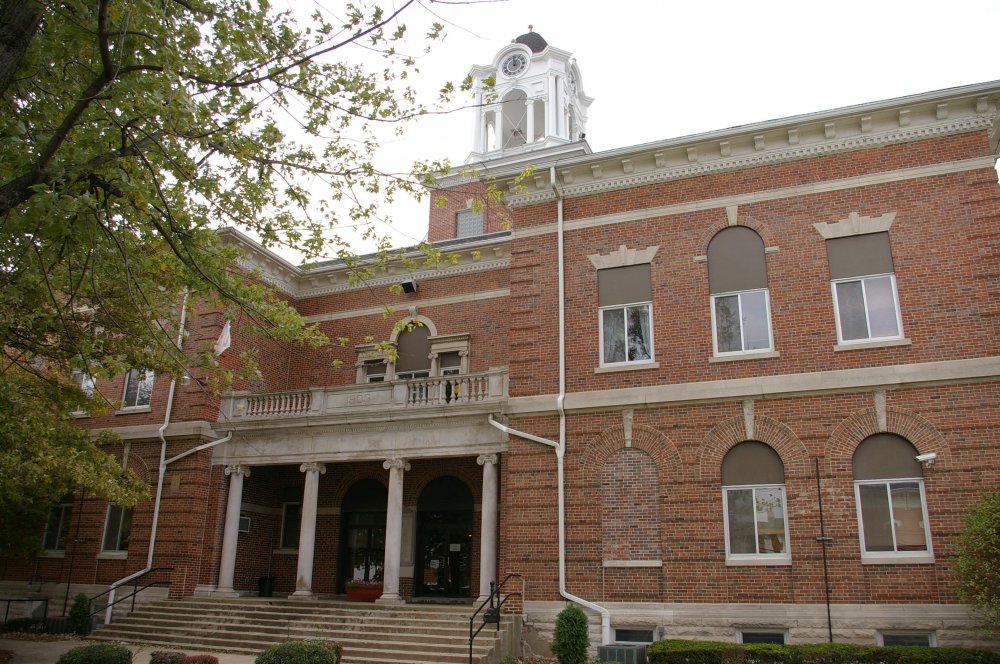 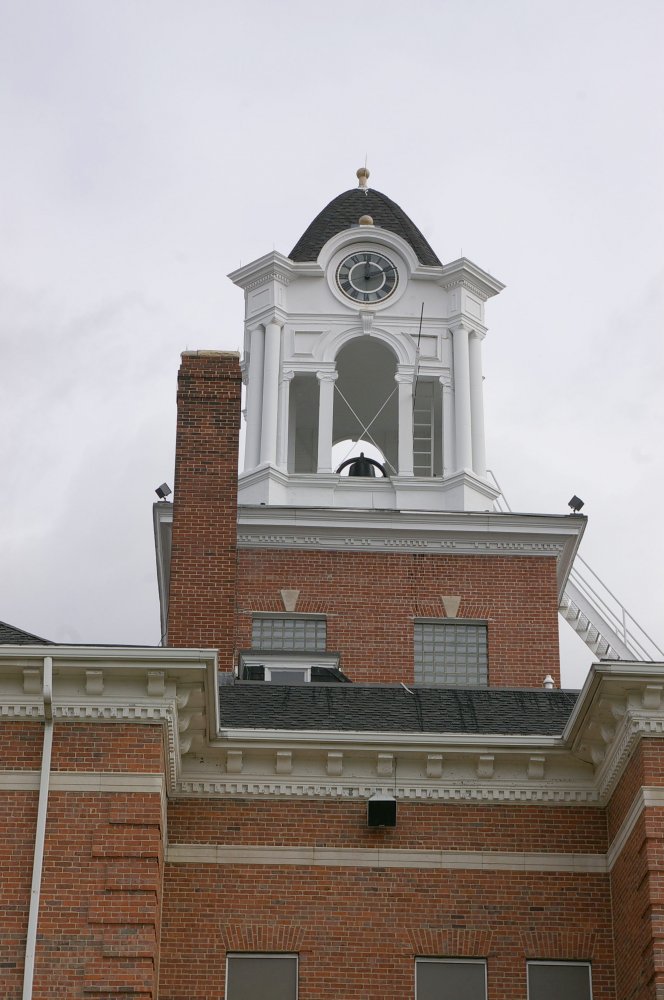 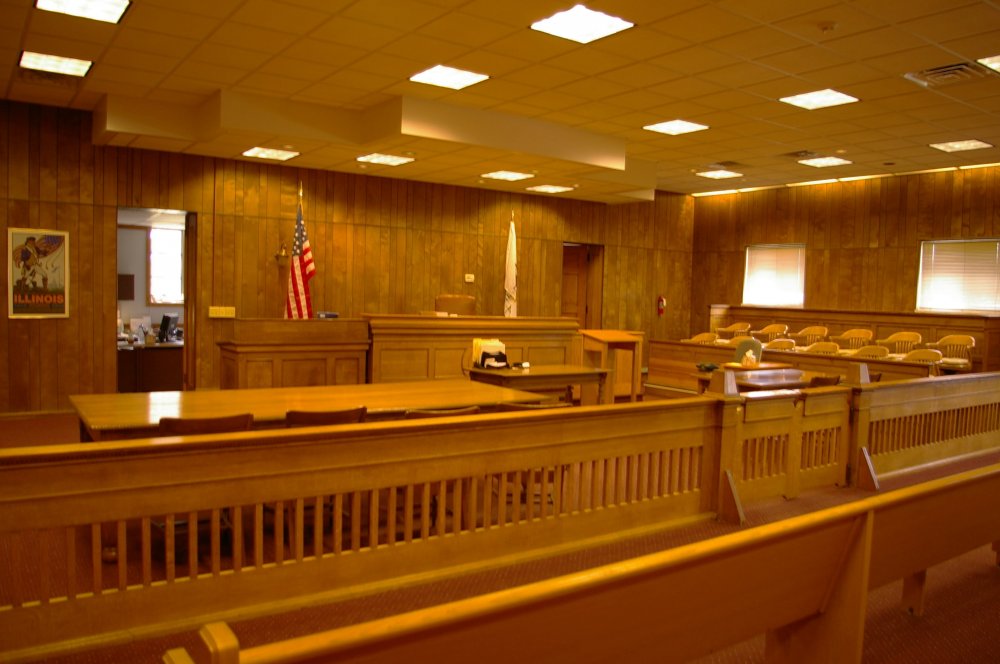 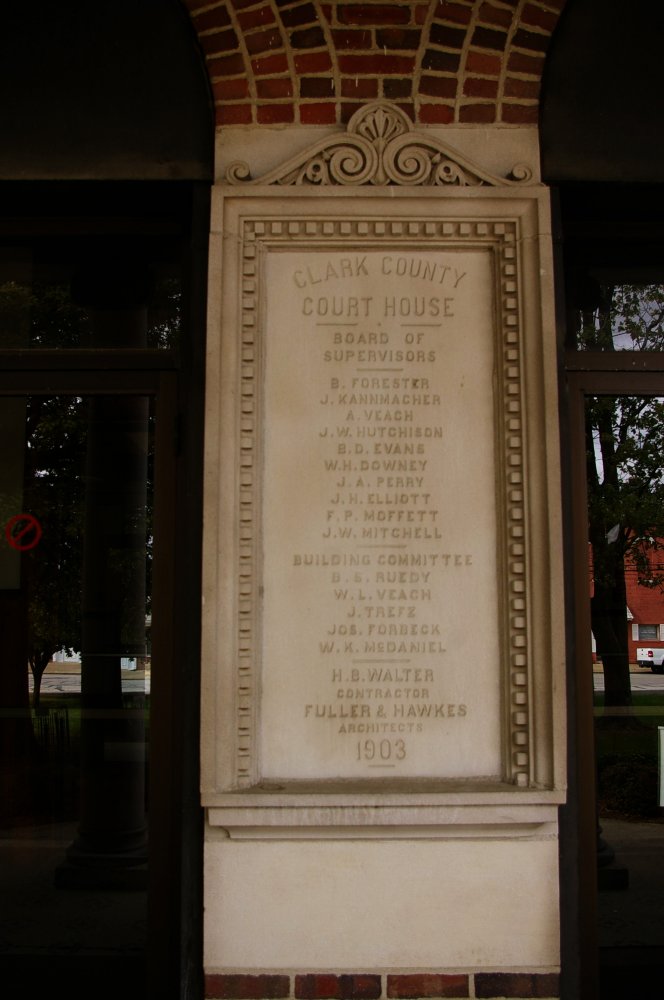 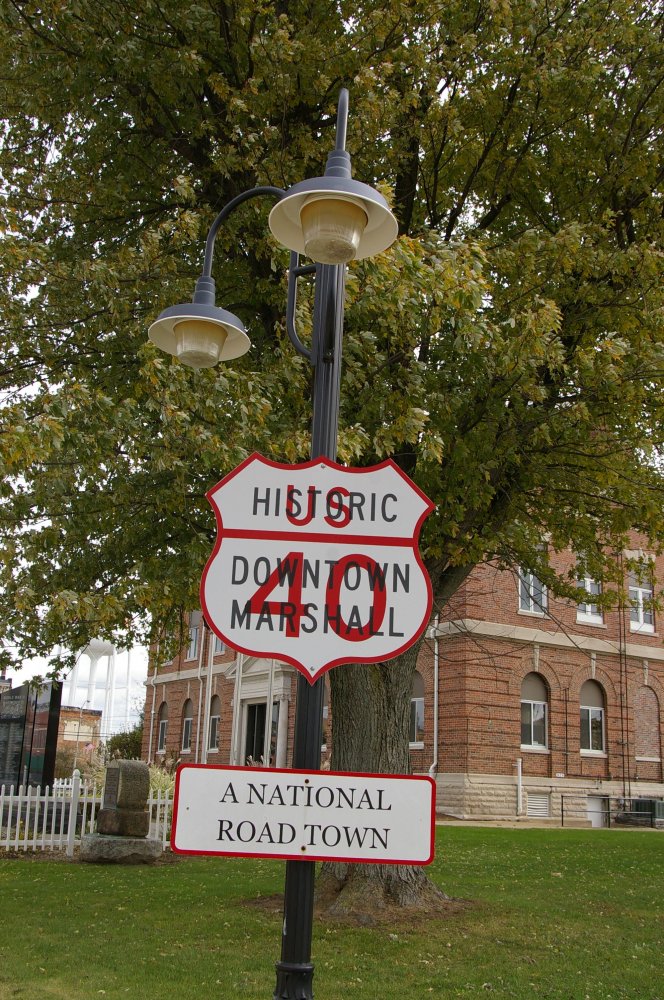