Twin Falls County is named for the Twin Falls on the Snake River. 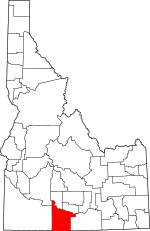 Description:  The building  faces southeast and is a four story buff colored brick, stone and concrete structure. The building is located on landscaped grounds in the center of Twin Falls. The base of the building is stone.The southeast front has a large portico with four Ionic columns of Bedford limestone rising from the second story to a wide pediment at the roof line. The entrance has a circular window above the framed doorway. A Bedford limestone cornice runs below the flat roof line. In the interior is a grand staircase and a central atrium with large skylight. Along the east side is the County Judicial Annex. 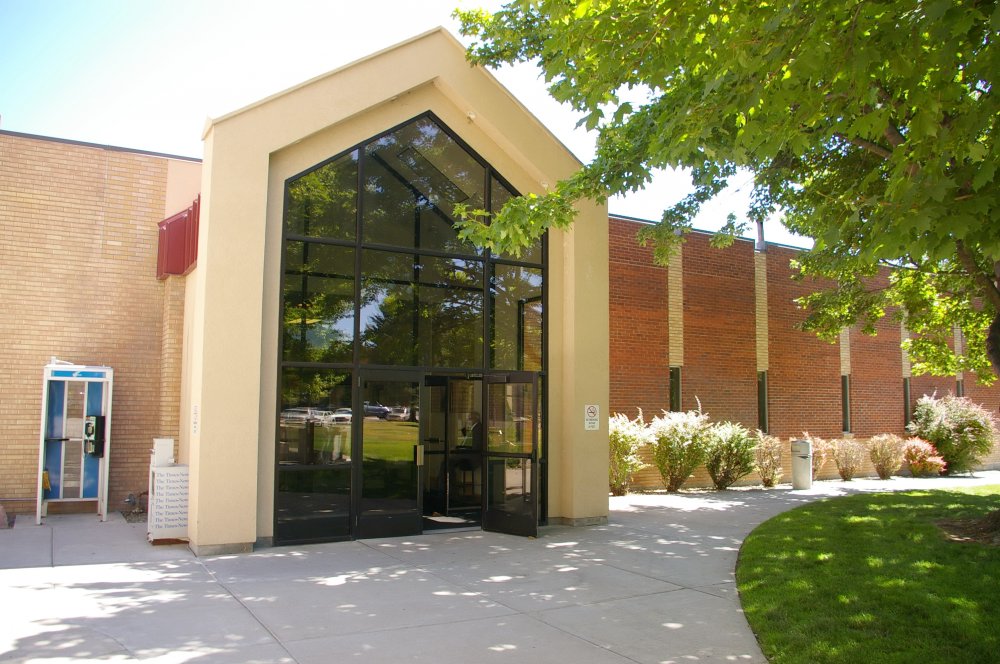 Description:  The building  faces southwest and is a one story buff and red colored brick and concrete structure. The rectangular shaped building is located on landscaped grounds in the center of Twin Falls on the east side of the courthouse. The entrance projects from the building and has a concrete frame and glass walls. There are a few vertical windows. The roof line is flat. The building houses the County District Court and County Magistrate Court of the 5th Judicial District. The building was enlarged in 1977. 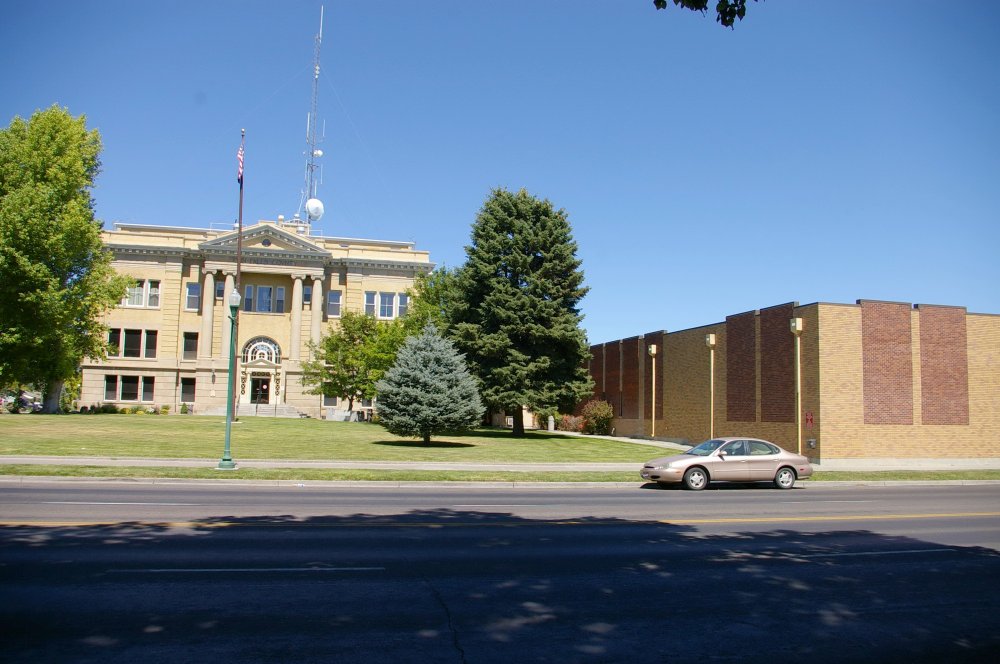 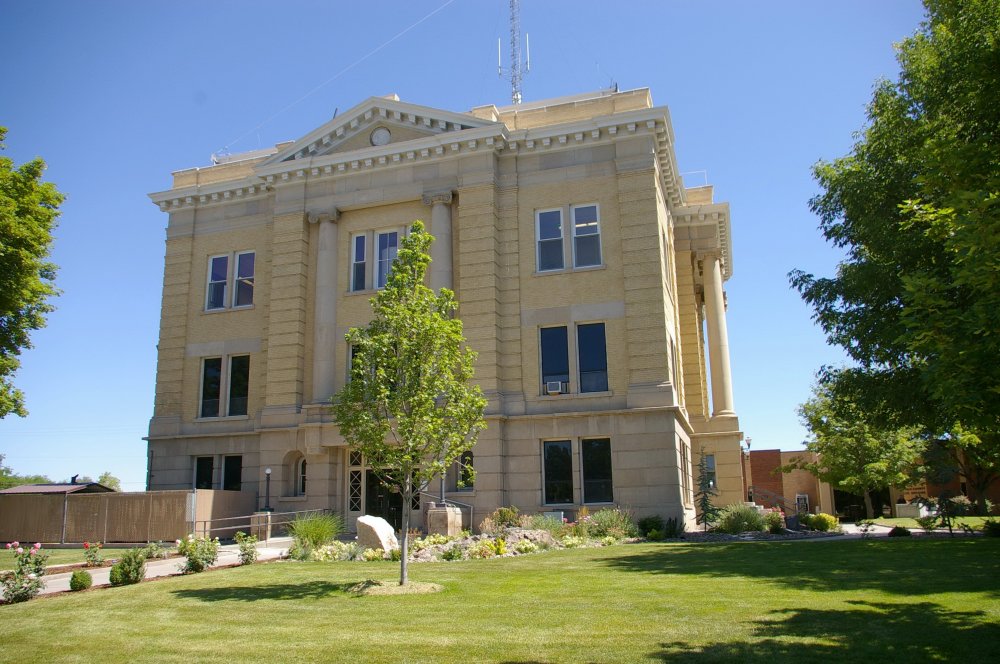 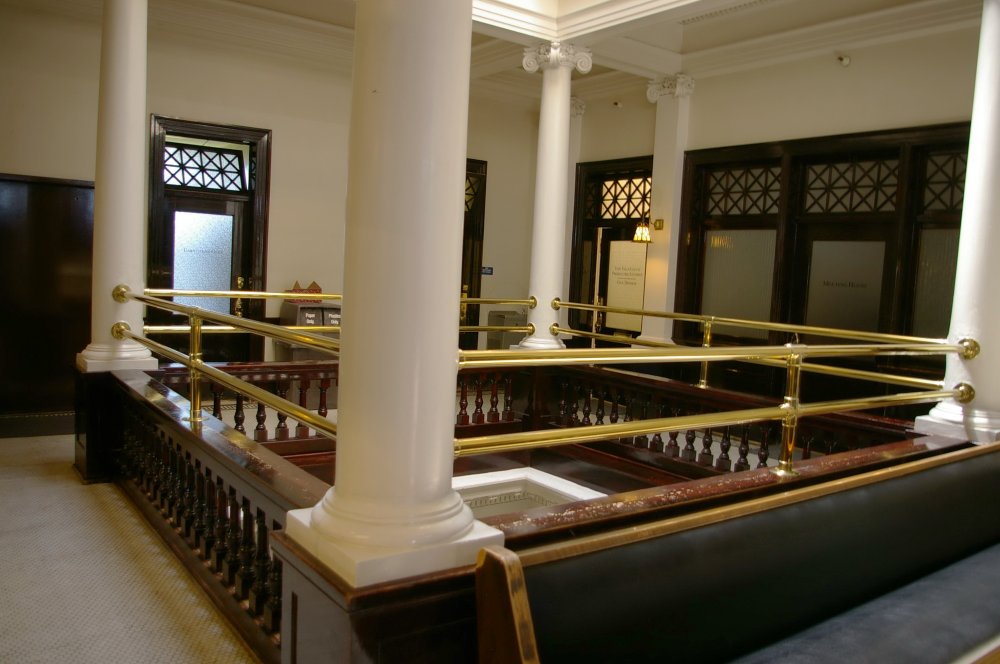 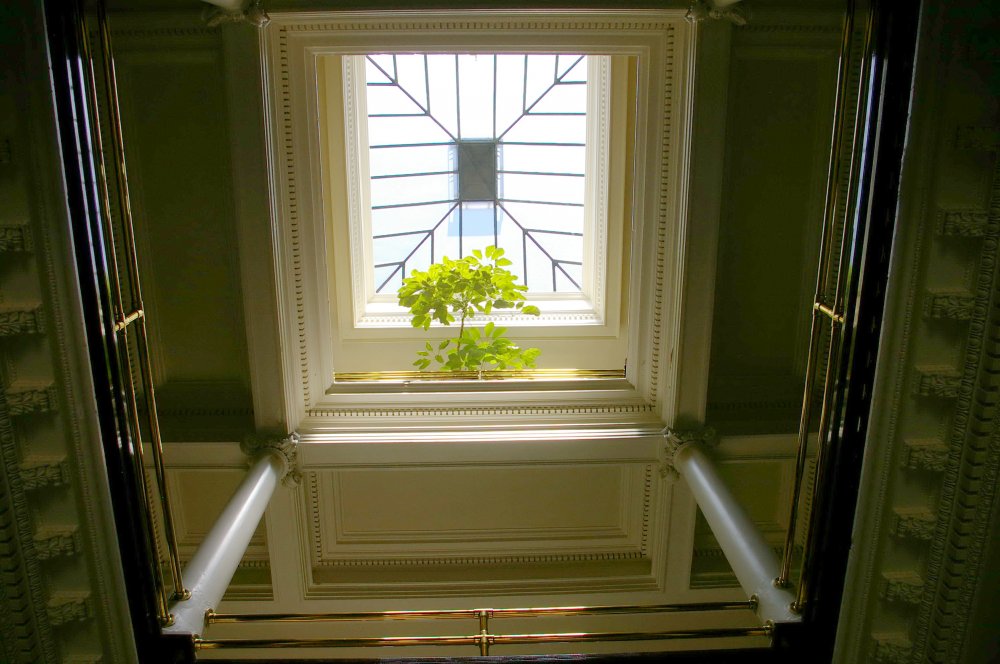 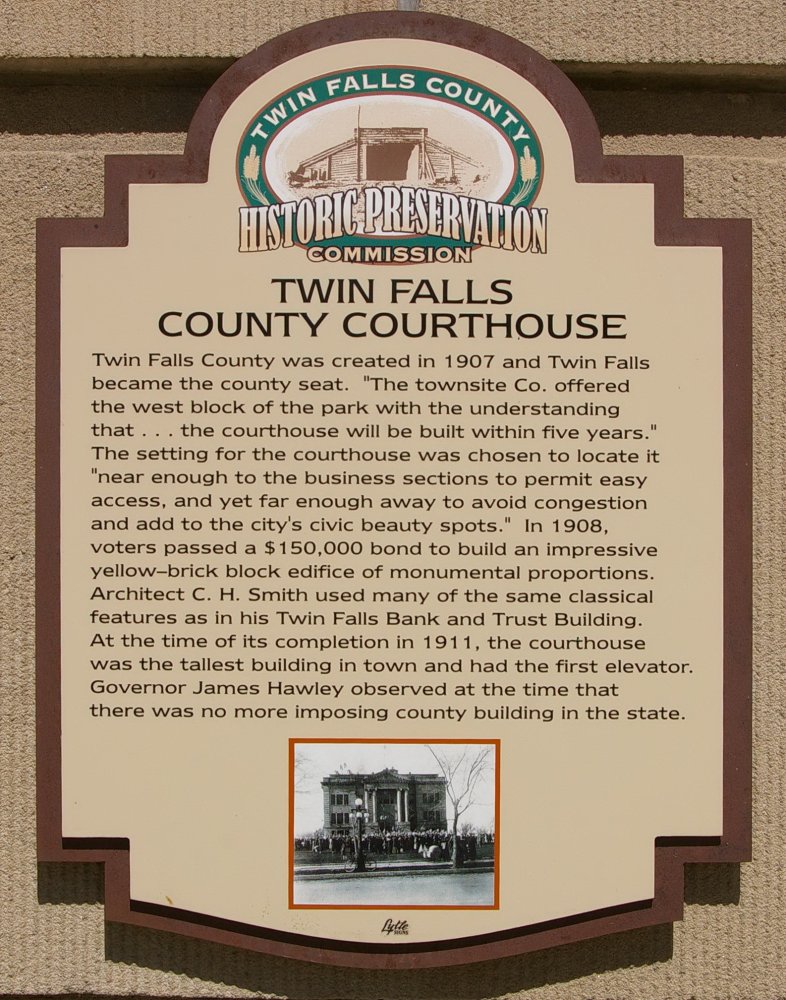 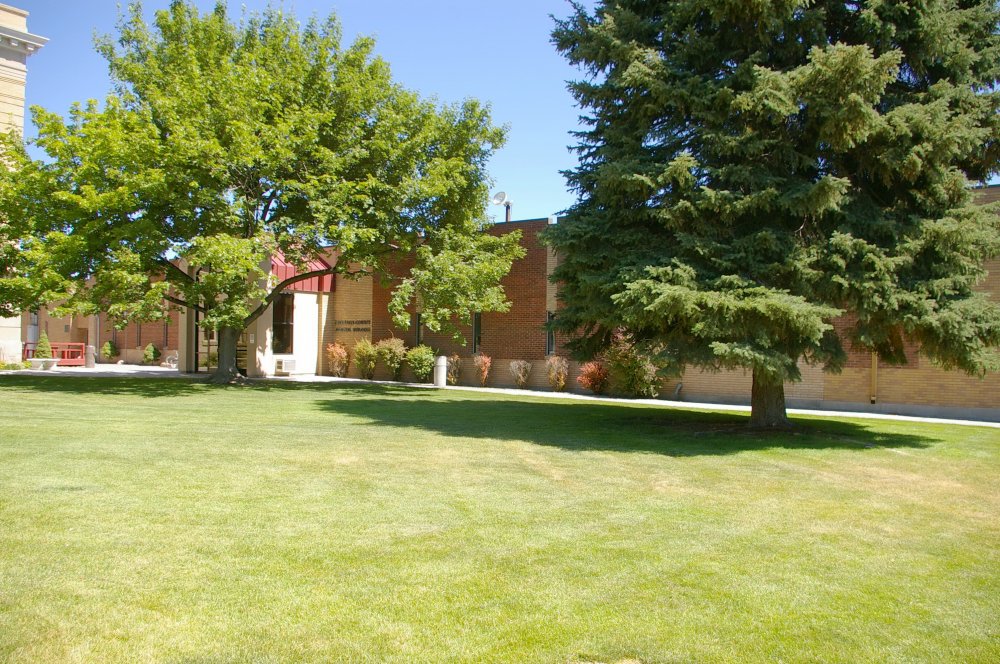 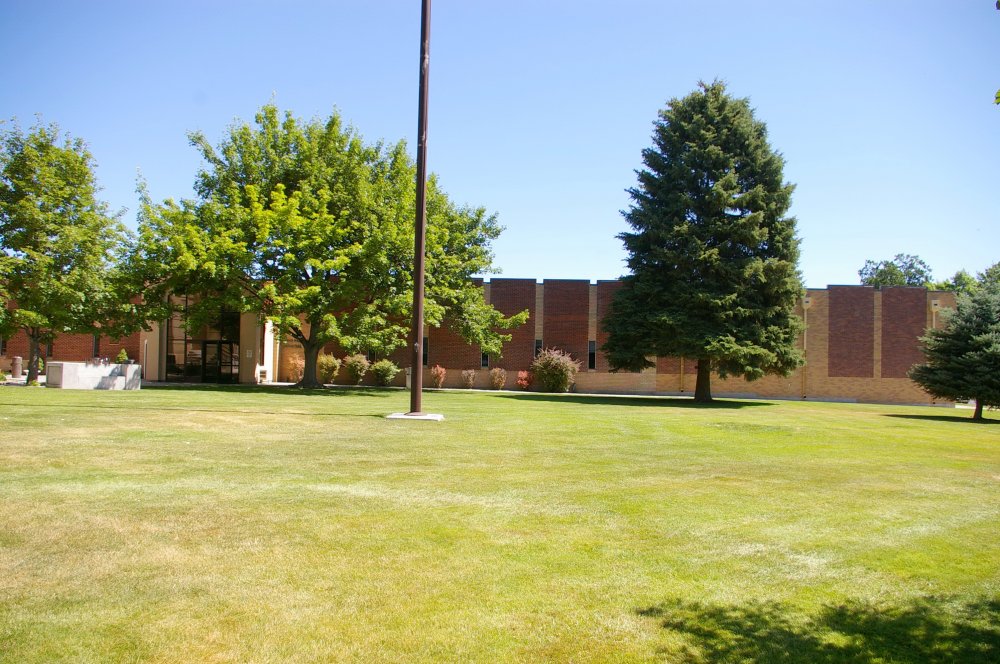 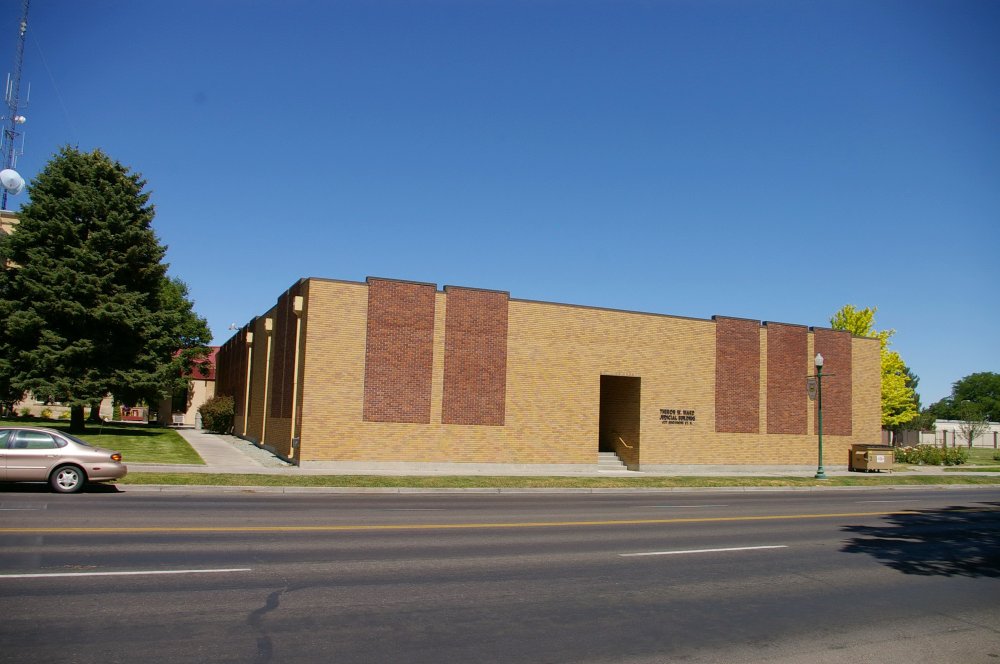 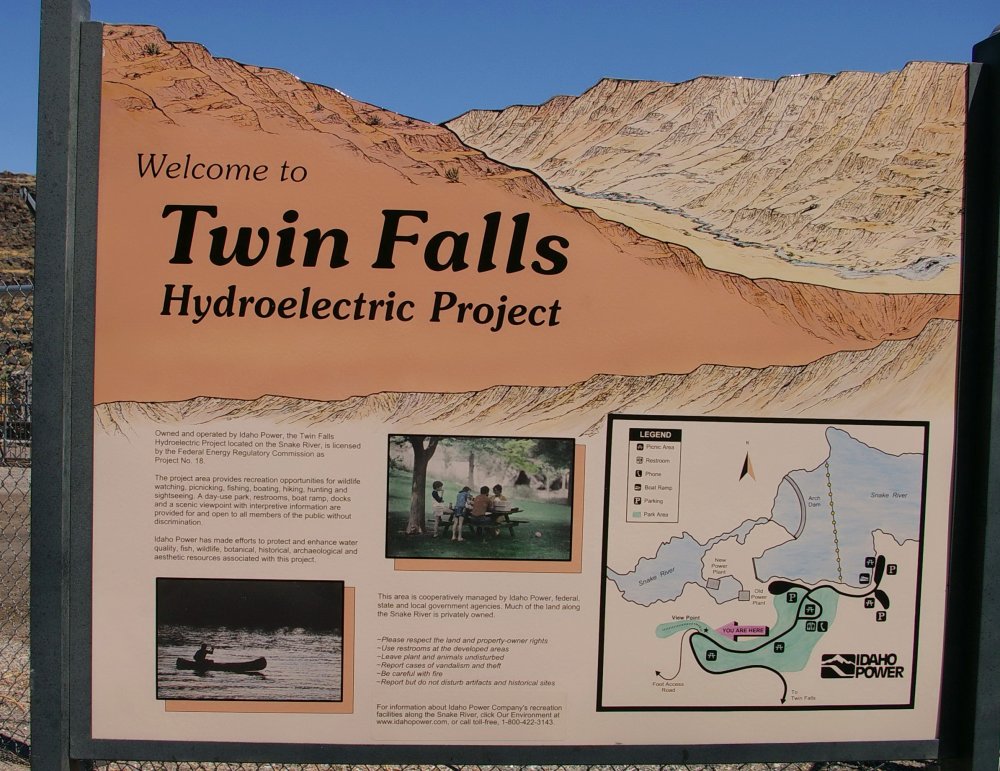