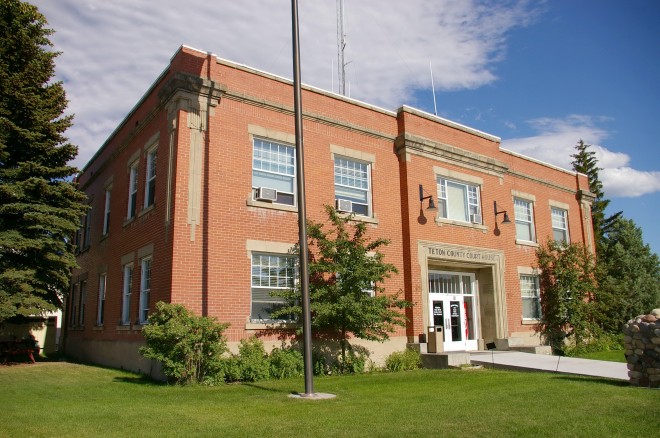 Architect:  C A Sundberg of Rexburg

Description:  The building  faces west and is a two story red colored brick, stone and concrete structure. The building is located on landscaped grounds in the center of Driggs. The west front has a central recessed entrance which is trimmed with stone. The center section projects slightly from the main building. The building has an orange-red colored brick veneer laid in common bond with no header rows. There is a horizontal band below the roof line and there is trim on the corners. The roof line is flat. An addition was constructed on the east side. 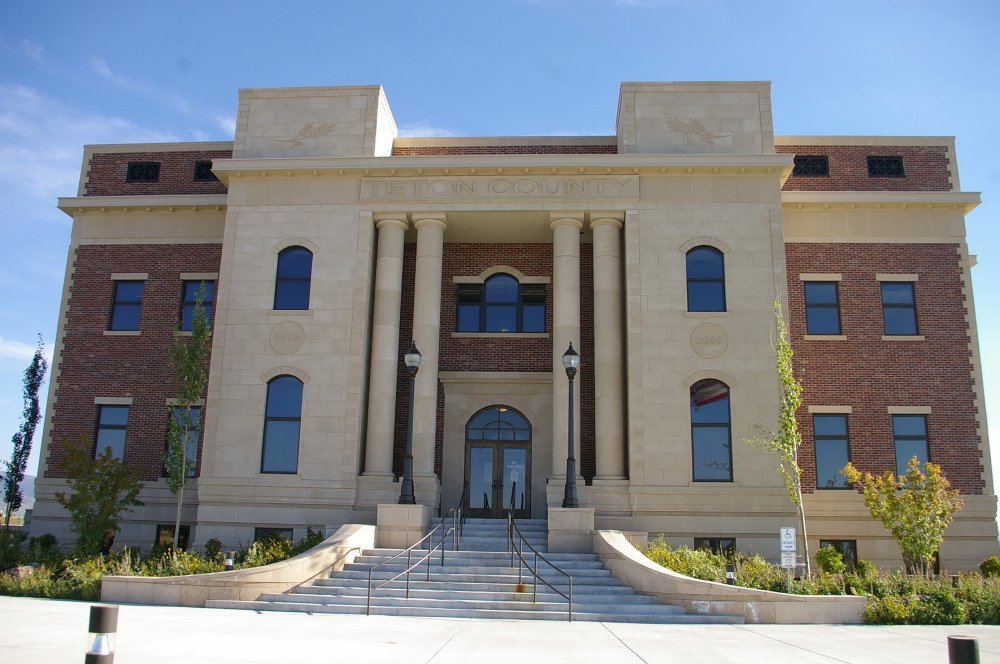 Architect:  Plan One Architects of Driggs

Description:  The building faces north and is a two story red colored brick, stone and concrete structure. The building is located on spacious landscaped grounds to the west of the center of Driggs. The north front has a projecting center section with a recessed center having four columns rising to a wide header and recessed entrance. Above the second story windows is wide cornice. The roof line is flat. The building houses the County District Court and County Magistrate Court of the 7th Judicial District. 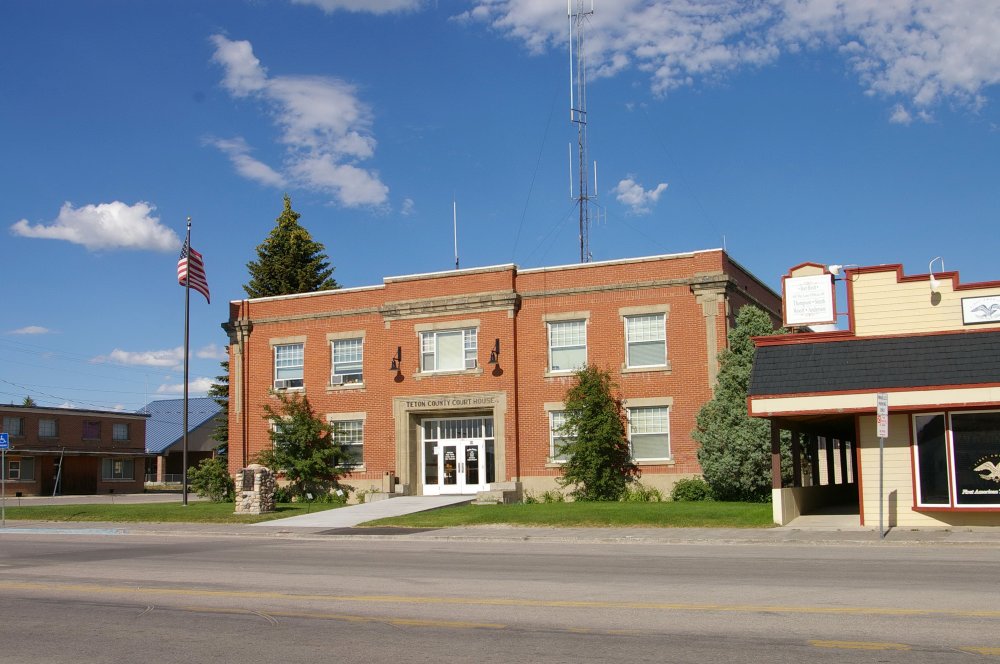 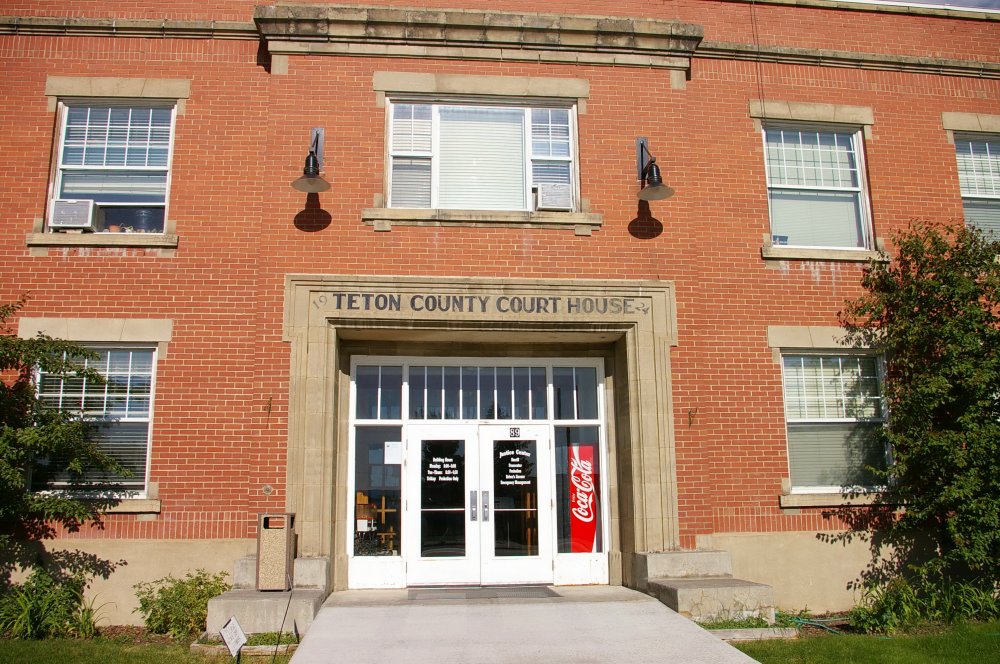 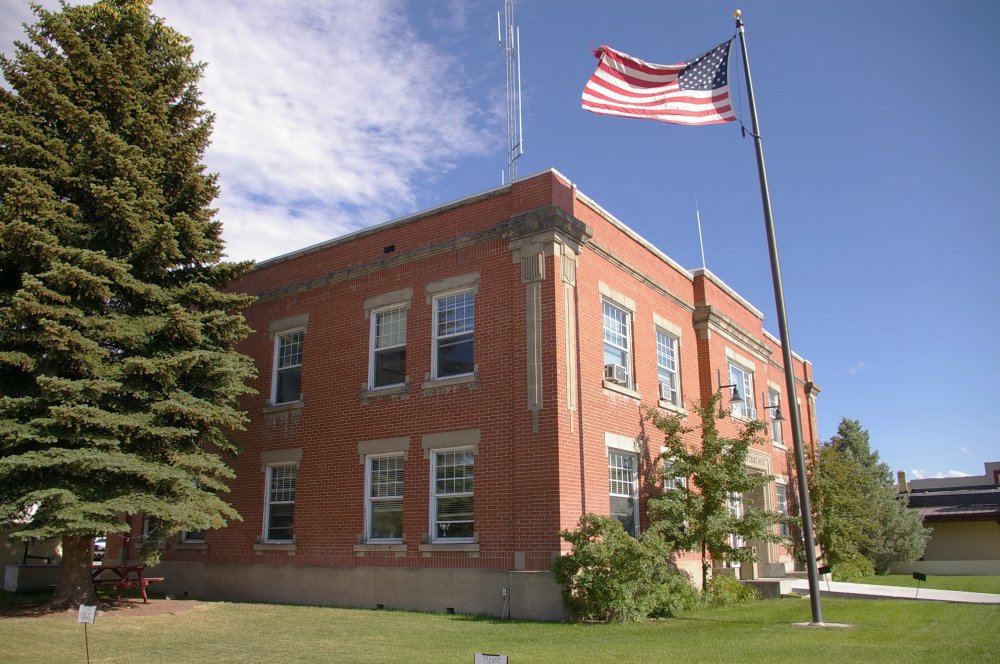 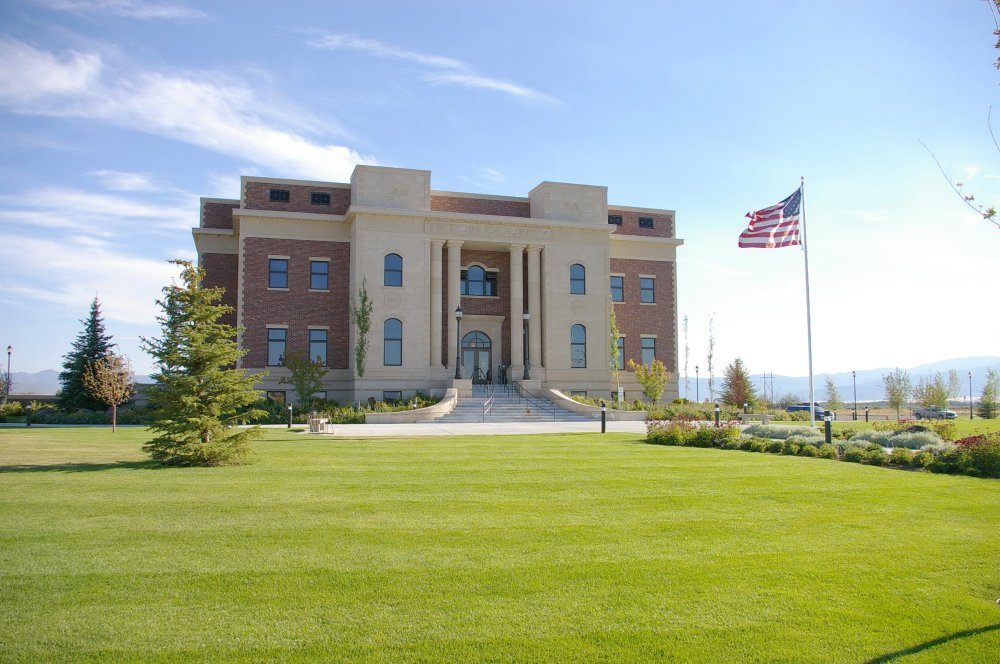 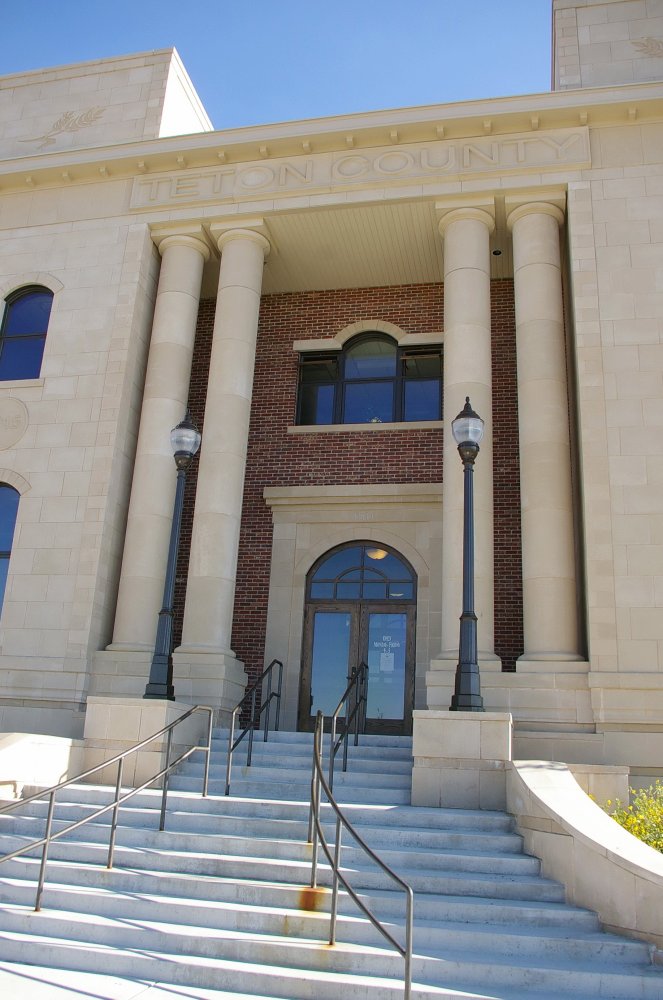 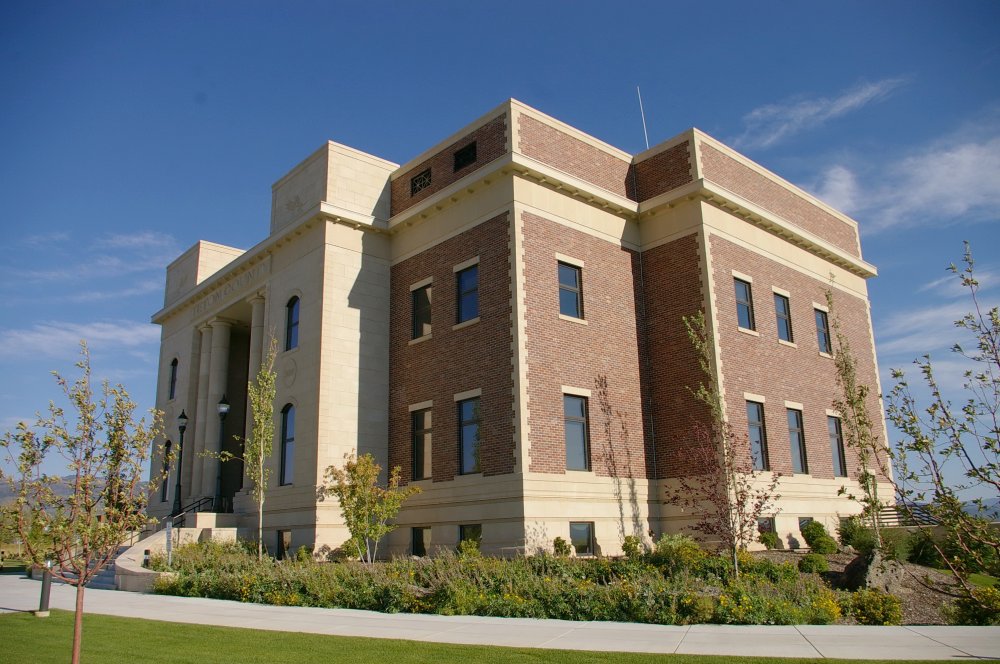 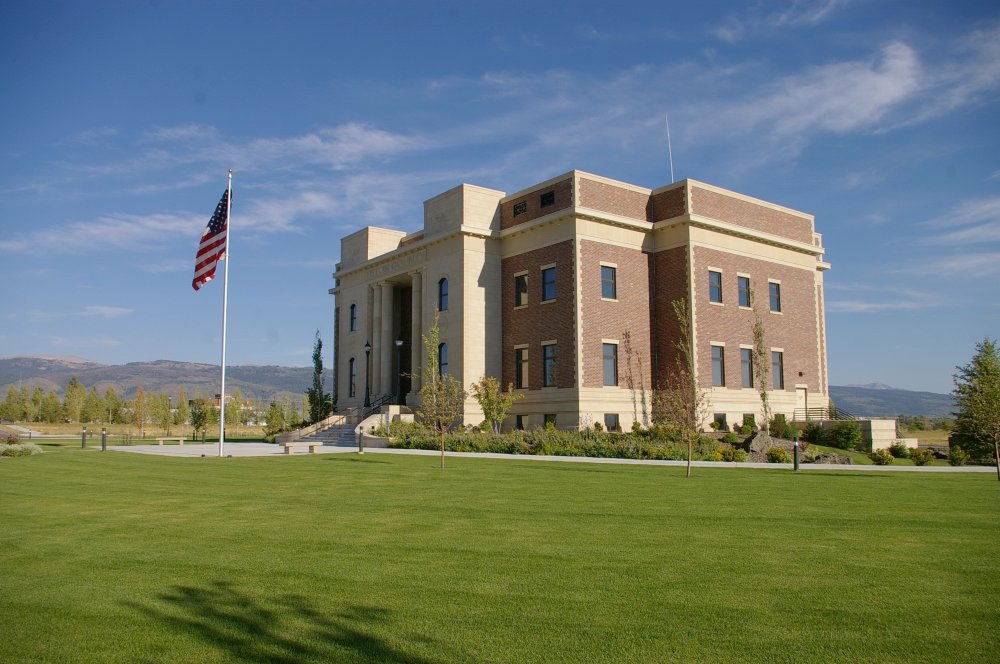