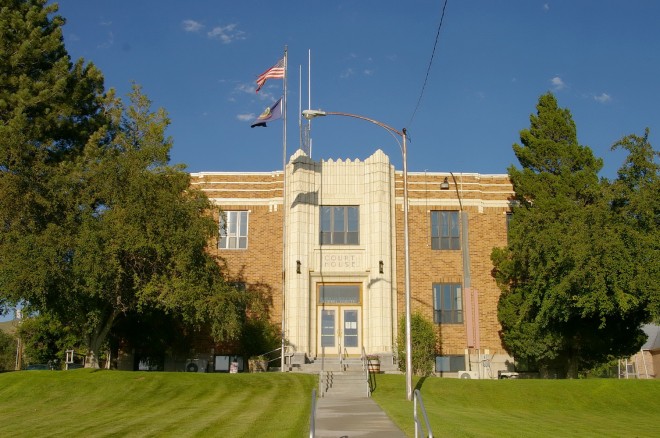 Oneida County is named for Oneida Lake in New York state from where early settlers were from, and which lake is named for the Oneida Native America tribe.

Description:  The building  faces west and is a two story buff colored brick, steel and concrete structure. The building is located on landscaped grounds in the center of Malad. The building has a raised basement.  The west front has five bays and a projecting center section with recessed entrance on the first story and large window on the second story. Cream colored terra cotta cast with foliate, bundled sheaf and zigzag designs decorates the fluted pillars on either side of the entrance. Horizontal bands run below the flat roof line. In the interior, there is a central hallway leading to a lateral rear hallway. There are red, green and black colored terrazzo floors and plaster walls with large scale ceiling molding. The stair rail is capped with yellow colored tiles and there are tiled water fountain insets. The second story has skylights and houses the courtroom. The building houses the County District Court and County Magistrate Court of the 6th Judicial District. The building is a Works Project Administration project.

History:  The county was created in 1864 and Soda Springs (now in Caribou County ) was selected as the county seat. In 1866, the county seat was moved to Malad City. The county used rented premises. The first courthouse was a two story Italianate structure designed by Frank C Woods and built in 1881. The second and present courthouse was constructed in 1938 to 1939 at a cost of $63,000. 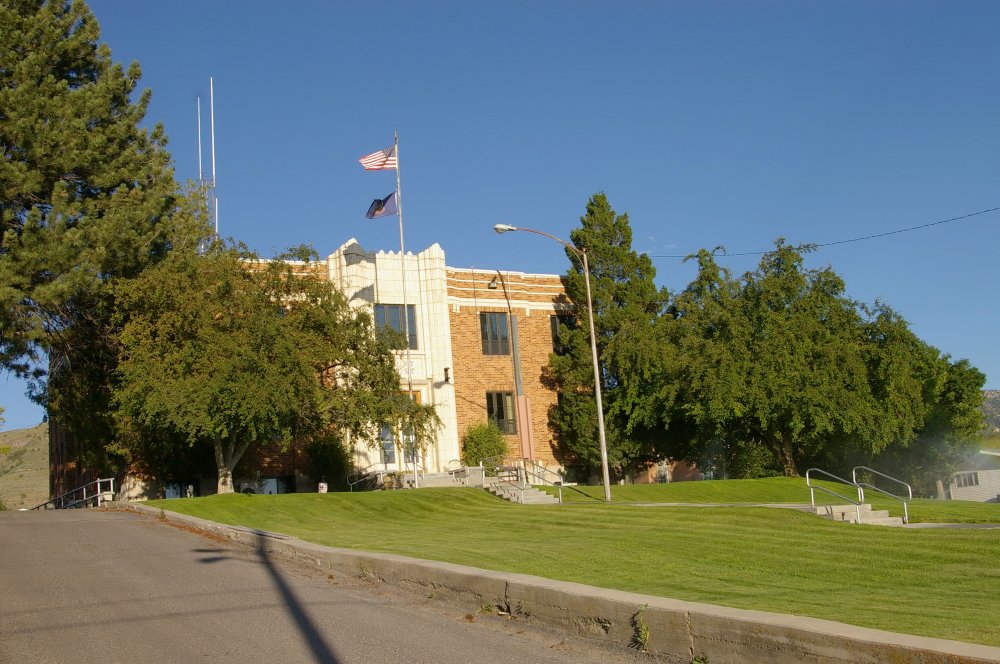 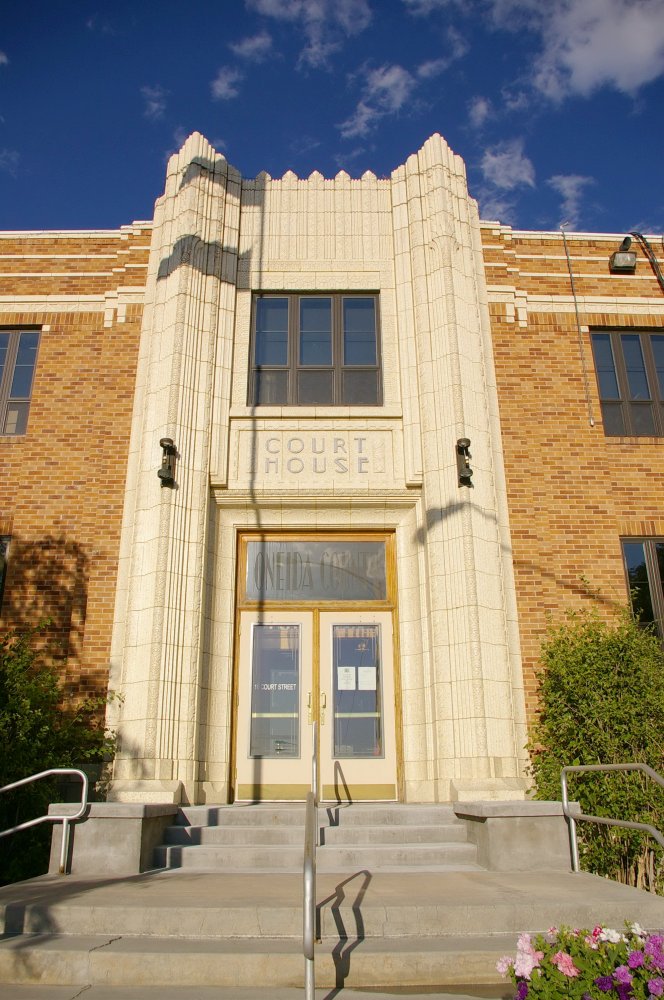 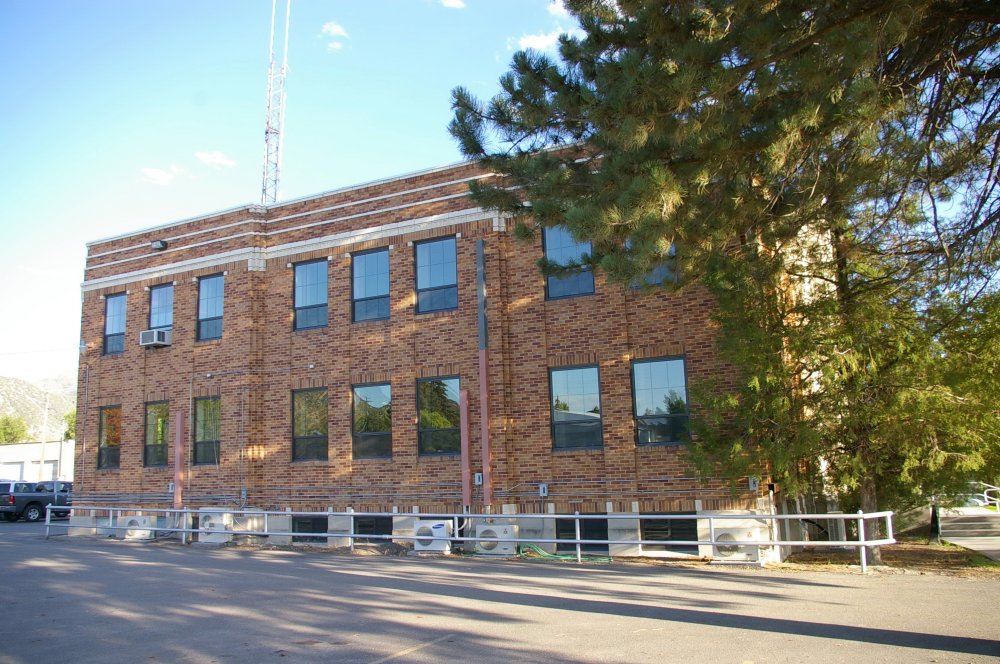 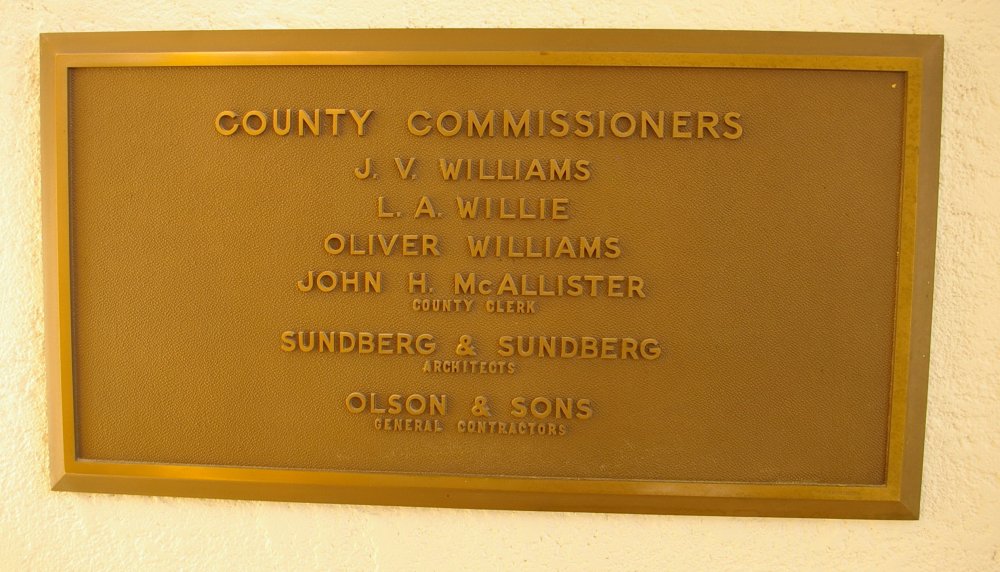