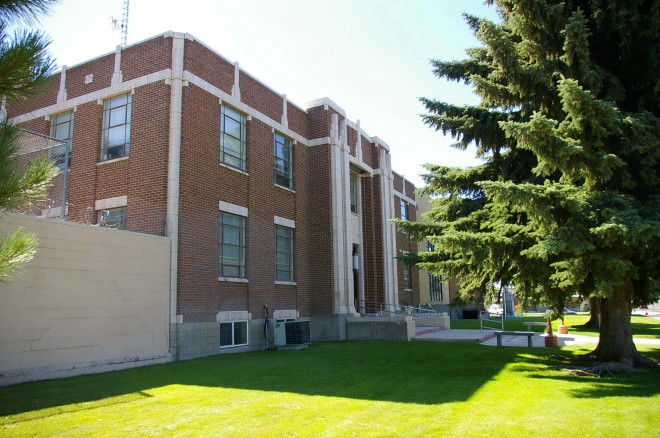 Jerome County is named for Jerome Hill, who was the developer of the North Side Irrigation Project, or for his son-in law Jerome Kuhn or his grandson Jerome Kuhn Jr.

Description:  The building  faces west and is a two story red colored brick and concrete structure. The rectangular shaped building is located on landscaped grounds in the center of Jerome. The basement is raised. The west front has a projecting central section with recessed entrance with large window on the second story. The building has white terra cotta trim, fluted pillars and a flat roof line. In the interior there is a central hall plan running the length of the building, and there are green and buff colored terrazzo floors, plaster walls with egg and dart ceiling molding., tiled stairway wall, second story skylights and Art Deco light fixtures. The courtroom is located on the second story. The building houses the County District Court and County Magistrate Court of the 5th Judicial District. An addition was added on the south side in 1974 and 1975. The architect was Sundberg and Subndberg and the contractor was Neilsen & Company.

History:  The county was created in 1919 and Jerome was selected as the county seat. The county used rented premises. The first and present courthouse was constructed in 1937 to 1939 at a cost of $87,000. 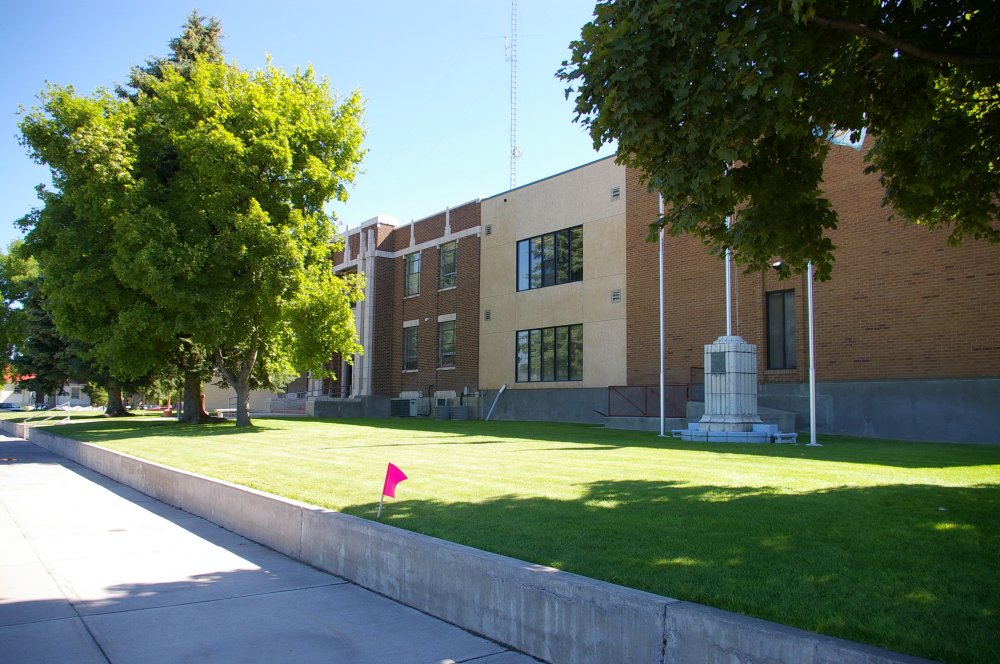 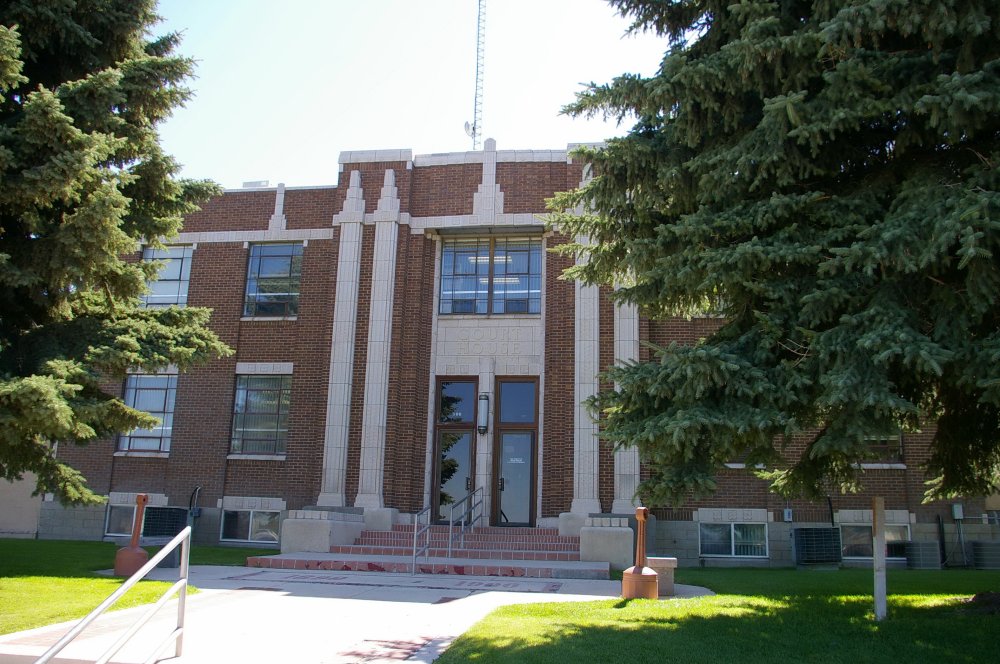 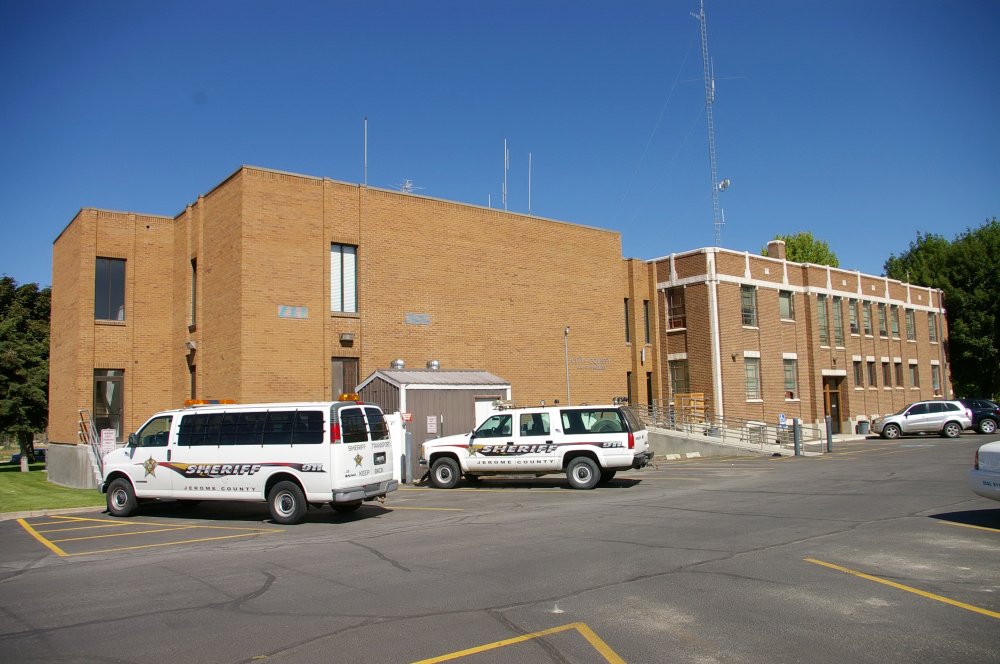 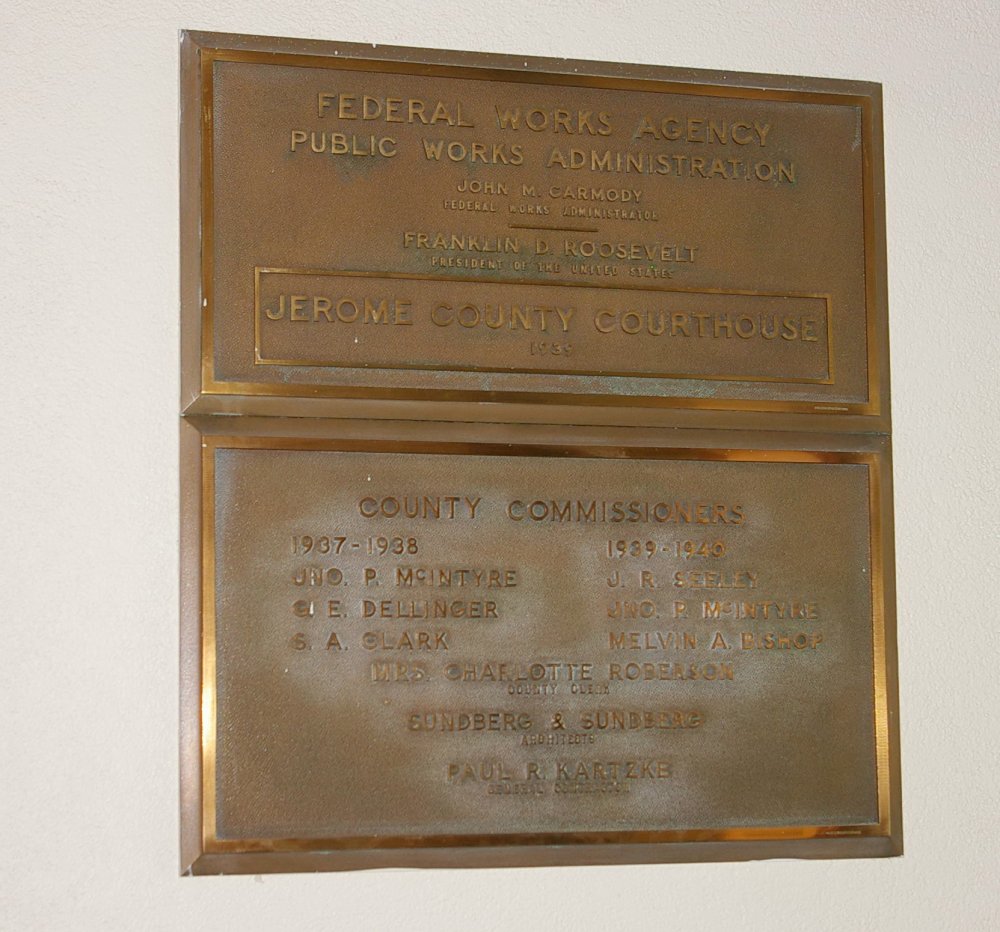 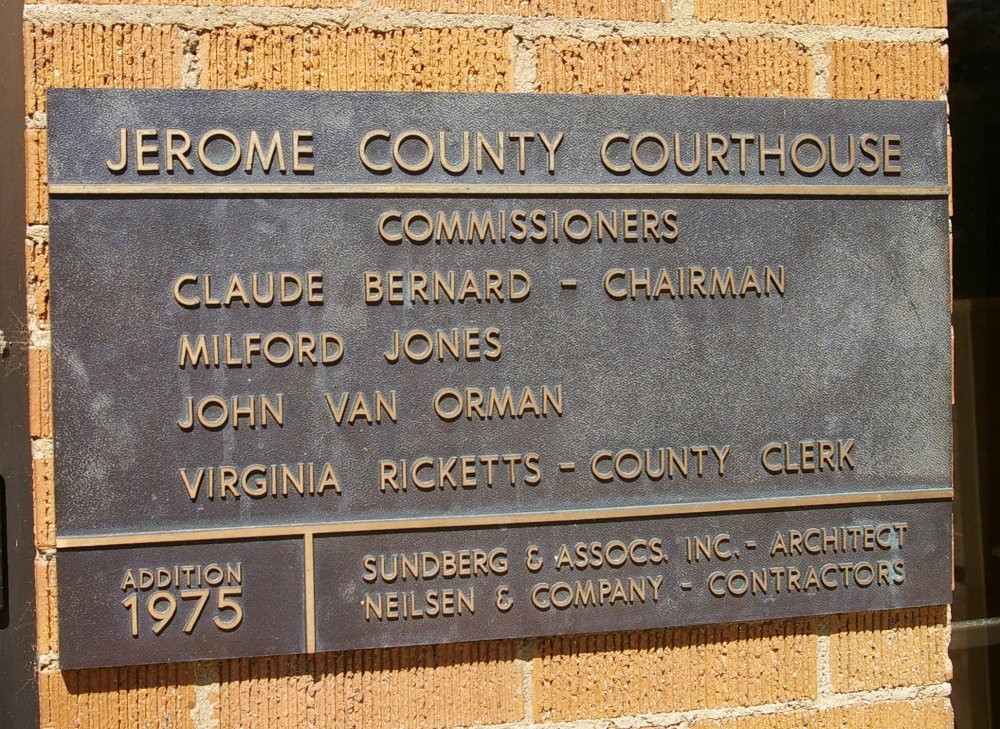