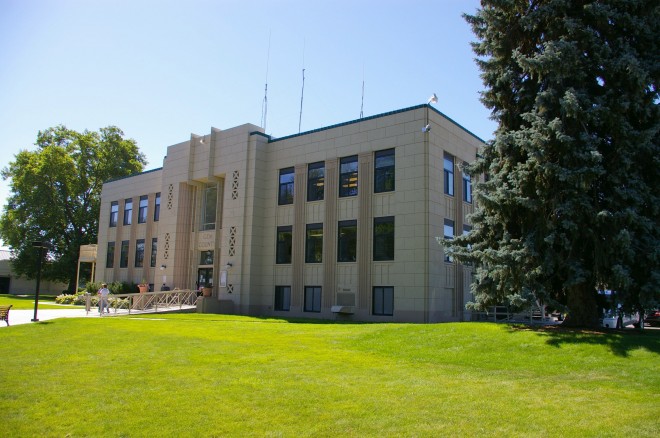 Gem County is named for the nickname of Idaho, the “Gem State”, and the fruit growers called the valley “Gem of Plenty”. 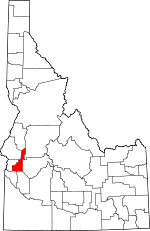 Architect:   Frank Hummel of Tourtellotte and Hummel of Boise

Description:  The building  faces north and is a two story gray colored stone, concrete and glass structure. The rectangular shaped building is located on landscaped grounds in the center of Emmett. The center section projects from the main building and rises above the roof line. The entrance is recessed with a recessed window above on the second story. Vertical dividers separate the windows. The roof line is flat. The courtroom is located on the second story. The building houses the County District Court and County Magistrate Court of the 3rd Judicial District. The building was constructed as a Works Project Administration.

History:  The county was created in 1915 and Emmett was selected as the county seat. The first courthouse was a frame structure which burned in 1920. The county rented premises. The second and present courthouse was constructed in 1938 to 1939 at a cost of $66,276. 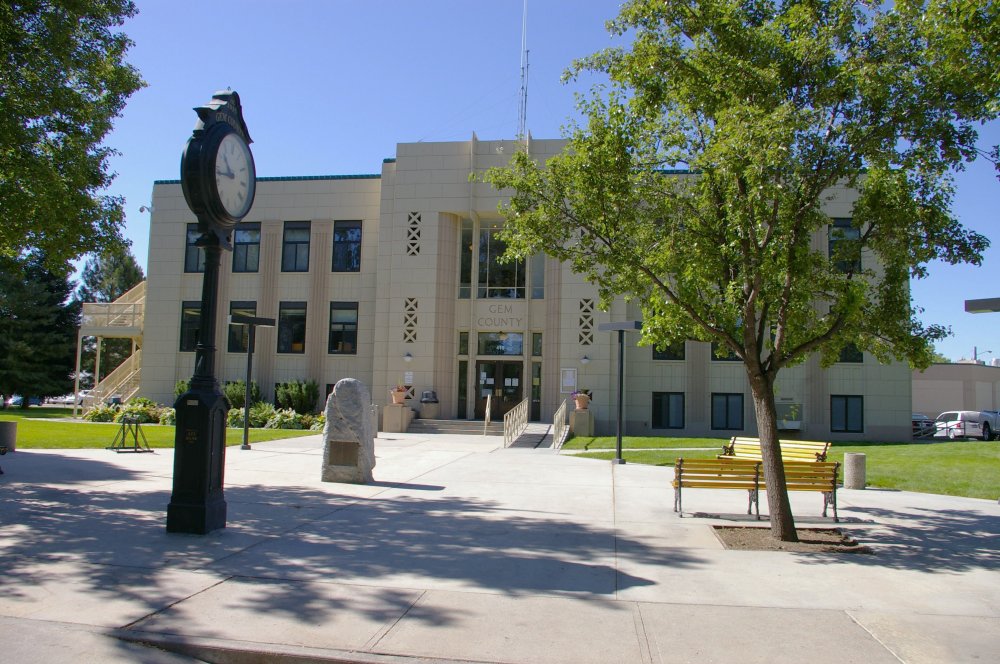 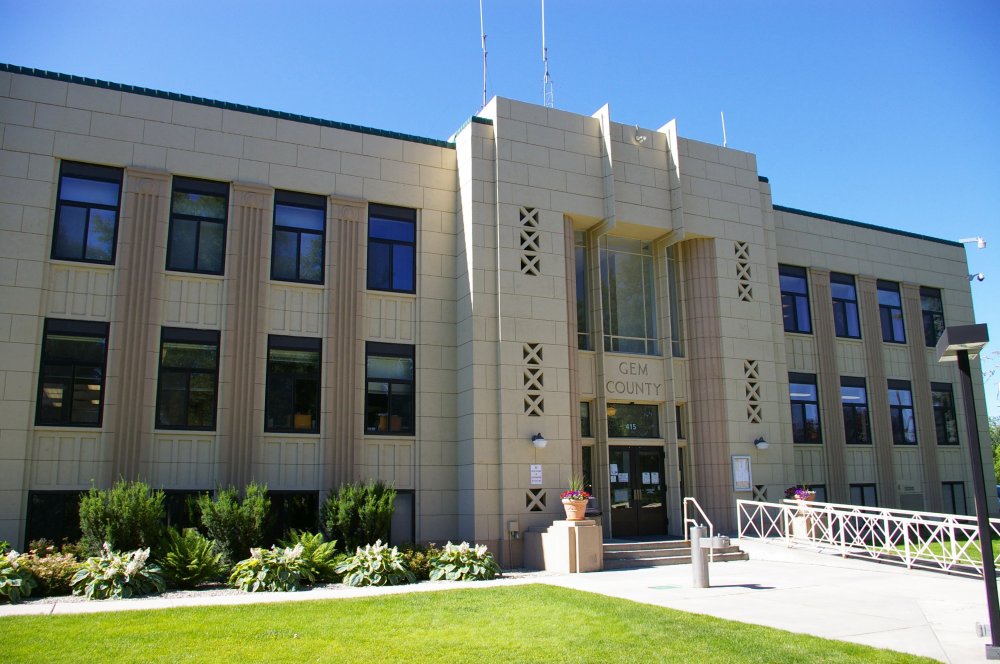 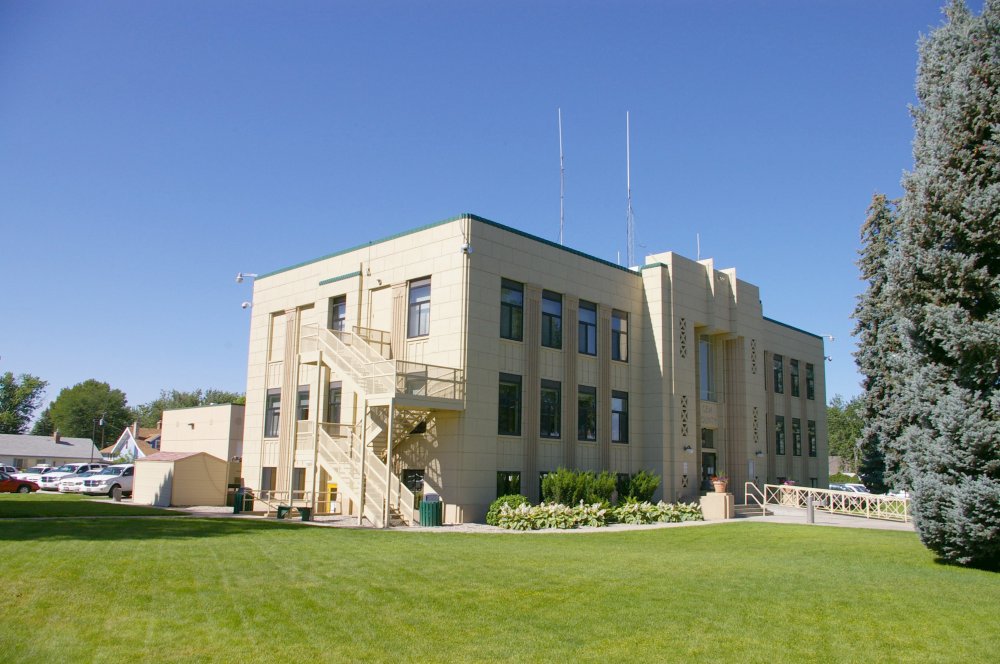 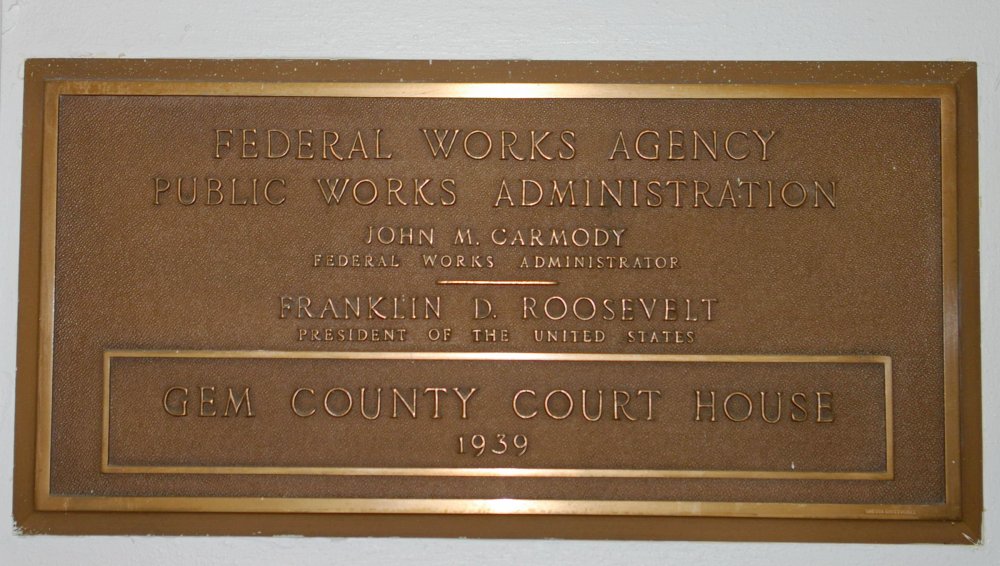