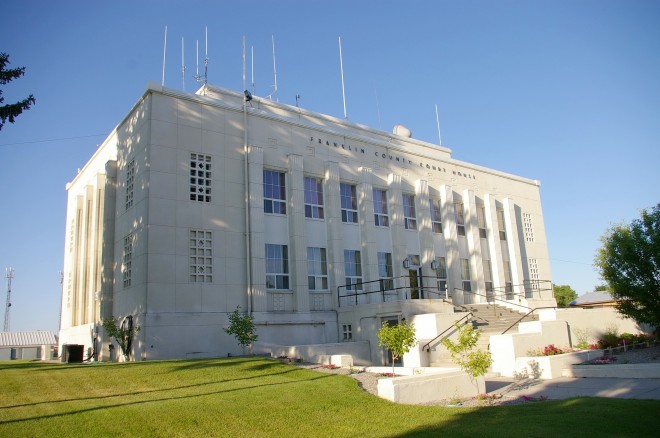 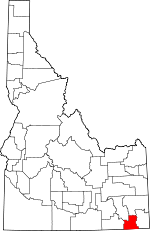 Description:  The building  faces north and is a three story white colored veneer of paint and sand and concrete structure. The rectangular shaped building is located on landscaped grounds in the center of Preston. The building has a raised basement. The north front has eleven bays with windows between. Windows on the west and east sides are set behind concrete grillwork. The roof line is flat. In the interior, the building has a lateral hallway and a curved double staircase leading up to the second story. The walls are plaster sectioned with strips of wood molding. The ceilings are plaster with inset coving. The woodwork is oak finished with a pale varnish. The courtroom is located on the second story. The building houses the County District Court and County Magistrate Court of the 6th Judicial District. The building was constructed as a Public Works Administration project. W F Thomas supervised the construction and the inspector was Albion Wicklund.

History:  The county was created in 1913 and Preston was selected as the county seat. The county rented space in the Larson Block which served as the first courthouse and then in the Greaves Building which was enlarged to serve as the second courthouse. The third and present courthouse was constructed in 1938 to 1939 at a cost of $135,000. 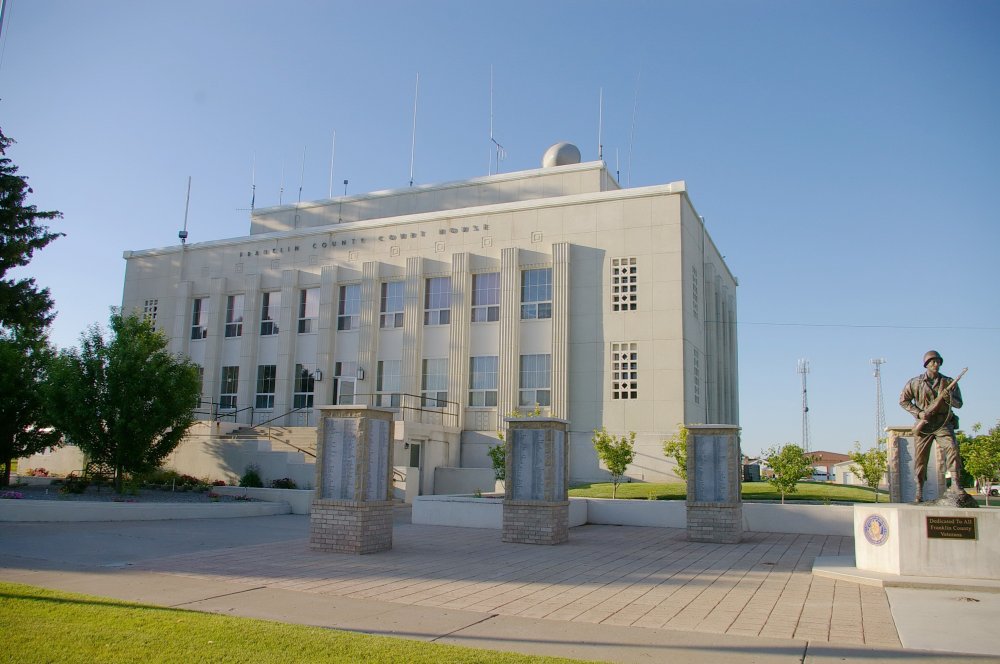 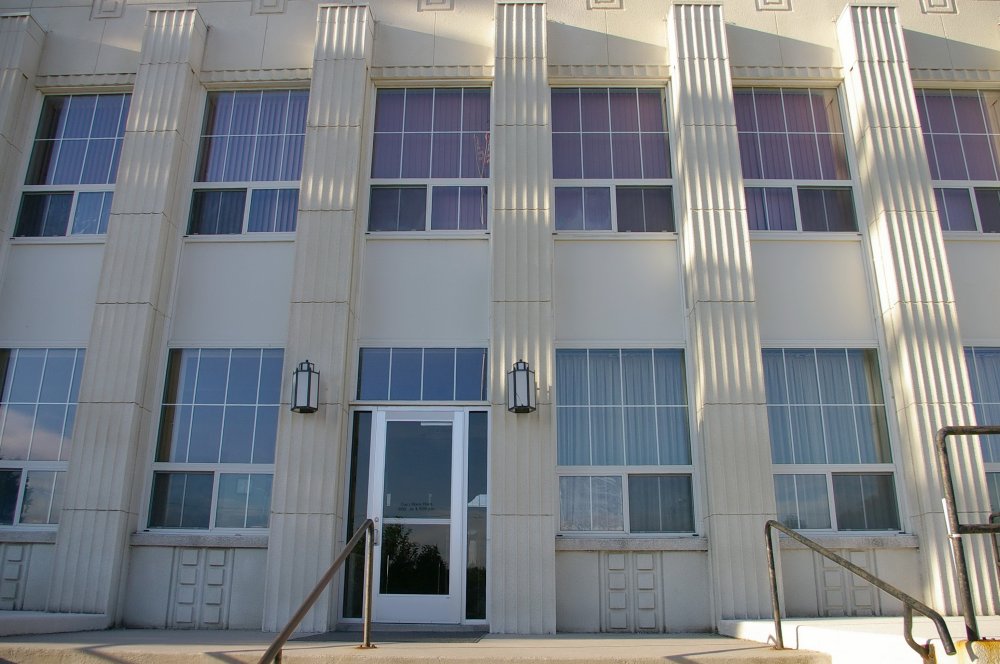 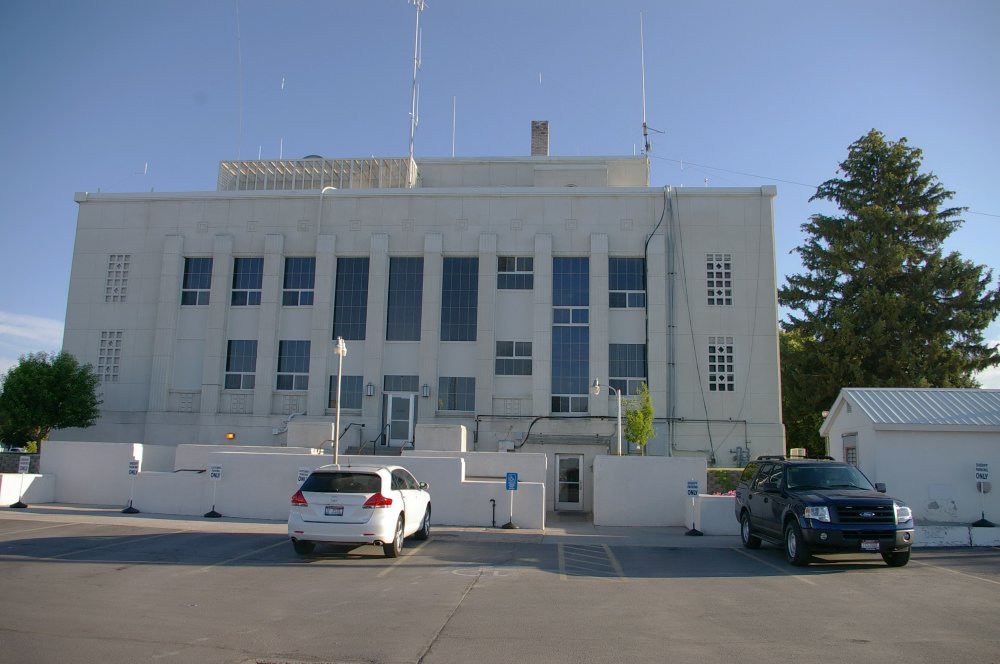 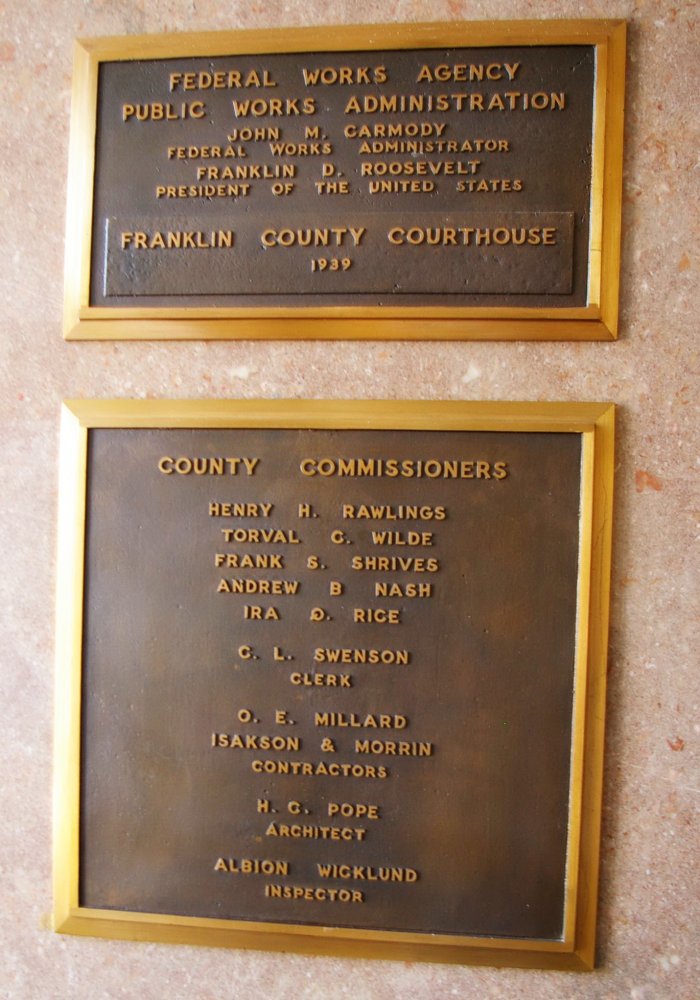