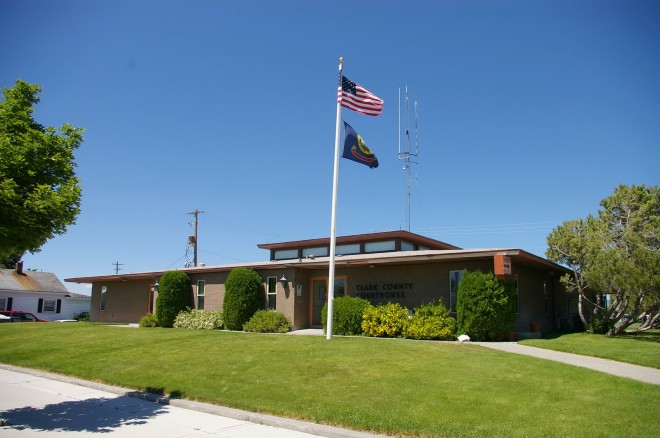 Clark County is named for Sam K Clark, who was an early settler and a member of the Idaho Senate.

Description:  The building  faces south and is a one story light red colored brick, glass and concrete structure.The south front has a recessed entrance on the east side and on the west side. On the roof is a raised section with horizontal windows. The roof line is flat. The building houses the County District Court and County Magistrate Court of the 7th Judicial District.  In 1976 and 1977, an addition containing the jail was built on the north side.The architect was Sundberg and Associates and the contractor was  Joe D Treasurer Construction. 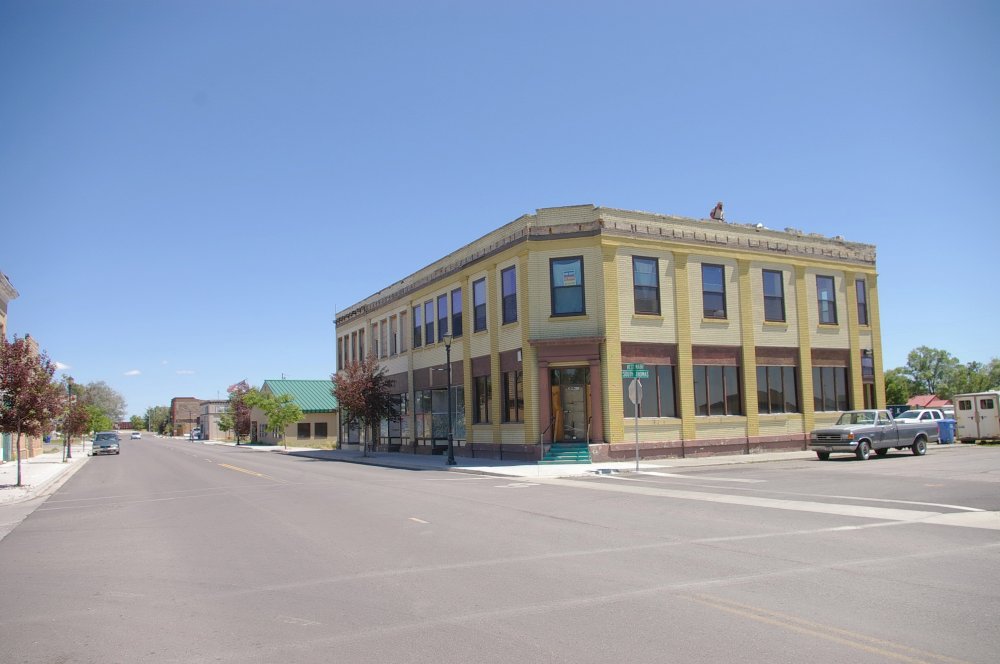 Description:  The building  faces north and is a two story yellow colored brick and concrete structure. The building is located on landscaped grounds in the center of Dubois across from the courthouse. The court occupied the east part of the building.

History:  The county was created in 1919 and Dubois was selected as the county seat. The first courthouse was housed in part of a building in Dubois The Second and present courthouse was constructed in 1974 to 1975 at a cost of $266,774. 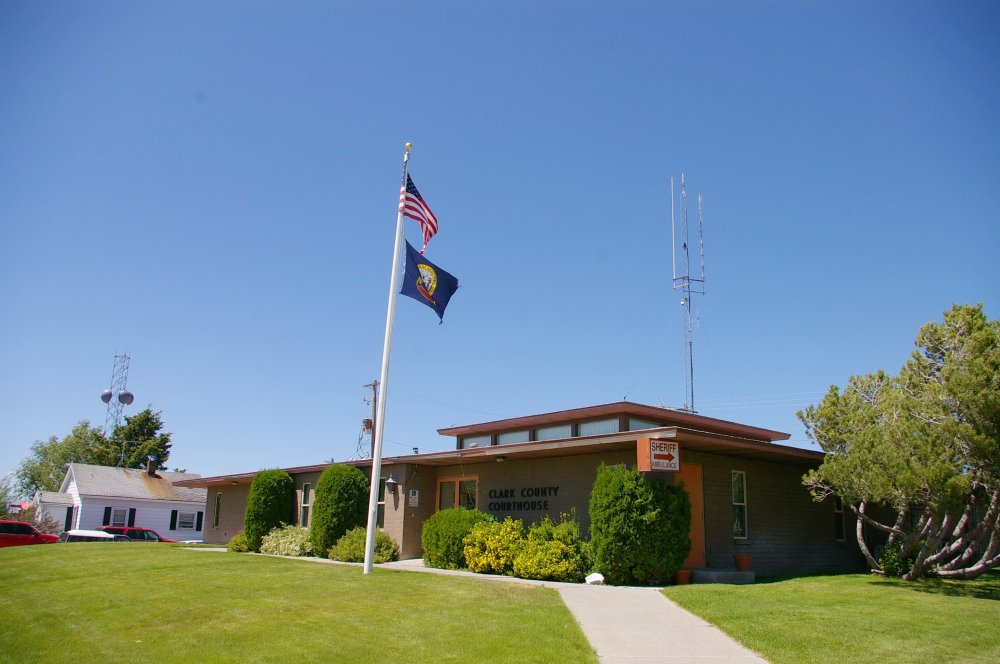 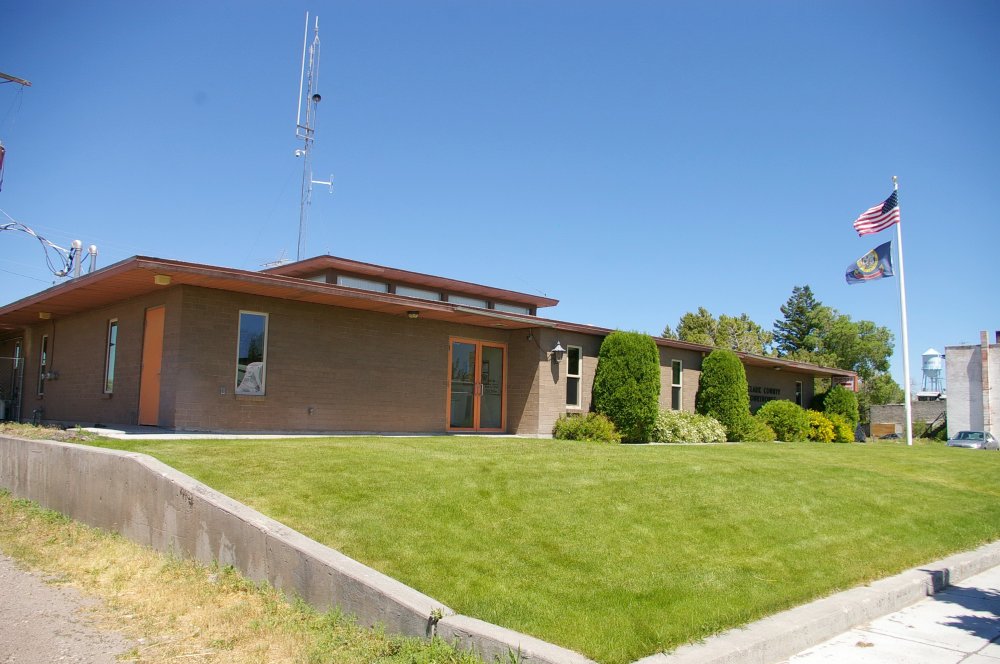 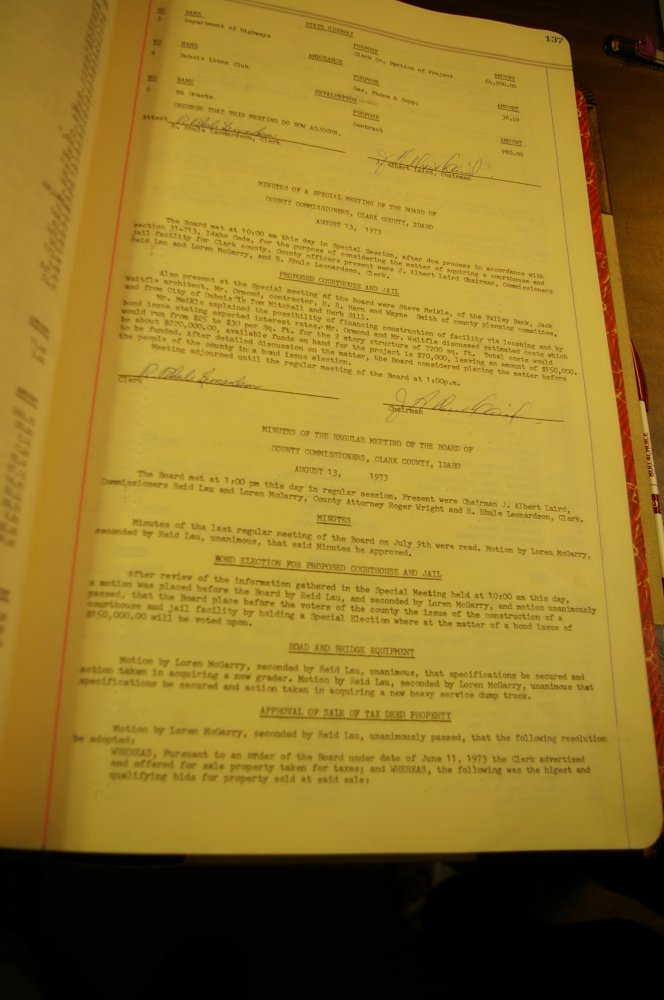 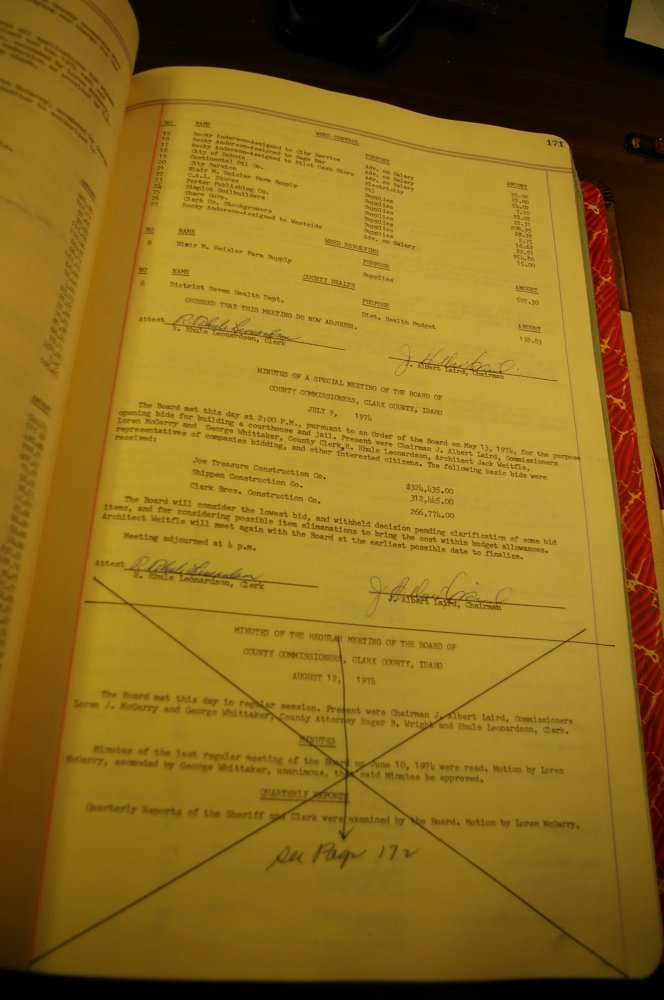 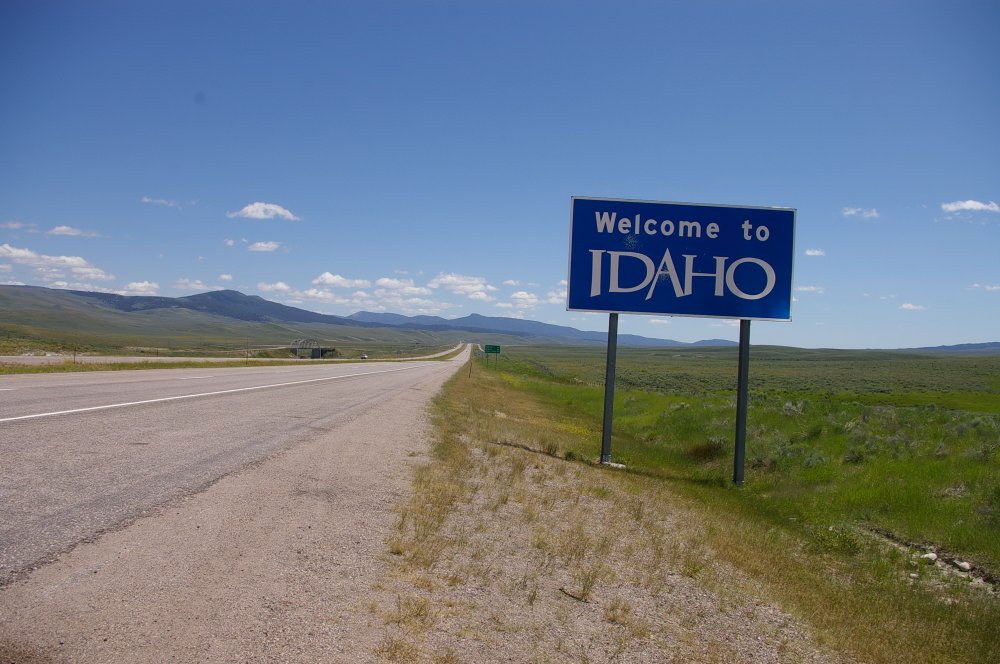