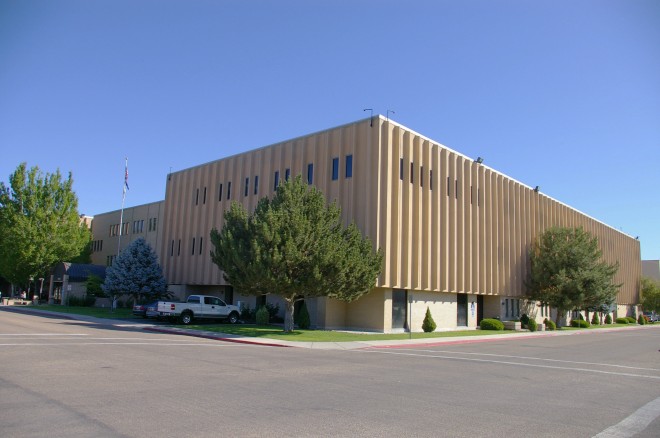 Canyon County is named for the canyon of the Boise River or for the Snake River Canyon which forms the boundary with Oregon State. 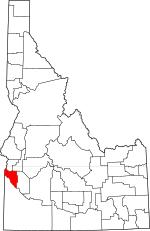 Description:  The building  faces southwest and is a two story buff colored concrete and glass structure. The building is located on landscaped grounds in the center of Caldwell. There are three story rectangular shaped wings on the northwest and southeast sides. The southwest central section is recessed. The roof line is flat. In the center is an open courtyard with the walls of the old courthouse along the north side. The building houses the County District Court and County Magistrate Court of the 3rd Judicial District. On the northeast side is the County Jail and on the northwest side is the County Administration Building.

History:  The county was created in 1891 and Caldwell was selected as the county seat in 1892. The first courthouse was built at Albany Street and Belmont Street. The second courthouse was designed by Wayland & Fennell and constructed by Whiteway & Hicks in 1906 to 1907 at a cost of $62,000. The third and present courthouse was constructed around the previous courthouse which was then demolished in 1974 to 1975. 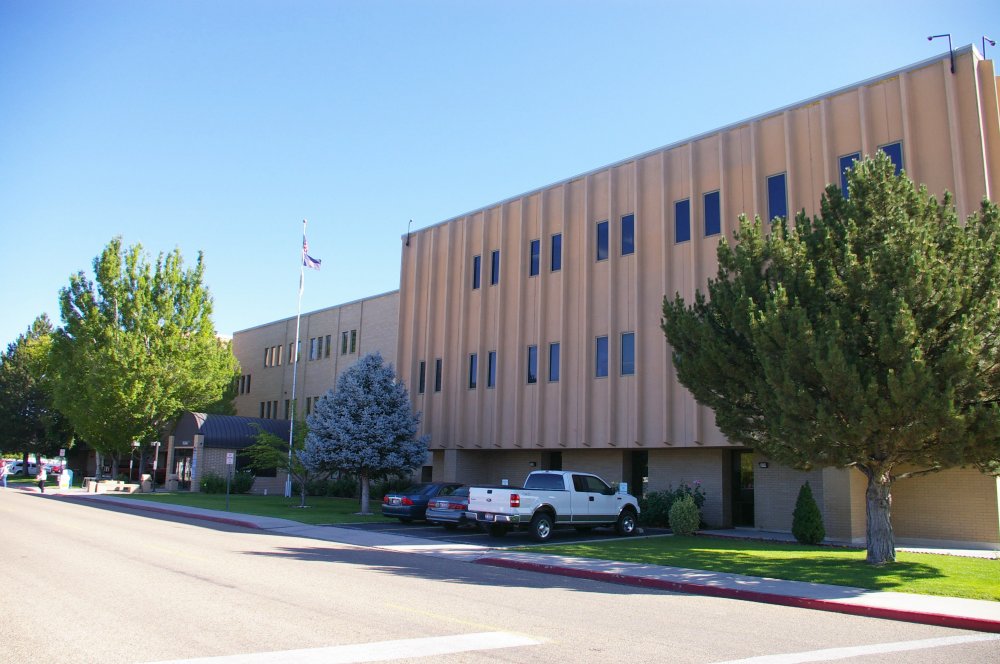