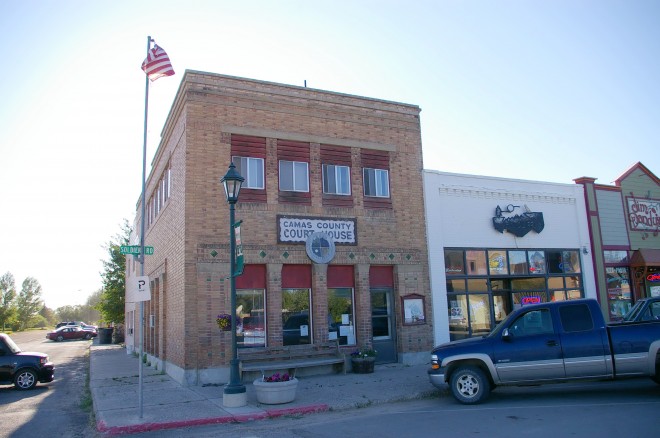 Camas County is named for the Camassia, which is plant species important as a food source among Native Americans and early settlers.

Description:  The building  faces east and is a two story buff colored brick and concrete structure. The building is located on the street corner in the center of Fairfield and was a former bank. The main entrance is on the north side of the east front. The roof line is flat. In the interior, the courtroom is located on the second story. The building houses the County District Court and County Magistrate Court of the 5th Judicial District. On the west side is the white colored addition.

Note:  The courthouse was once the first bank in Fairfield managed by George Horrell who supervised the construction. The bank folded under uncertain circumstances and George Horrell spent some time in prison for his involvement. The County moved into the building in 1935.

History:  The county was created in 1917 and Fairfield was selected as the county seat. The county used rented premises. The first and present courthouse was a bank building built in 1915 to 1916 and occupied as the courthouse in 1935. 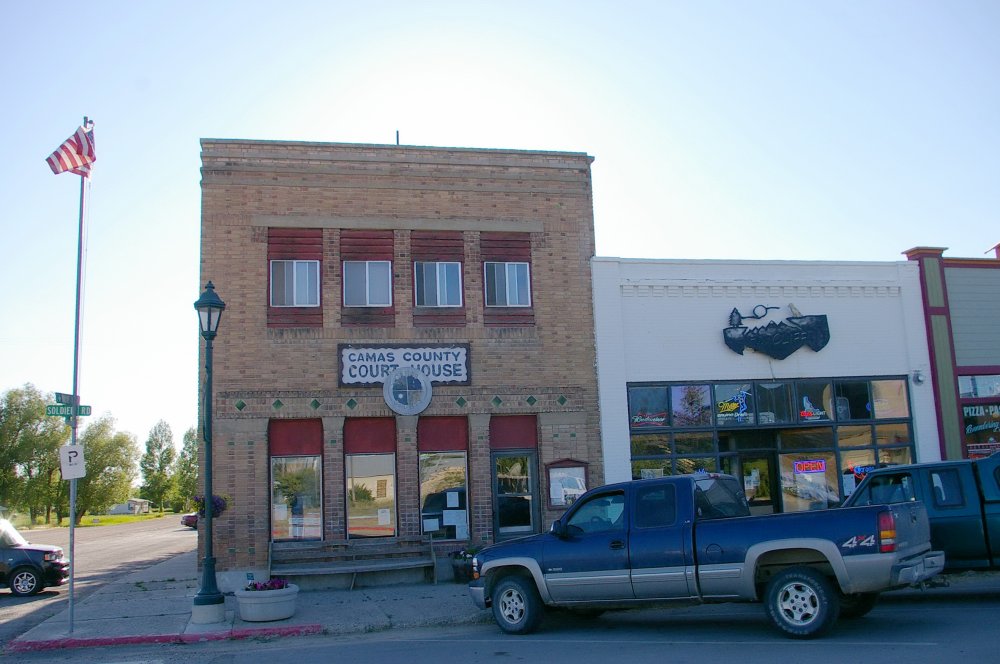 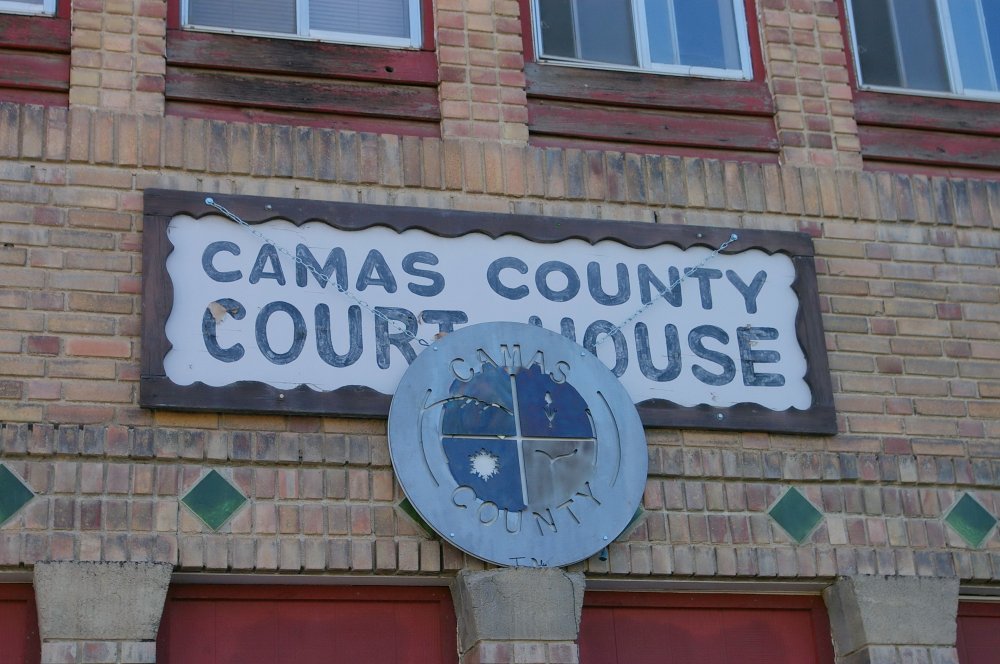 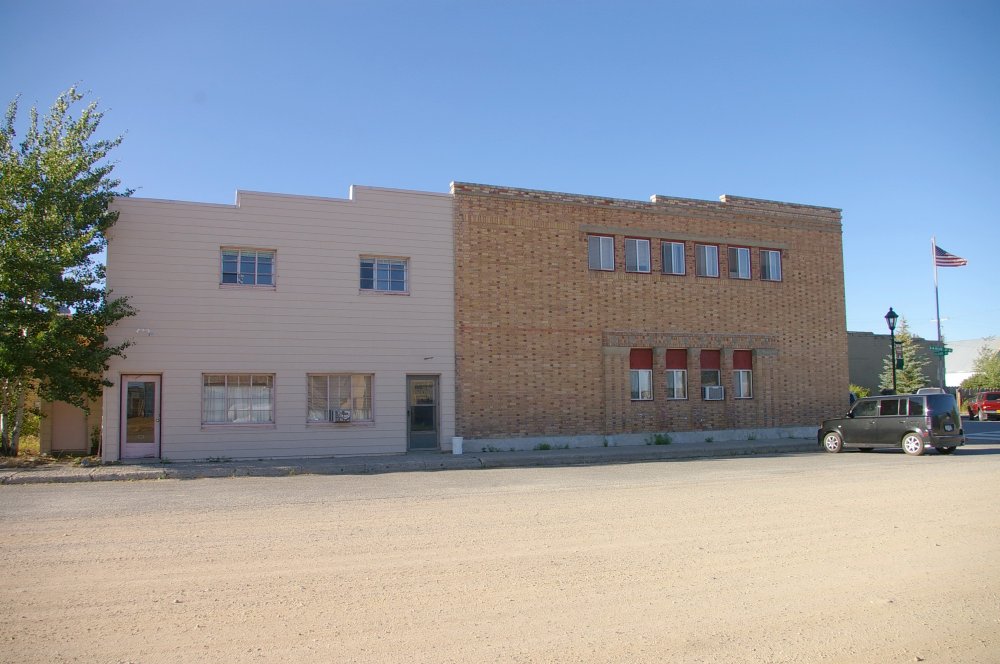 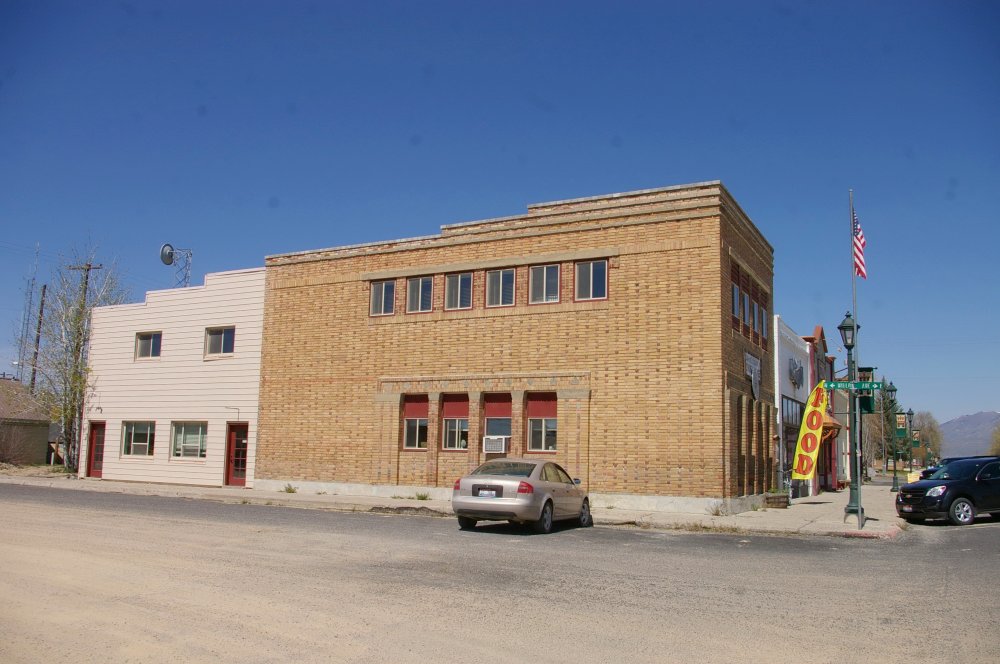 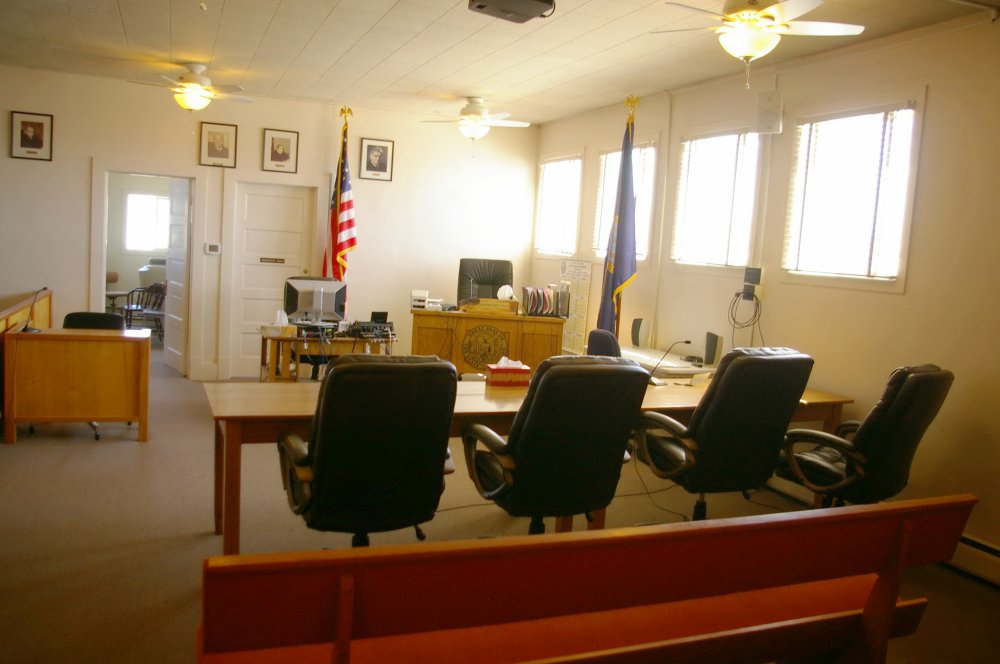 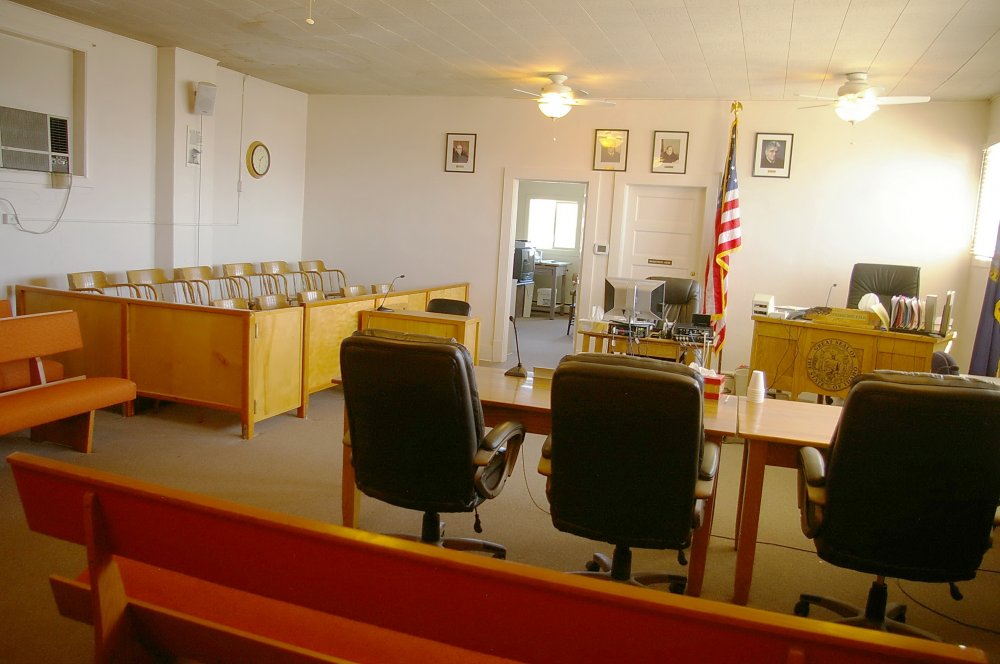