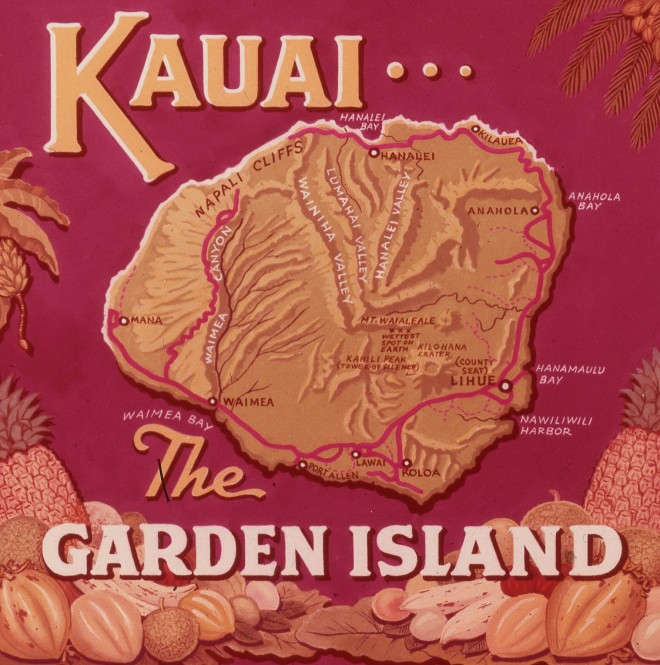 Kauai County is named for Kaua’I, who was the eldest son of Hawai’iloa.

Description:  The building faces southwest and  is a two story cream colored stucco and concrete structure. The building is named as the Pu‘uhonua Kaulike Building ( The Sanctuary of Justice ) and is located on landscaped grounds. The building is “L” shaped with a north wing and an east wing which join at a portico with six high pillars rising to a pediment at the roof line. The hipped roof is green colored metal. The building houses the District Court and the Circuit Court for the Fifth District.

Description:  The building faces east and is a one story white colored reinforced concrete structure. The building is cruciform shaped and is part of three buildings in the Civic Center. The building has stucco walls and a red colored tiled, double pitched hipped roof with gablets. There is a try lanai (porch) with square columns. The building is eleven bays wide with projected windows in each bay, except the three center bays which feature a double door entry flanked by a pair of projected windows. The building sits on a raised foundation with herring bone designed concrete blocks providing ornamentation and ventilation. On the interior, the main entry opens into a central octagonal space with articulated low arched openings leading to three corridors, with offices off each. The central area’s ceiling has intersecting beams creating a coffered effect.