American Samoa is derived from the miracle of creation which was fragrance, according to ancient myth when Le Tagaloa, the supreme god, rolled gigantic stones from heaven into the tropic sea and they became islands. The sweet smelling land was called “Samoa” meaning the “Sacred Centre”.  Also means “sacred chicken”. 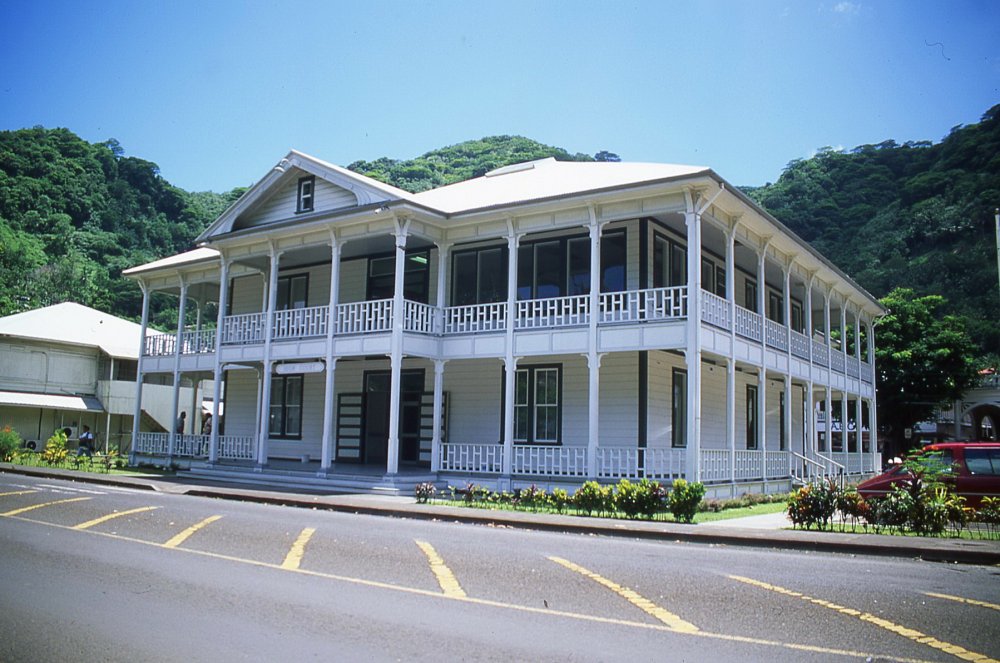 Description:  Courthouse is situate in the center of the town in Pago Pago (Fagatogo) along the south side of the Main Street (Highway 1) and is located to the west of the Legislature ( Fono ). The two story colonial style building was built between 1900 and 1904. The building originally severed as the territorial executive and naval office. The building was expanded in 1929, and under went a total renovation in 1975 and in 1998. The main court room is along the west side of the first level. A railed balcony runs  around the upper and lower levels. The roof is hipped. The building houses the High Court of American Samoa. The District Court is located on the east side and is contained in a separate white colored wooden building. 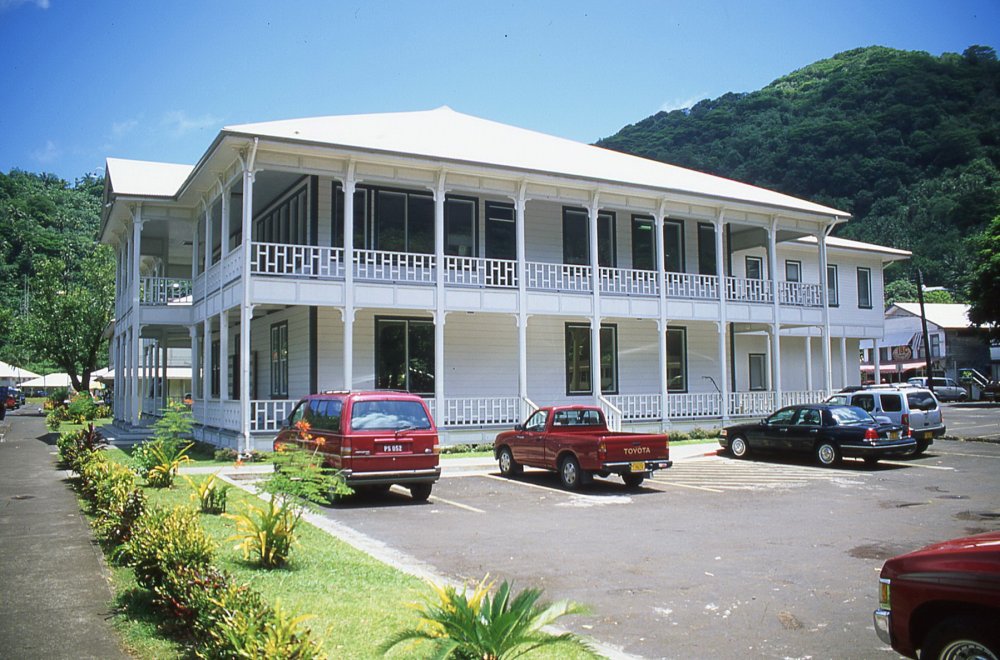 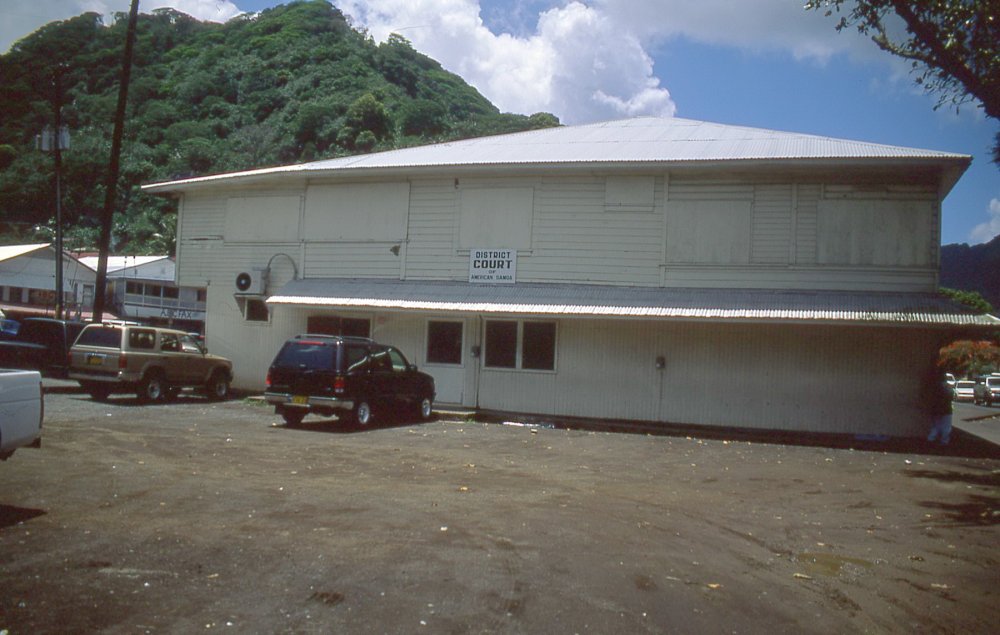 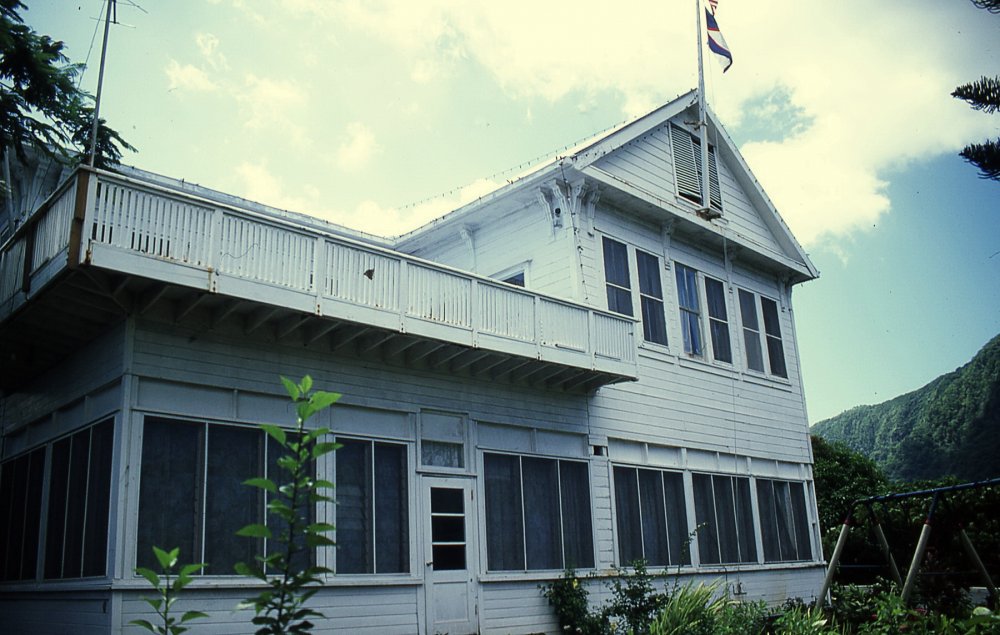 Description:  Governor’s House is situate on the east side of the town in Pago Pago (Fagatogo) where the Main Street ( Highway 1 ) curves south. The two story wooden colonial mansion is atop Maugaoai’i Hill ( the chief’s hill ). There is a peaked roof at the east front and a low one story  extension on the south side with railed sitting area on top, On the north side is a two story extension with open verandah on the lower level and screened verandah on the upper level. Built in 1903, the house severed as a residence for all American Samoa’s naval commanders until the Department of the Interior took control in 1951. Since that date, the house has severed as residence of the territorial governors. The white colored house faces east overlooking the entrance to Pago Pago Harbor. The driveway to the house comes up the hill along the north side of the hill. 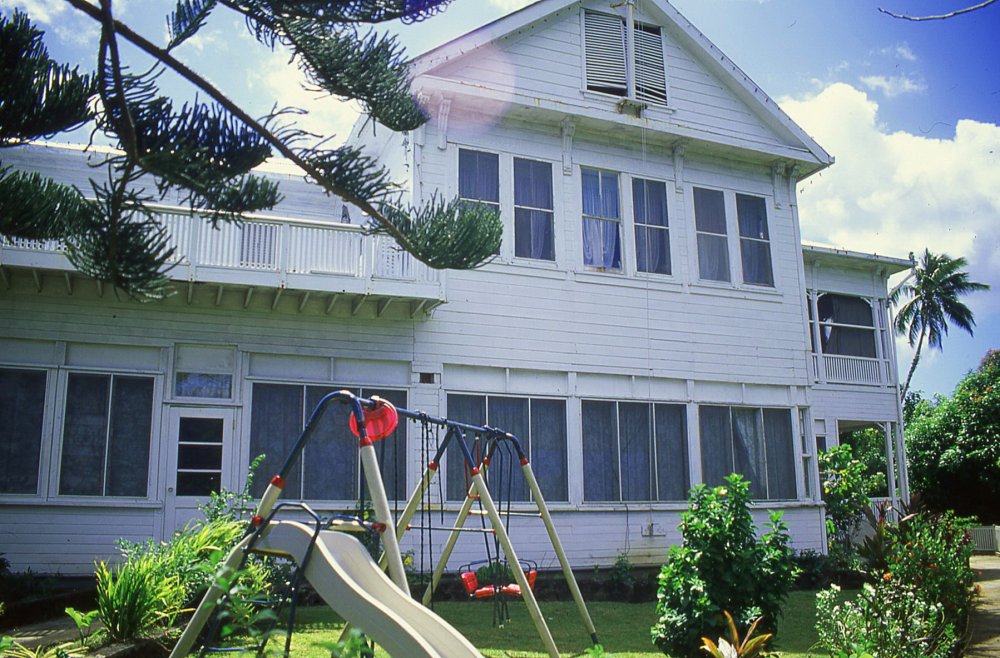 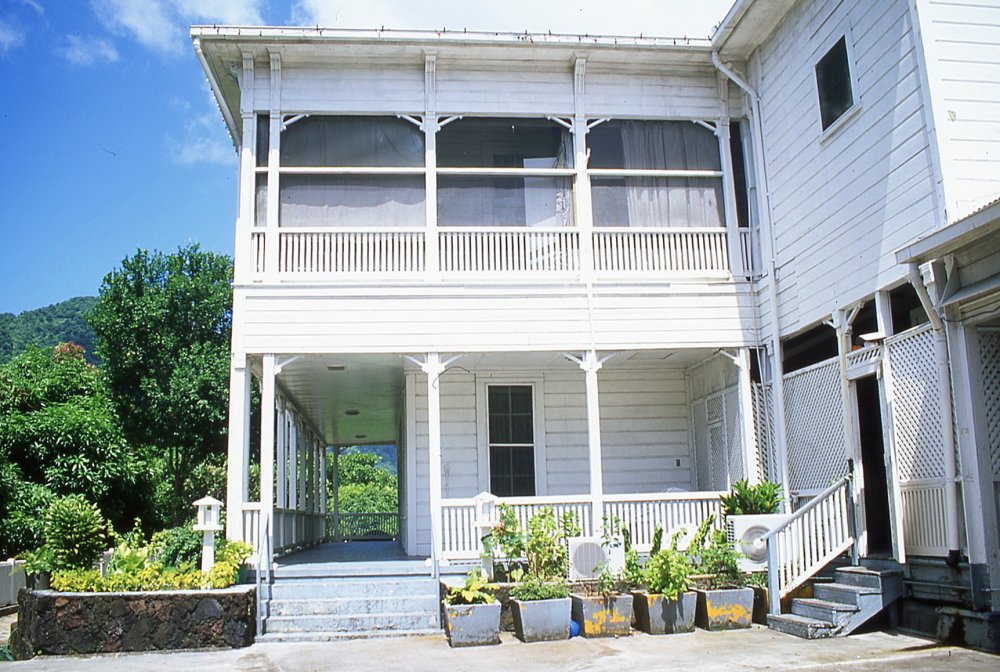 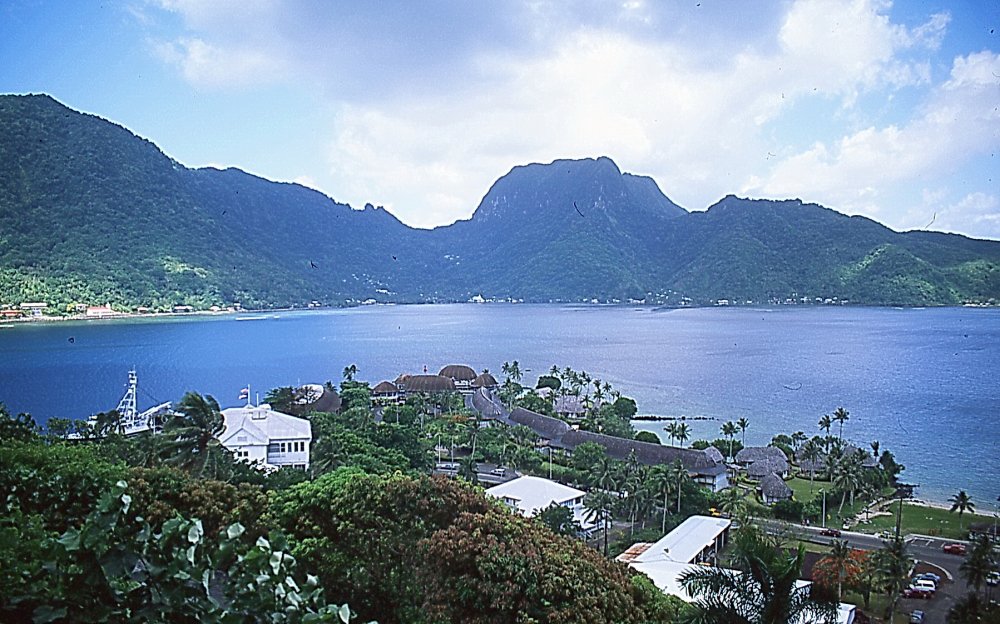 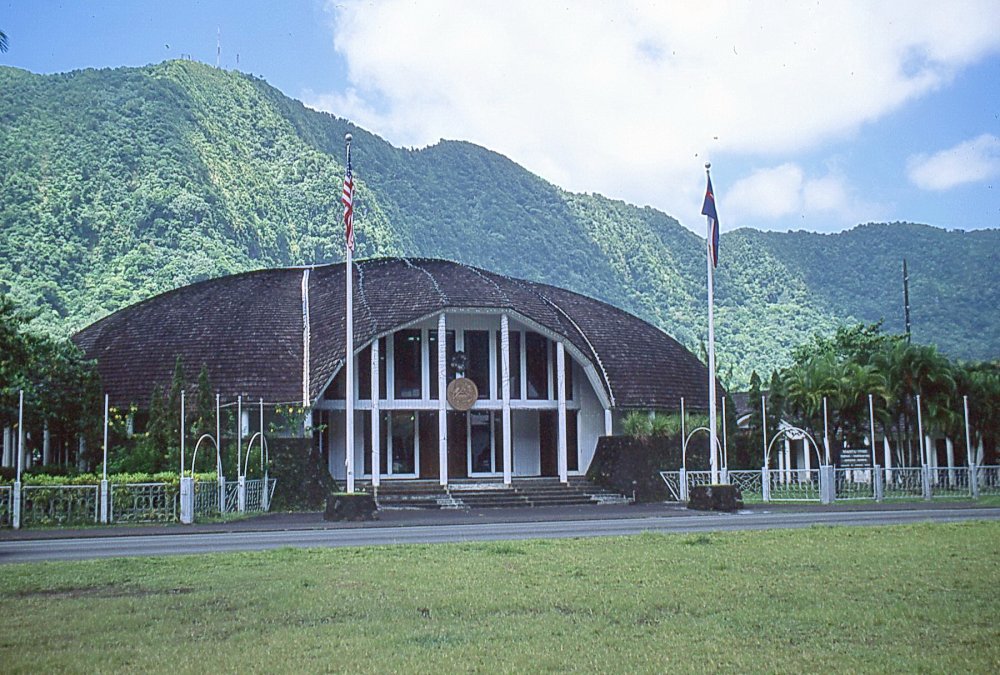 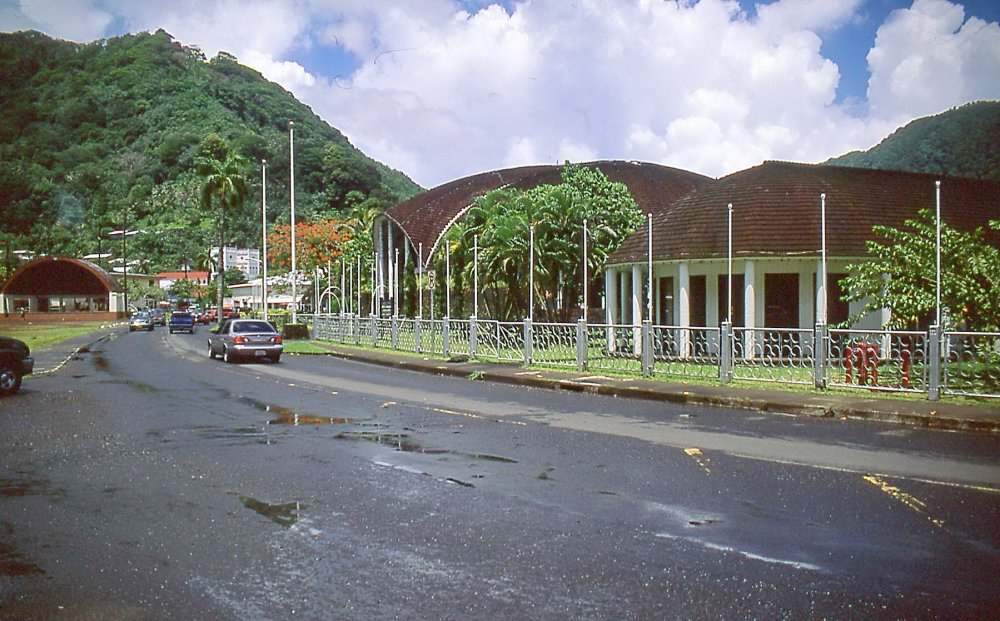