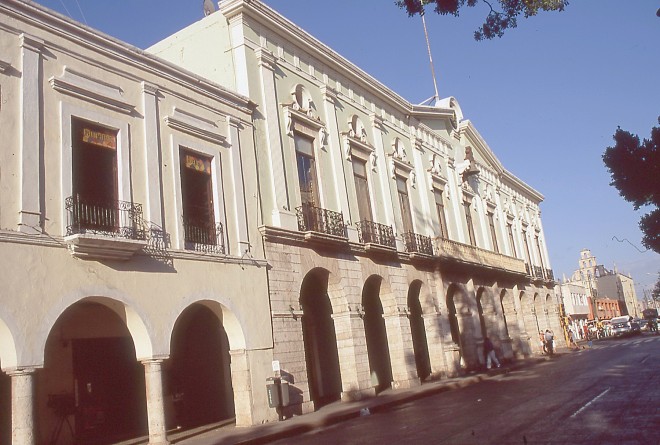 Yucatan was derived when the Spanish arrived and the natives upon listening to them speak were saying “Uhuuthaan” which means “hears as speak” which sounded to the Spanish like “Yucatan”.

Description:  The building faces south and is a two story white-green structure. The building is located on the north side of Plaza Grande in the city centre. The building was constructed on the site of the palace of the colonial governors. The colonial building has a bell above the south entrance. In the interior is a square courtyard with grand staircase at the north side. The building contains the Salon de la Historia at the south front of the second floor, and historical murals painted by artist Fernando Castro Pacheco which murals were completed after 25 years of work, in 1978. 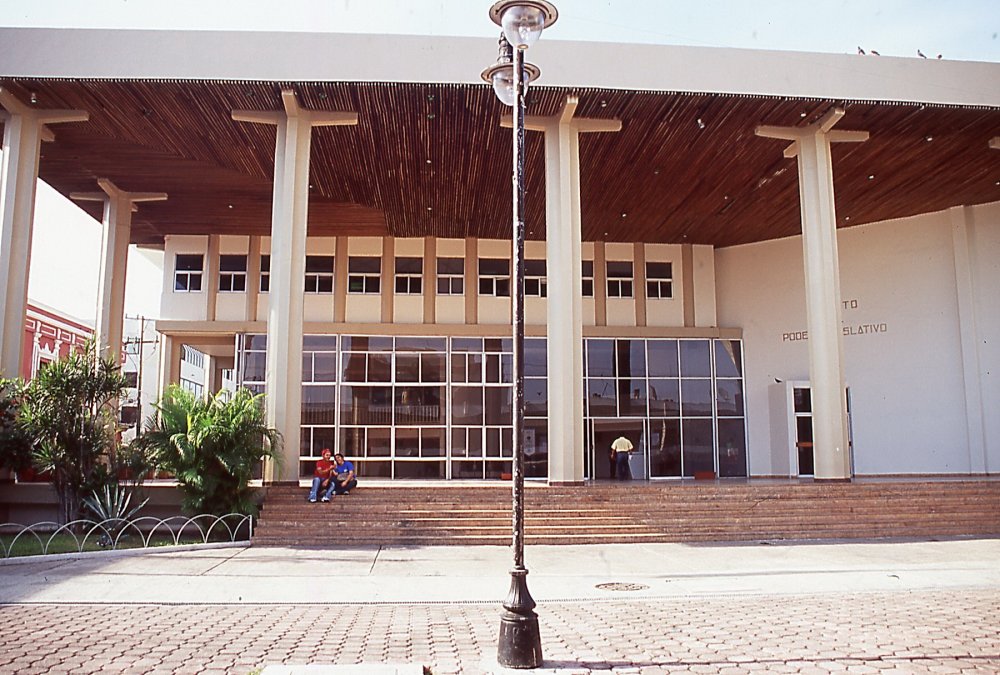 Description:  The building faces north and is a three story white colored concrete and glass structure. The building is located in the city centre. Along the north side is Caljon de Congress, a pedestrian mall. The north entrance has a large open portico extending to the third floor and supported by tall narrow pillars. Behind is a glass wall with the Entrance Hall and with the Legislative Chamber on the west side. The building houses the State Congress (Honorable Congreso del Estado de Yucatan). 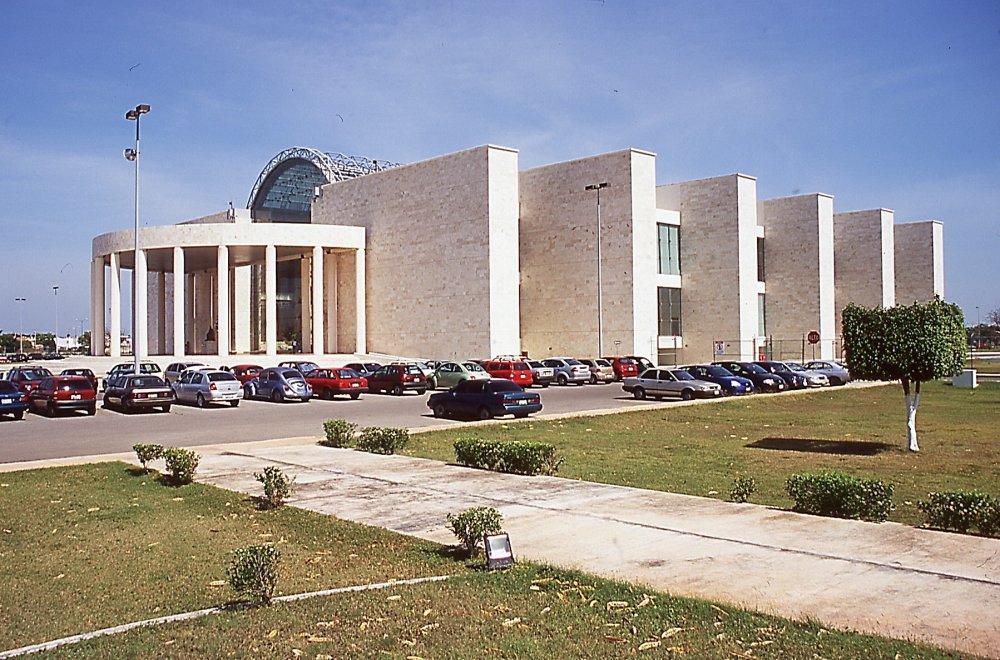 Description:  The building faces south and is a three story glass and concrete structure. The building is located in the Colonia Inalambrica district to the west of the city centre. The building is surrounded by large open grounds. The building is a modern  structure  completed on March 31, 2001. The south entrance has a semi circular portico with narrow pillars. The interior has a rectangular atrium with reflecting pool, and glass on the north and south sides and offices along the east and west sides. The building houses the Tribunal Superior de Justicia. 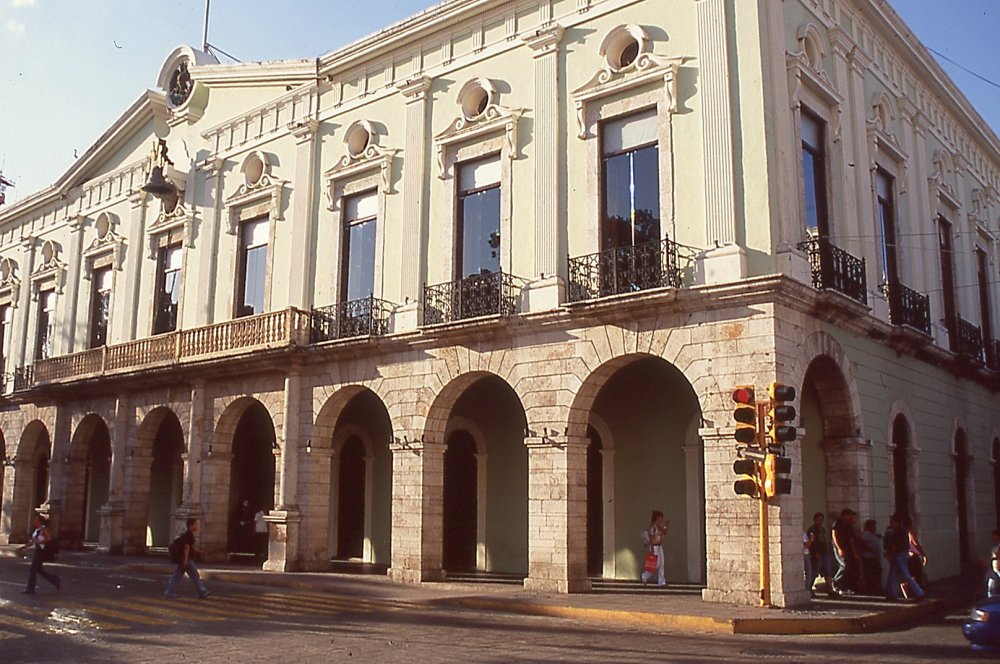 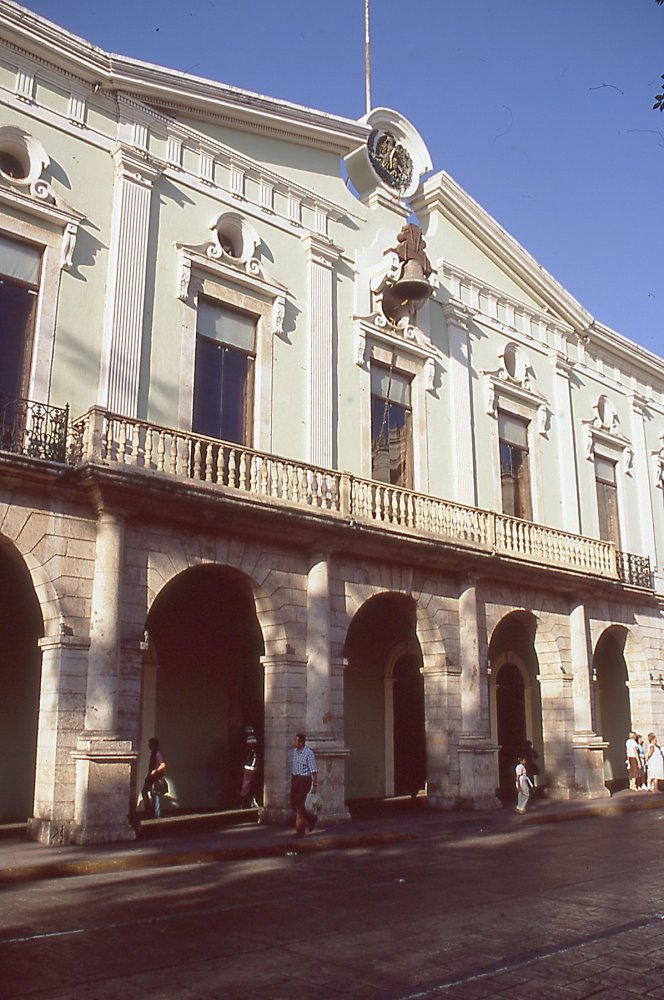 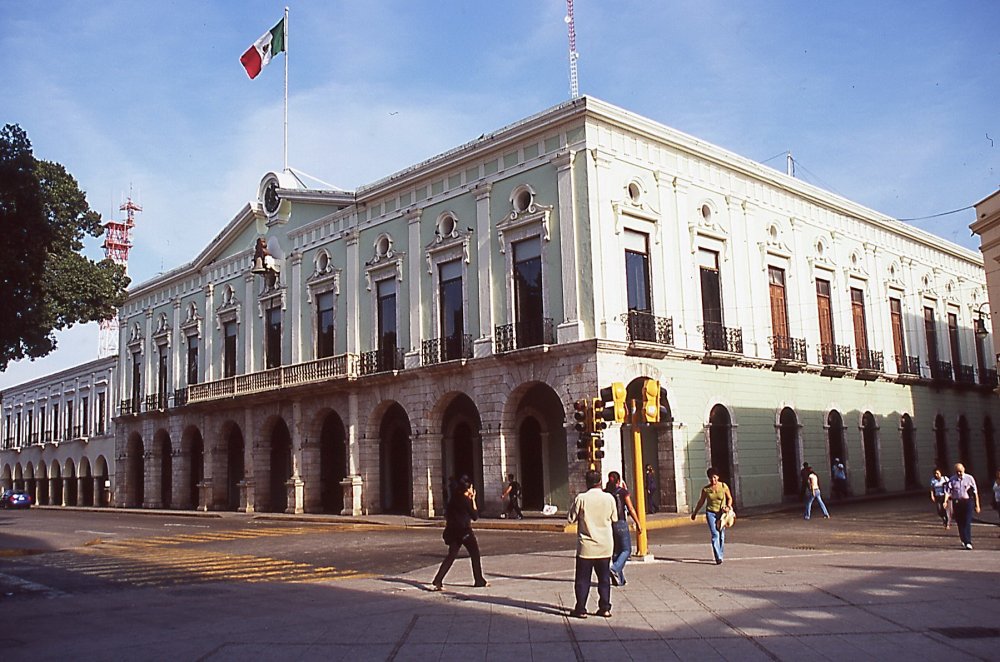 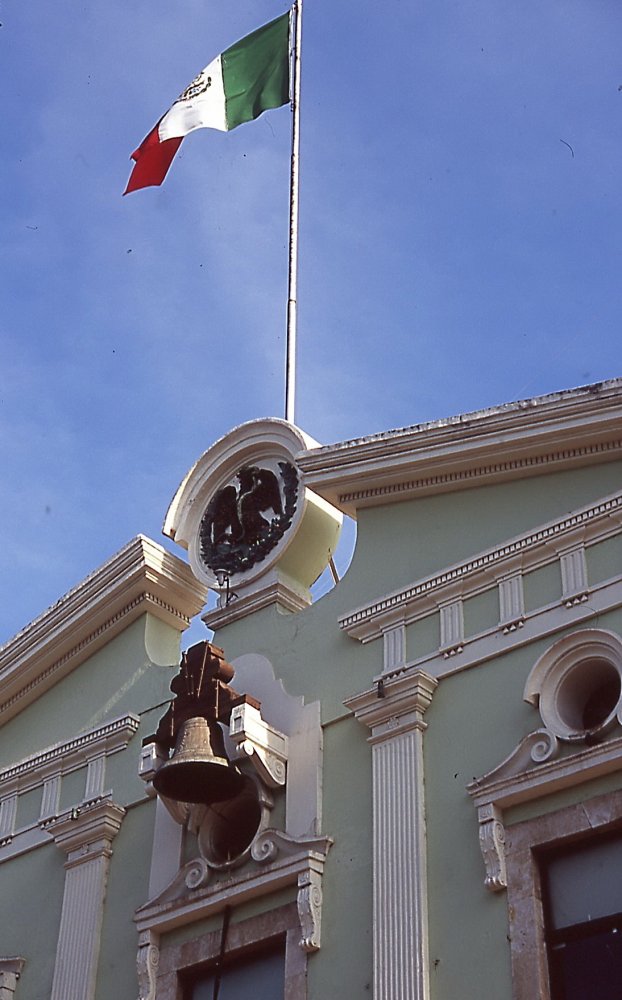 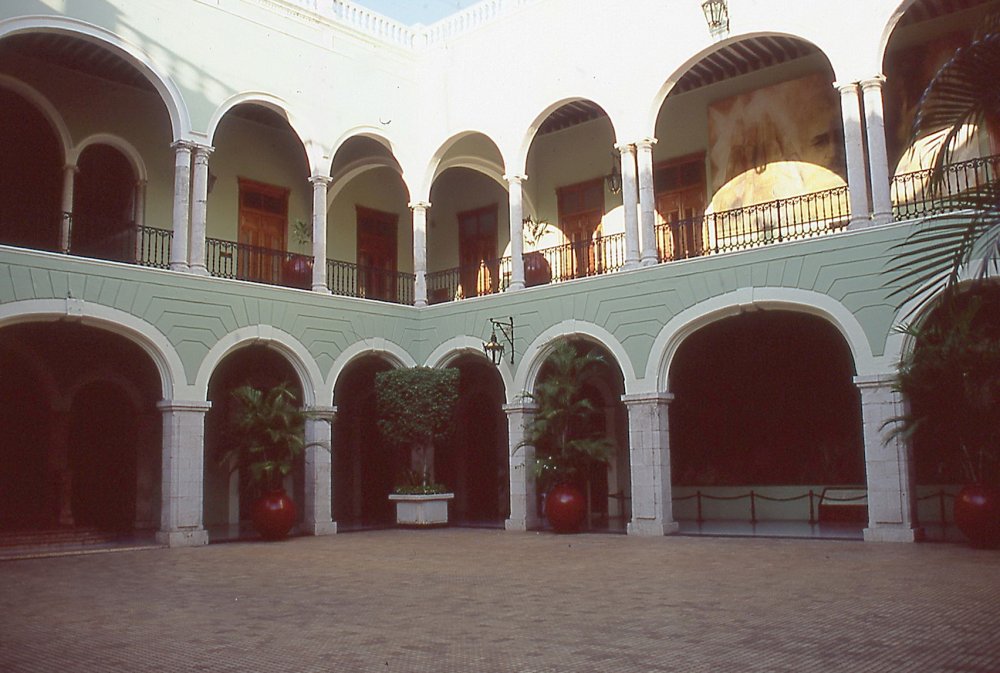 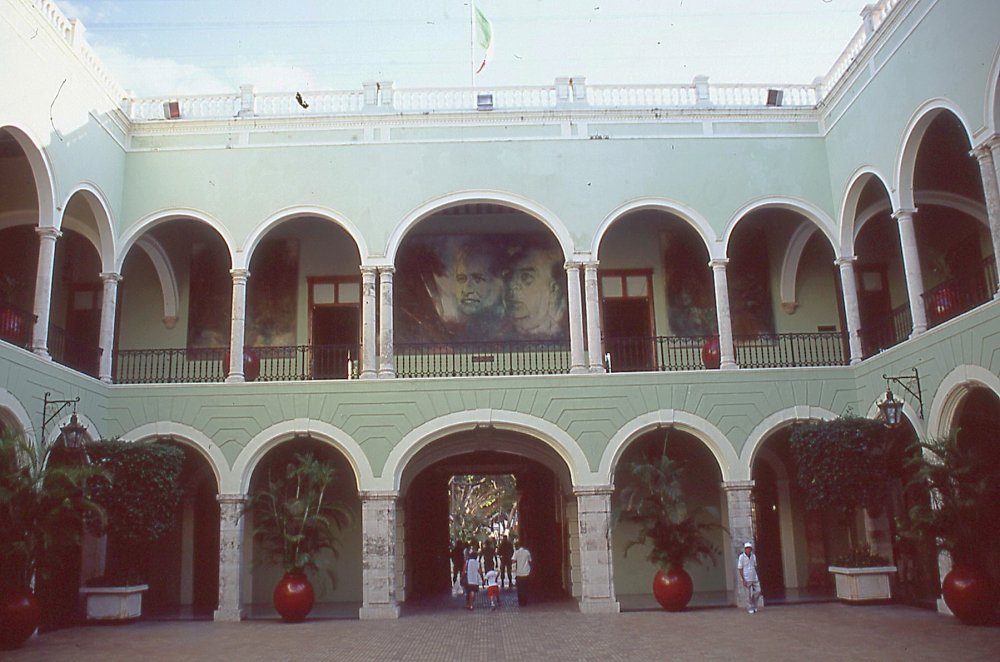 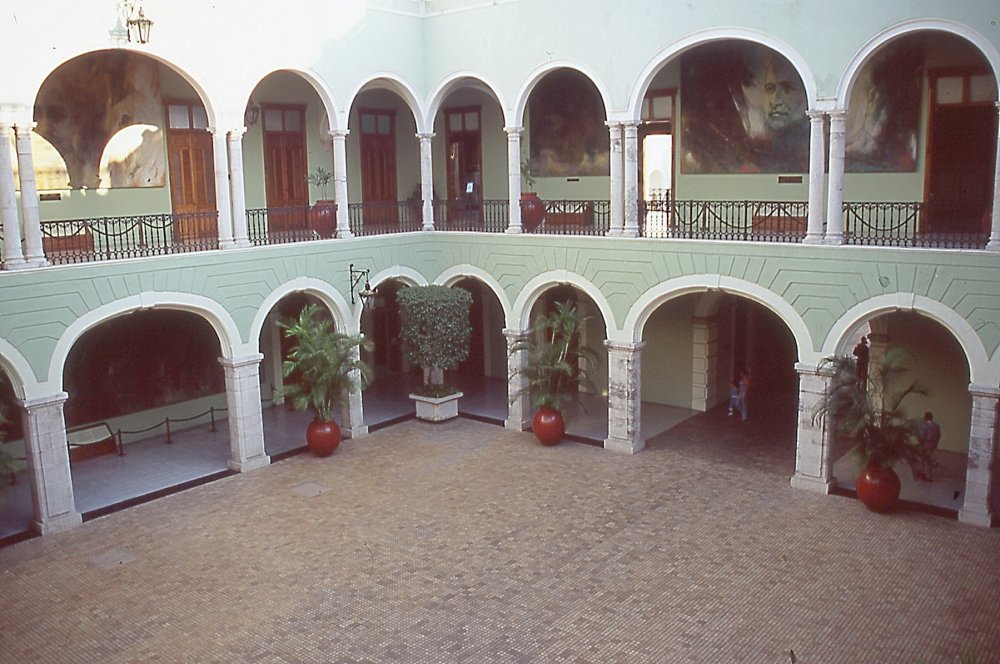 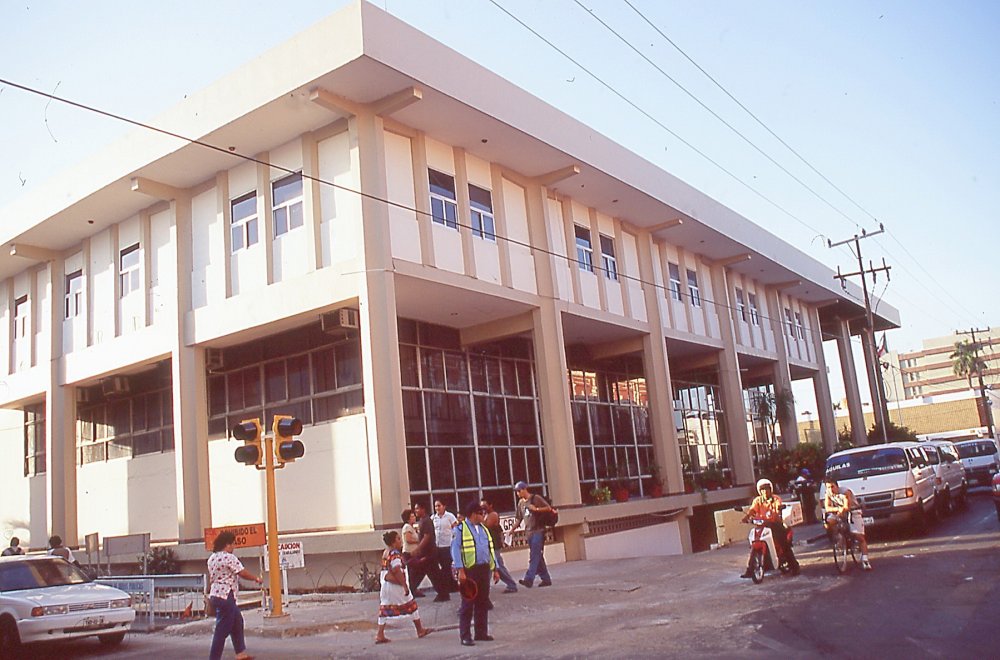 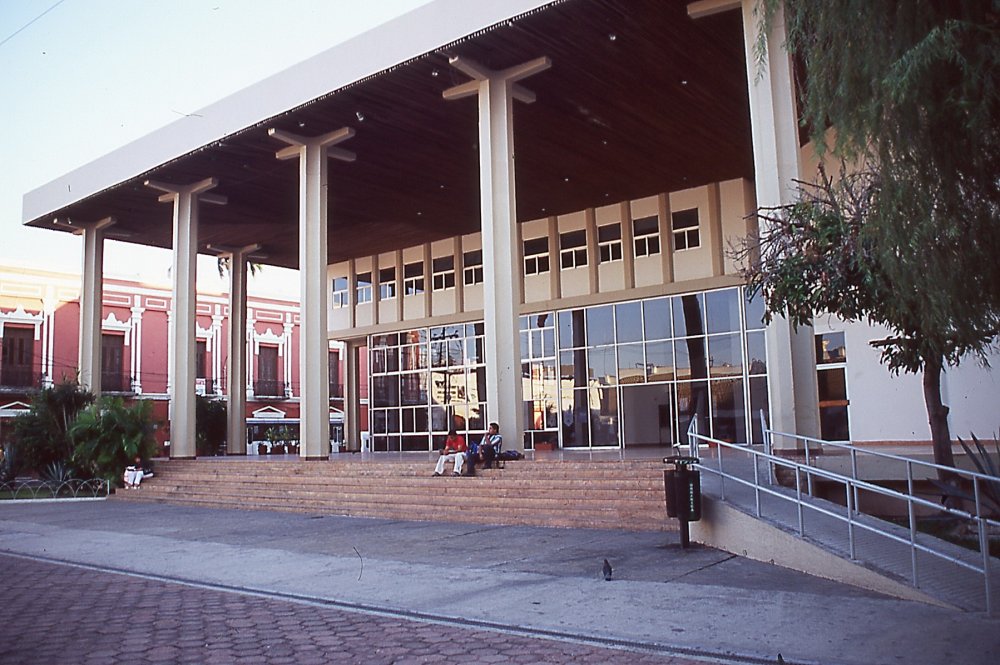