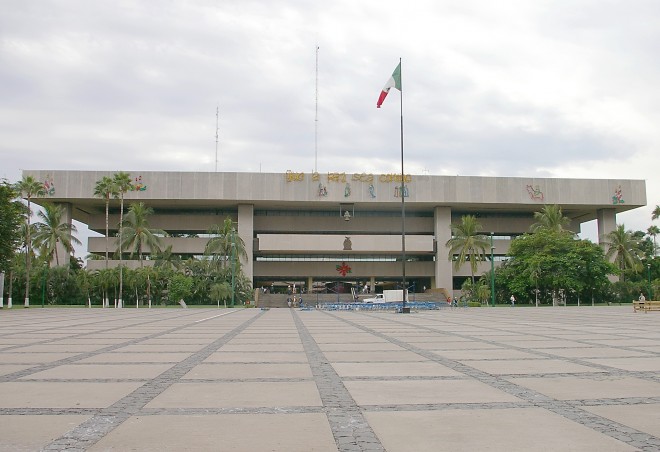 Sinaloa originates from the cahita dialect, compound by the words “sina” meaning “kind of pithaya ( pear )” and “lobala” meaning “round house” and as soon as the name “sinalobaba” became “Sinaloa” it had the meaning “round prickly pear”.

Description:  The building faces north and the building is a four story grey concrete structure. The building is located in the centre of the city on large grounds with the Plaza Undad Administrativa. The building is on the south side of the plaza, The building was opened in September 1980. Large square concrete pillars support the tired floors and roof. The first story is open except on the east and west sides of the open central courtyard. Above the north side is a bell and the State crest. The building houses the Executive Offices. 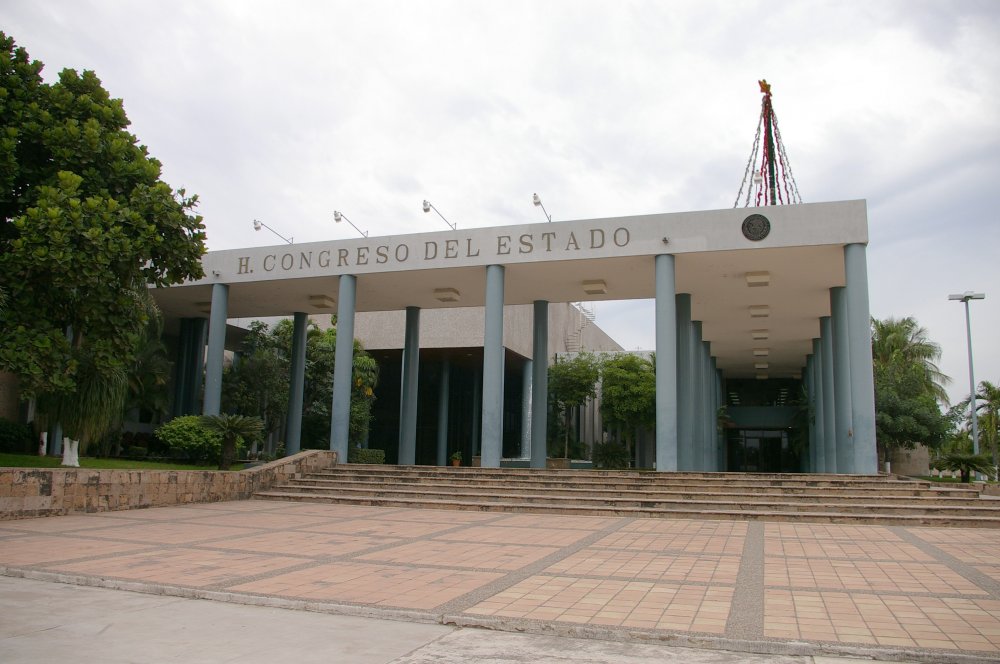 Description:  The building faces south and is a two story concrete structure. The building is located to the west of the city centre in the Colonia Recurso Hidraulico district. On the southeast corner is an open courtyard with fountain and surrounded on the south and east by a concrete portico supported by blue columns. On the west side is a Library and on the northwest and north is the main building. The building houses the State Congress (Honorable Congreso del Estado de Sinoloa). 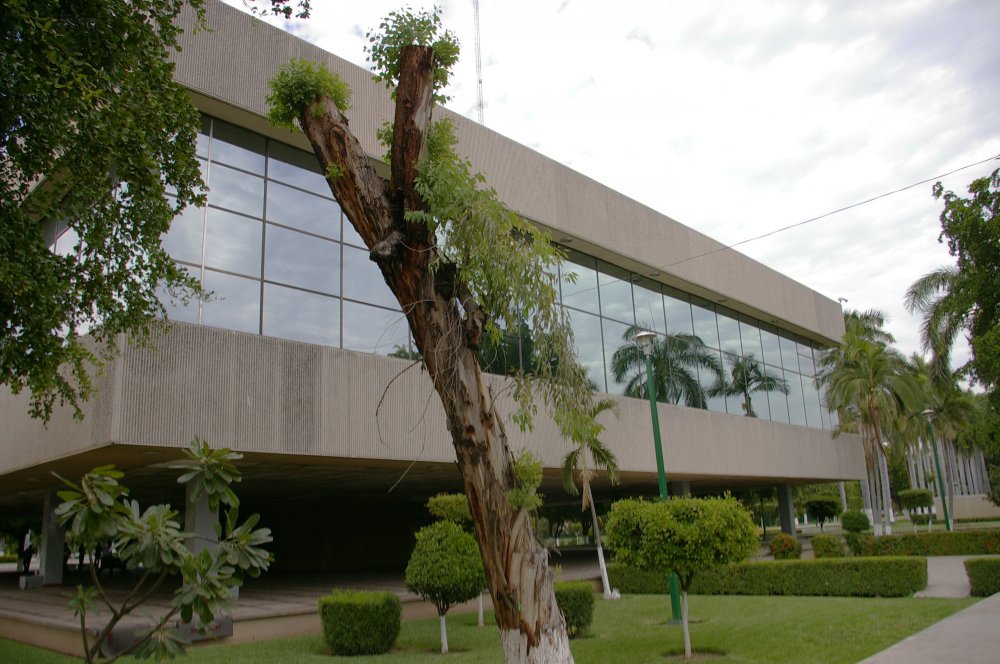 Description:  The building faces south and is a three story concrete structure. The building is located to the west of the city centre, The building forms part of the government complex with the Government Palace (Palacio de Gobierno) to the northeast. The building sits on a platform with an open first story. In the centre is the enclosed core of the building with entrance on the northwest side. The second and third story are supported by concrete pillars. Horizontal windows are between the bottom of the second story and the top of the third story. The building houses the Tribunal Superior de Justica.

S – Nayarit and Gulf of California 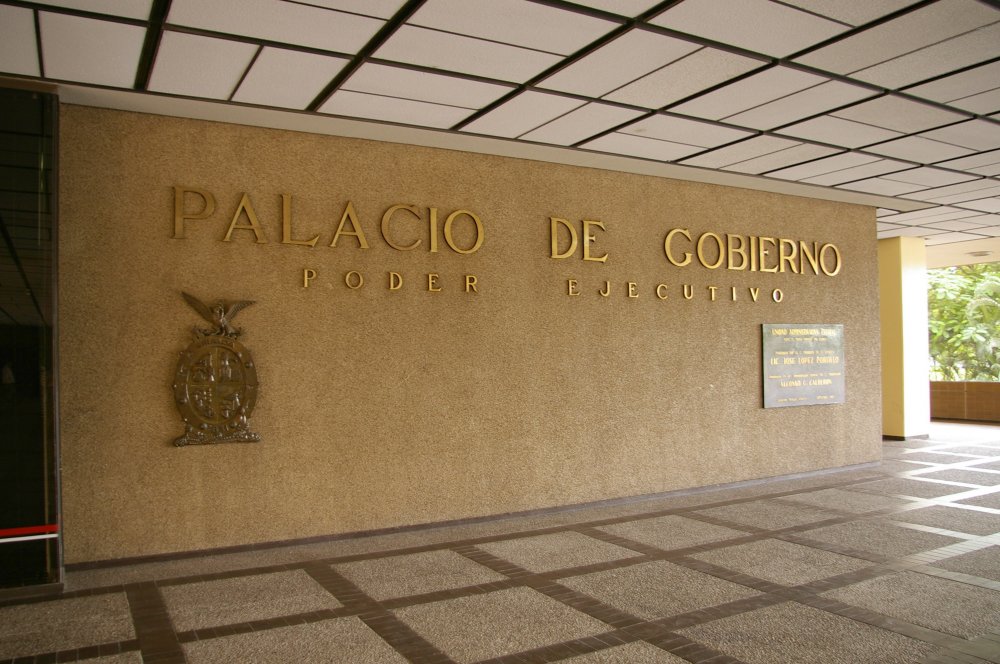 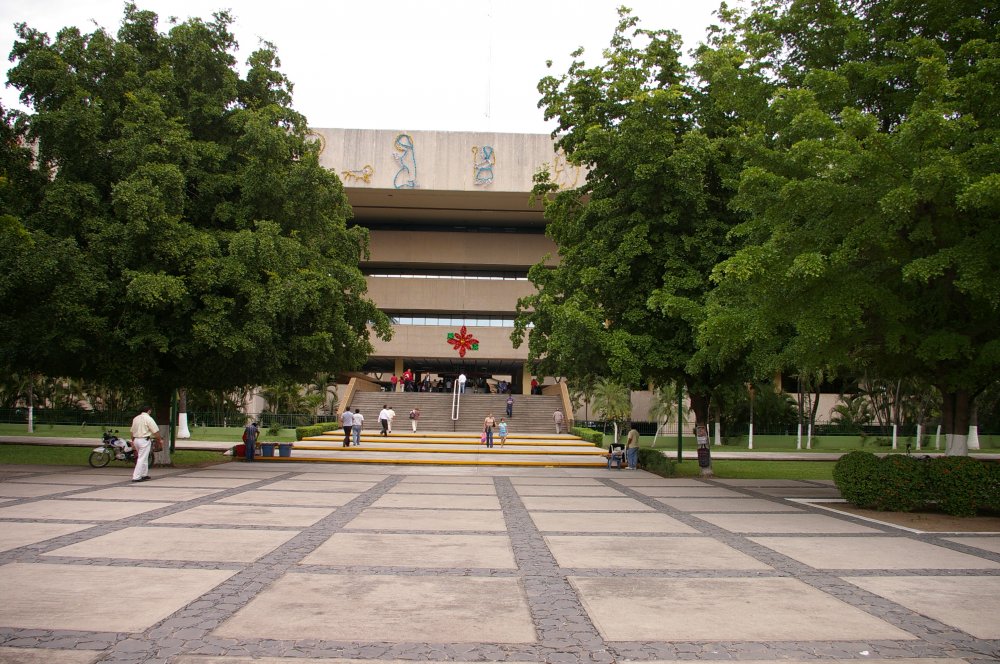 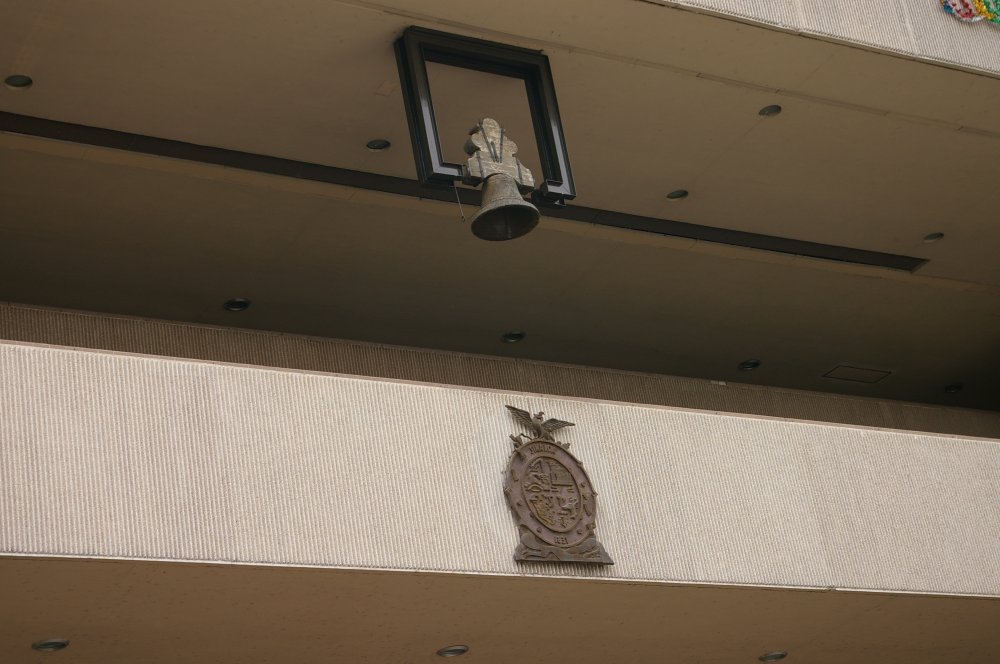 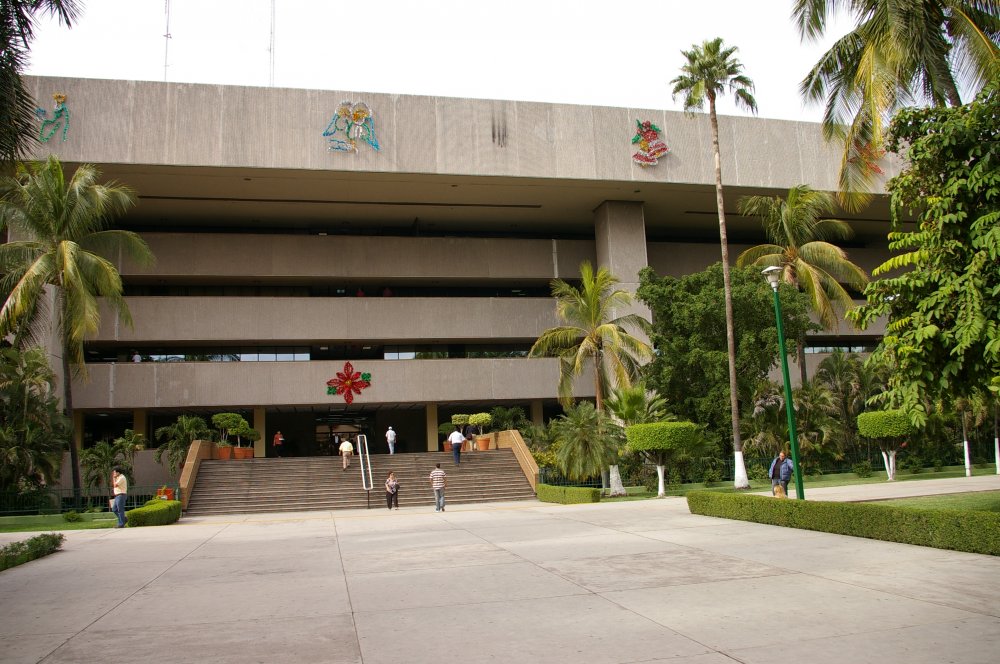 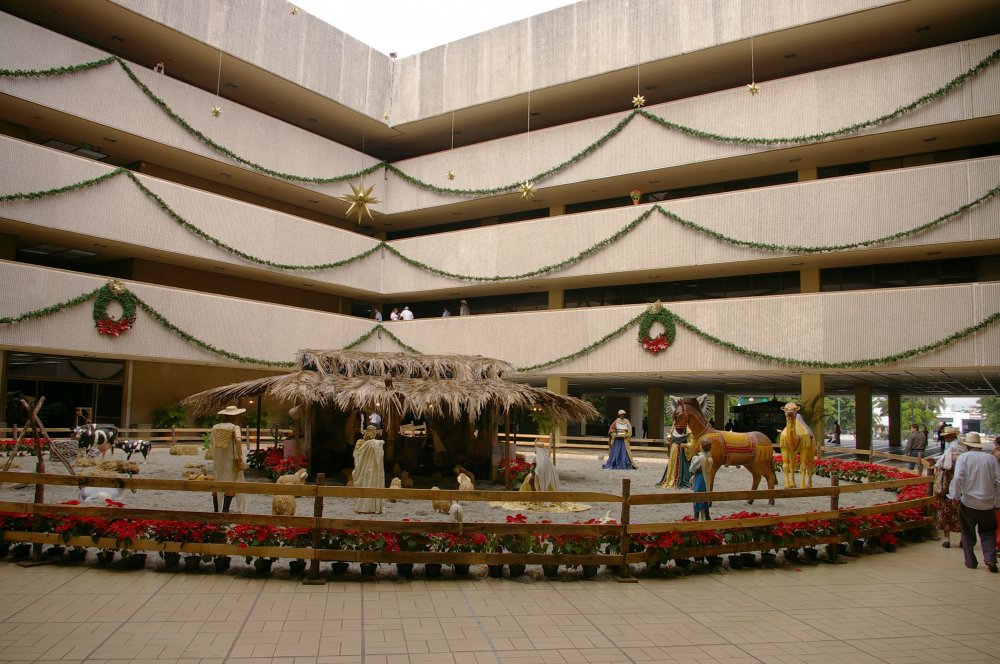 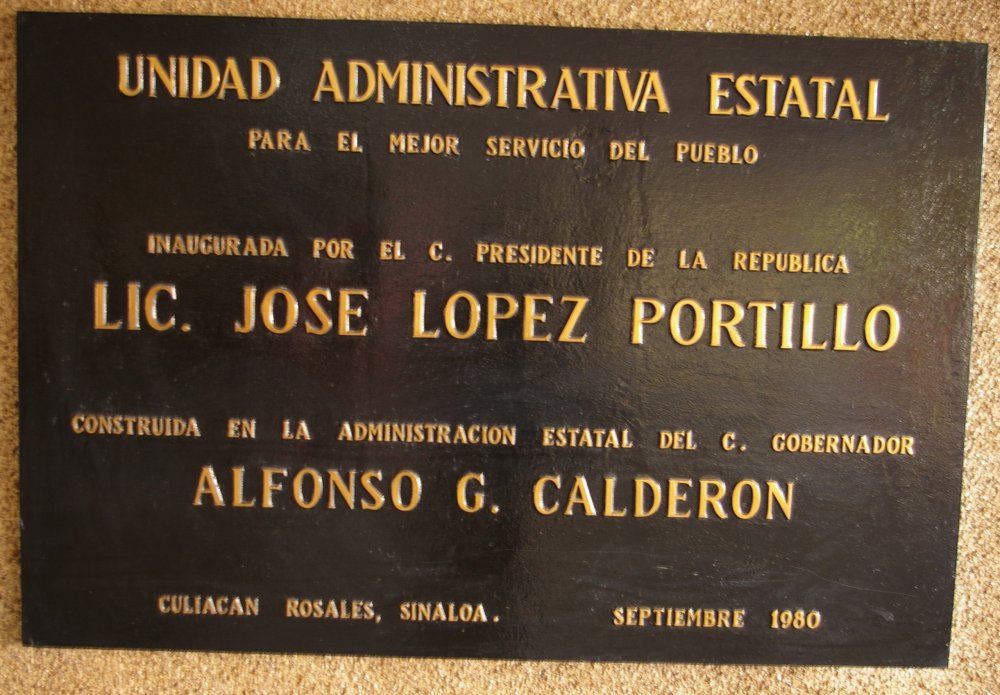