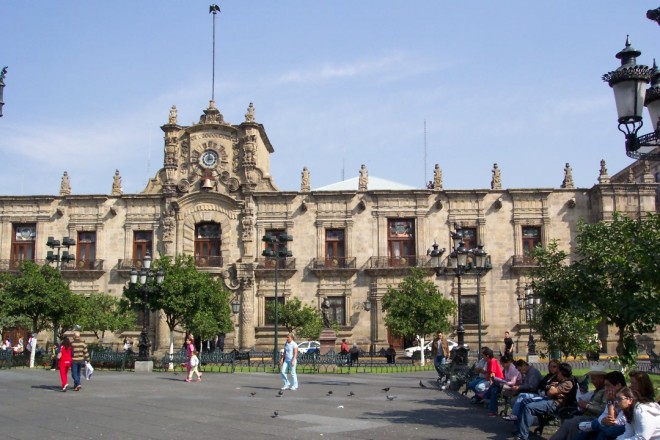 Jalisco is a name that comes from the Nahuati term “xalisco” which means “sandy place”.

Description:  The building faces west and is a two story stone structure. The building is located at Plaza Armas in the city centre. The building is square in shape measuring 76 metres across and was built in a combination of styles with a mix of simple, neoclassical features and riotous Churrigueresque decorations. In 1774, the arch of the west entrance was completed and a second floor was constructed. The west façade has a central tower with clock, constructed in 1885. The northeast side of the building once contained the private rooms of the Governor. In 1872, the chapel was replaced by the Legislative Chamber until 1977. The central patio is inside the central west entrance. There is a smaller patio in the southeast part of the building. The building contains the Jalisco Room where the decree abolishing slavery was signed by Miguel Hidalgo on December 6, 1810. The building contains murals by Clementer Orozco. The Congreso (Congress Hall) is upstairs and contains an Orozco mural depicting Hidalgo, Benito Juarez and other important figures in Mexican history. 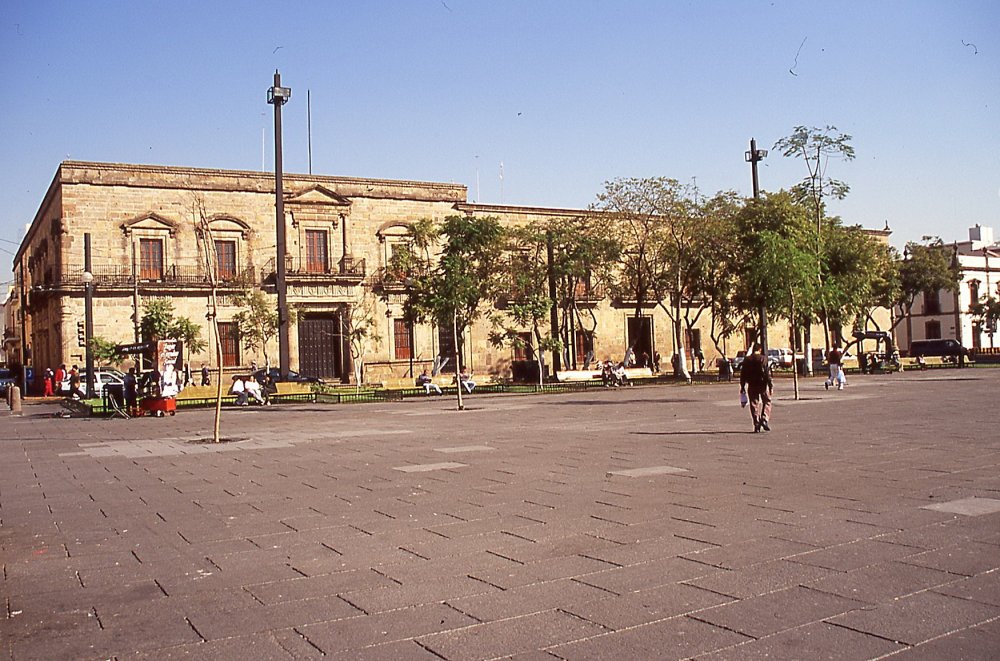 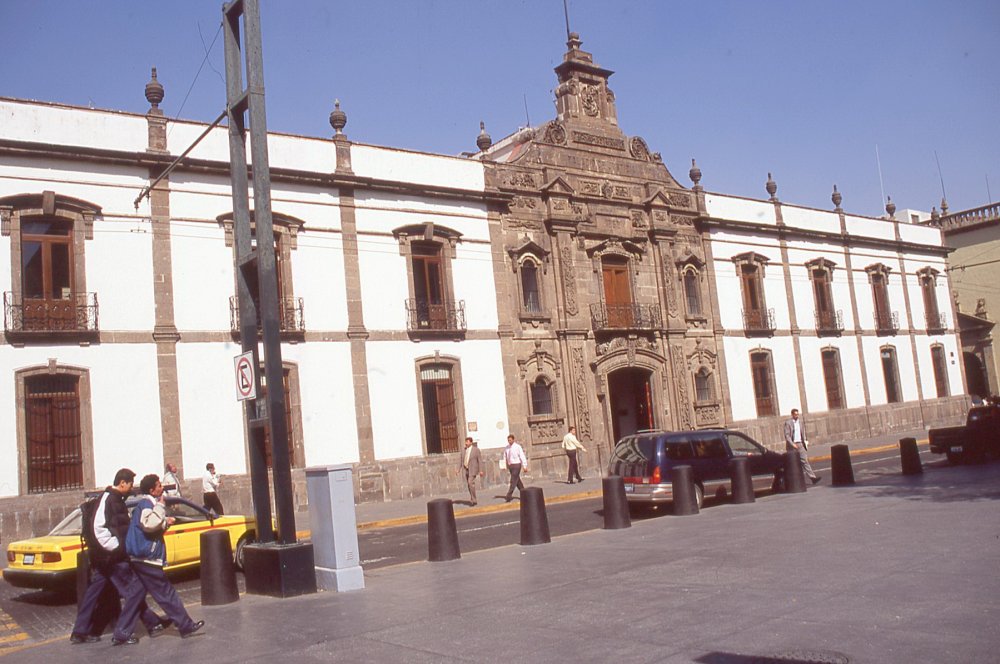 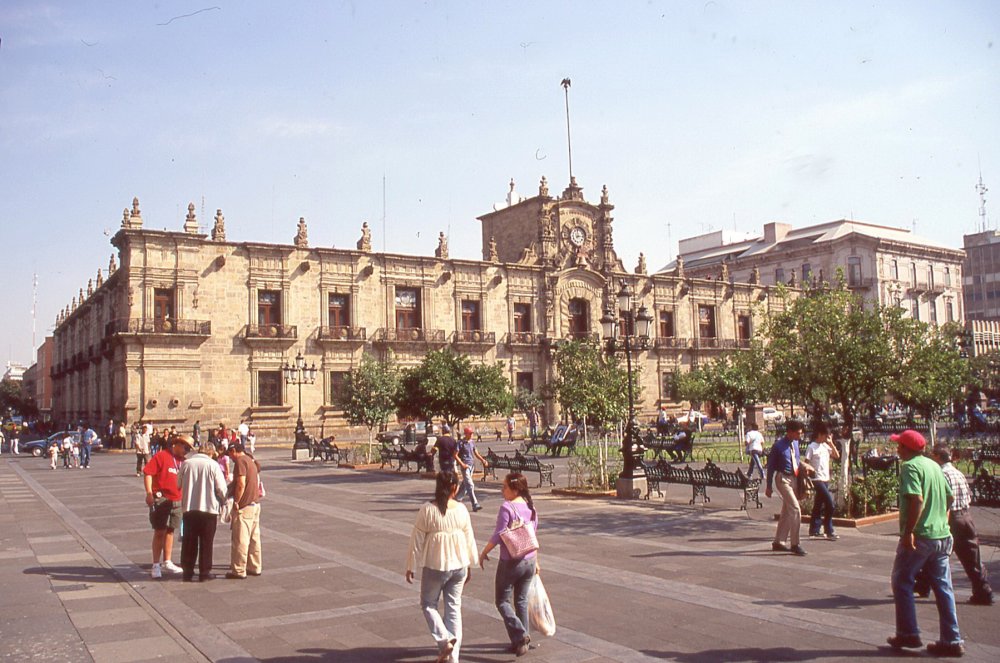 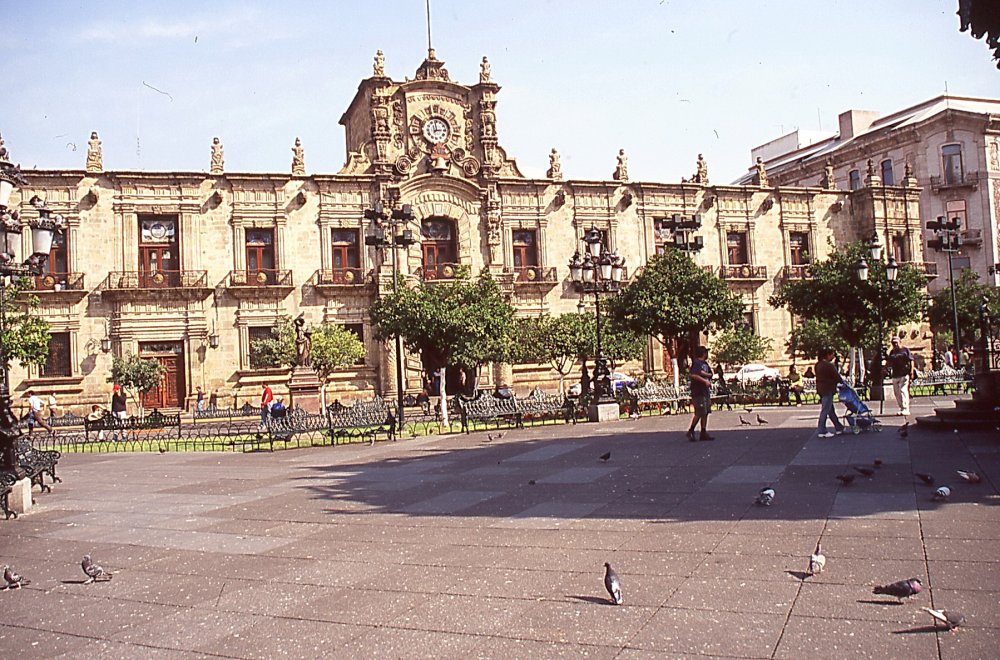 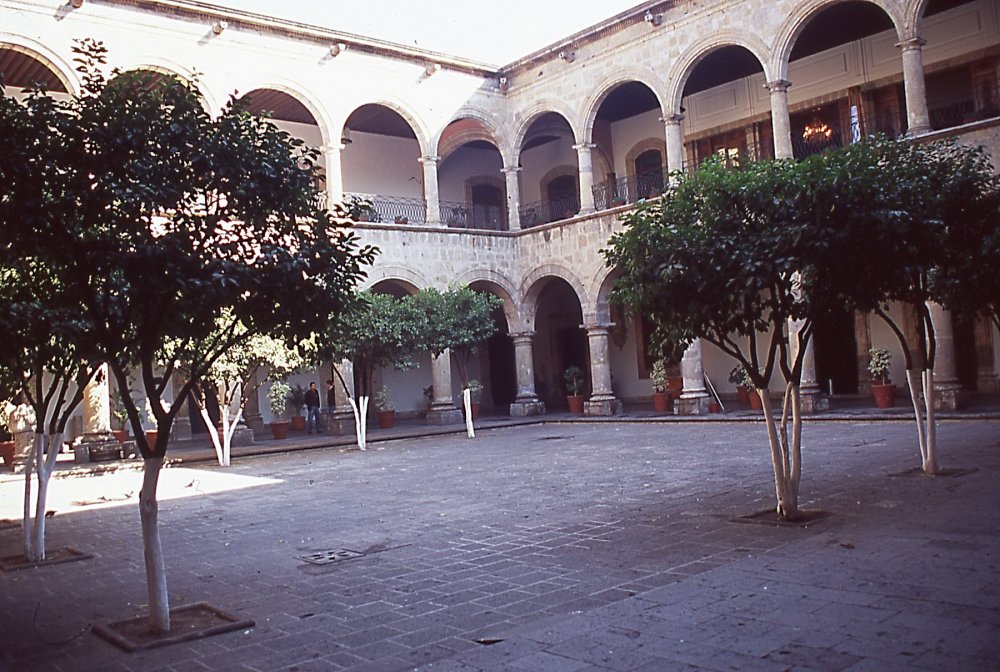 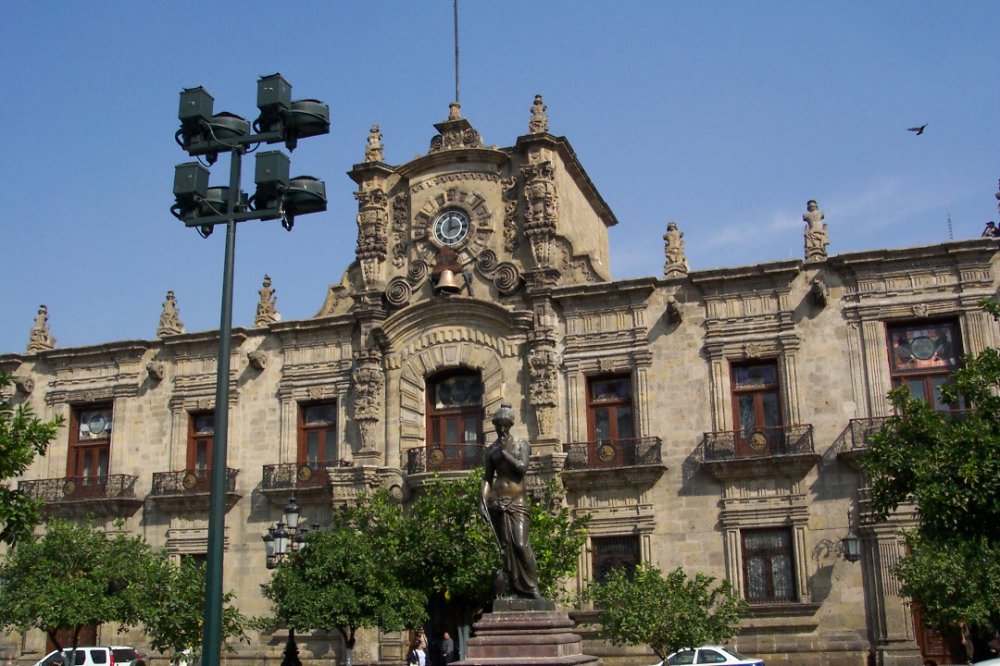 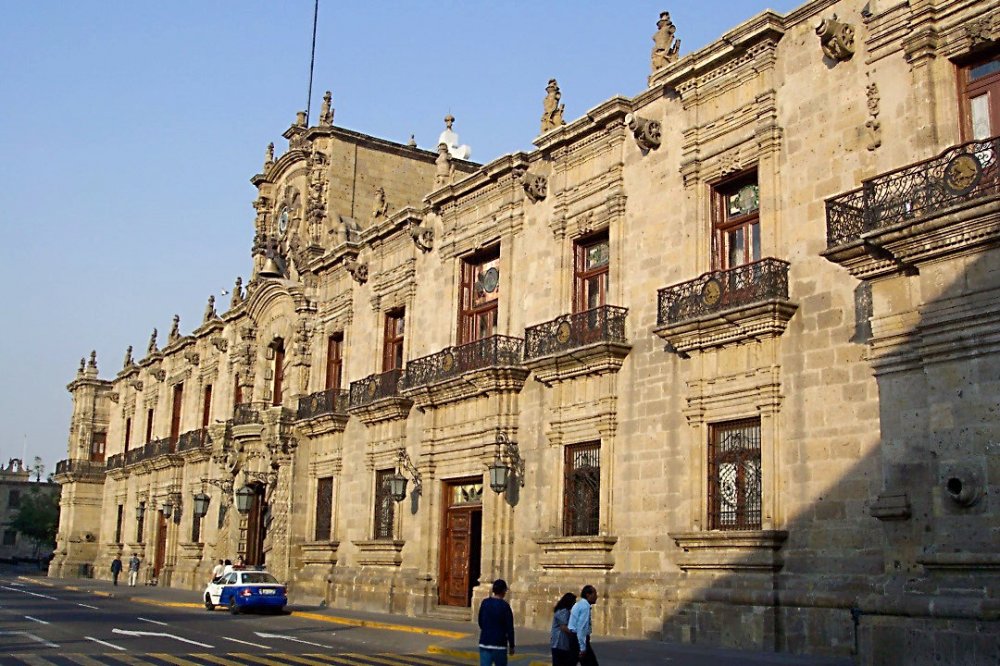 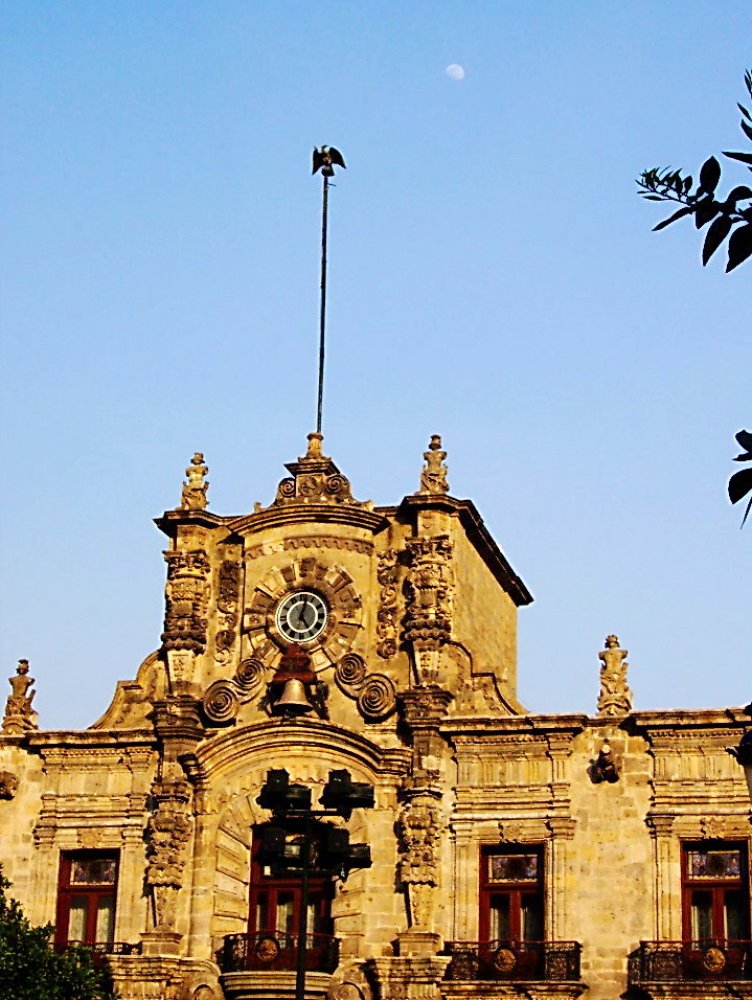