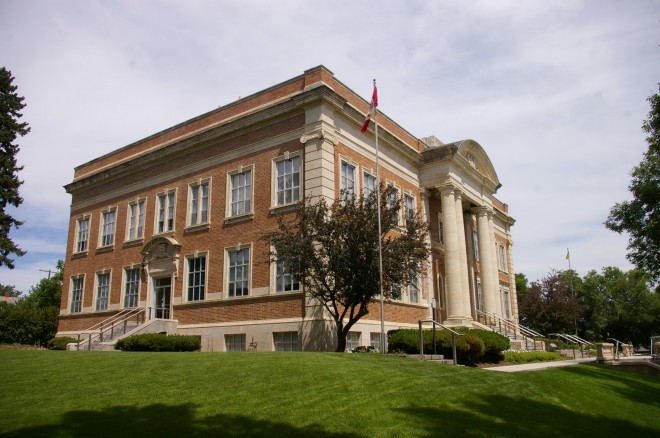 Swift Current is named for the creek called the South Saskatchewan River which means in the Cree language “kisiskaciwan” meaning “flows swiftly”.

Location:  Swift Current is located in the southwest part of the Province.

Description:  The building faces south and is a two story buff coloured brick and limestone structure. The buff coloured brick is from Claybank, Saskatchewan. The building sits on rise on lanscaped grounds in the centre of Swift Current  and has steps leading to the south entrance. The south front has a high portico supported by four large columns rising to a header with curved pediment with frieze above. At the roof line. The corners of the building, windows and entrances are trimmed with limestone. A wide cornice runs below the flat roof line. The building’s interior is graced by a broad stair hall with an iron and brass staircase, and a large, second story courtroom classically detailed with pilasters, and a prominent bench backdrop that incorporates a Serilna arch. The building houses the Court of Queen’s Bench and the Provincial Court with a small courtroom on the west side of the first story.  On the west side of the building is the entrance to the Land Titles Office.

Note:  The cost of construction of the courthouse was $103,000. The other subcontractors were Page and Anderson ( excavation ), H R Sim & Company ( plumbing and heating ) and Vulcan Iron Works of Winnipeg ( steelwork ).

See:  The architect, B Raymond Philbrick, also designed the courthouse in Humboldt, which building is the only other building in Saskatchewan to house both the Court House and Land Titles. 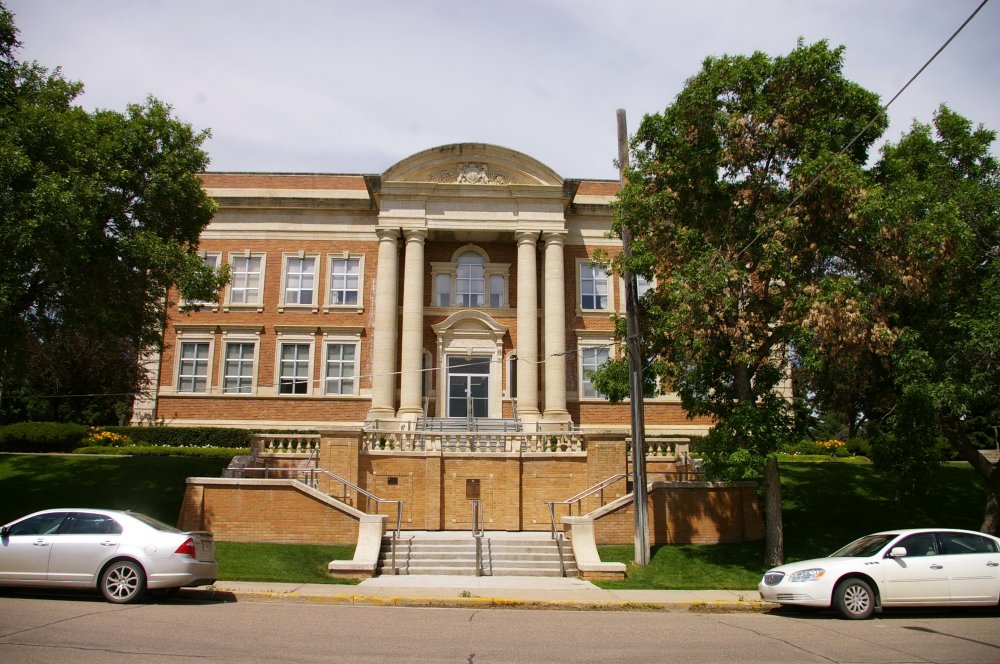 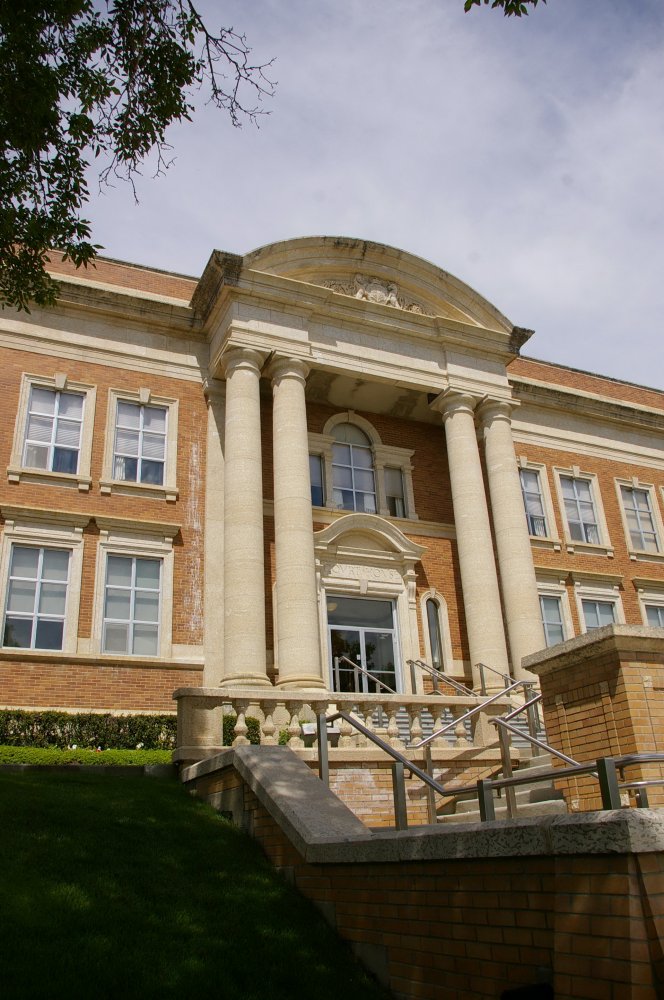 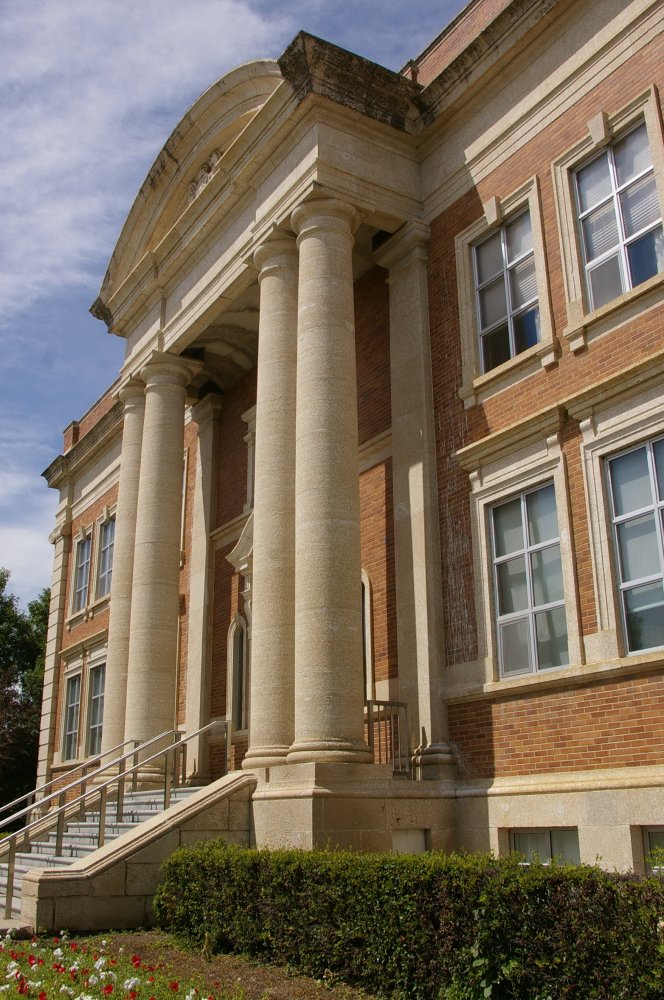 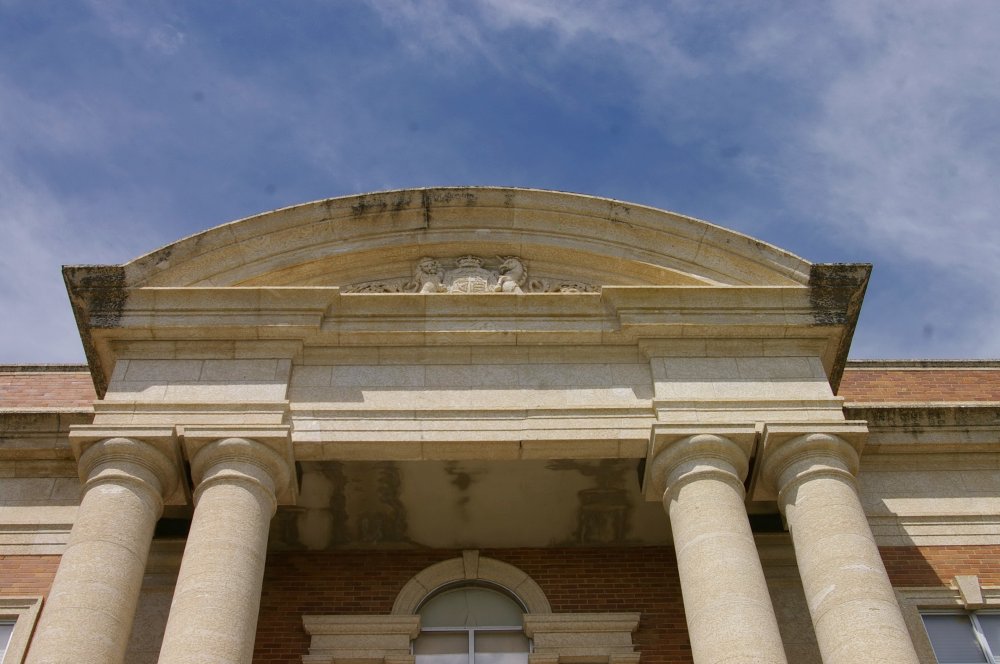 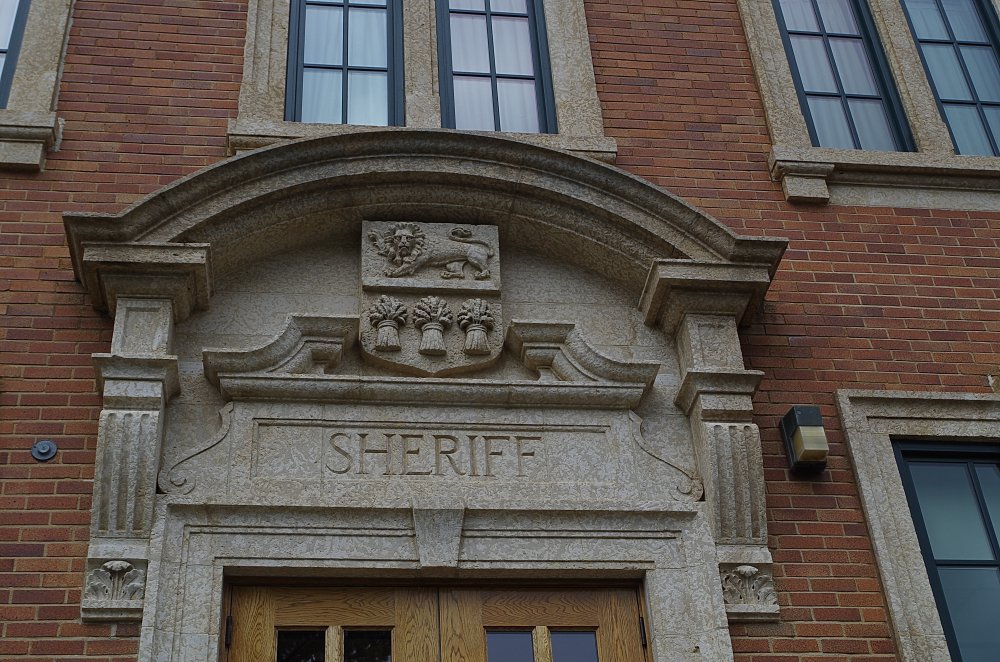 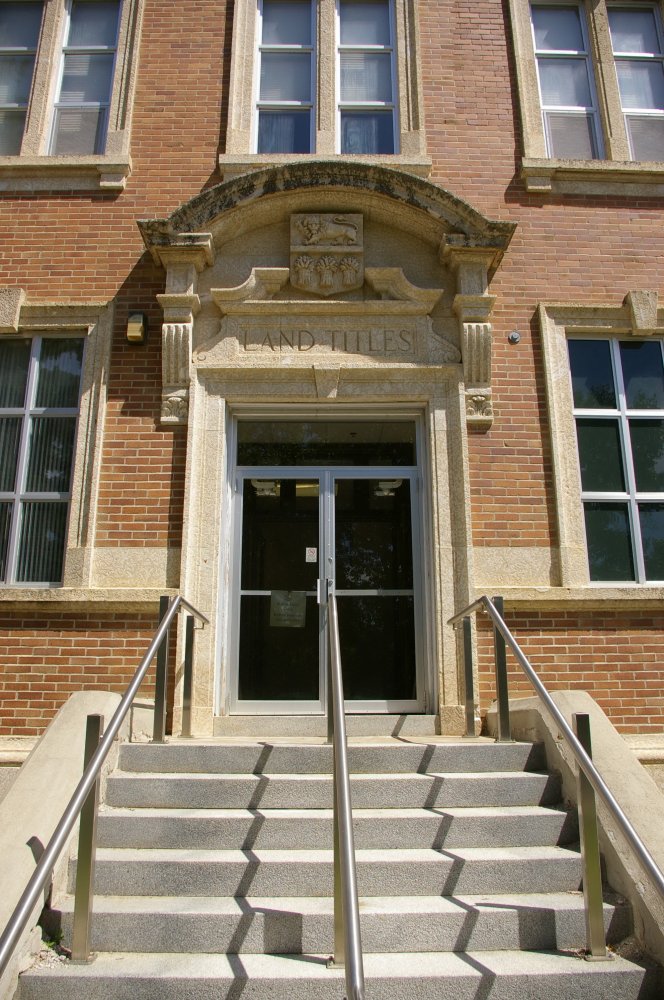 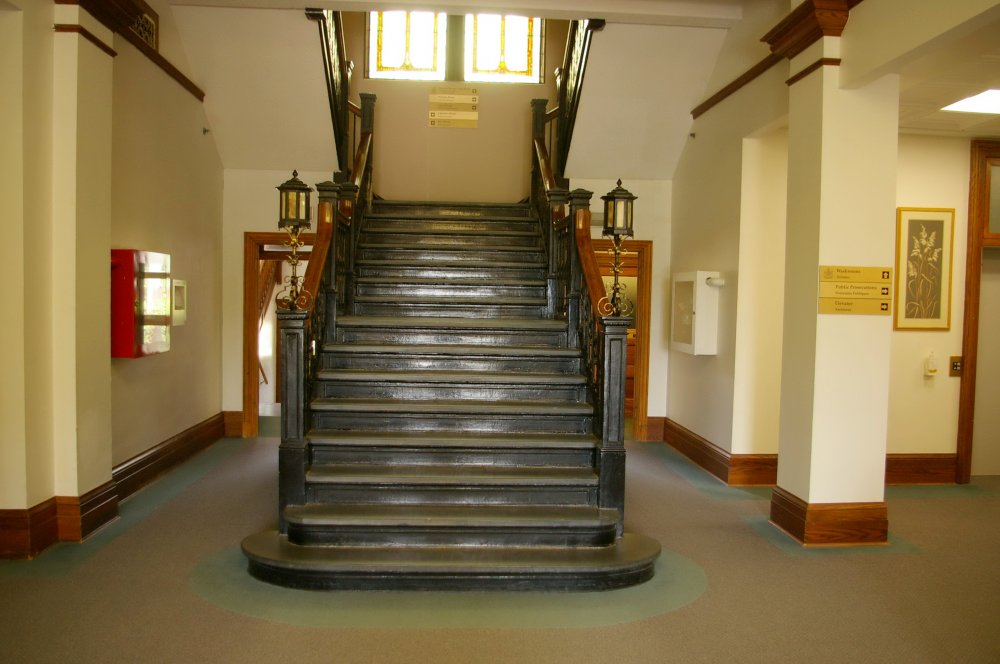 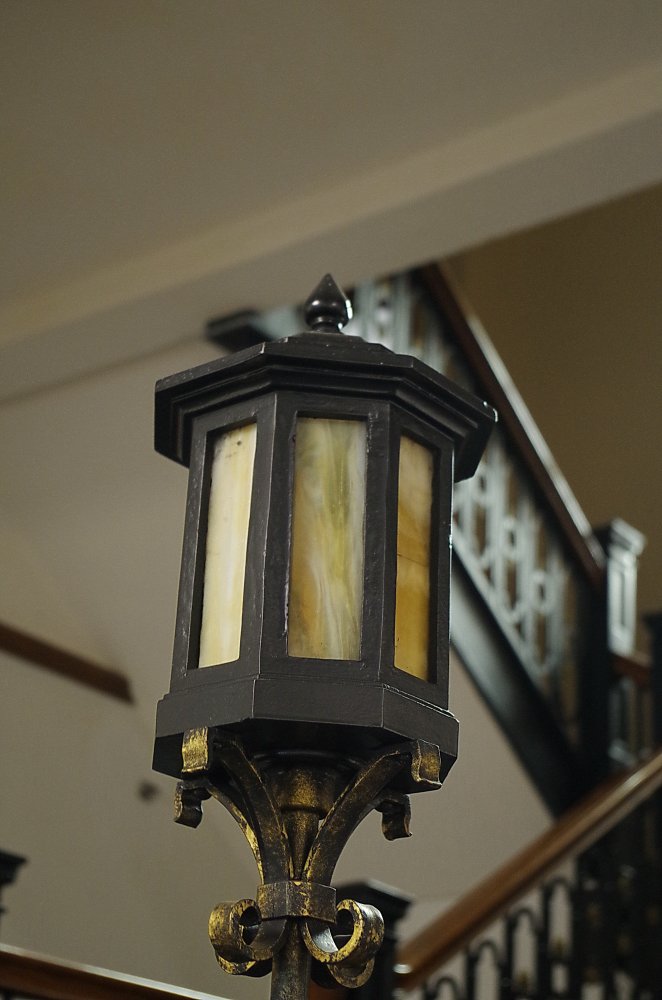 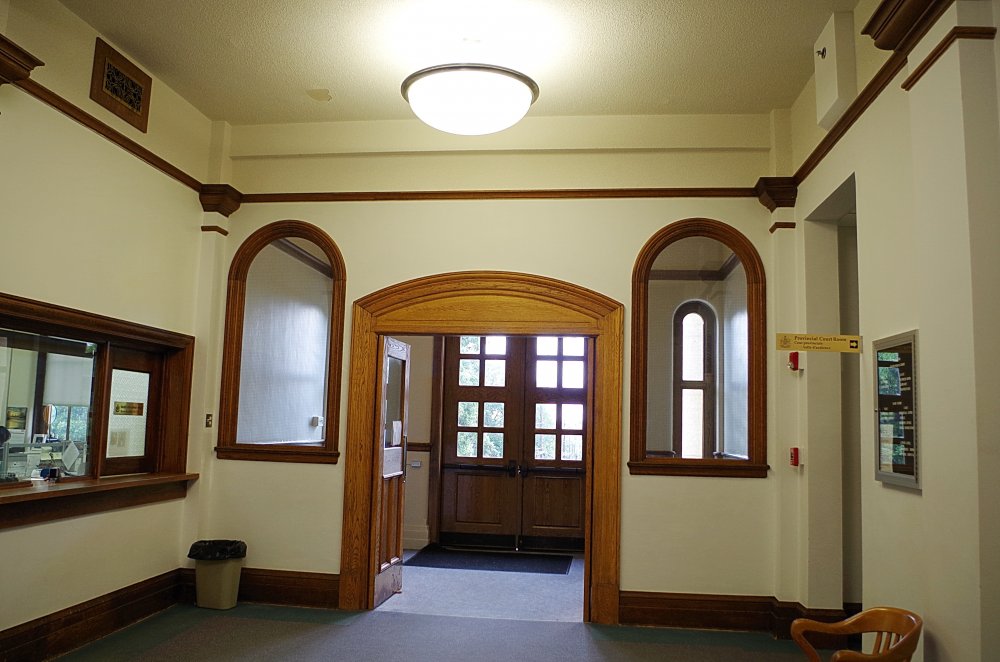 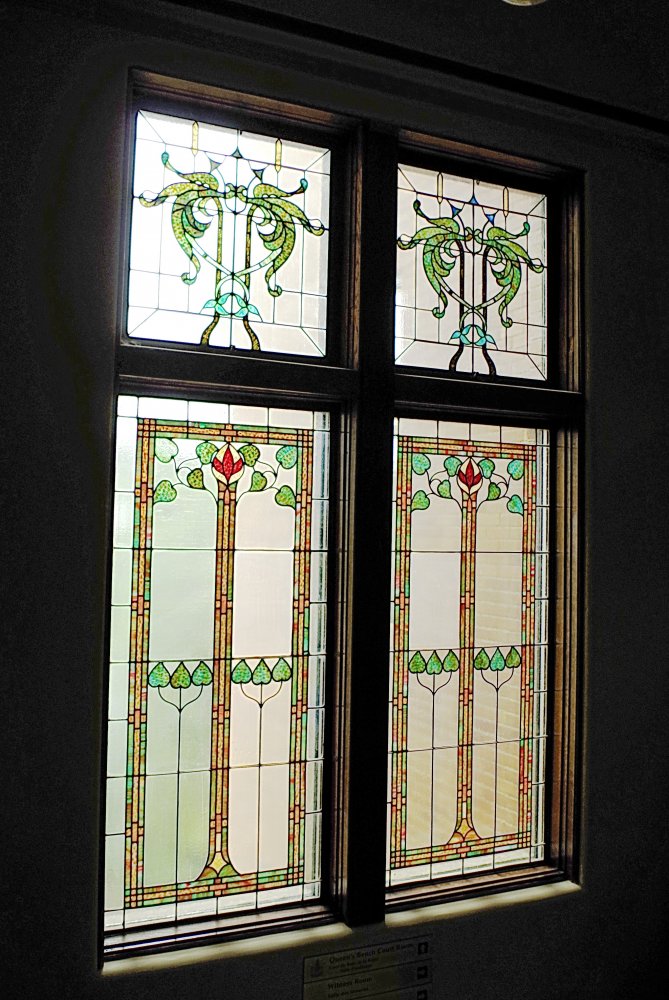