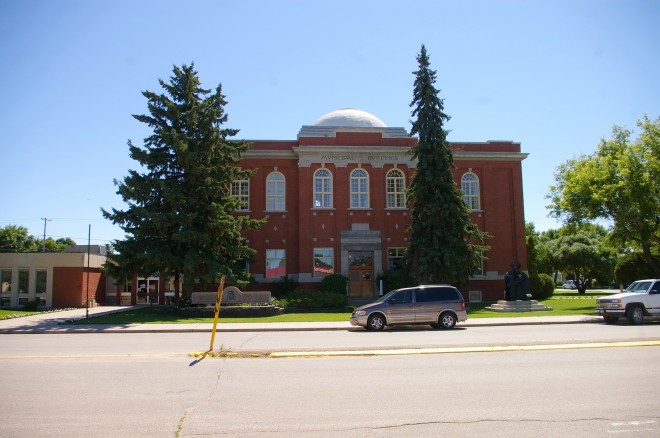 Melville is named for Charles Melville Hays, who was president of the Grand Truck Railway and Grand Trunk Pacific Railway at the time the town was settled.

Location:  Melville is located in the central eastern part of the Province.

Description:  The building faces west and is a three story dark red coloured brick, stone and concrete brick structure. The building is located on landscaped grounds in the centre of Melville. The west front has a central projecting section with entrance framed with stone on the first story. The second story windows are arched. A wide cornice runs below the flat roof line. On the centre of the roof is a large low dome. The second and third stories house a large open hall with stairs at the south side. The building is now the City Hall. A one story modern addition was constructed on the north side.

See:  The architect, Storey and Van Egmond of Regina, designed courthouses in Arcola and Battleford. 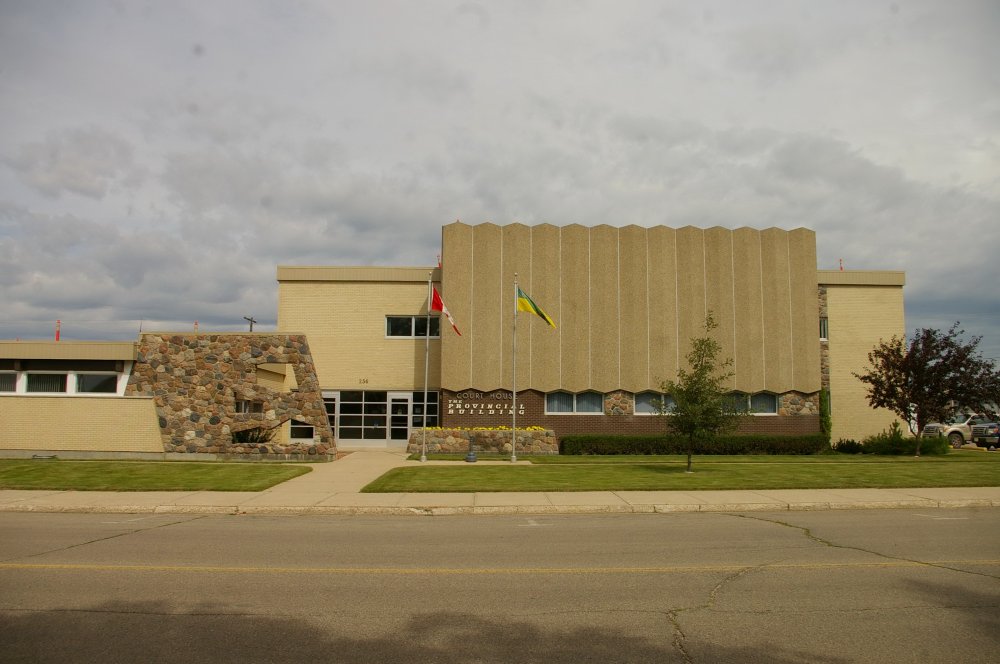 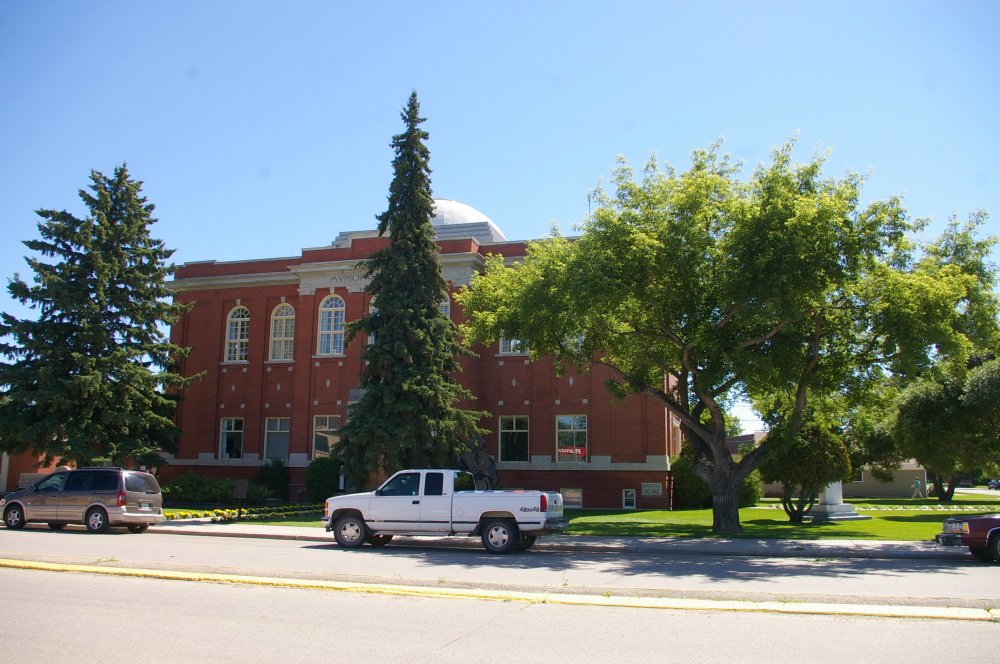 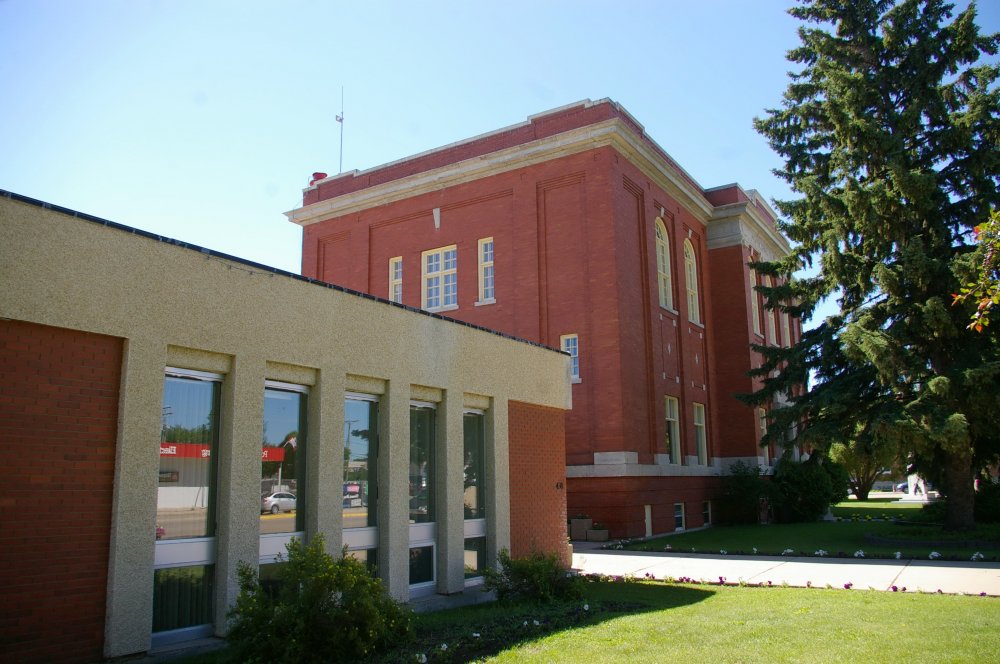 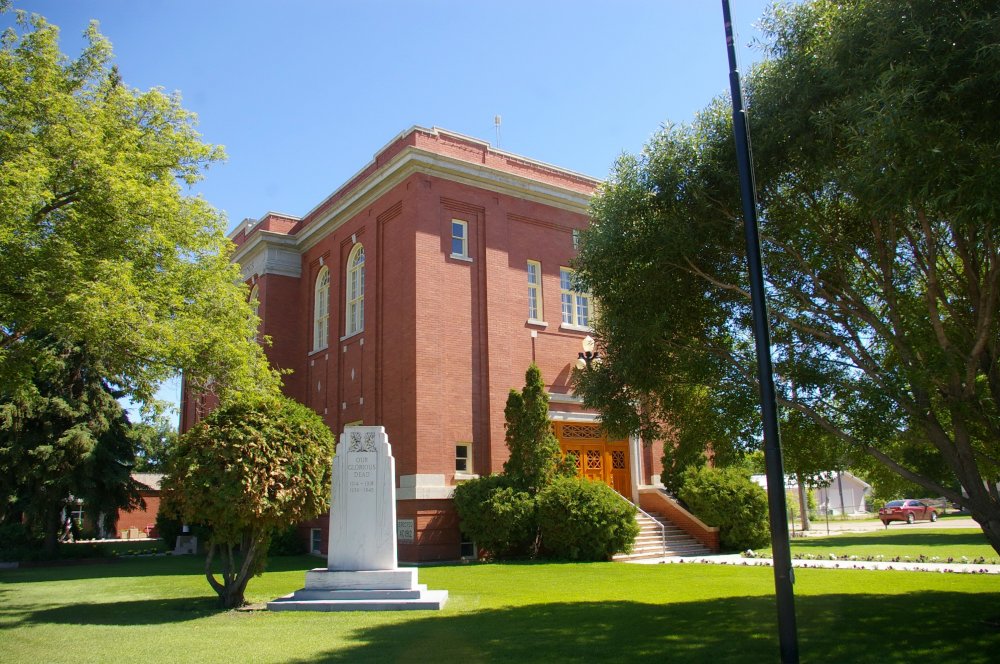 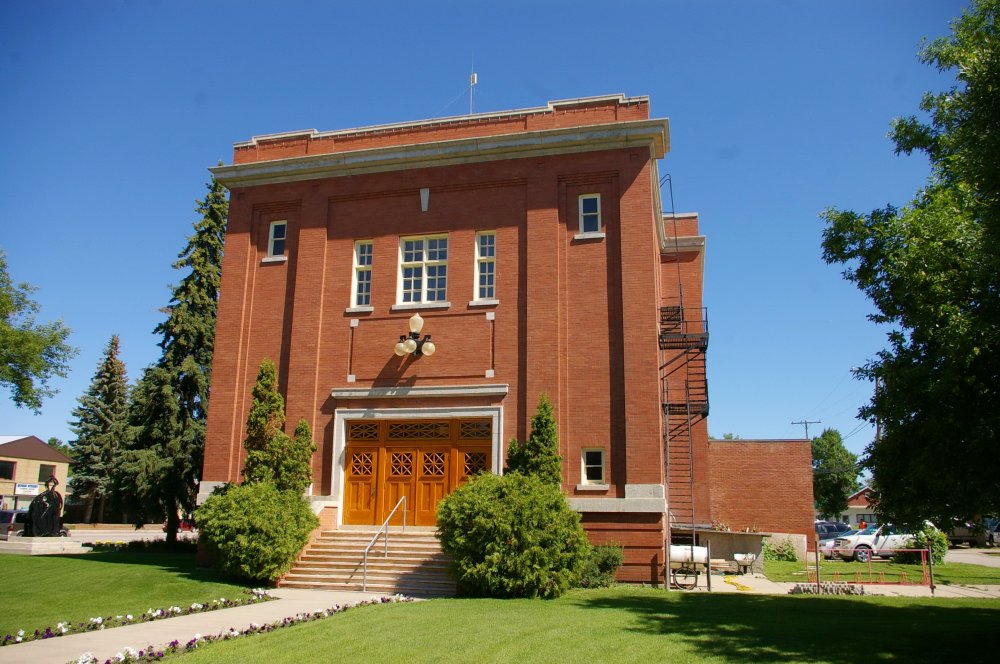 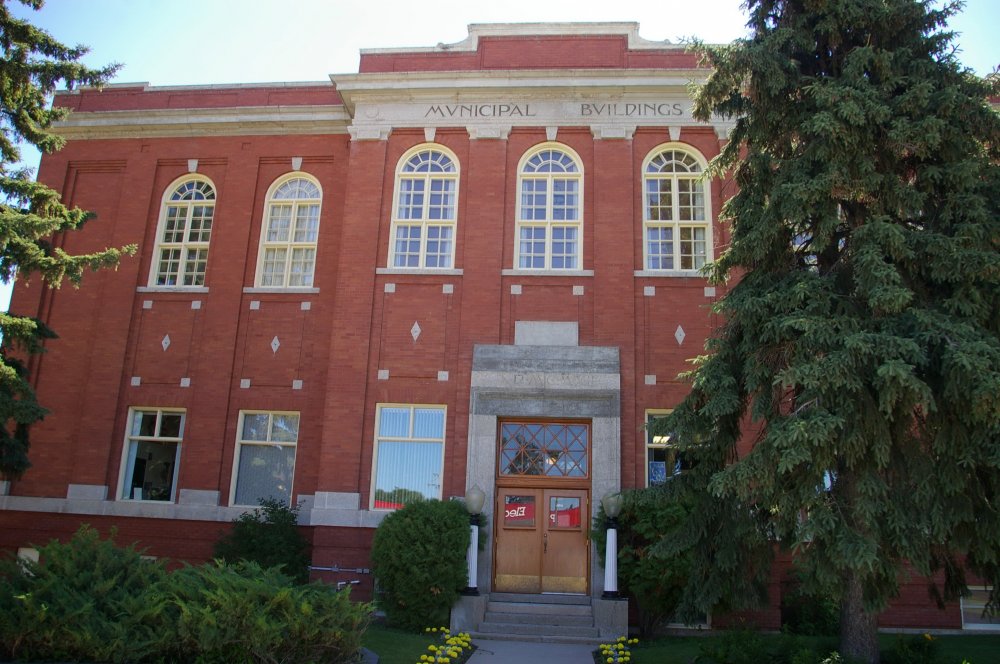 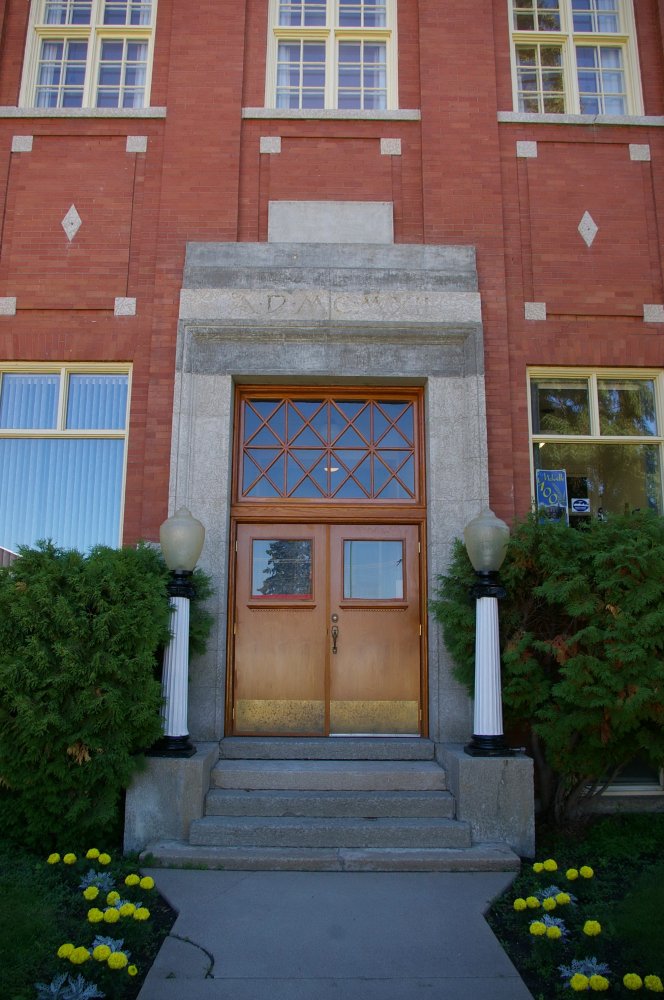 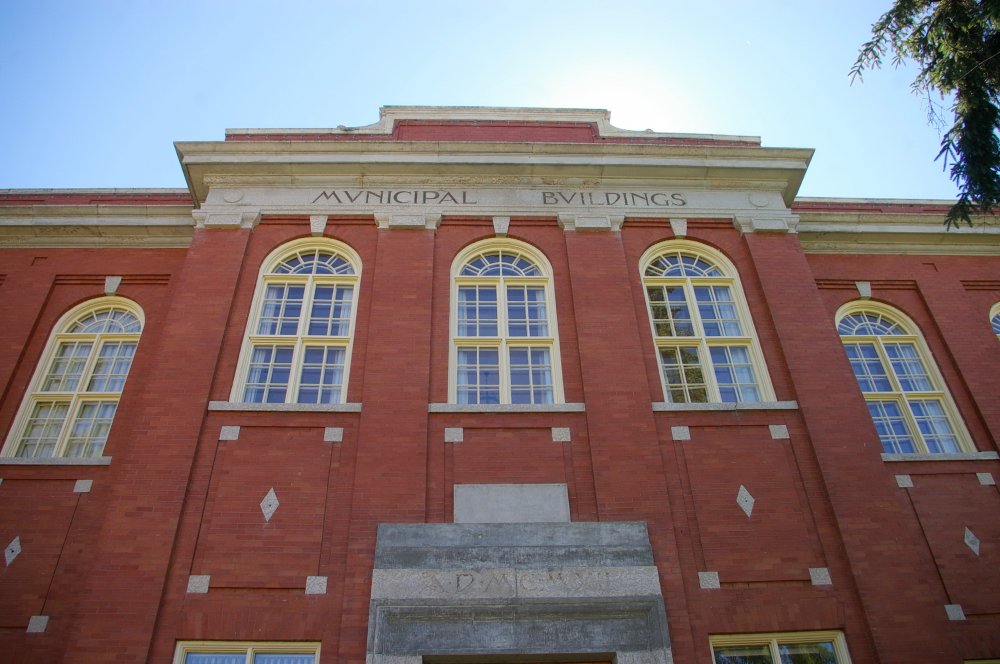