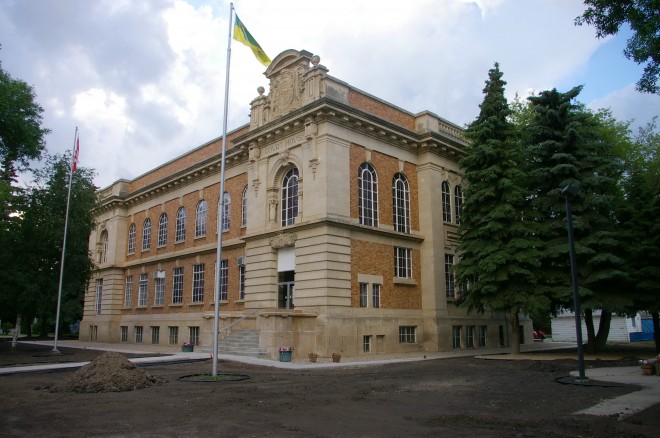 Humboldt is named for Alexander von Humboldt, who was a German explorer.

Location:  Humboldt is located in the central part of the Province.

Description:  The building faces south and is a two story red coloured brick and stone structure. The building is located on landscaped grounds in the centre of Humboldt. The exterior is clad in Claybank brick and Tyndall Stone. The south front has an entrance towards the east corner which is clad with limestone and has a large arched window on the second story and above is a large parapet with the coat of arms. The west corner is also clad with limestone and also has a large arched window on the second story. The east side of the building has a projecting central stone section. The west side has the stone framed entrance to the Land Titles. A wide cornice runs below the flat roof line.  The building has a stone foundation. The courtroom has a large carved ornate panel behind the judge’s bench.

See:  The architect, B Raymond Philbrick, also designed the courthouse in Swift Current, which building is the only other building in Saskatchewan to house both the Court House and Land Titles. 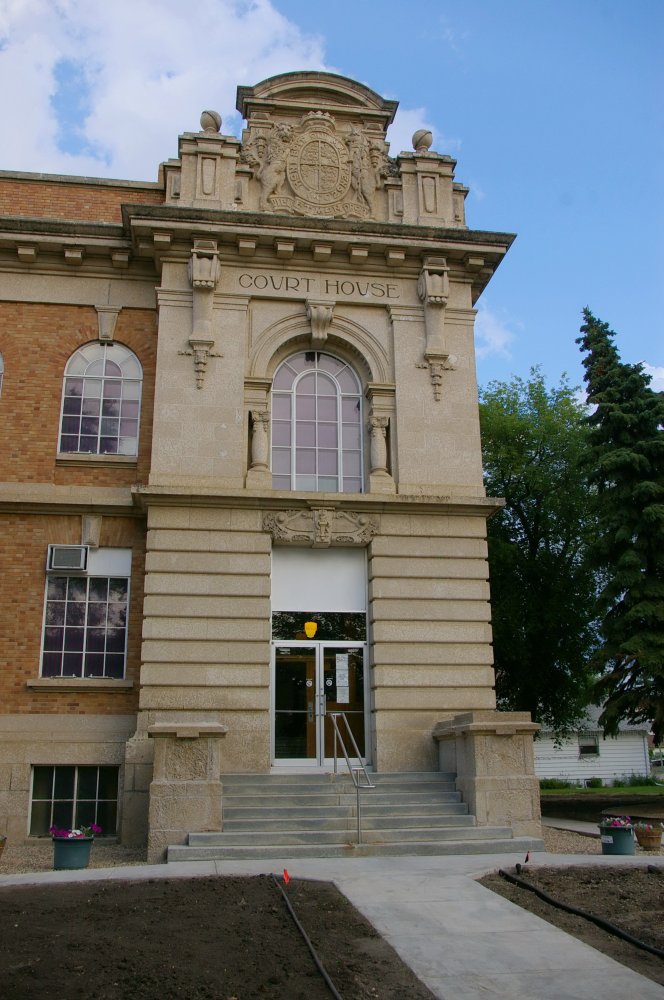 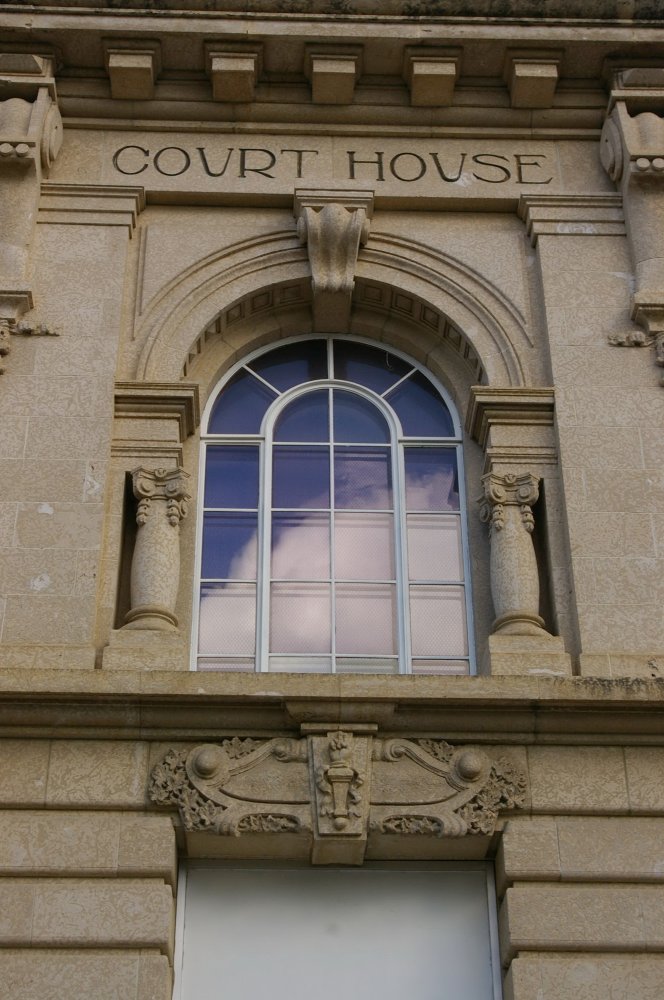 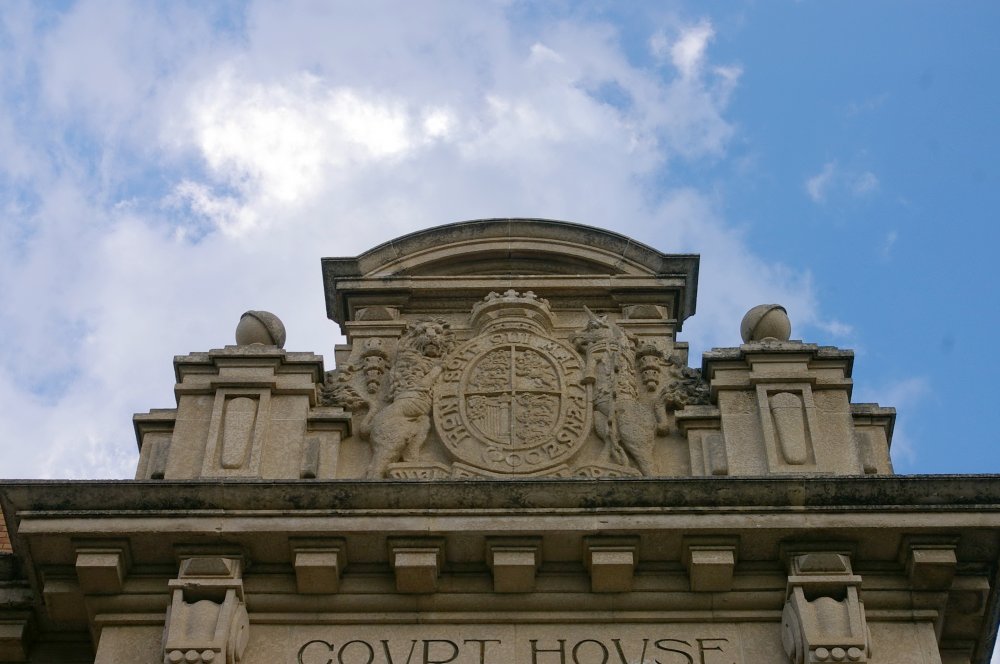 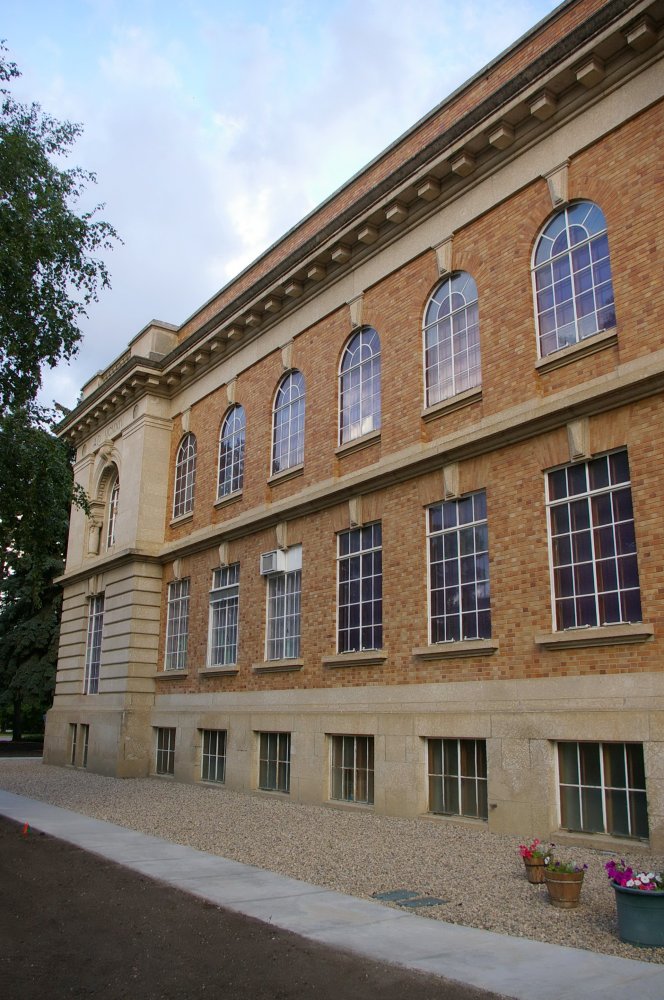 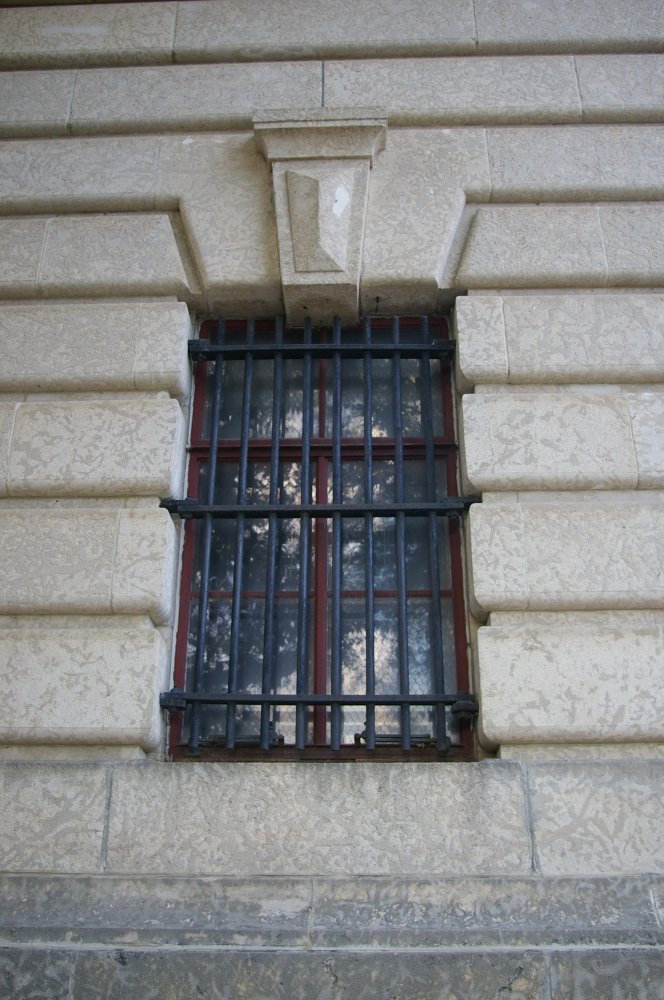 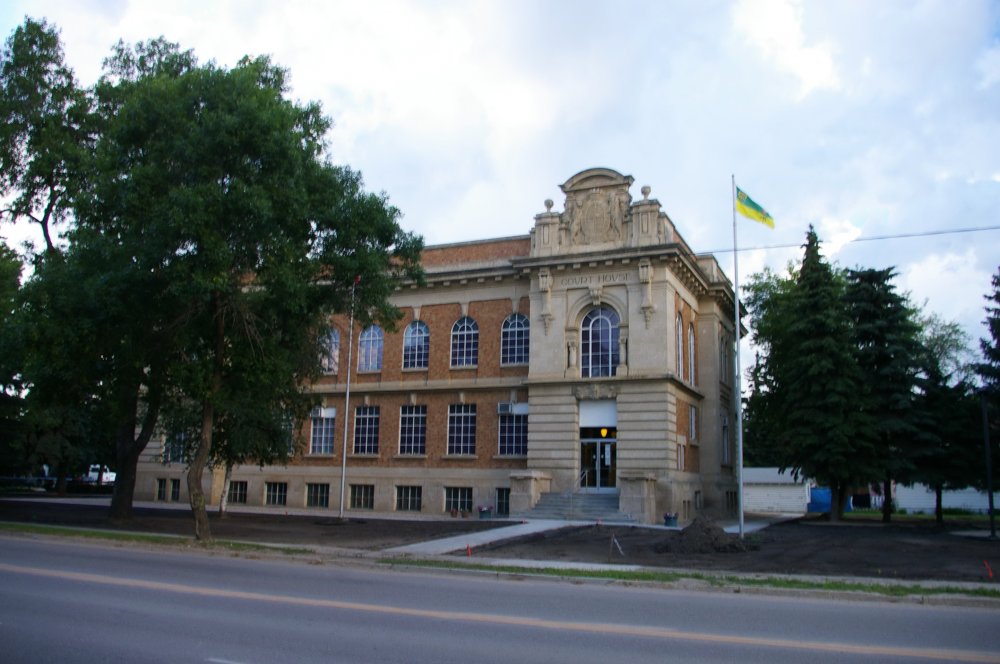 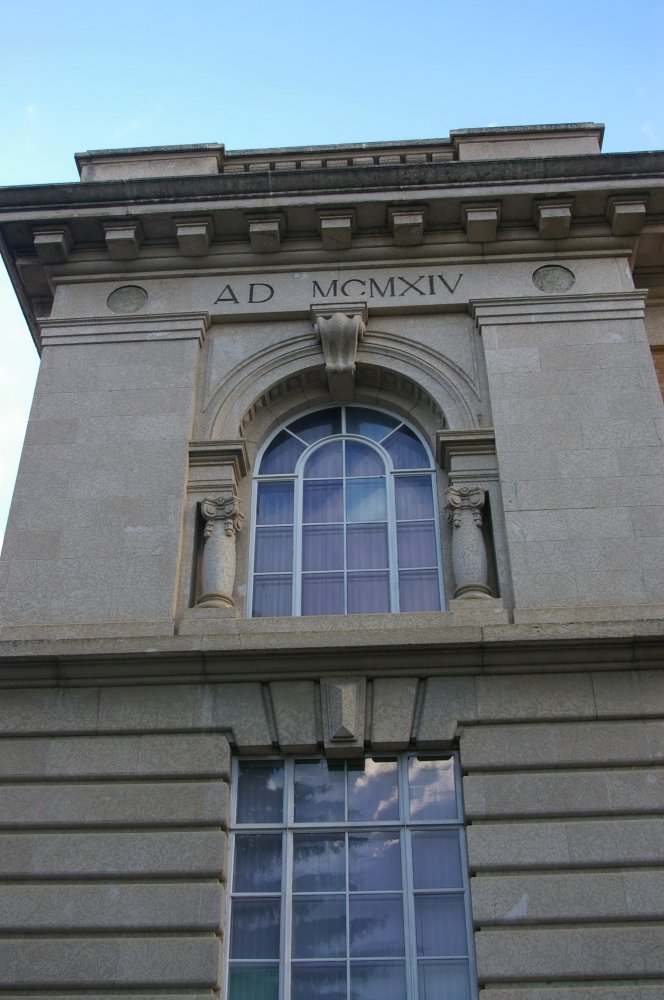 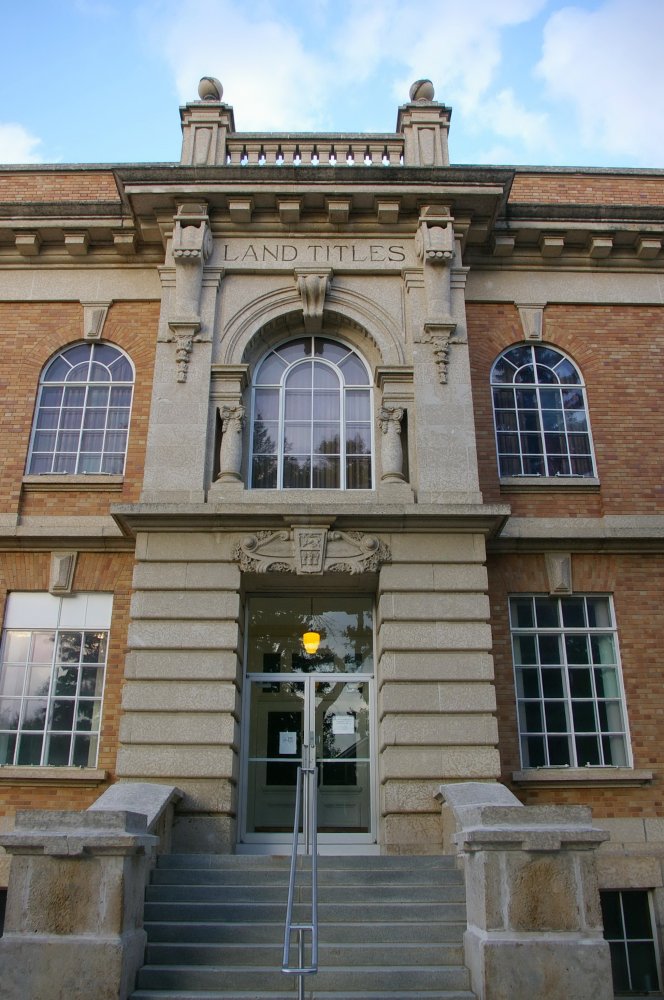