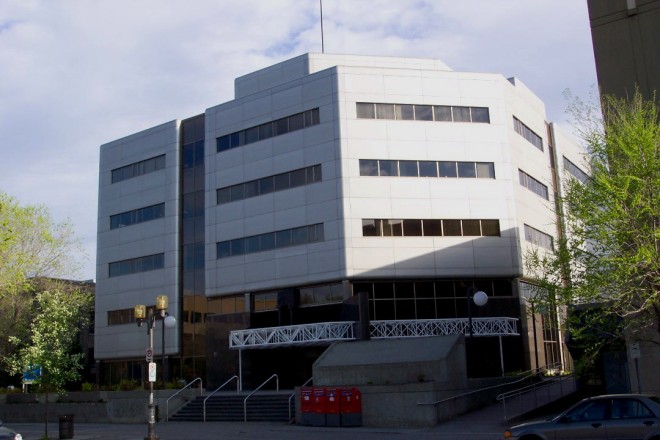 Description:  The building faces south and is a five story concrete and glass structure. The building has a central entrance on the first story on the south front. The windows are horizontal. The roof line is flat.