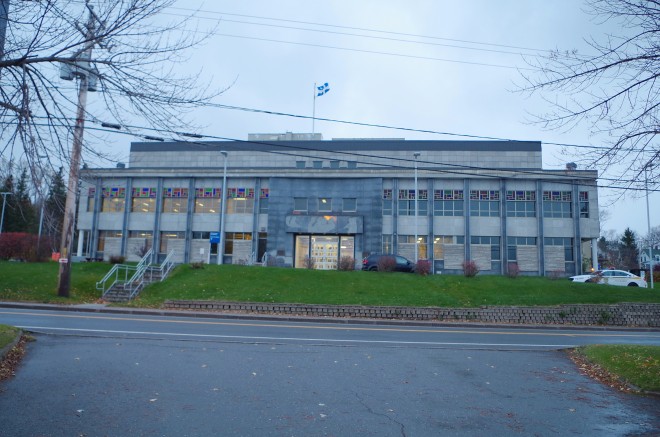 Description:  The building faces south and is a two story concrete structure. The building is located on landscaped grounds. The south front has vertical concrete pillars with large second story windows between. The central entrance is framed with concrete with three small square windows on the second story. The roof line is flat.

Note: The first courthouse was built in 1872. The building was demolished. 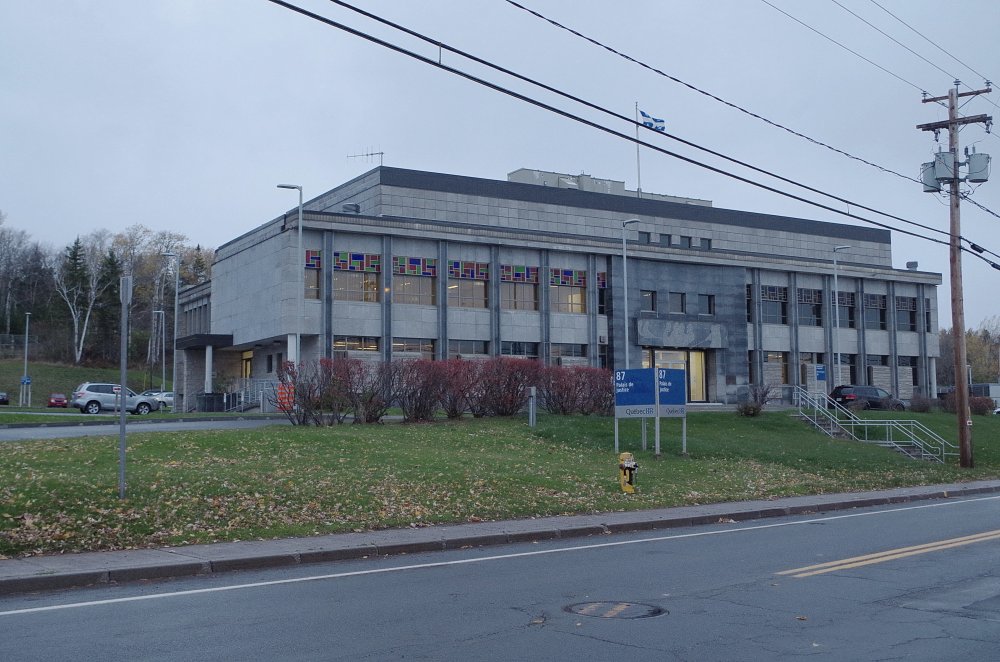 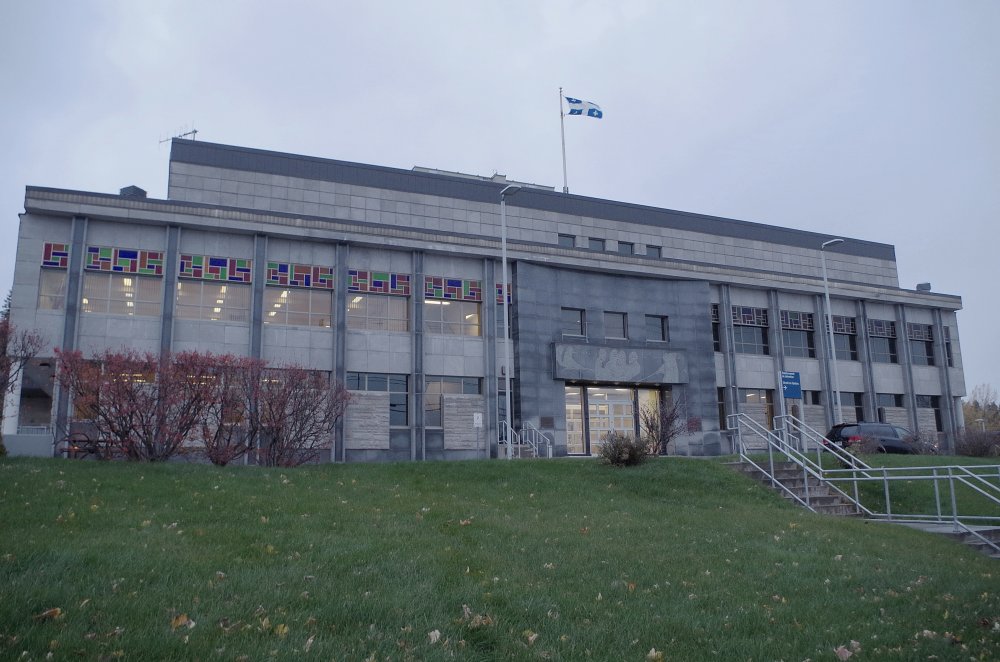 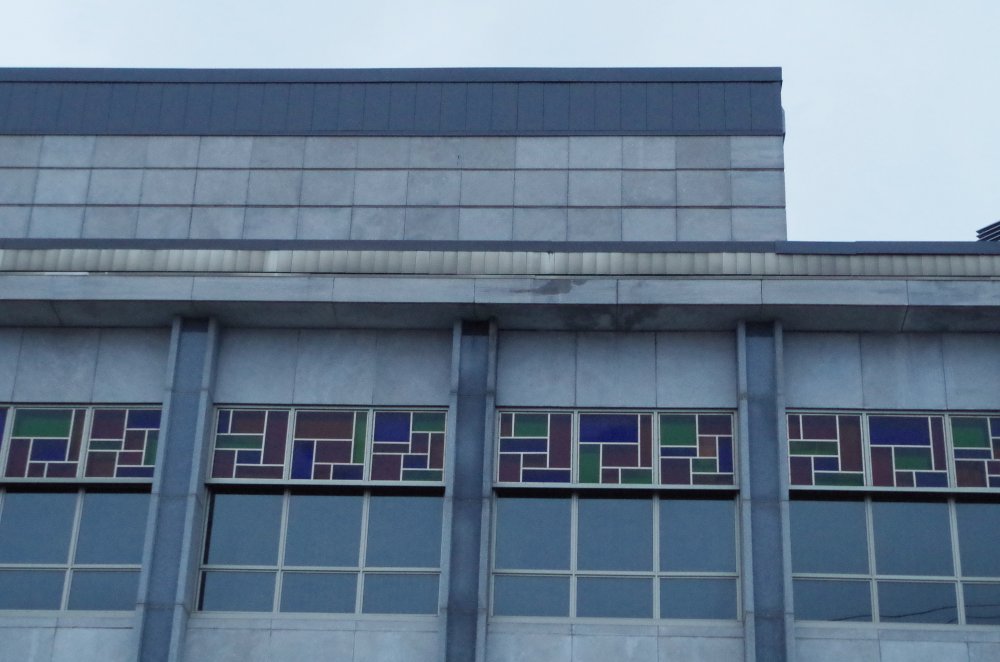 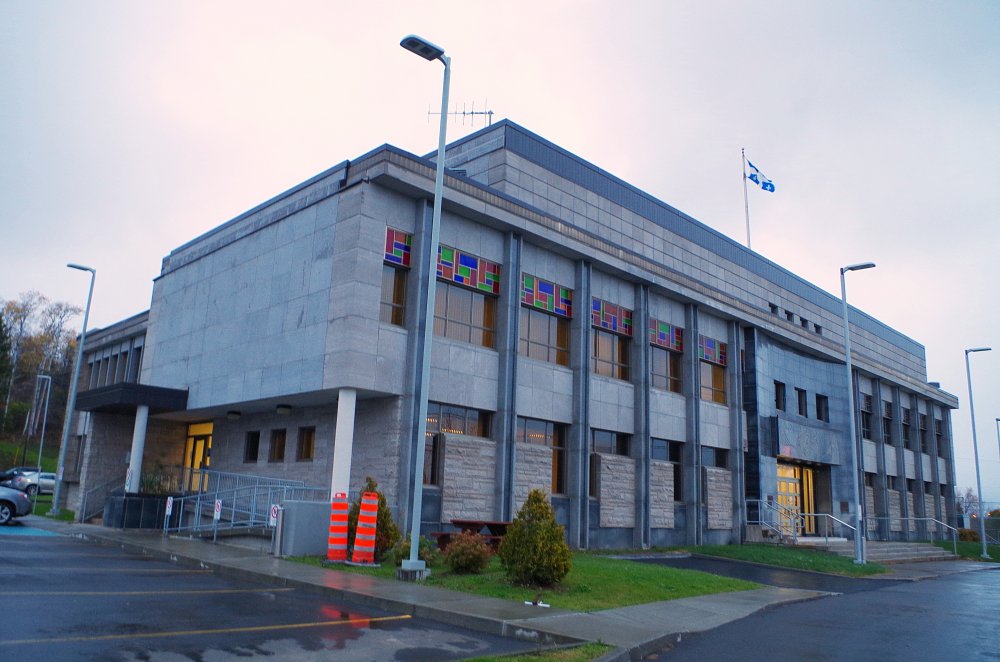 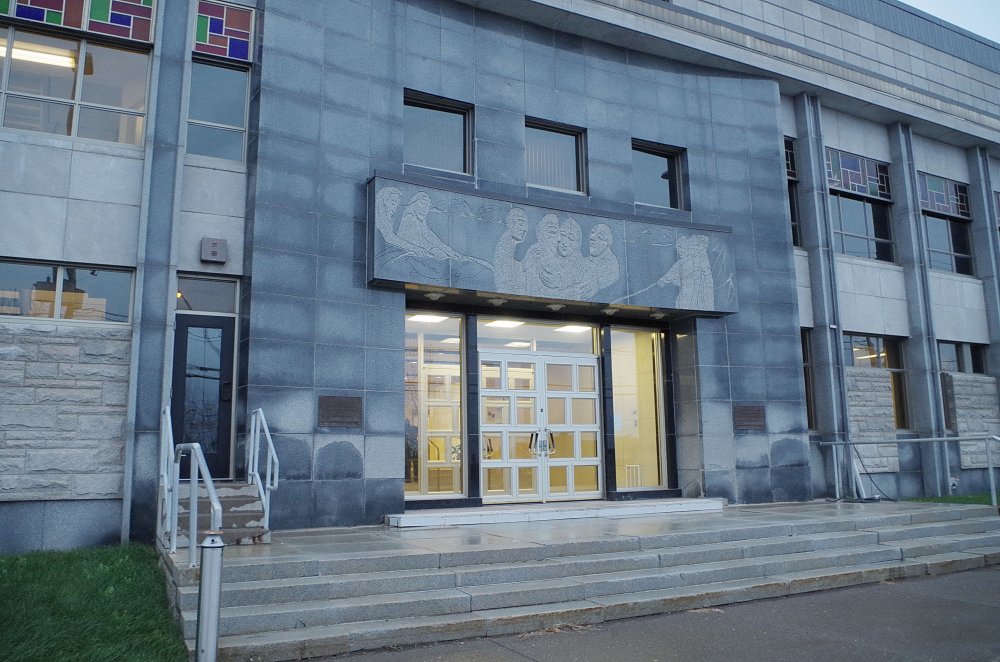 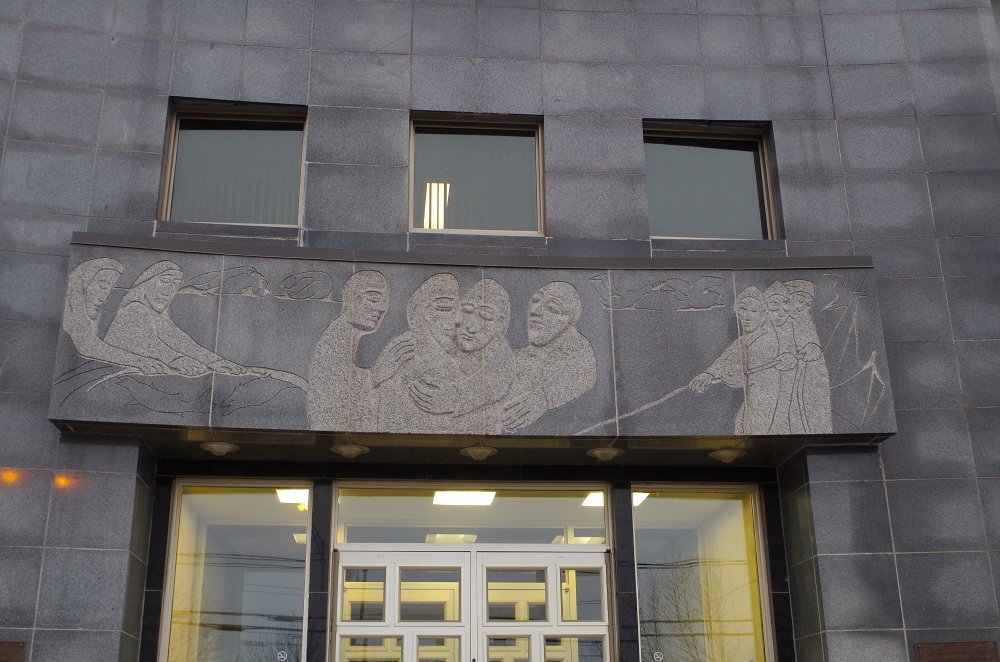 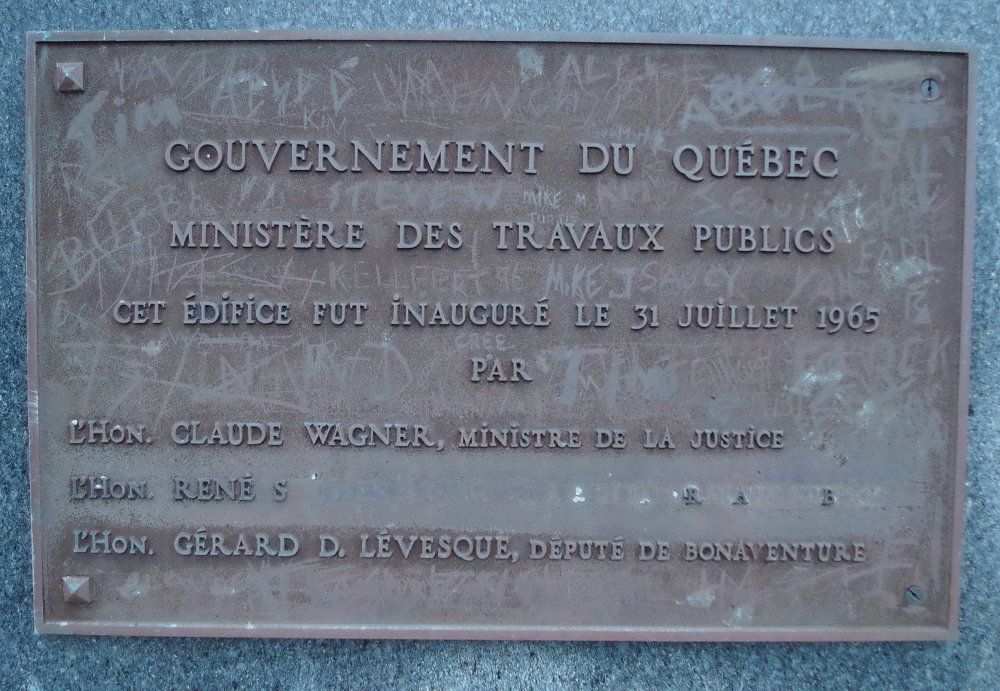