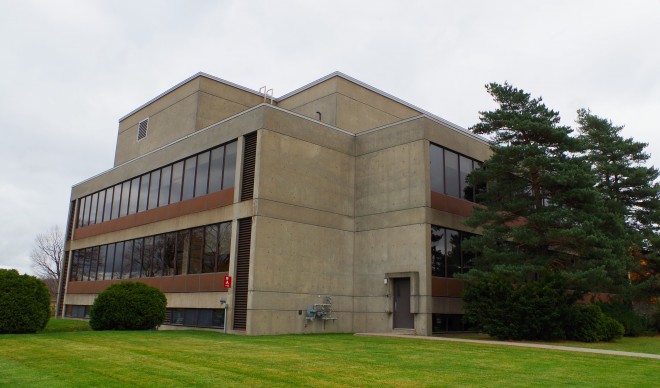 Arthabaska Judicial District is named for the Cree word “athap-as-a-w” which means “grass or reeds here and there” in reference to Lake Arthabaska.

Description:  The building faces southwest and is a two story concrete structure. The building is located on landscaped grounds. .The entrance is on the southeast side of the southwest front. The windows are horizontal. On the northeast side the building has glass walls. The roof line is flat.

Note:  The first palais de justice was designed by Frederick Preston Rubidge of the Quebec Department of Public Works and was constructed by Henry Benson Sinclair of Quebec City and Joseph Skelsey of Montreal in 1859 to 1860. The building was demolished for construction of the present palais de justice. 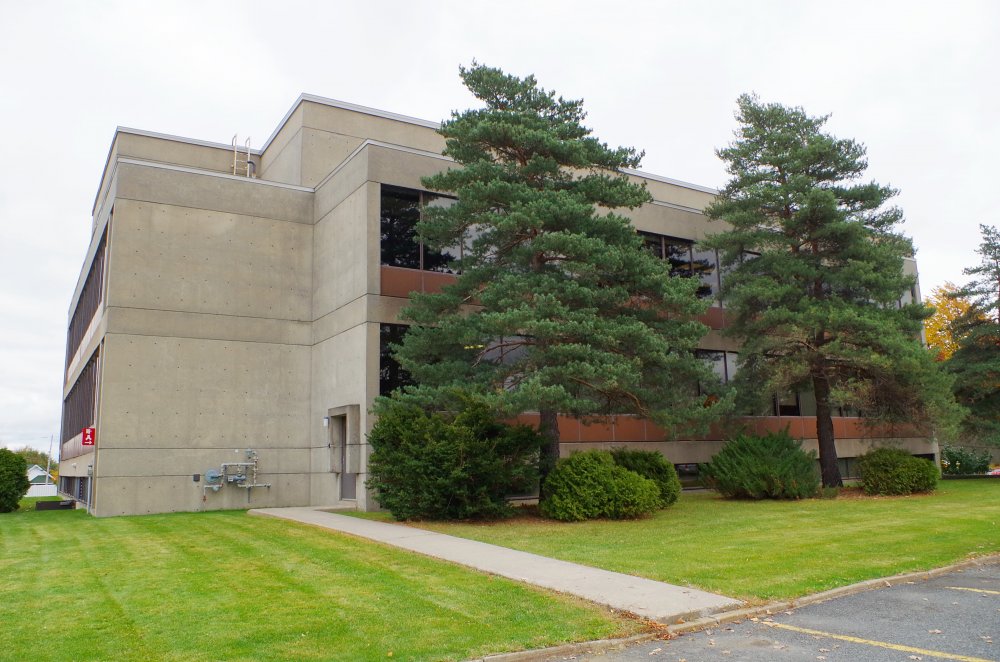 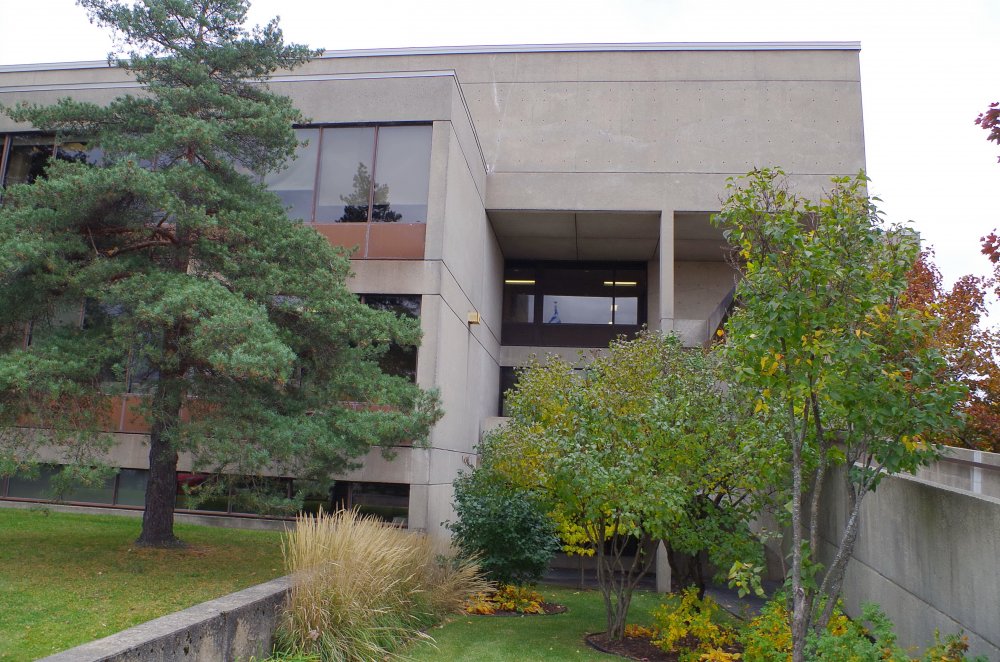 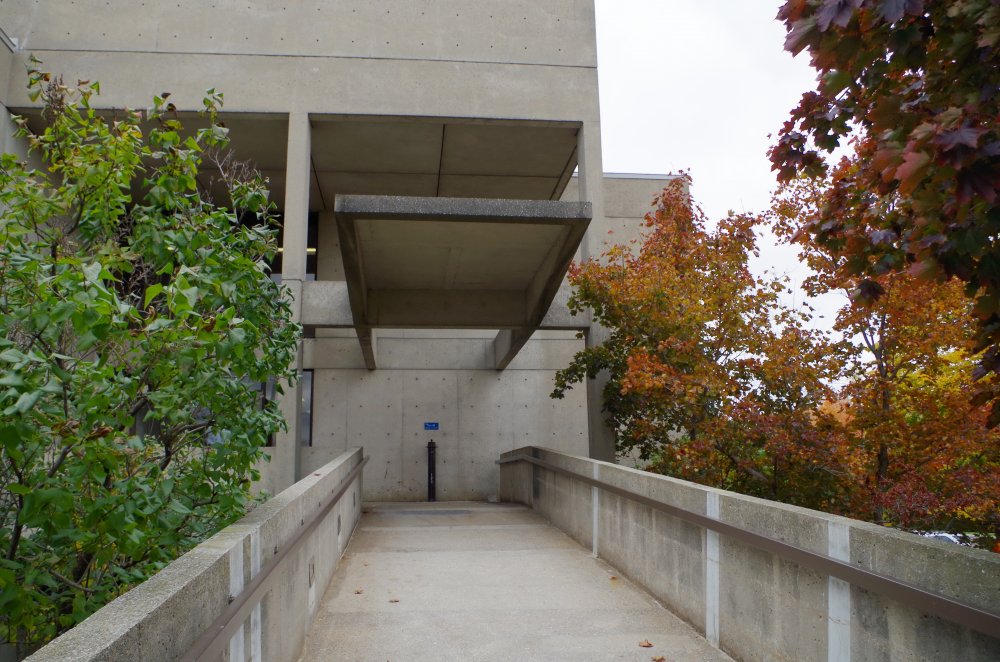 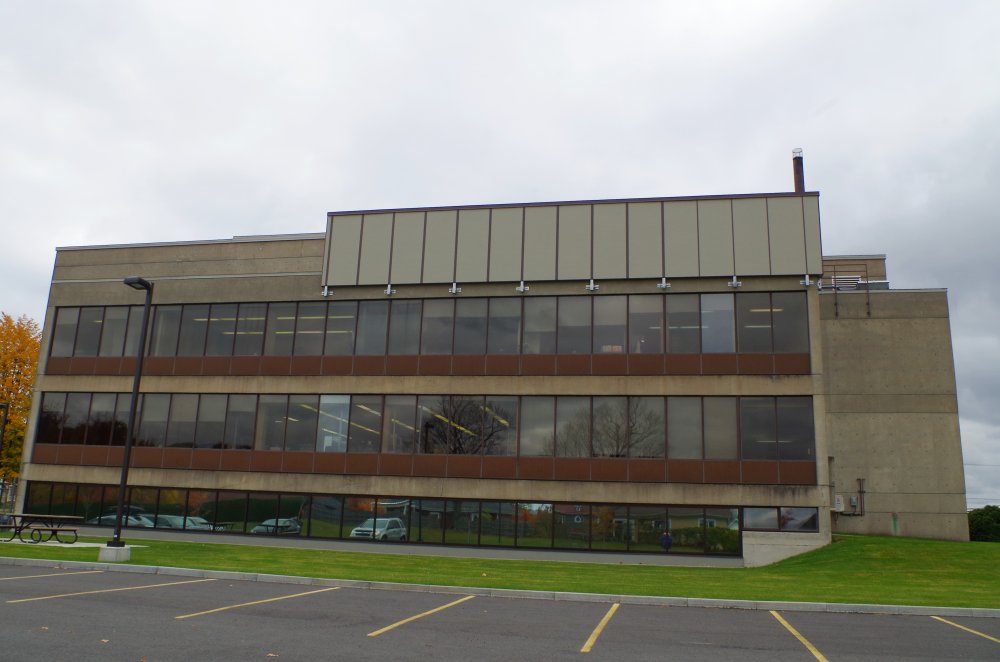 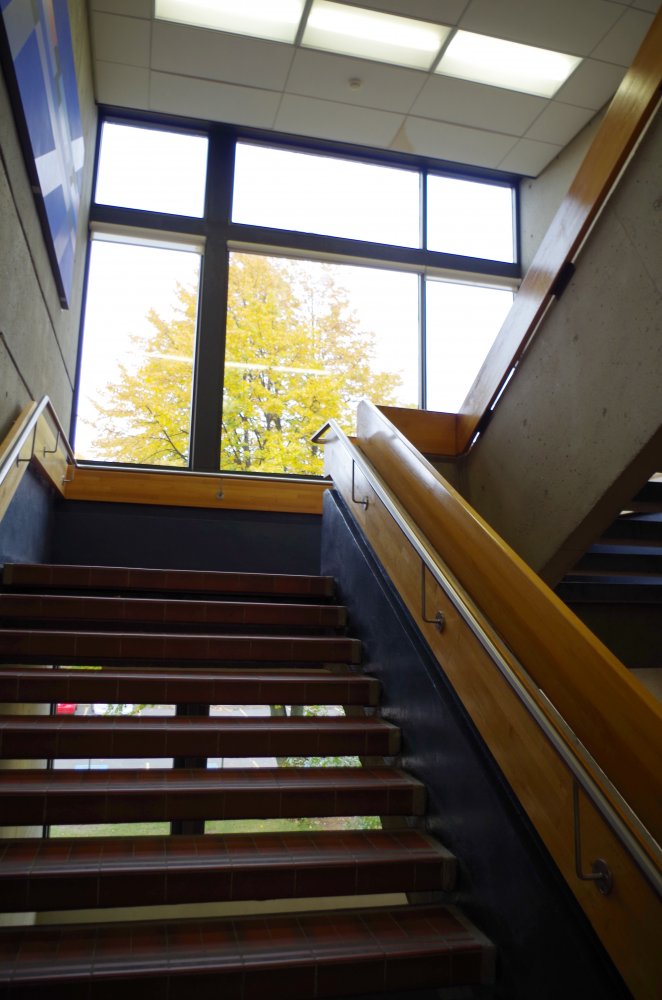 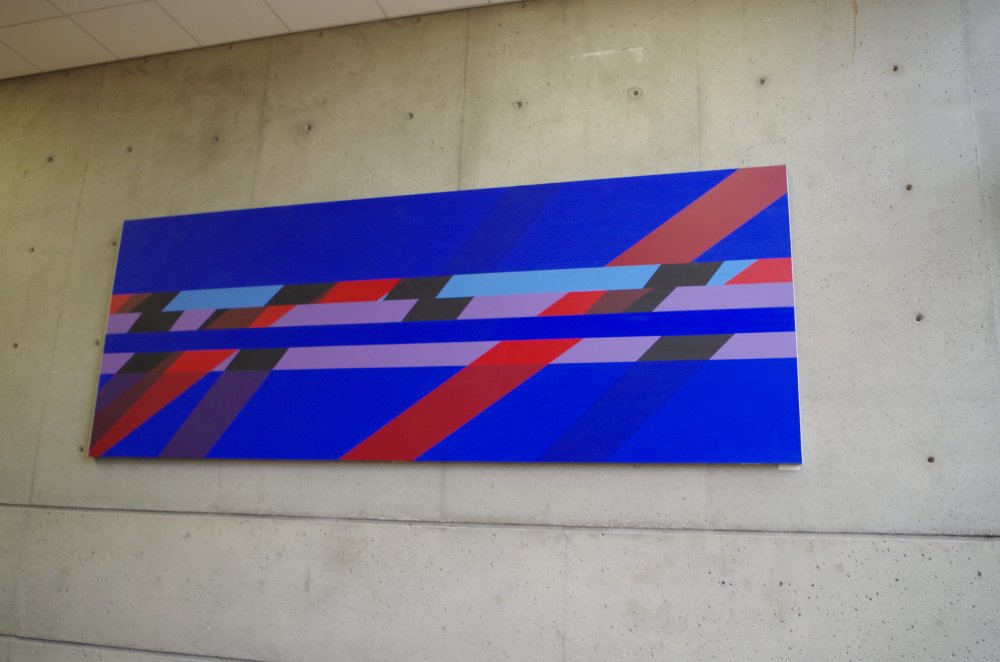 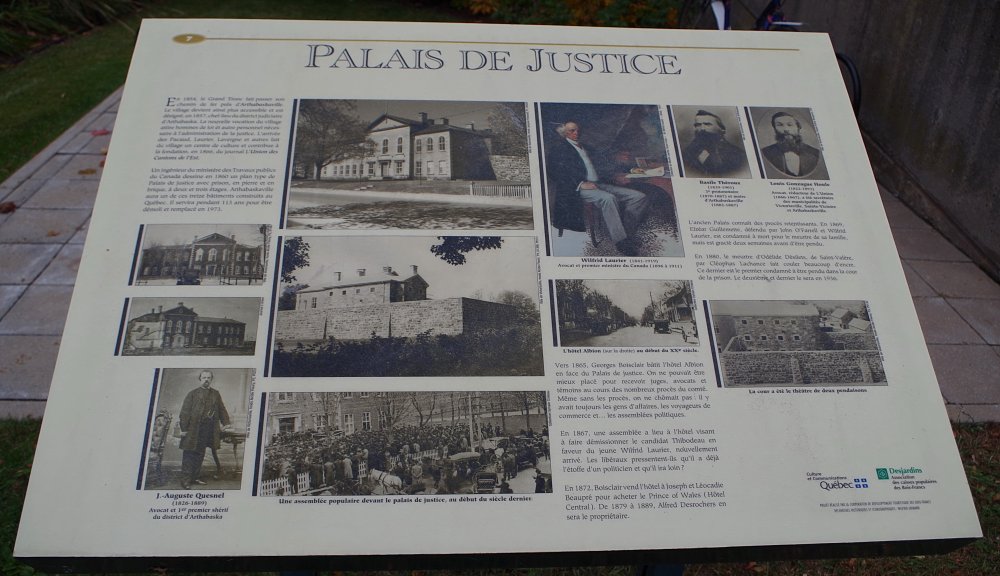