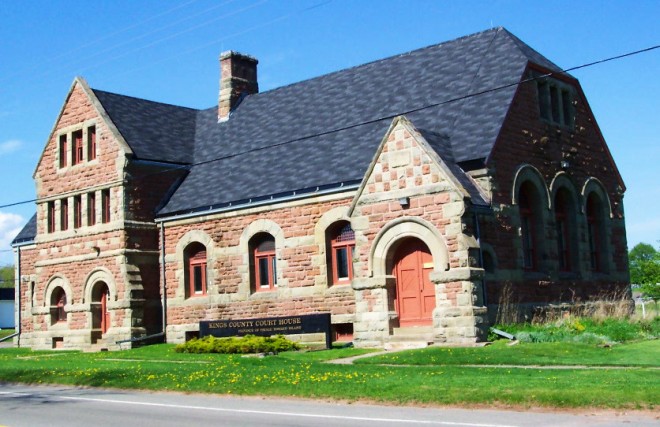 Description:  The building faces west and is a one and a half story red and grey coloured sandstone structure. The building is located on landscaped grounds and is constructed with red coloured Island sandstone and grey coloured Wallace sandstone. The west front has a projecting section towards the north with arched entrance on the first story, a group a small windows on the second story and three windows on the third story. At the south end is a projecting section with arched entrance. The roof is hipped. The large courtroom is located on the south side of the building with the judges bench on the east side. The building was named as the Alexander W Matheson Building. 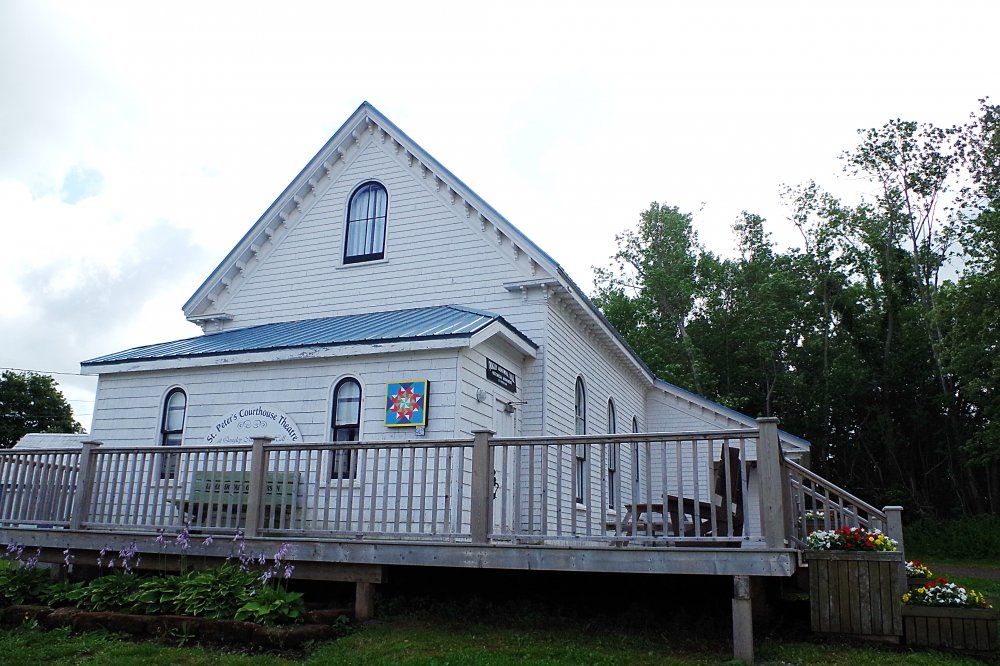 Description:  The building faces north and is a two story white coloured wood frame structure. The building is located on landscaped grounds to the west of the town centre. The windows are arched and the steep roof is hipped. In 1897 the front vestibule and side door were added by John MacKinnon. The building is now the Quigly Memorial Hall and houses the Courthouse Theatre.

Note: The cost of construction was $940. Similar courthouses were erected in Souris, Grand River, Murray River and Dundas. 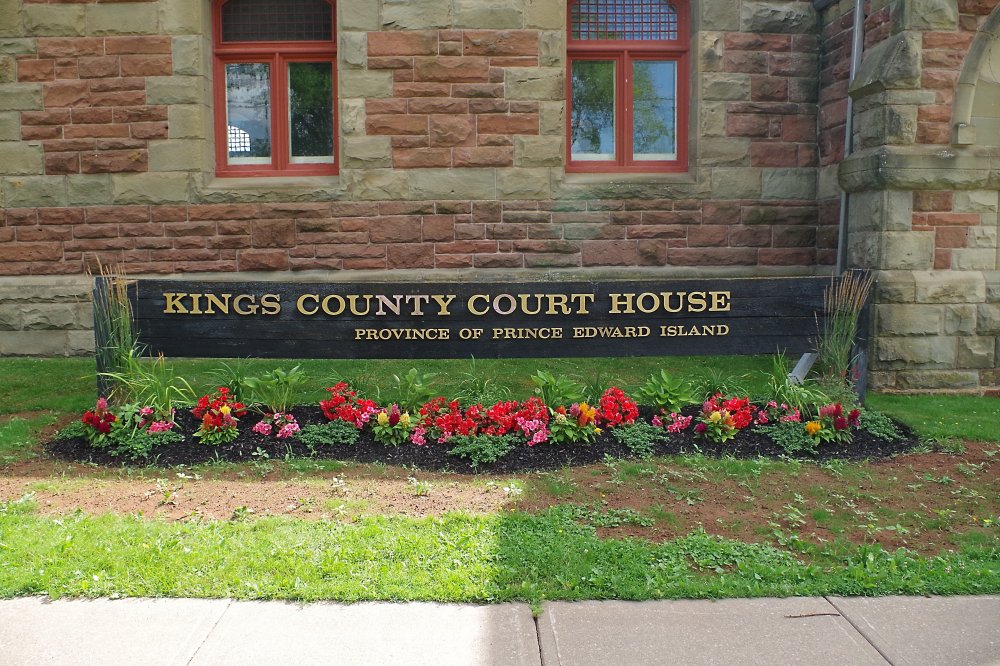 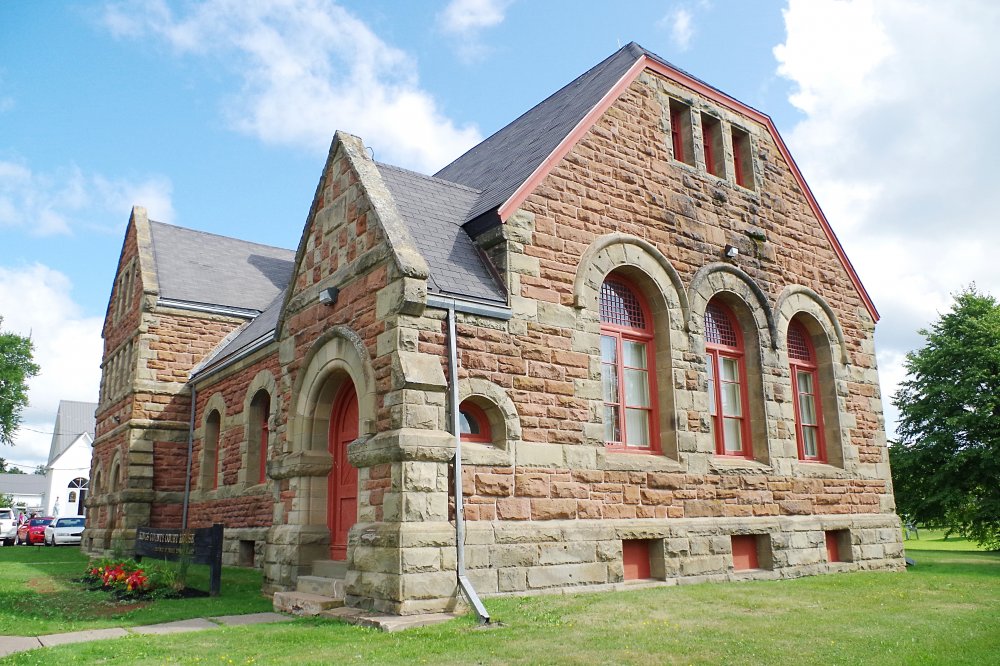 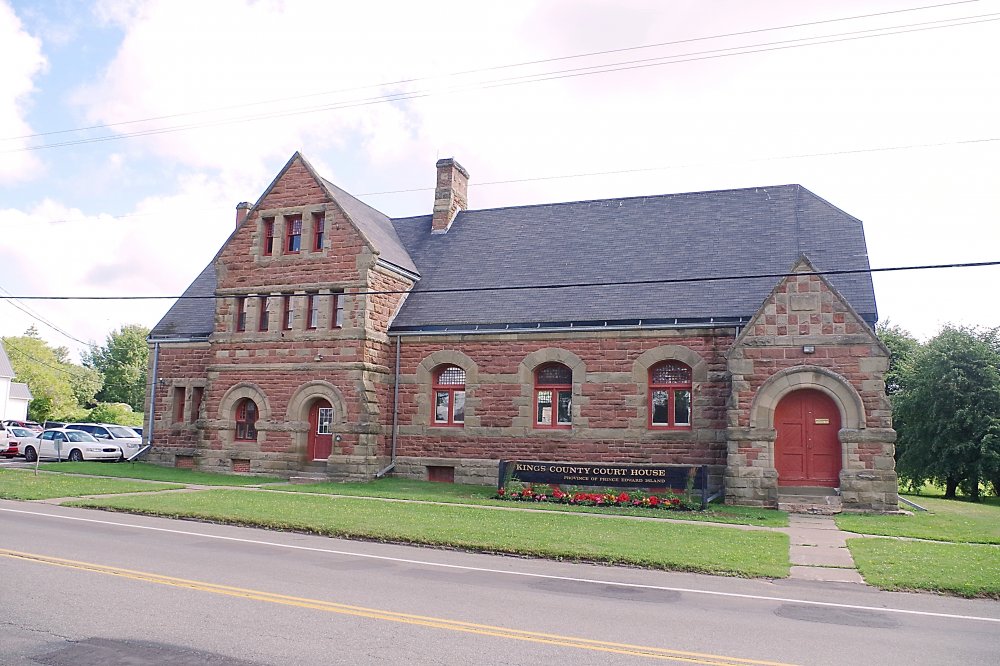 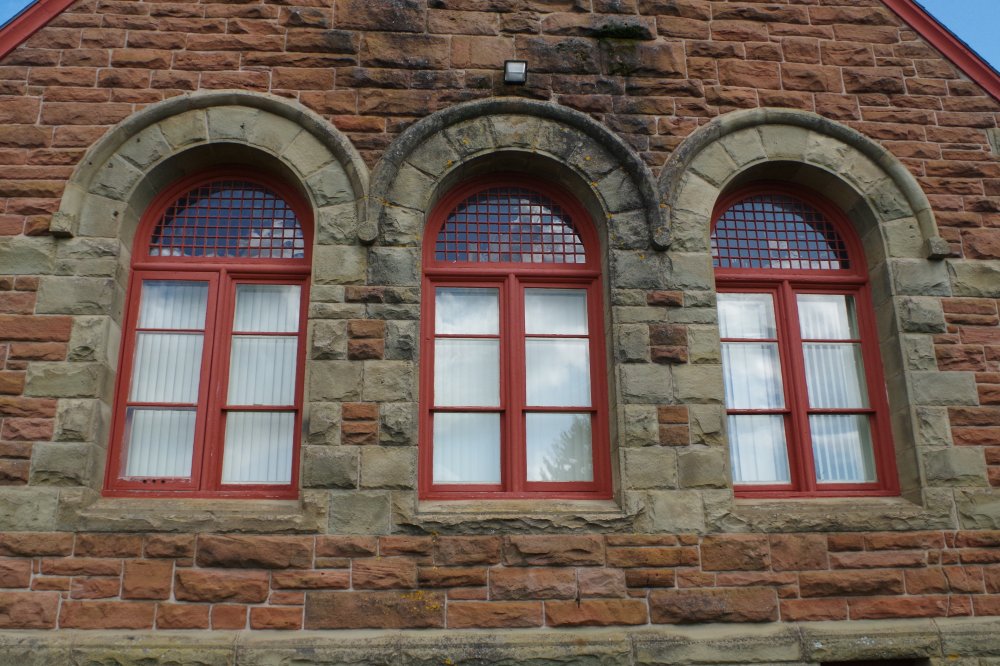 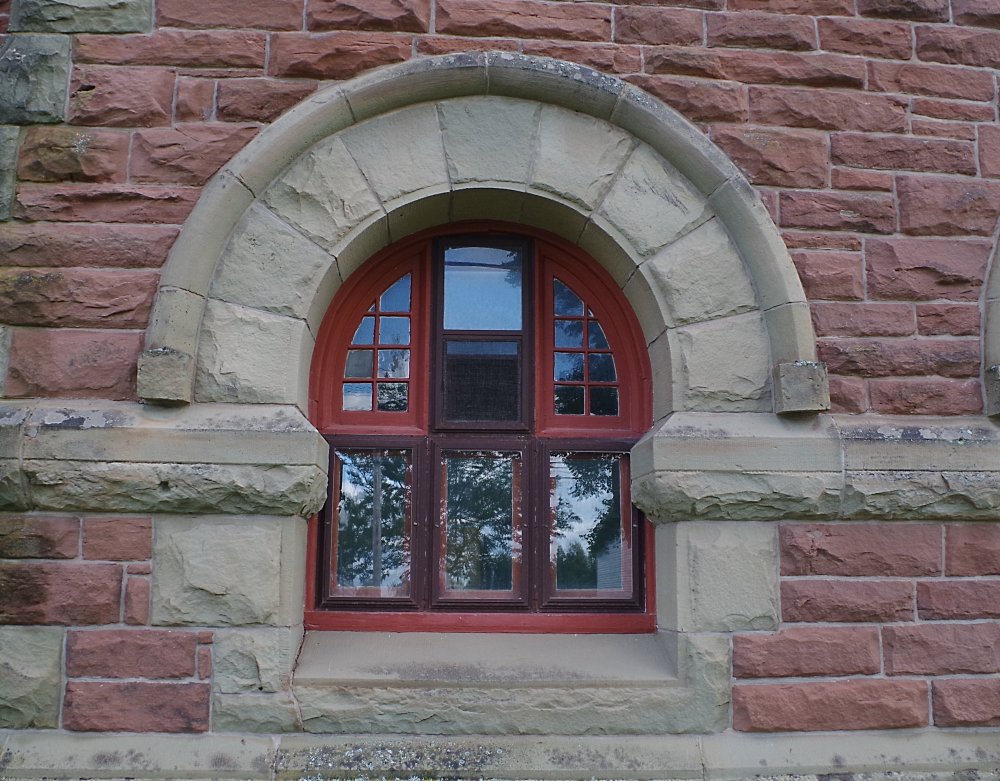 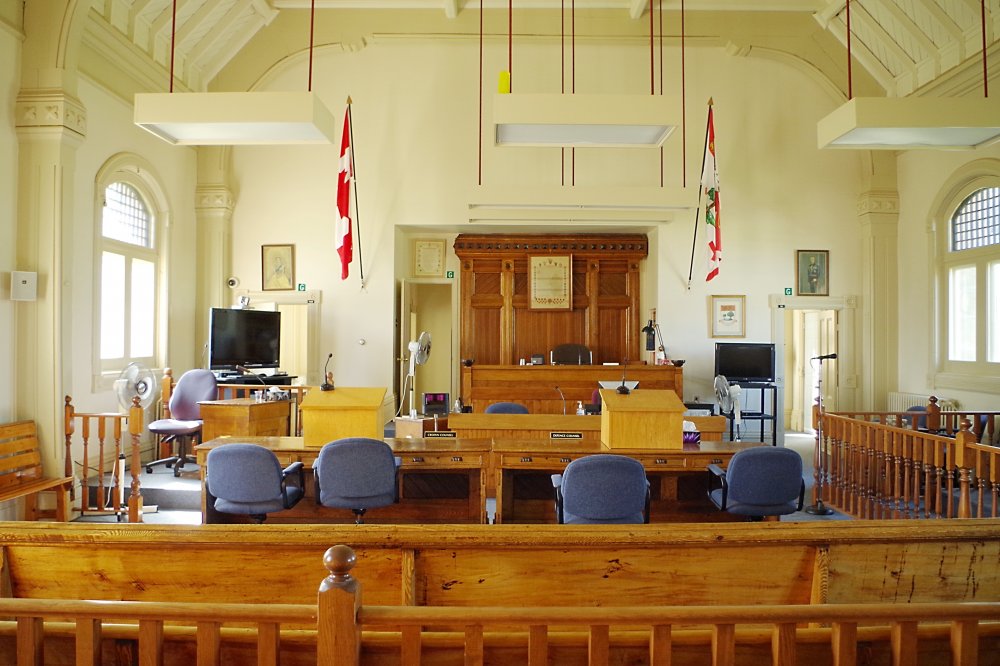 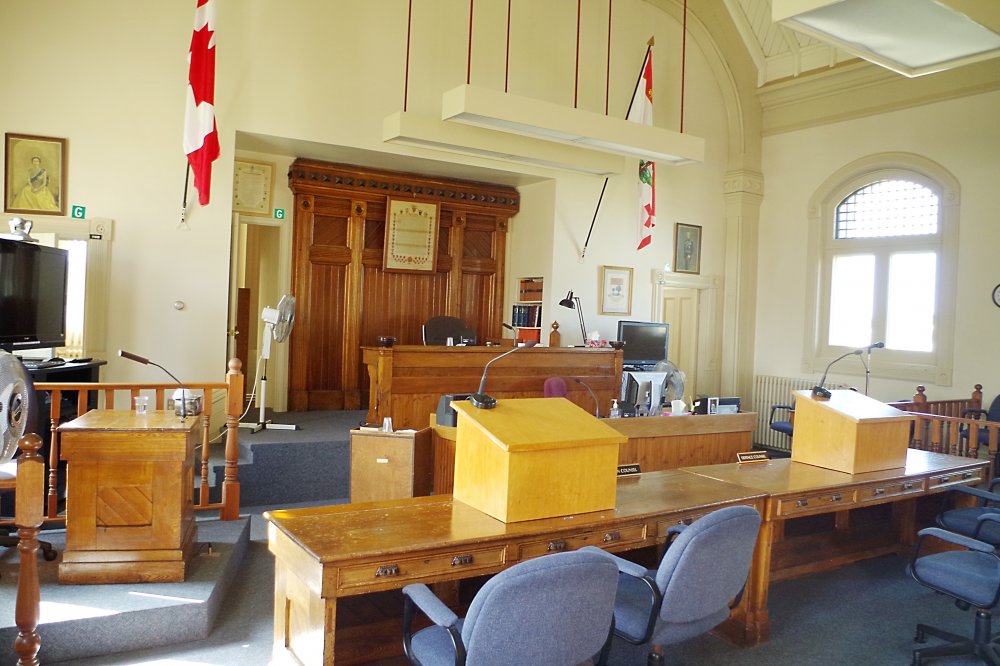 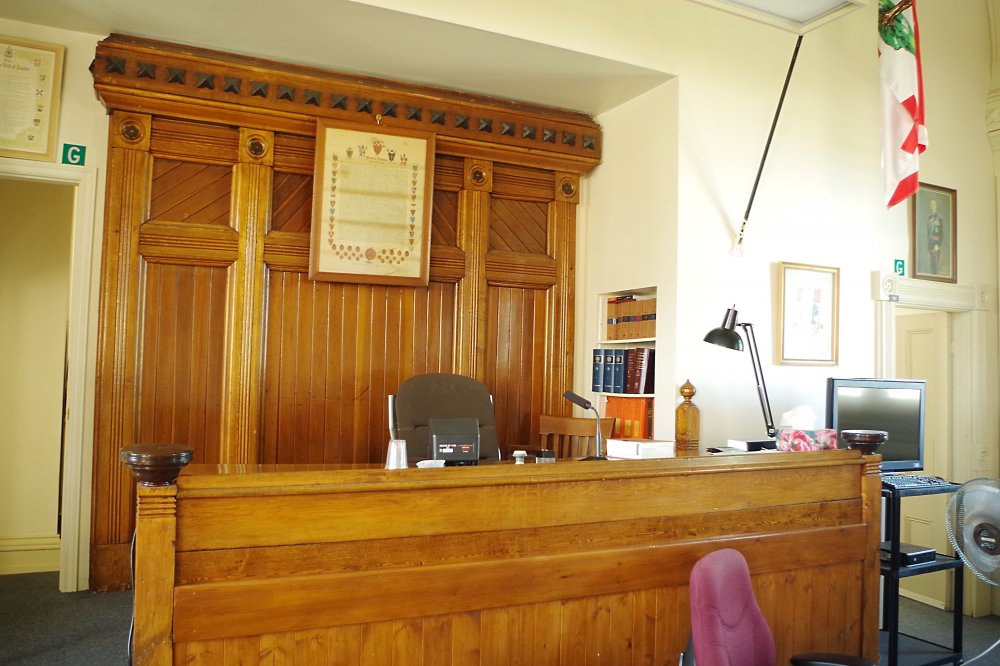 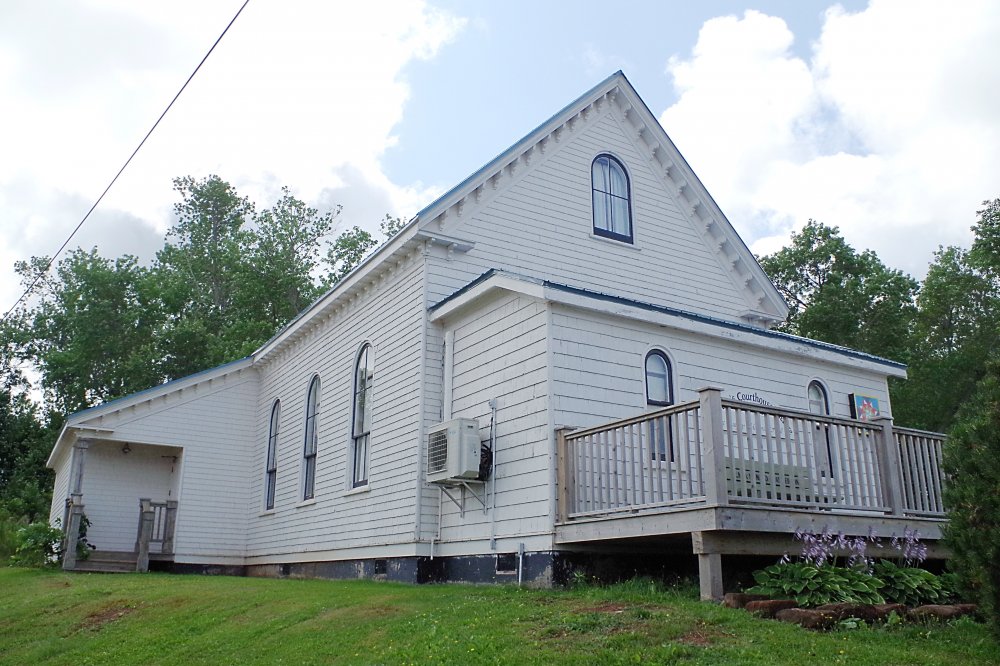