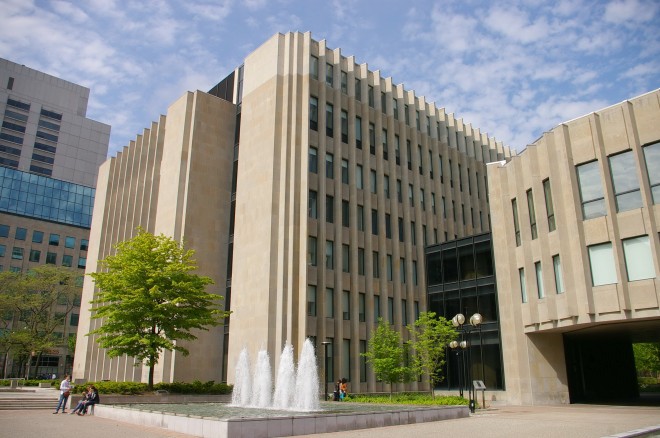 Toronto Region is named for the Huron word meaning “much many” which refers to the meeting place of the native tribes.

Description:  The building faces west and is a seven story white colored stone and concrete and glass structure. The rectangular building has a projecting centre section on the south with entrance on the first story. Concrete vertical dividers run between the windows. The building is clad with local Queenston limestone. The top two floors of the Courthouse are faced with Indiana limestone. The roof line is flat. The building was constructed as the Metropolitan Toronto Courthouse and after 1980 serves the city of Toronto. The three story semi circular south wing was completed in 1985. An addition of two stories was completed in 1987. 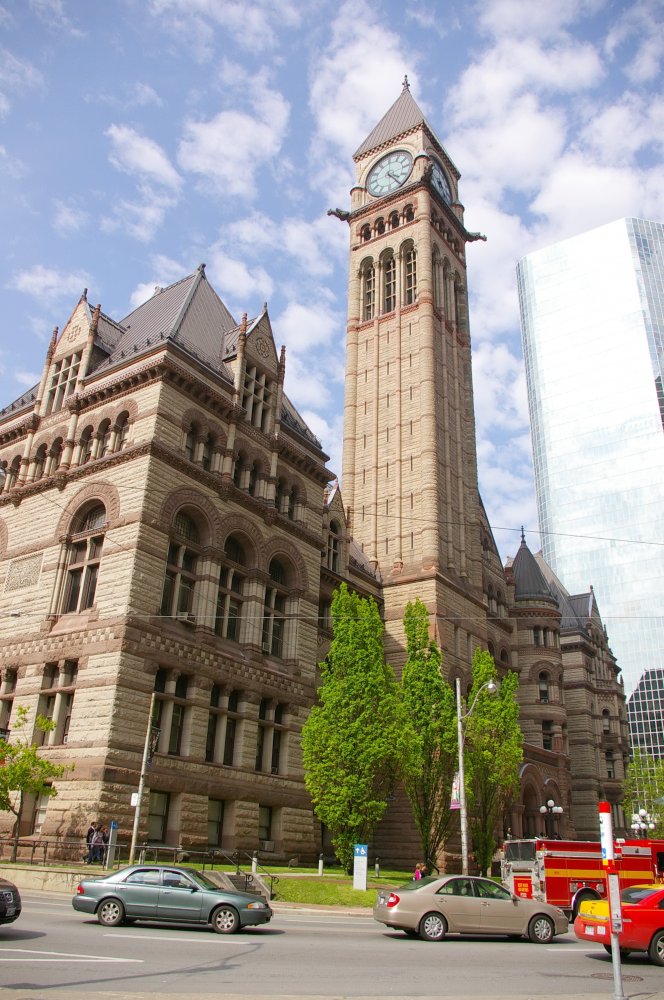 Description:  The building faces south and is a seven story brown colored stone and concrete structure. The building is the former City Hall and is constructed of sandstone from the Credit River valley, grey stone from the Orangeville area and brown stone from New Brunswick. The south front has a high square clock tower with gargoyles and steep roof. The building has a center courtyard. The interior has a mosaic floor that was patterned in Buffalo and carefully laid, and some walls are covered with neatly matched marble. The painted murals are by George A Reid and the stained glass window produced by Robert McCausland symbolizing the Union of Commerce and Industry.

Note:  Construction took eleven years and the cost of construction was #2,500,000.

See: The Ontario Court of Appeal is located in Toronto. 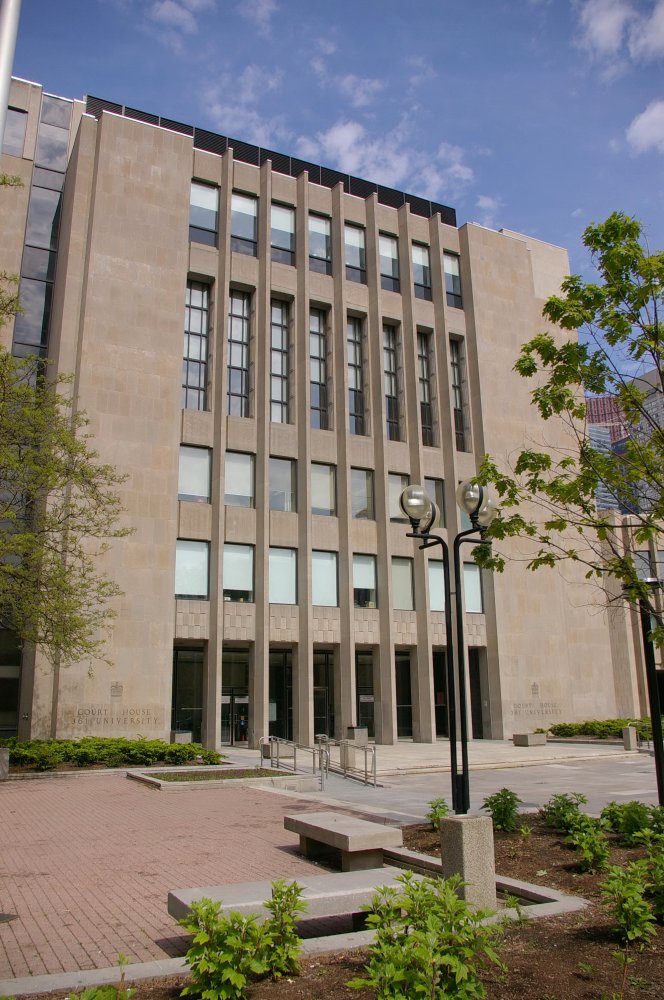 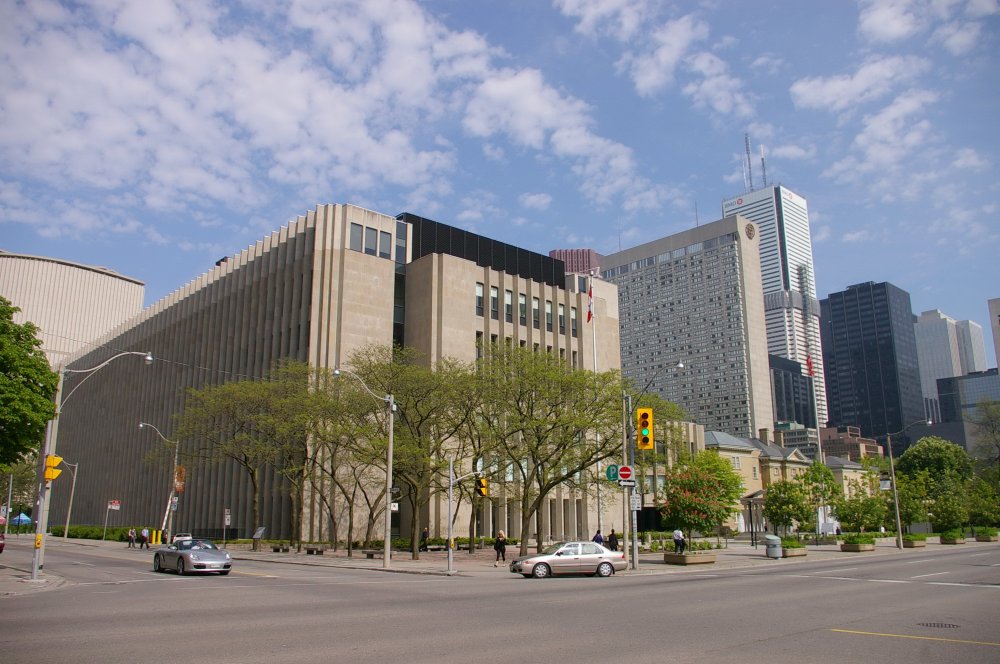 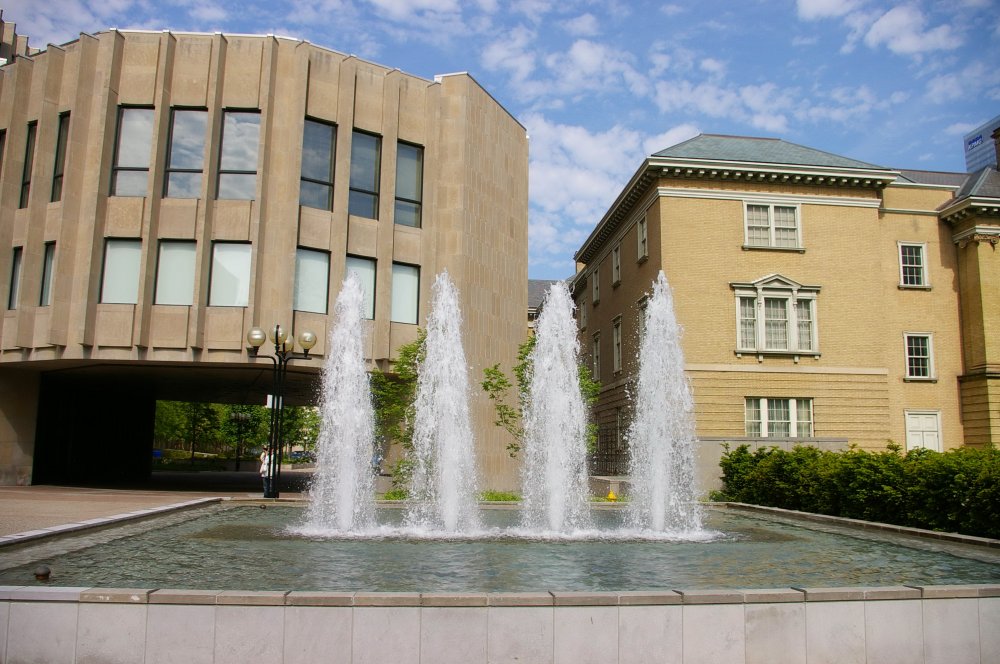 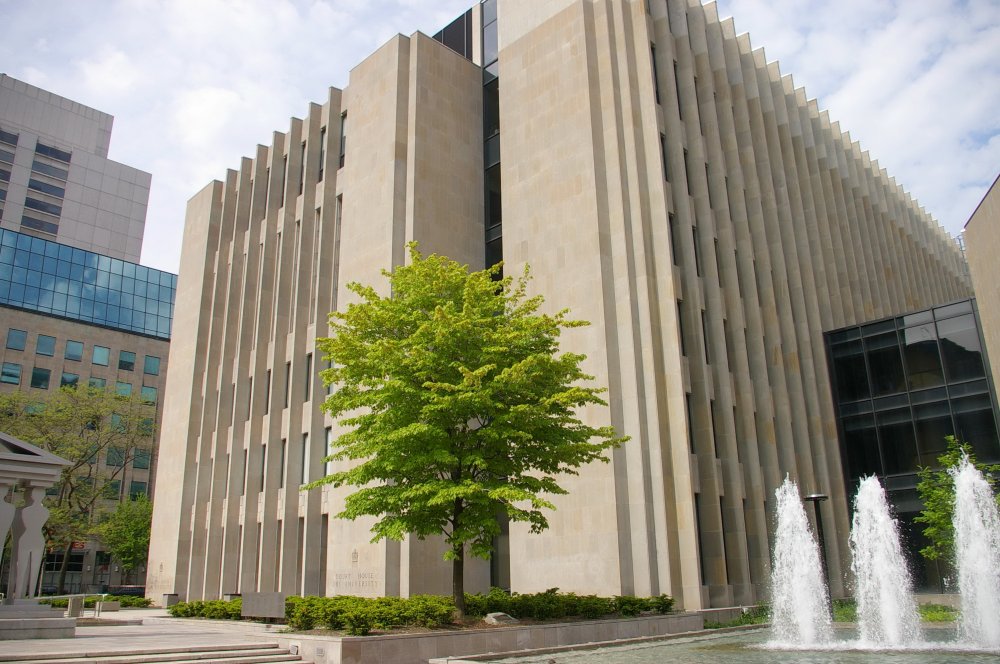 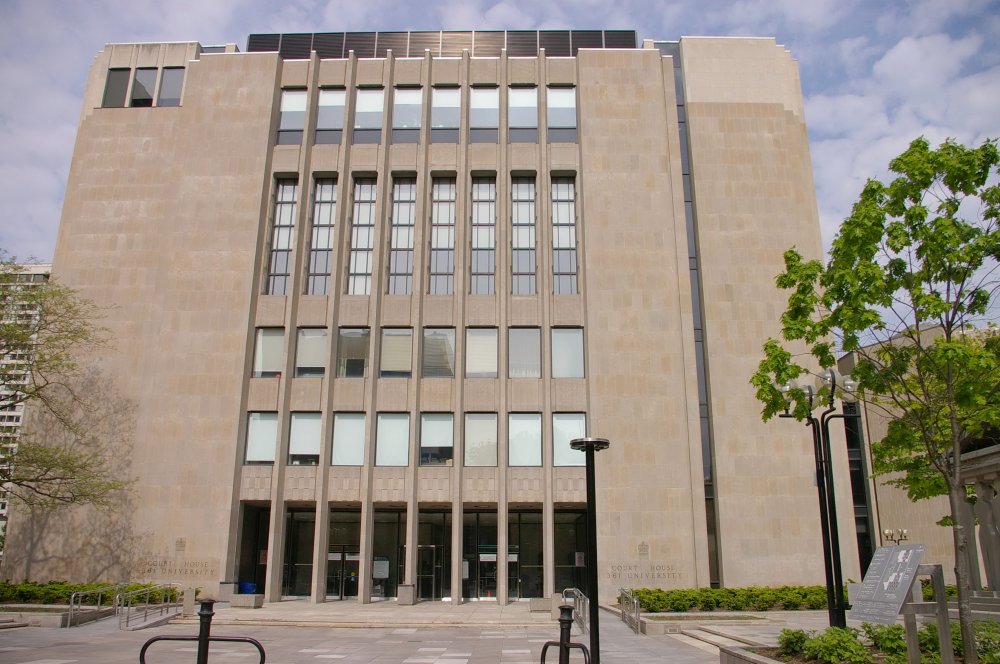 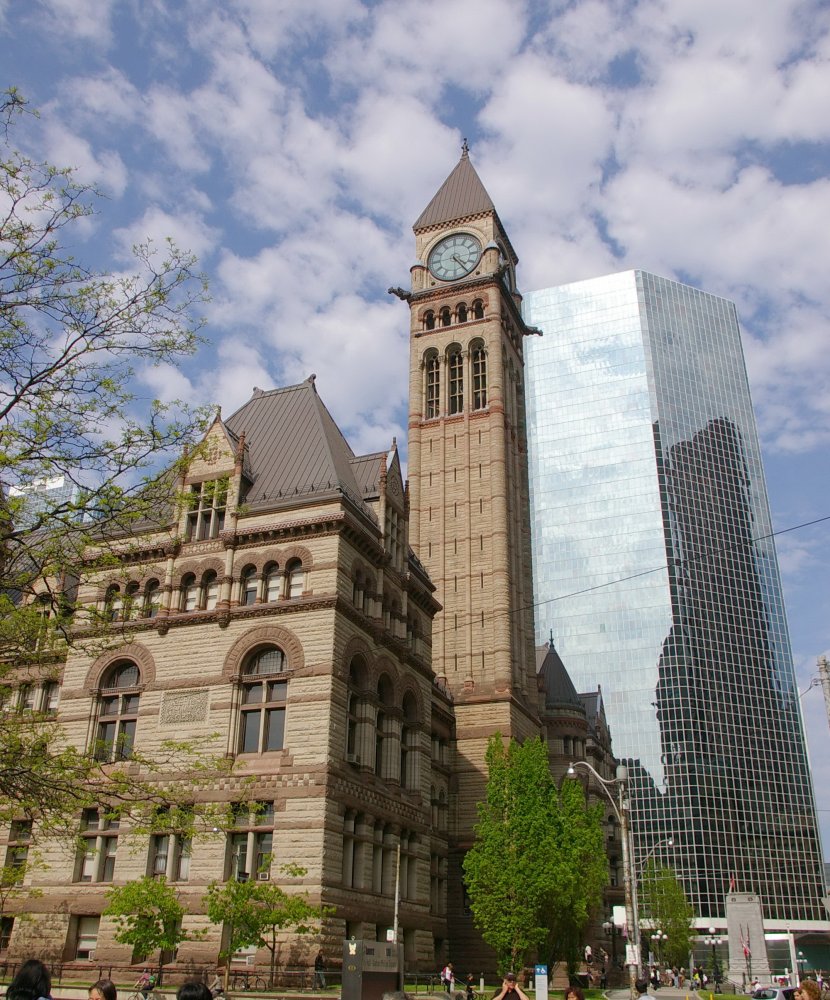 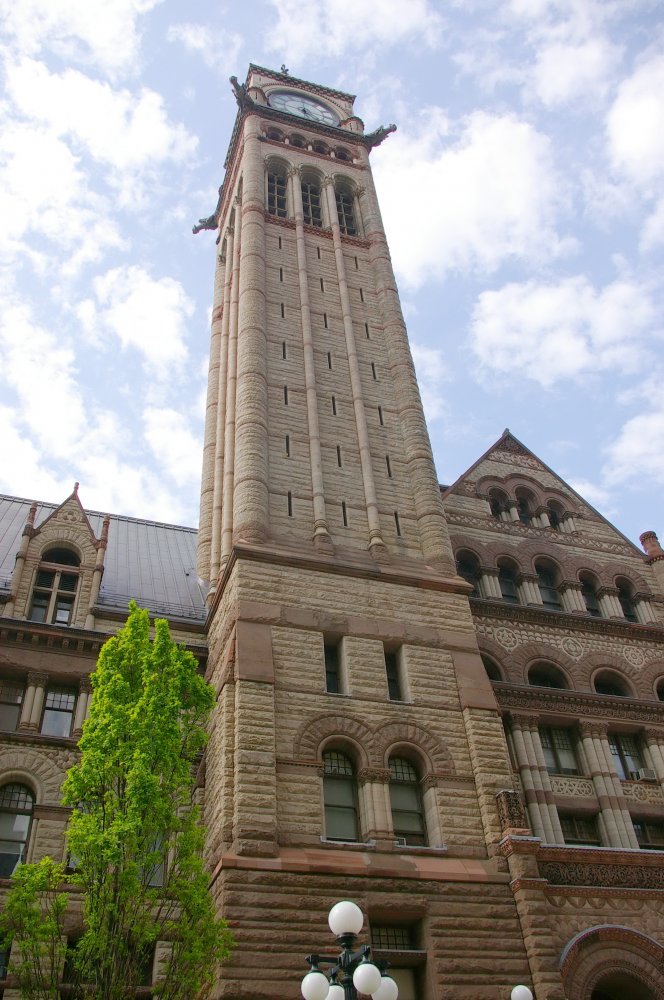