Description:  The building faces east and is a two story structure.

Built in 1863, the building is a two story stone and brick Italianate style structure. The building faces east and was completed in 1864. The building is located on spacious landscaped grounds of Governor Square. The building has tall round-headed windows, corner tower and accentuated masonry. The southeast tower rises three stories with mansard roof and dormers at the top. The east front has a central entrance framed with ornamental stone. The second story has large arched windows. The roof is hipped. On the north side and recessed is the red coloured brick Registry Office constructed by Jackson Brothers of Simcoe, The Norfolk County Administration occupies the courthouse and the Public Library occupies the Registry.

Note: The first courthouse was built on this site by 1842, and the gaol, designed by the prominent Toronto architect William Thomas, was constructed in 1848. Following a fire in 1863 which destroyed the courthouse, the present structure was completed.  Architecturally the courthouse, gaol, and registry offices constitute an almost unrivalled grouping of public buildings in Ontario. 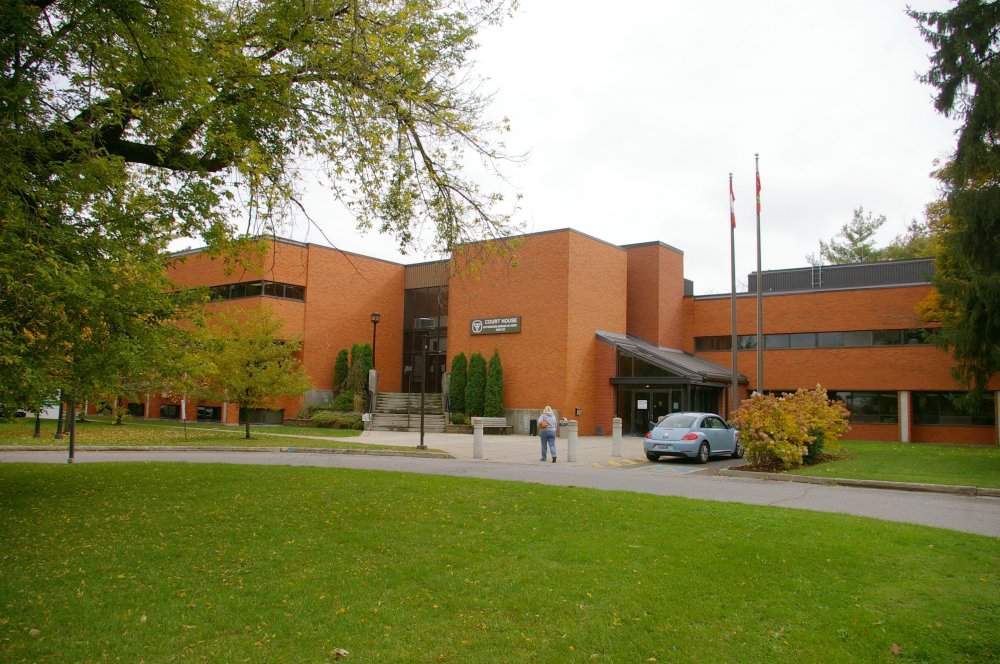 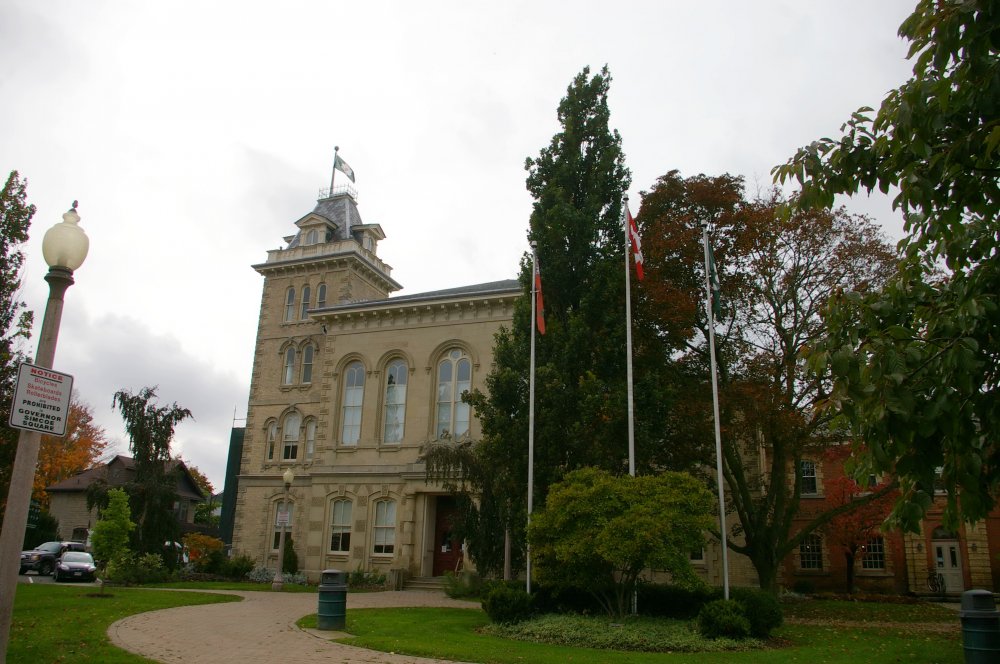 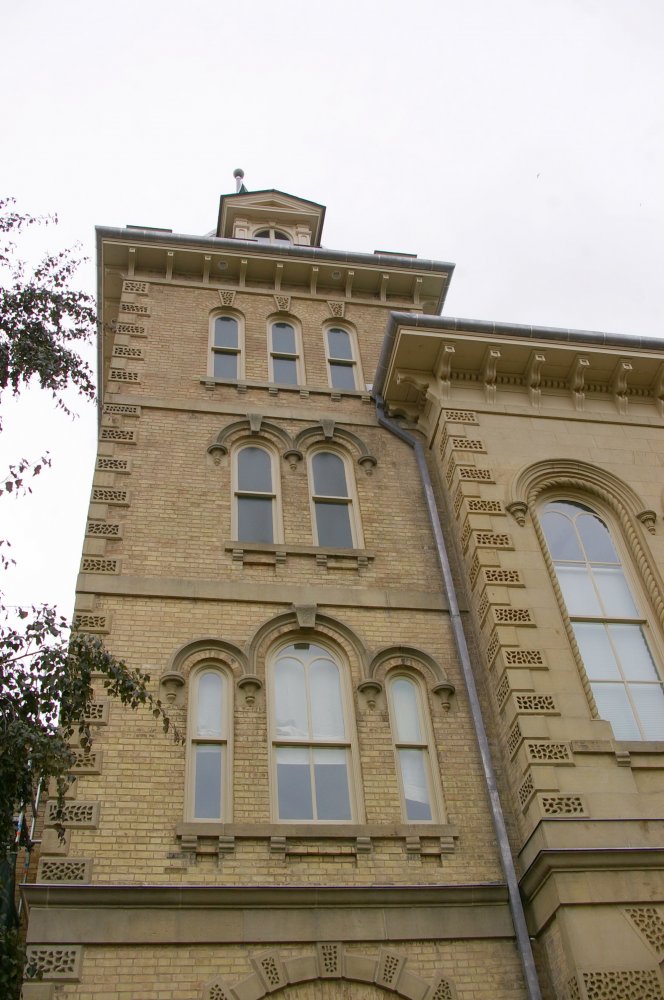 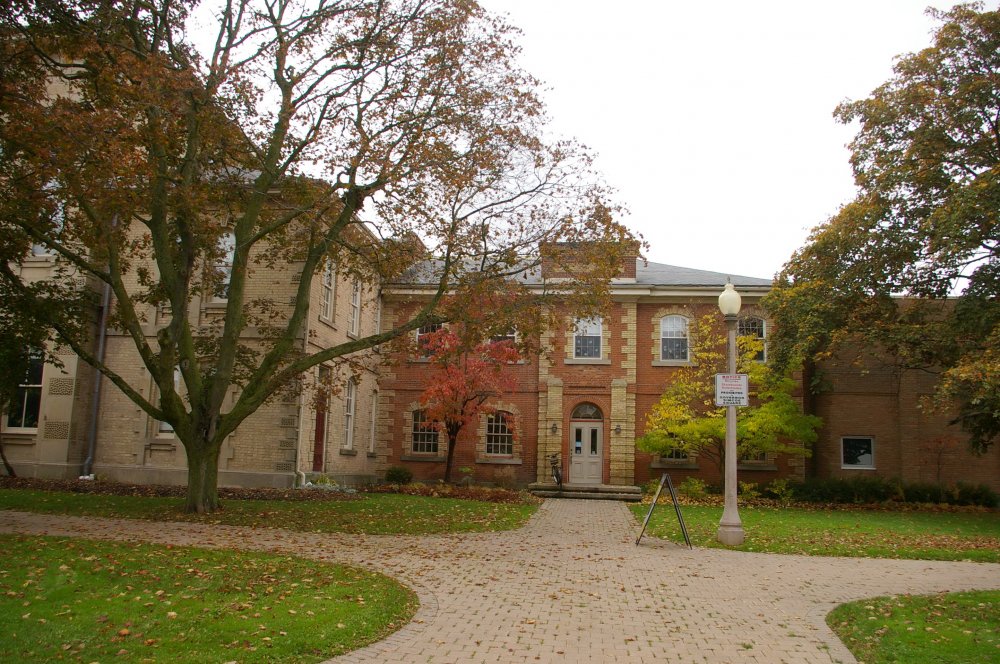 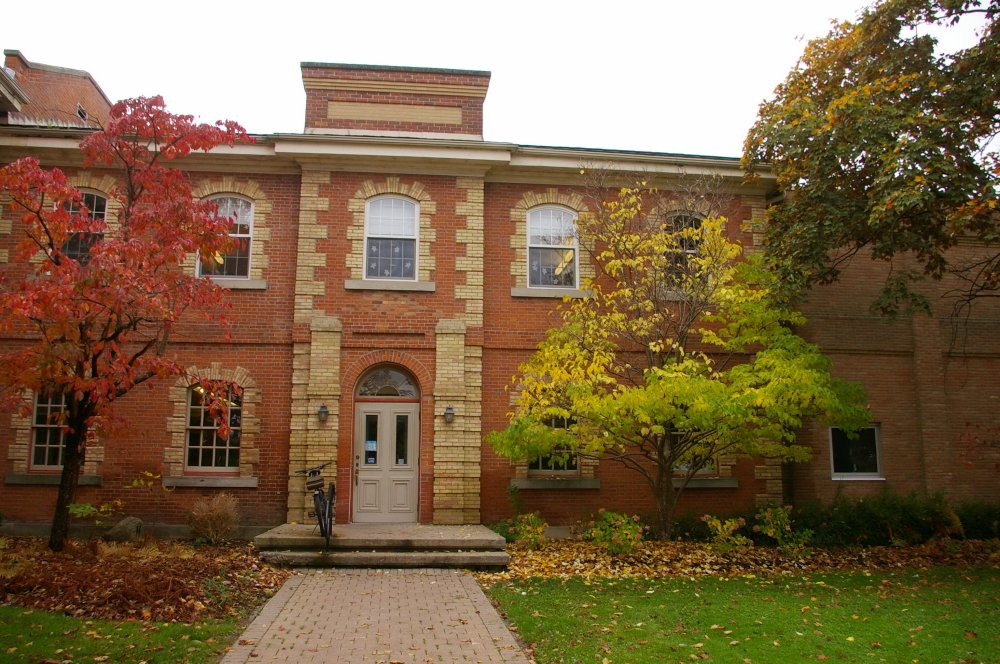 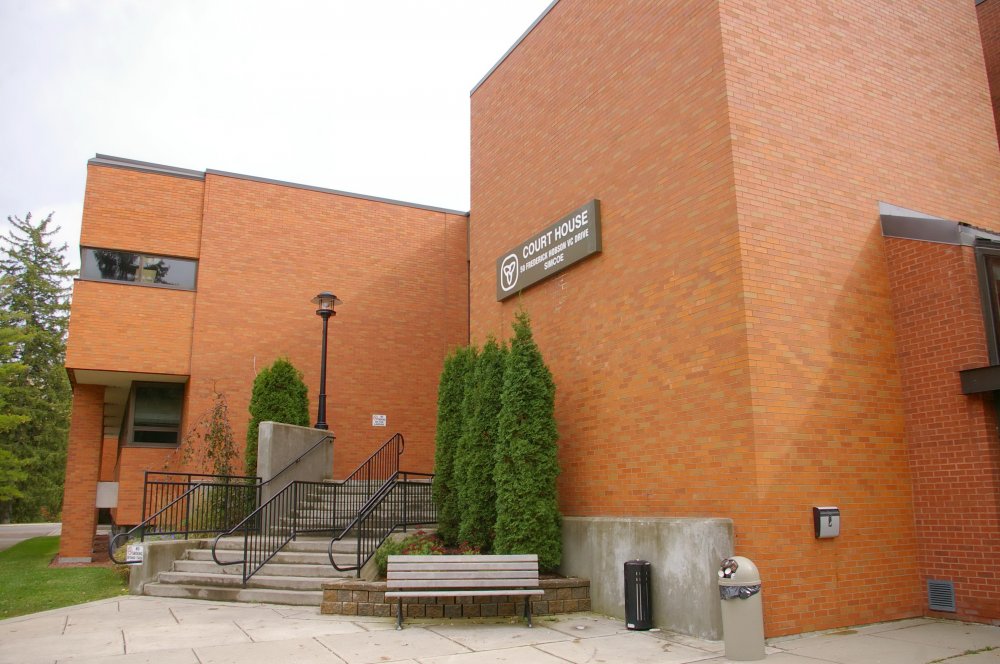 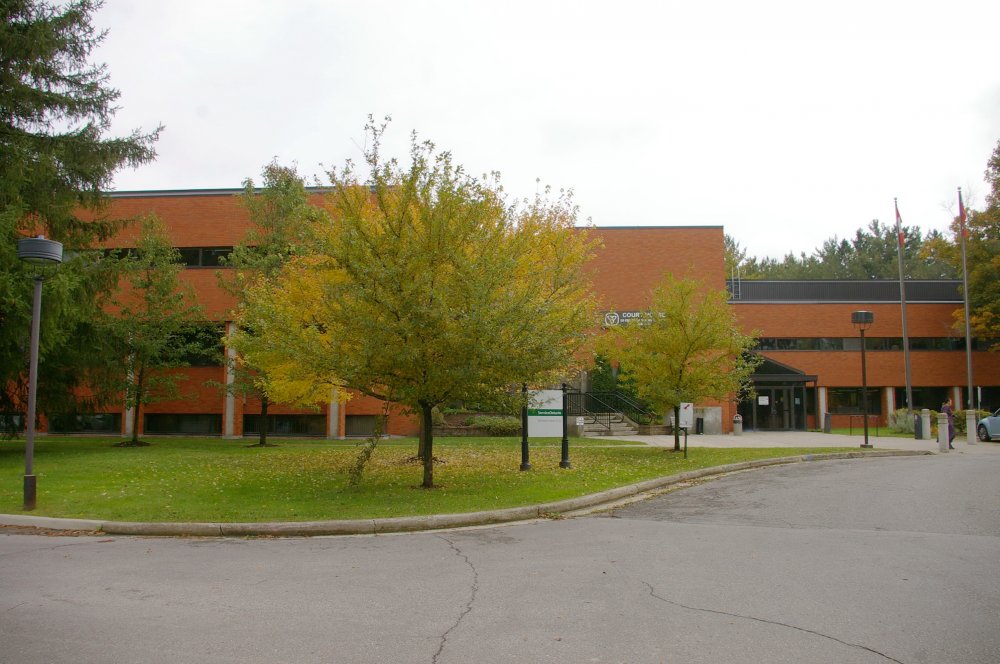 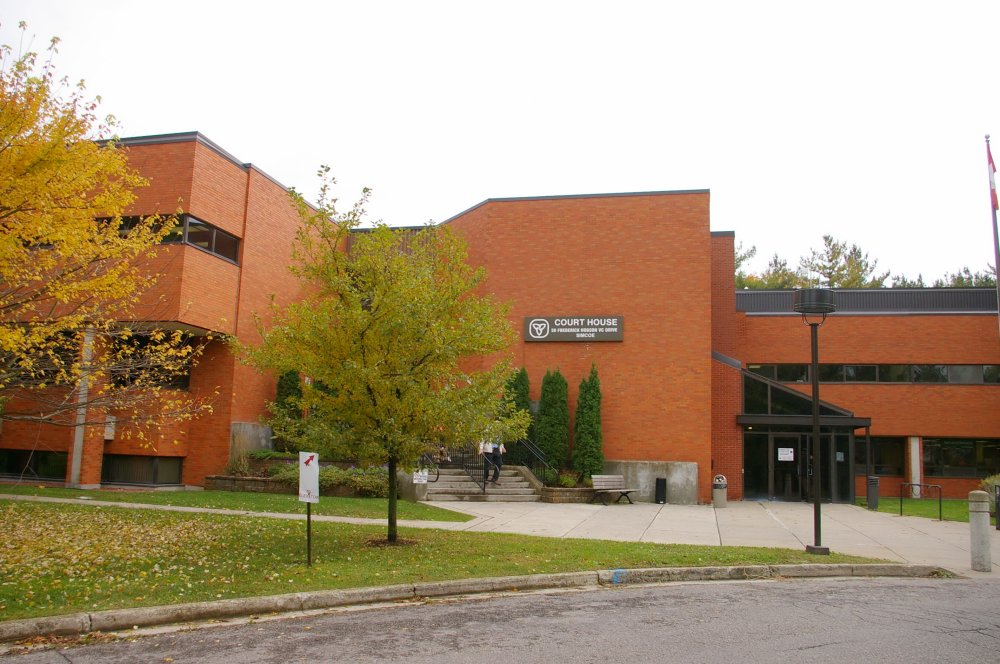