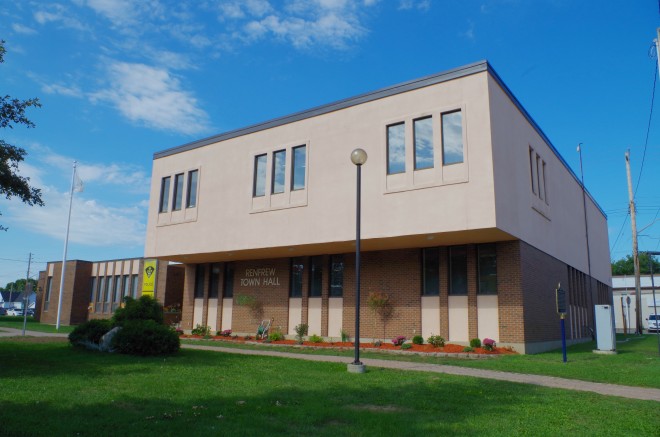 Description:  The building faces southeast and is a one and two story buff and brown coloured brick, white coloured siding and concrete structure. The building is located on landscaped grounds in the centre of the city. There is a one story wing on the west side and on the east side is a two story section with the second story jutting over the first story. Phase II was constructed in 194 to 1985 by M Sullivan & Son Ltd.The building houses the City Hall and the Ontario Superior Cour.

See:  The Renfrew County courthouse is located in Pembroke. 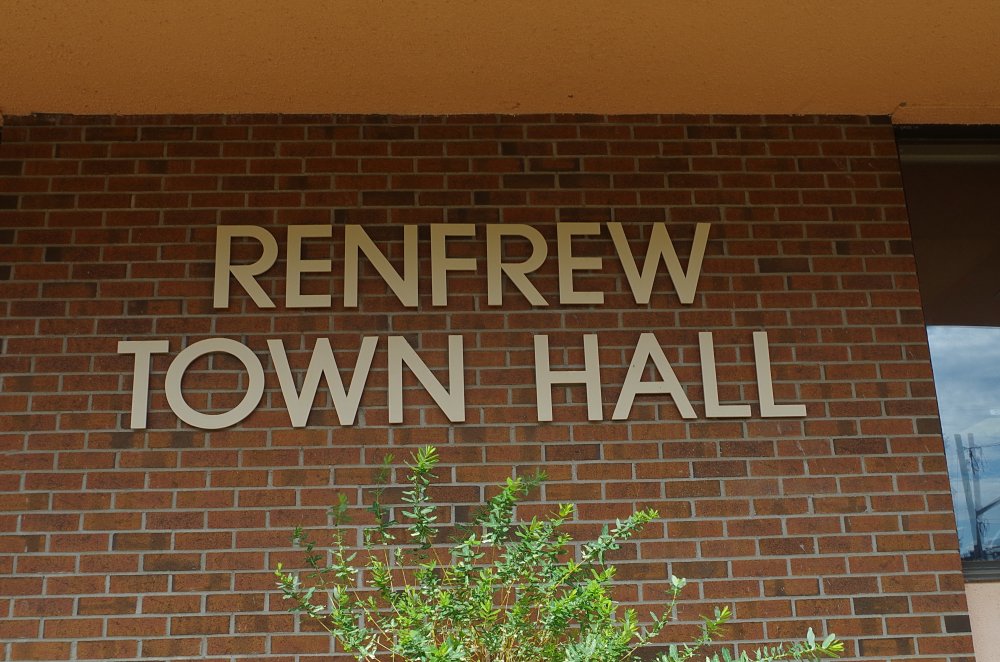 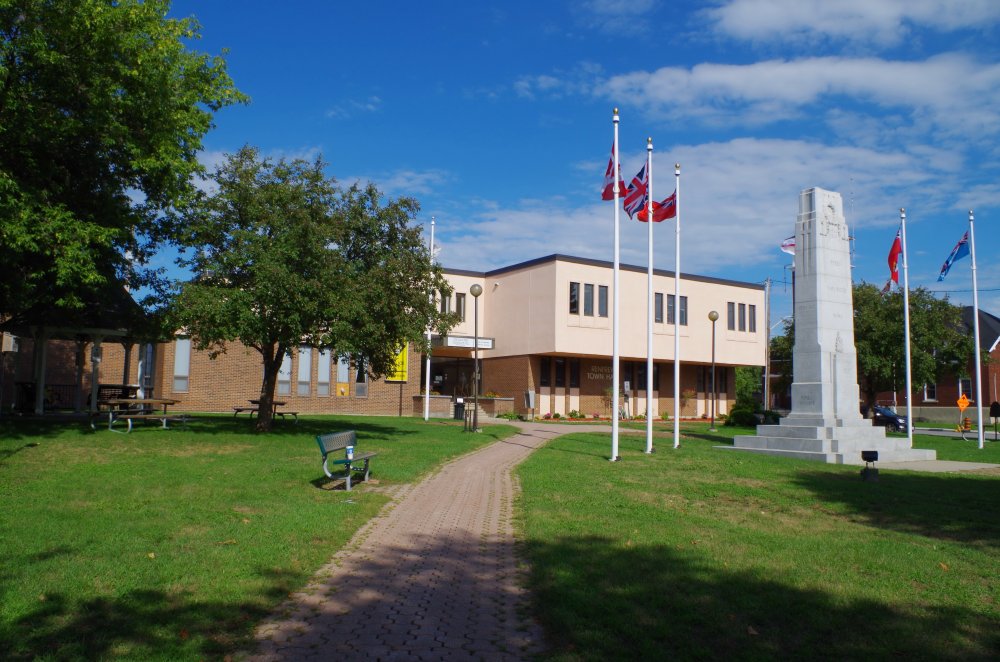 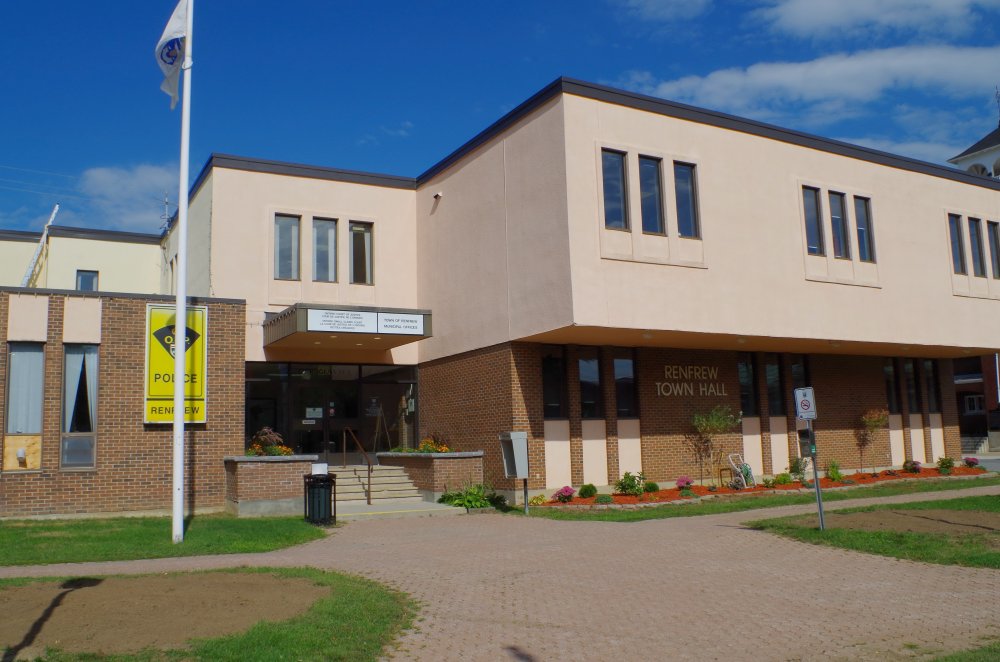 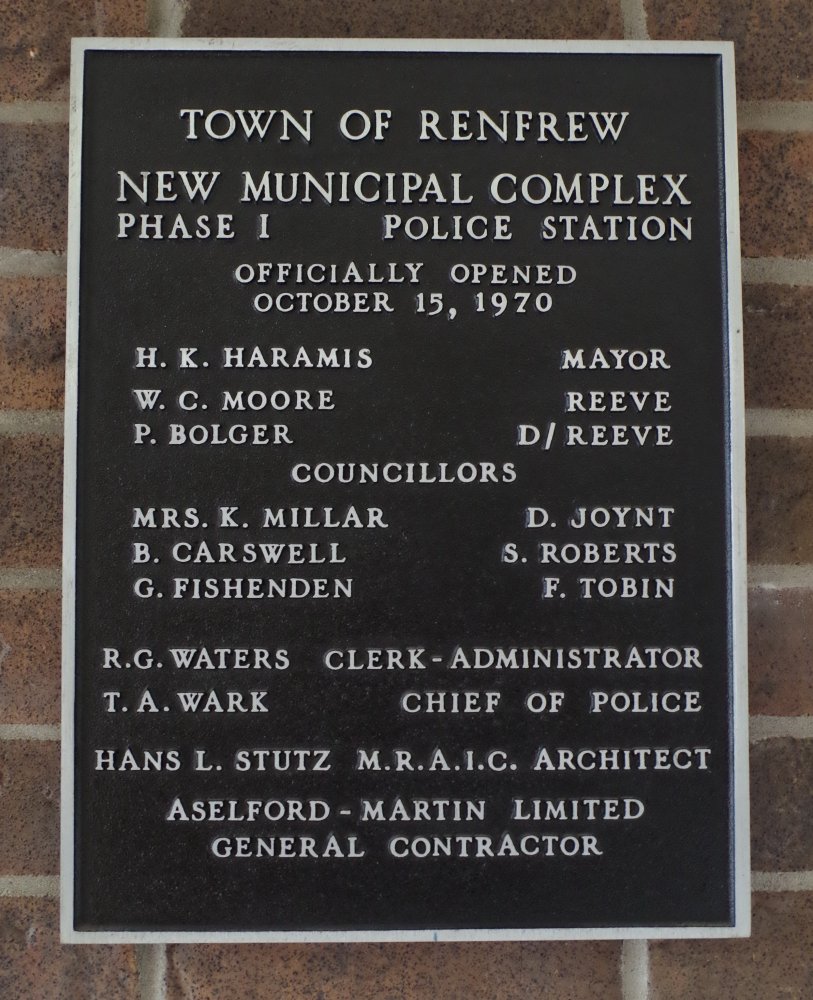 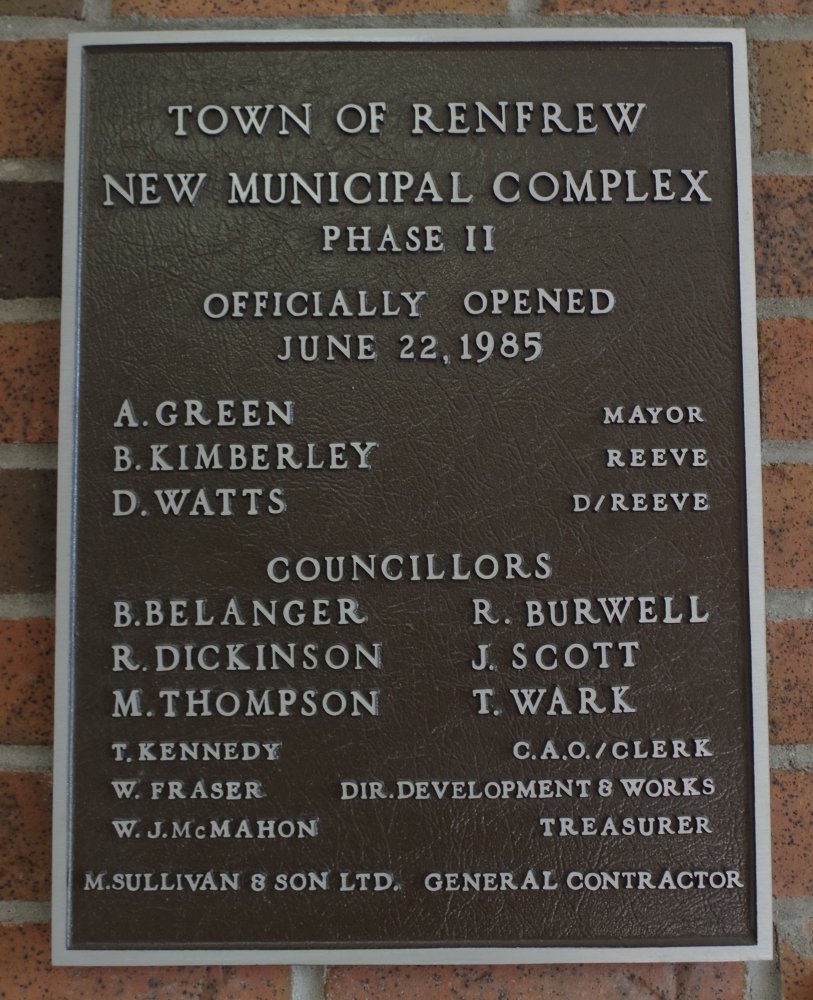 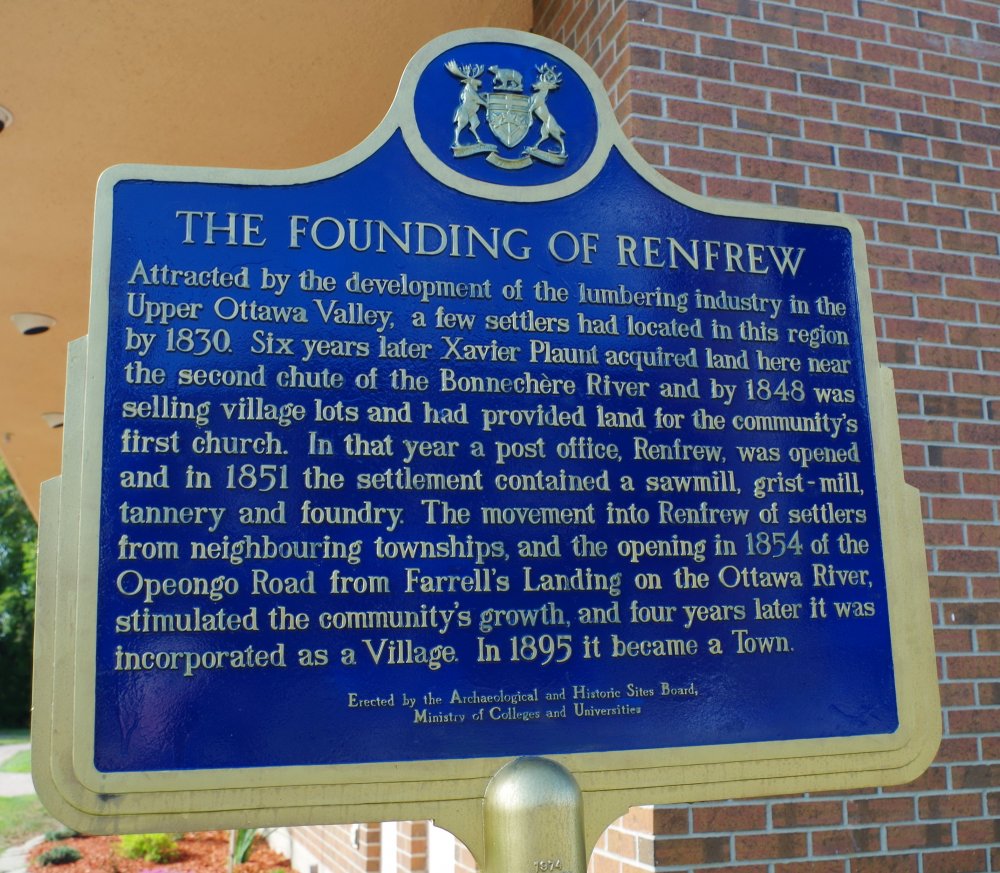