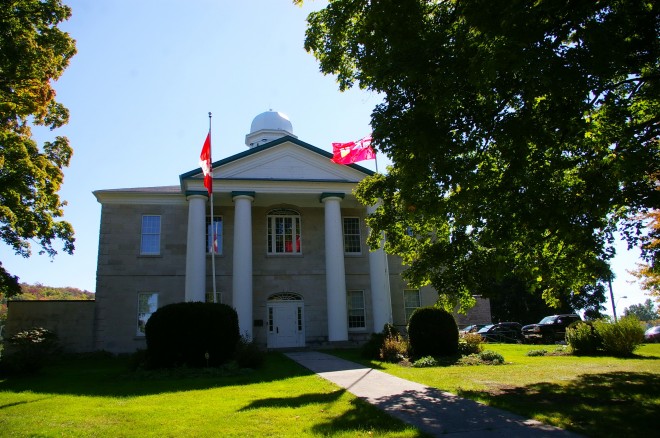 Prince Edward County is named for the eldest son of Queen Victoria.

Description:  The building faces south and is a two story buff coloured stone structure. The south front has a large portico with four columns rising to a pediment at the roof line. The entrance is arched with fanlight above. On the centre of the roof is a white coloured wood cupola with white coloured dome. The stone was quarried near Kingston. The portico was added in 1840. An addition was constructed in 1861. The architect was Henry Hodge Horsey. The building houses the Superior Court of Justice. 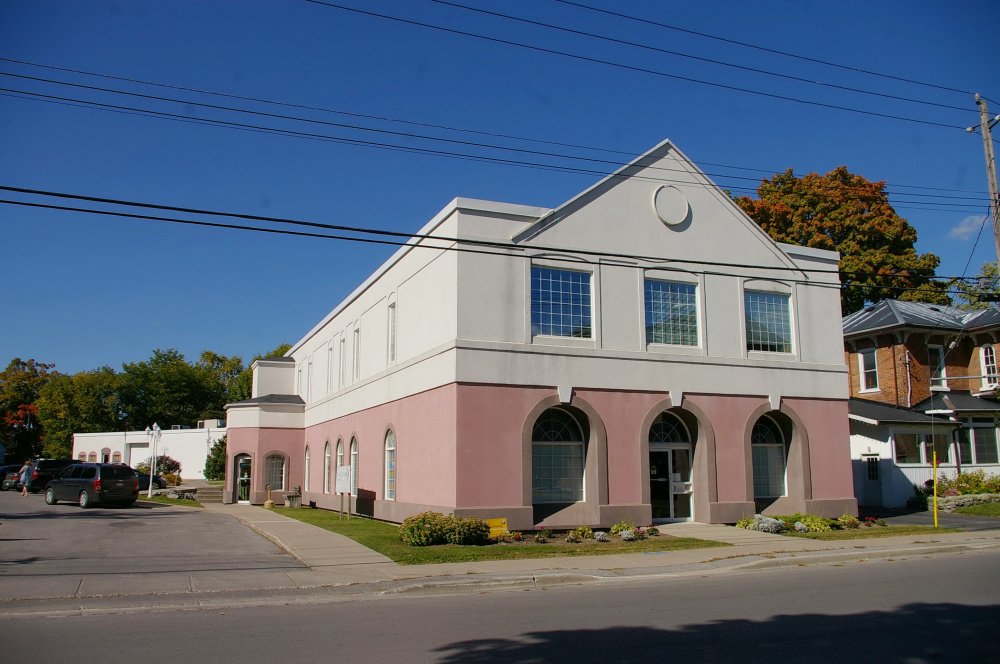 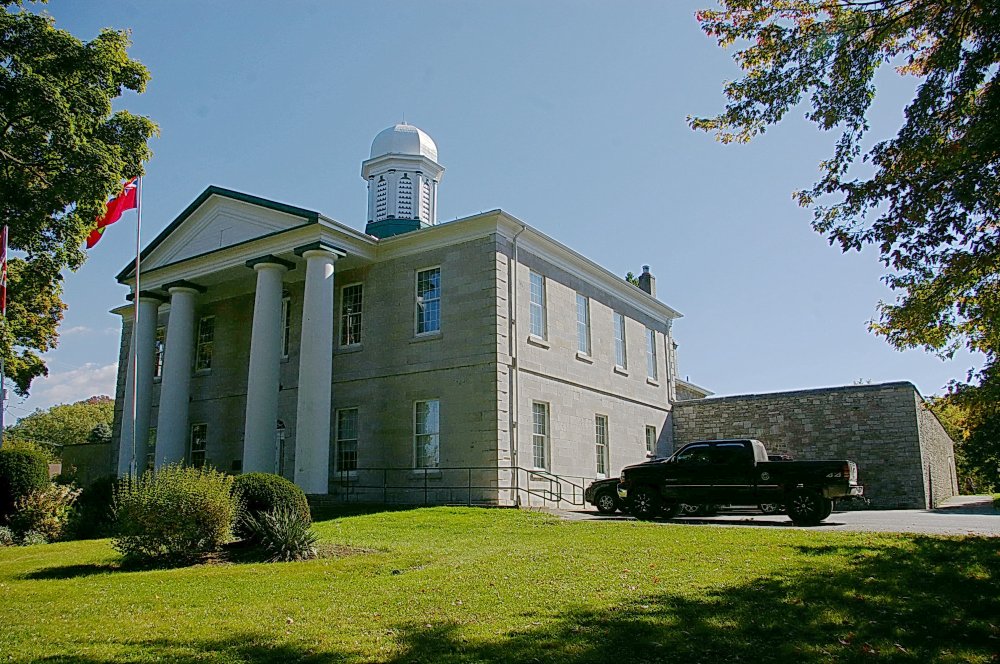 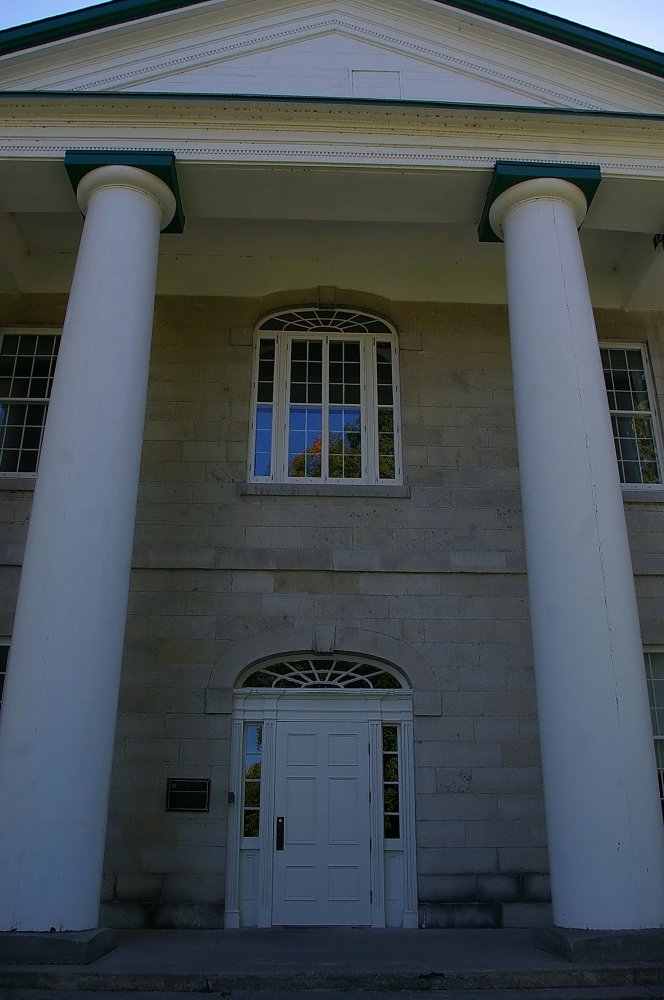 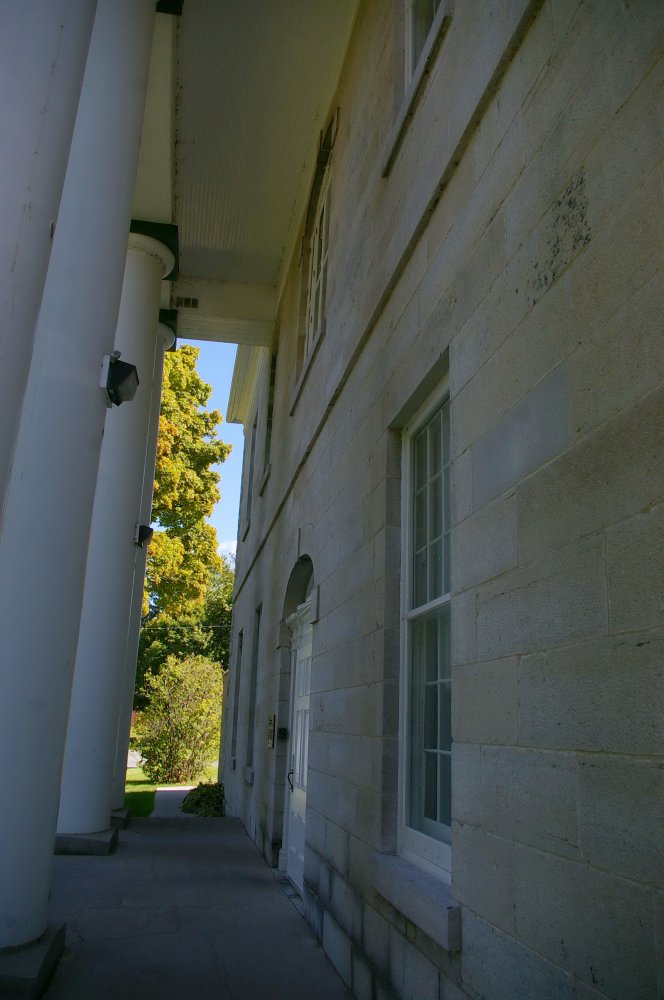 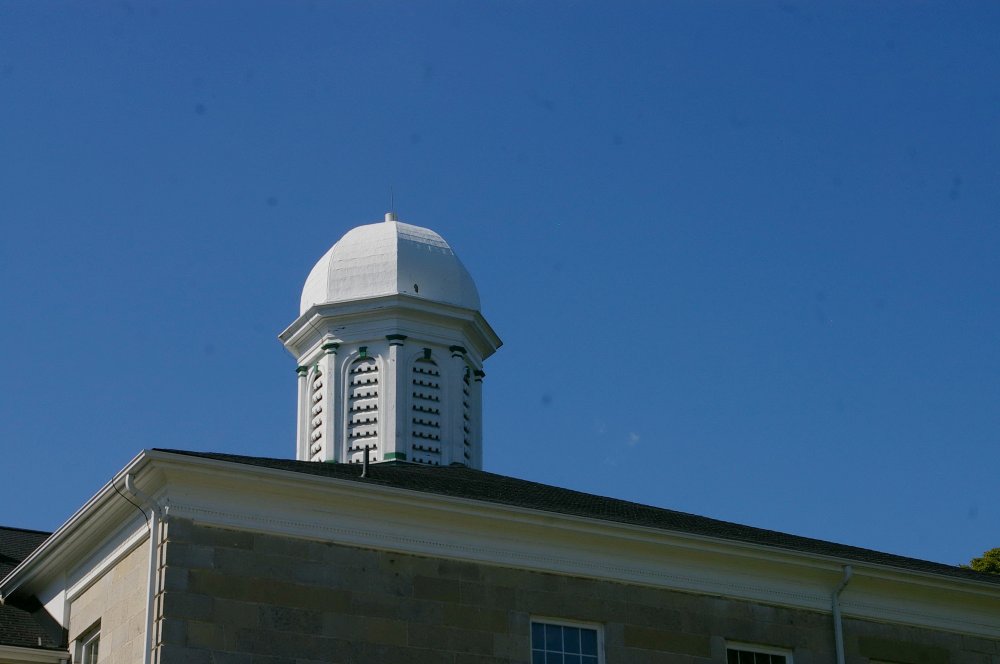 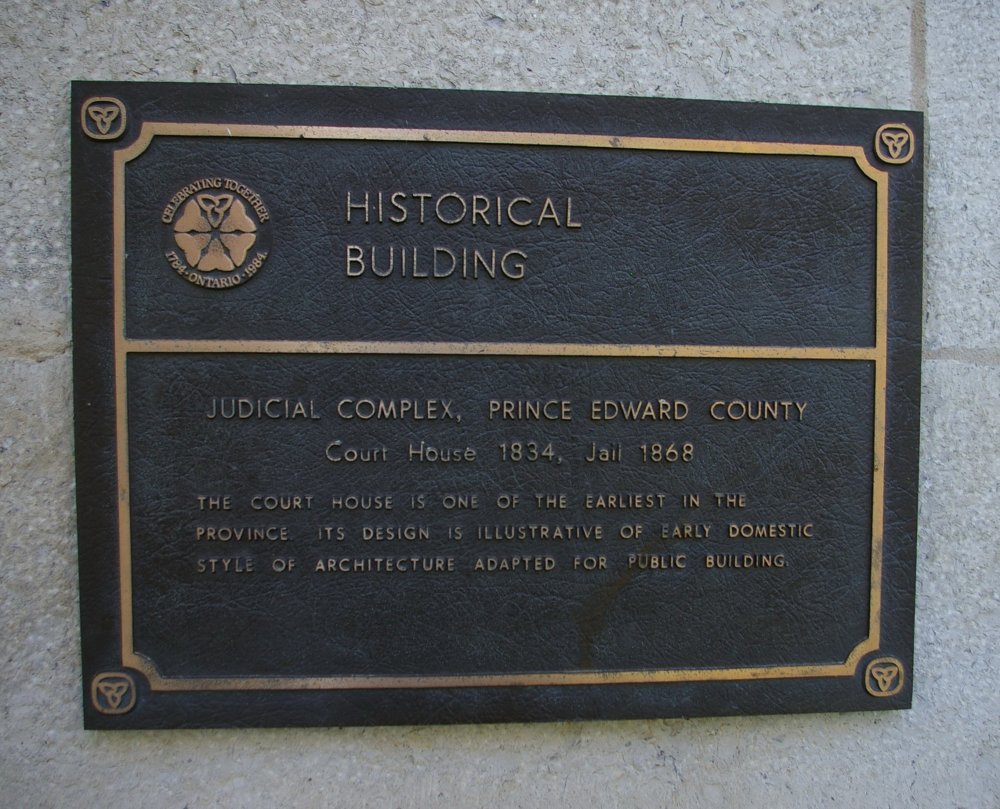