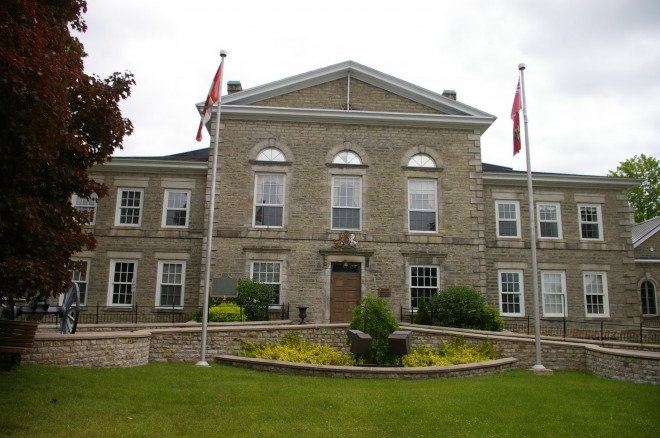 Lanark County, which is named for the town of Lanark in Scotland, Great Britain.

Description:  The building faces southwest and is a two story rough limestone structure. The centre section rises above the lower east and west wings. The second story windows have stone semicircles above each window. In 1861, John Hampden Field  painted the Royal Coat of Arms. The building houses the Superior Court of Justice and the Ontario Court of Justice. On the east side is the Registry Office constructed in 1872.

See:  The courthouse is similar to the Renfrew County.Courthouse in Pembroke. 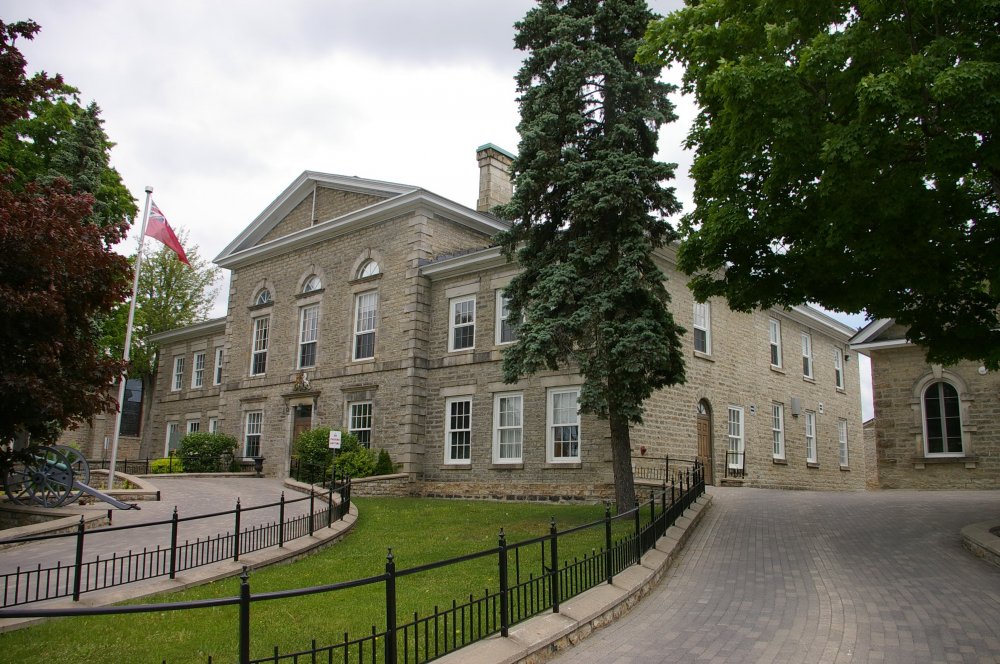 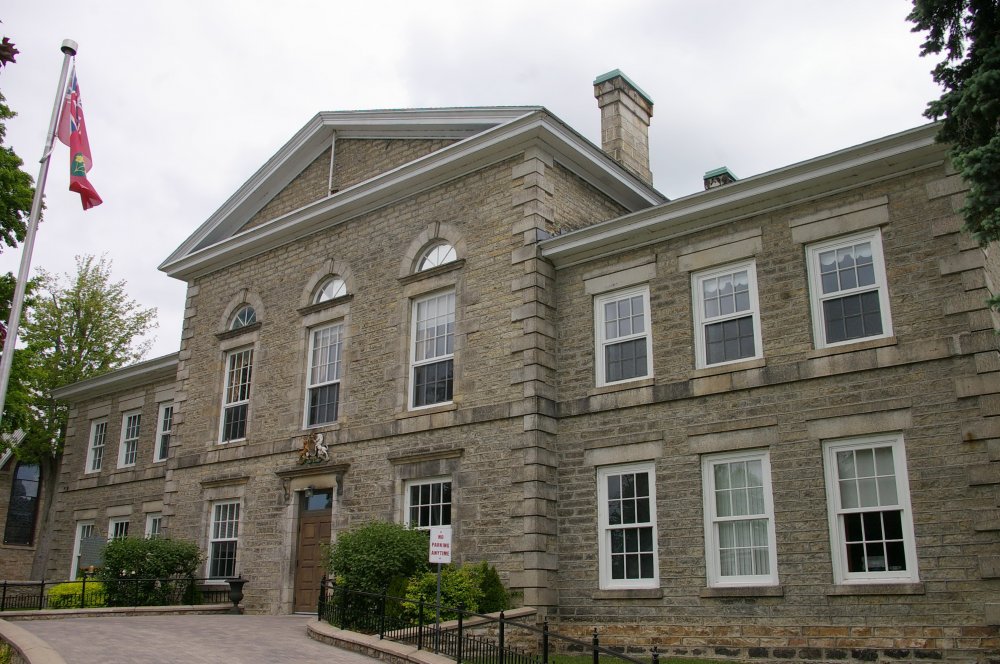 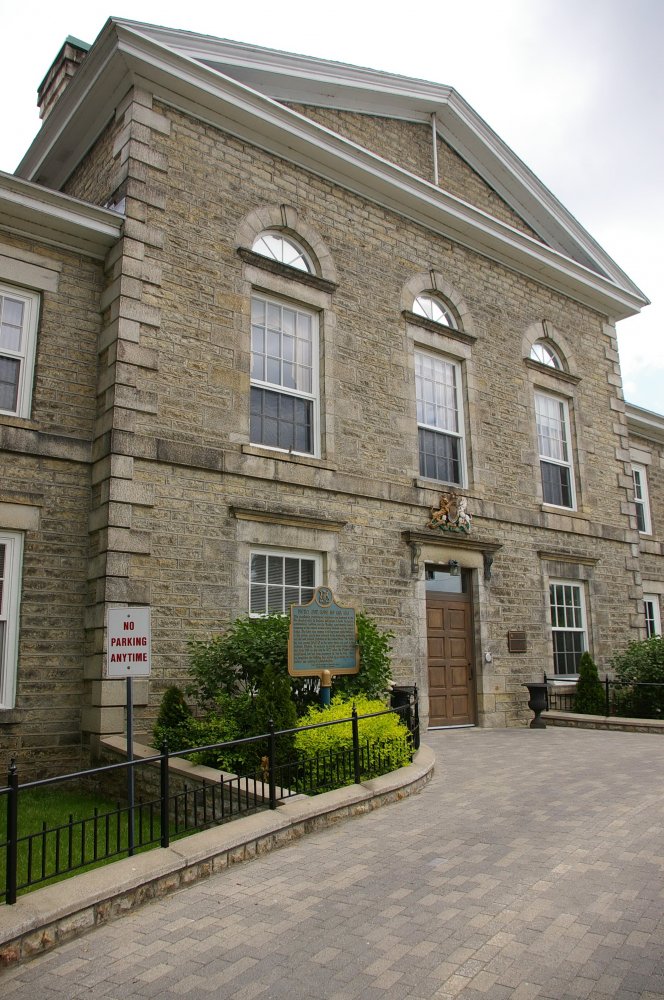 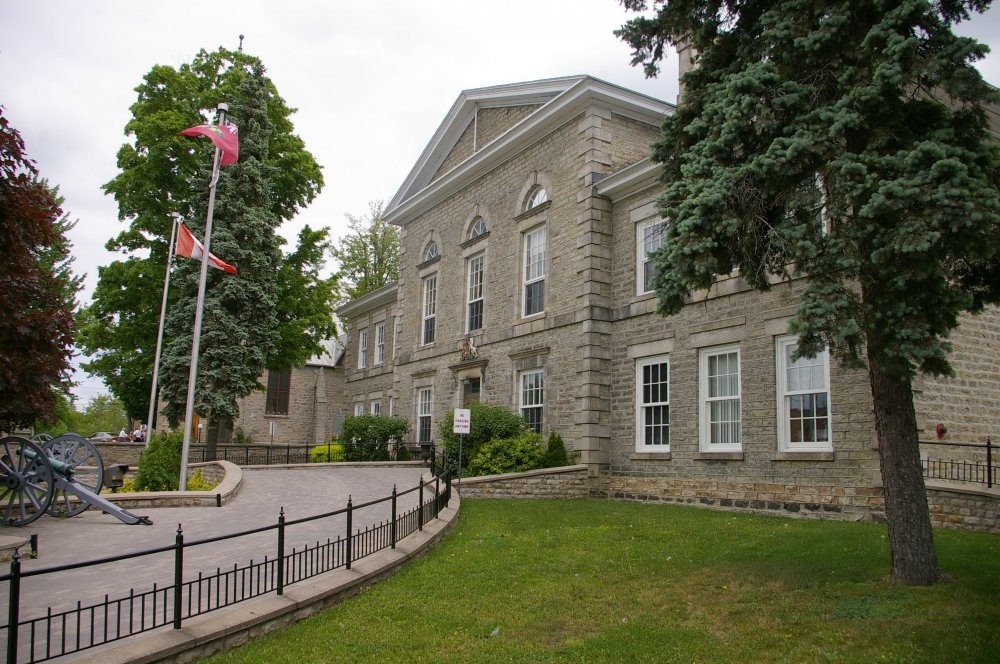 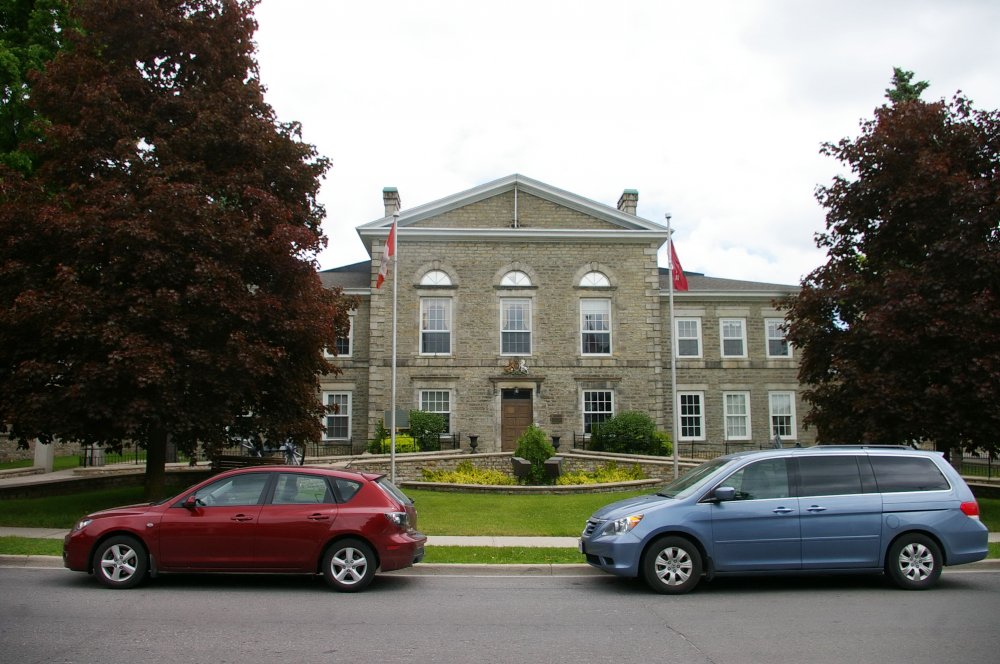 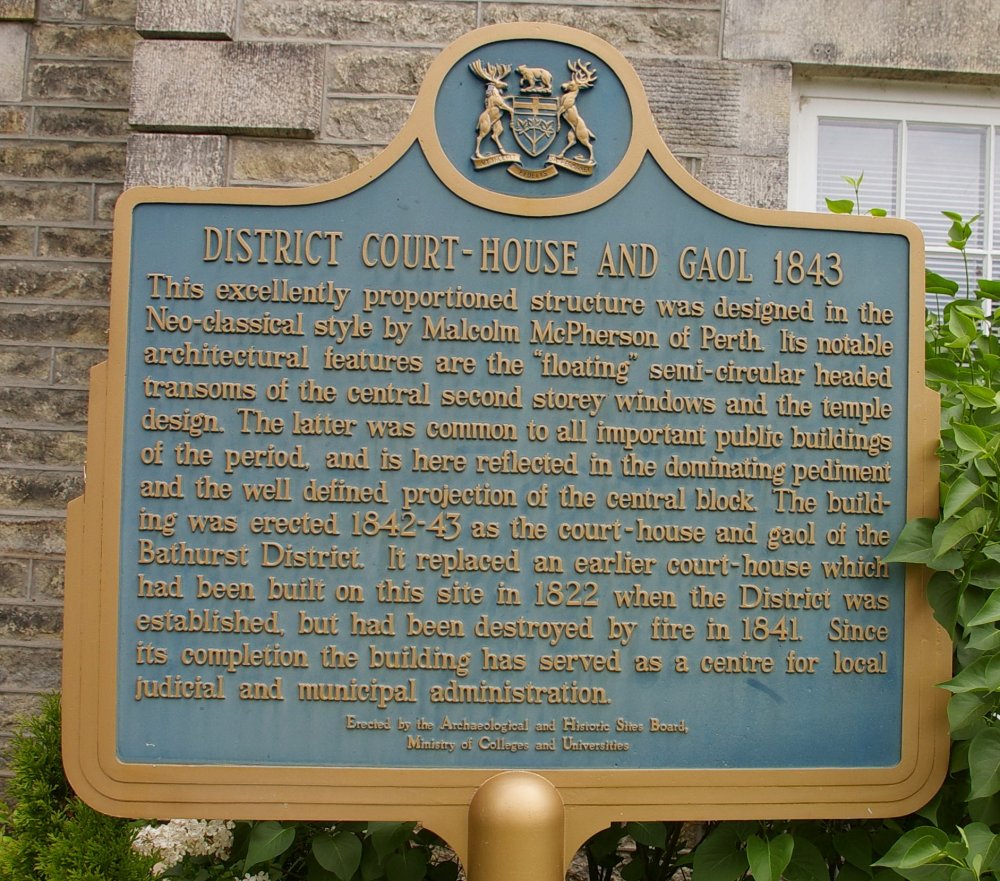 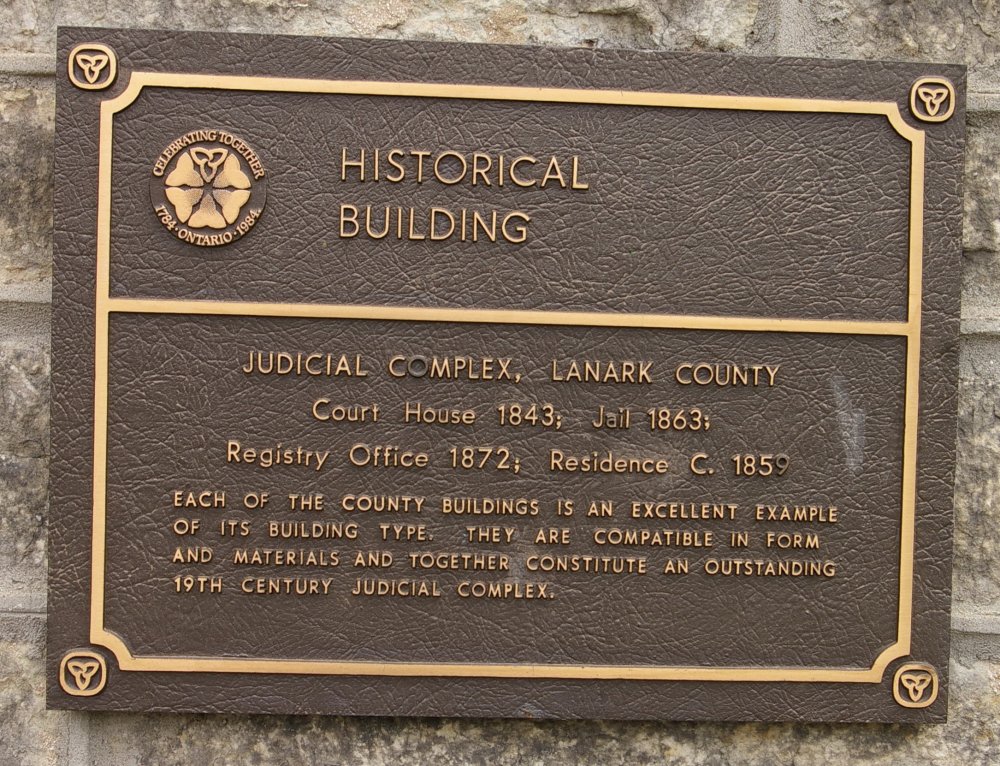 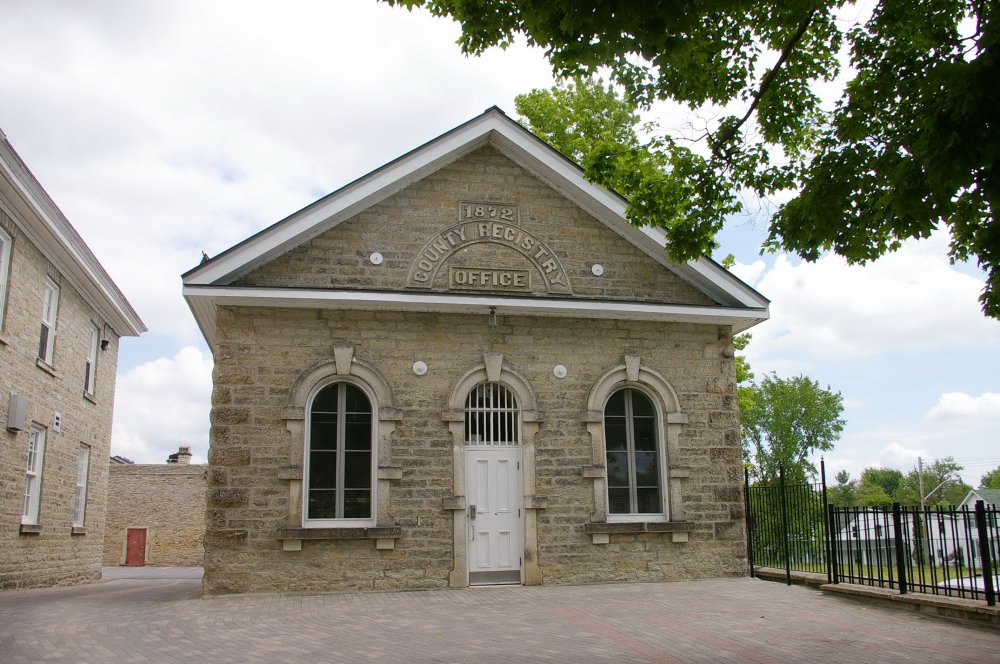