Description:  The building faces southeast and is a three story red coloured brick, glass and concrete structure. The southeast front has a large one story concrete canopy with glass entrance. Above the canopy is a large glass section rising to a peak and the third story behind, also rises to a peak. Inside the entrance is a high atrium. The roof is hipped. The building houses the Supreme Court of Justice, Ontario Court of Justice and Land Registry Office. The building is being renovated during 2016. The architect is Mitchell Architects Inc. of North Bay and contractor is Kenalex Engineers of North Bay.

Note:  The previous courthouse was designed by Kivas Tully and built by John Florin of Belleville in 1888. An addition was added in 1896. The architect was Francis Riley Heakes of Toronto and the contractor was William Clark. The building was renovated in 1909 and a second addition was added. The contractor was R Wallace & Son. The building was torn down when the present courthouse was constructed. The cost of construction in 1888 was $8,435. 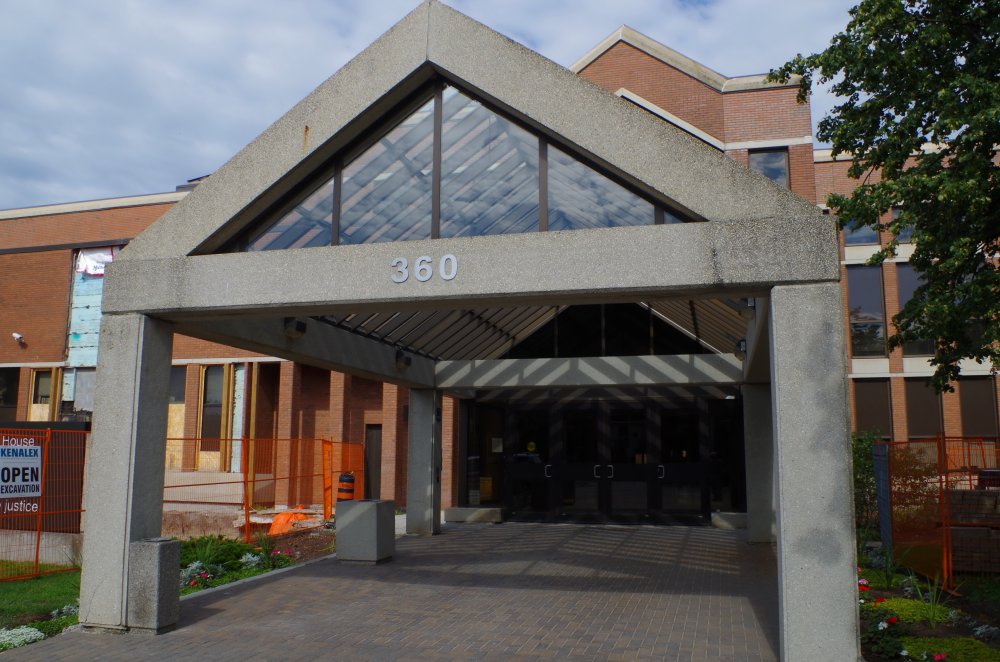 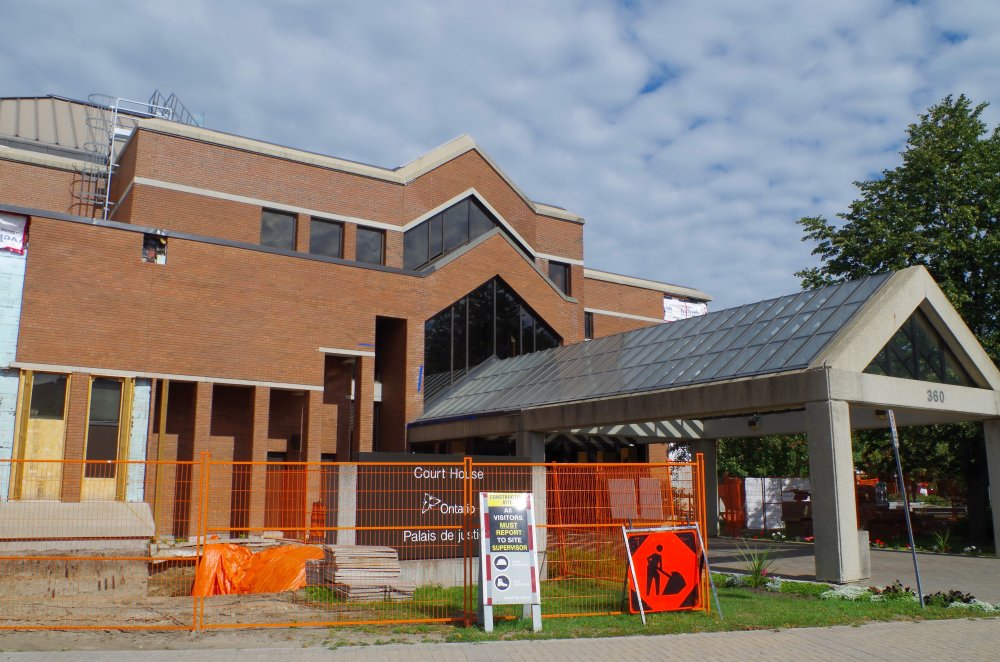 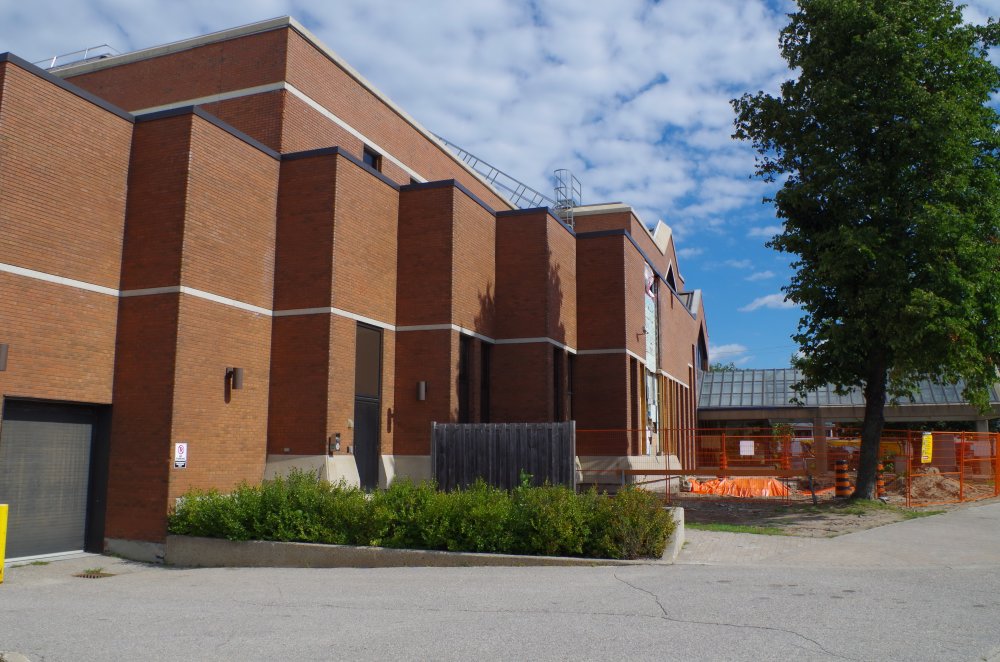 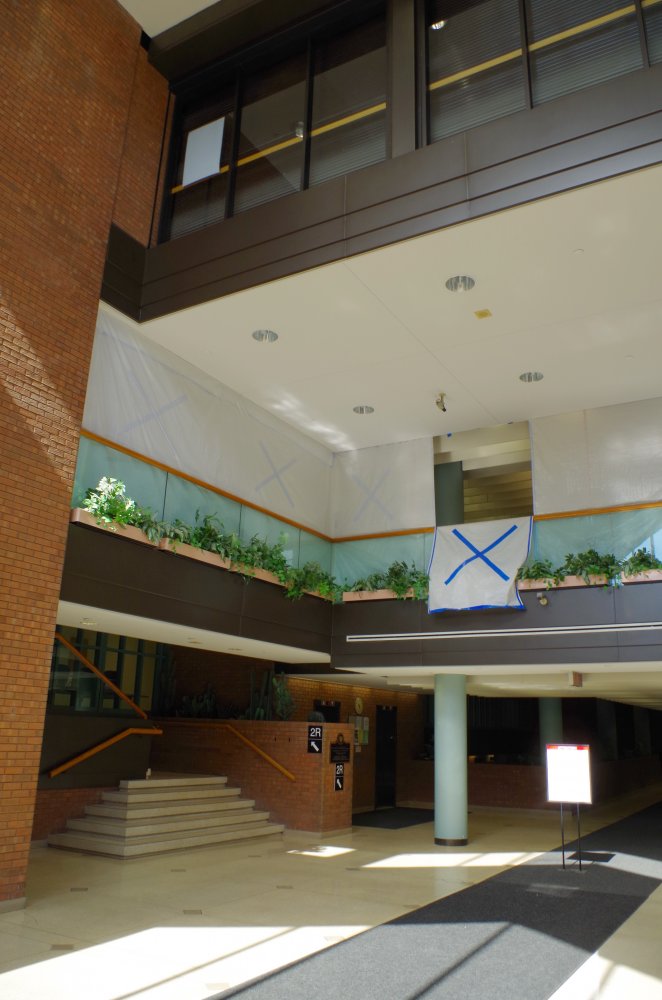 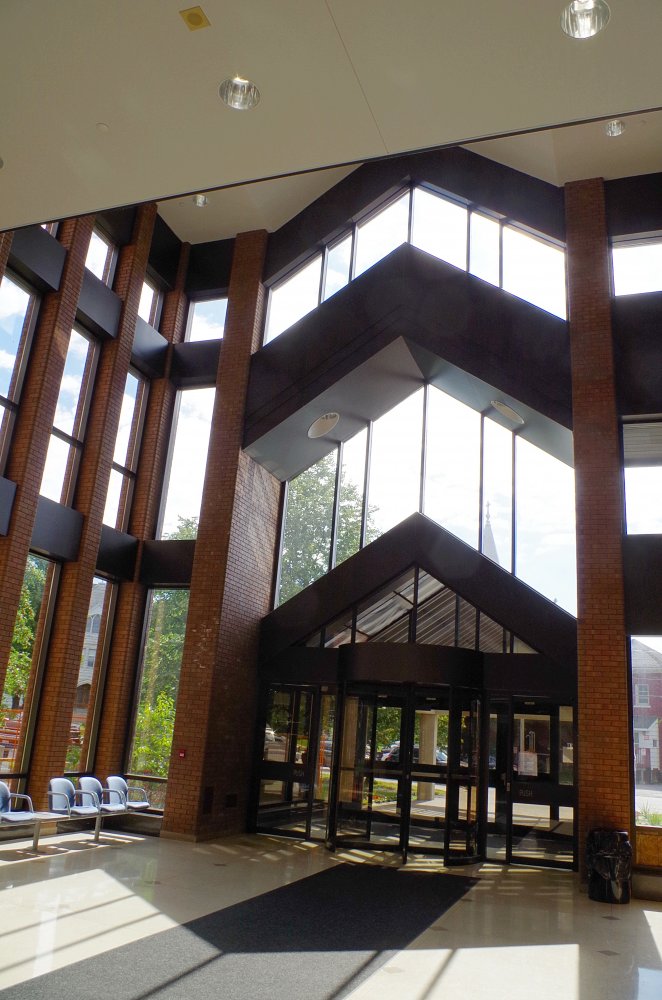 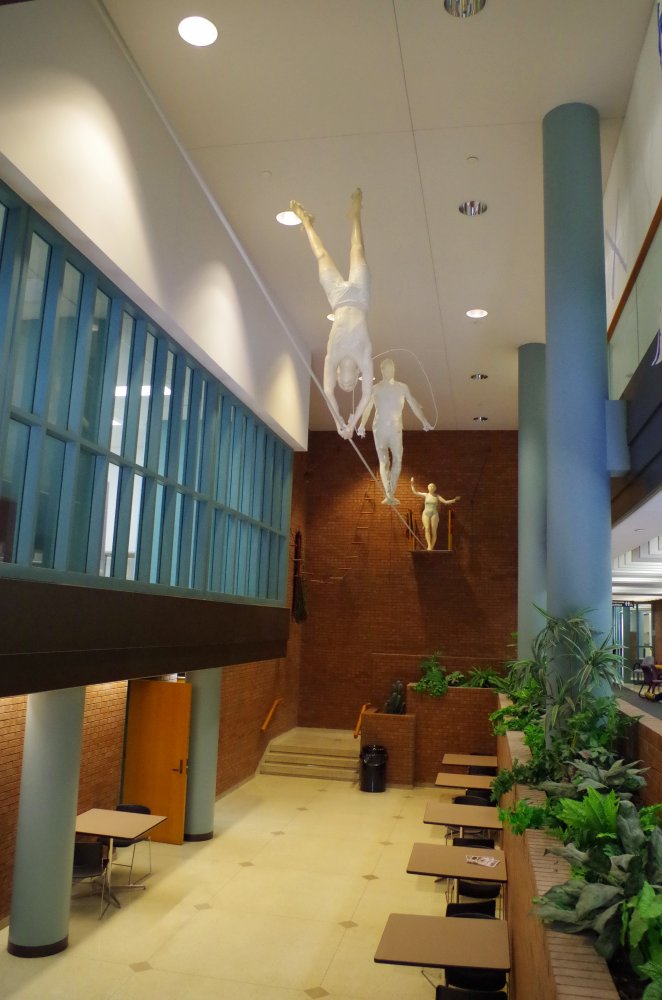 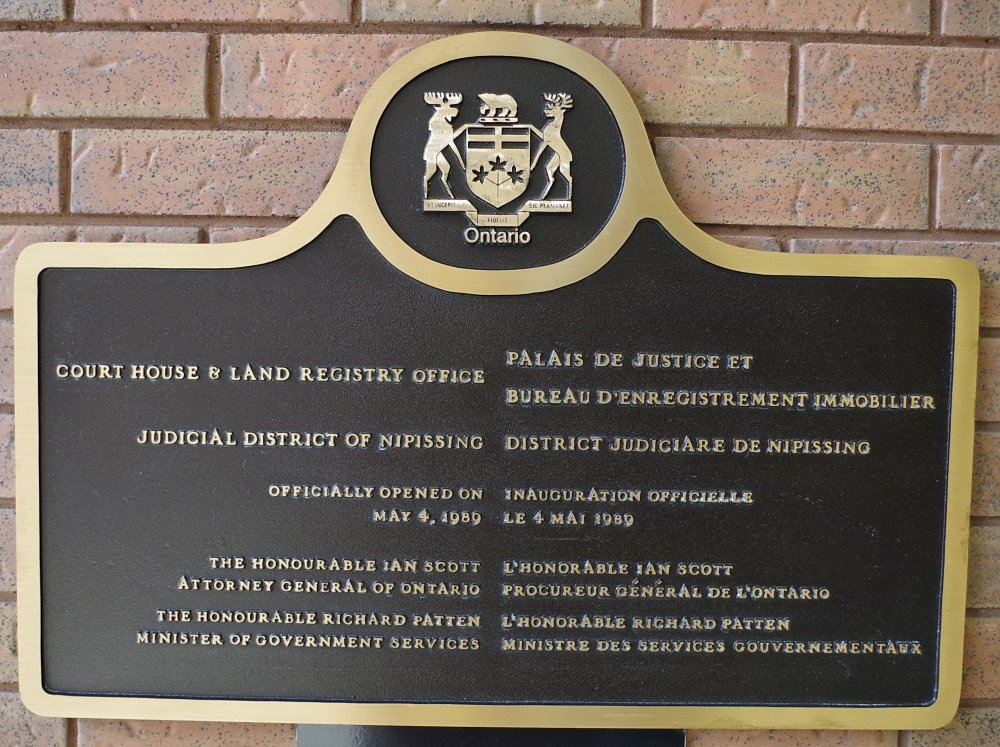 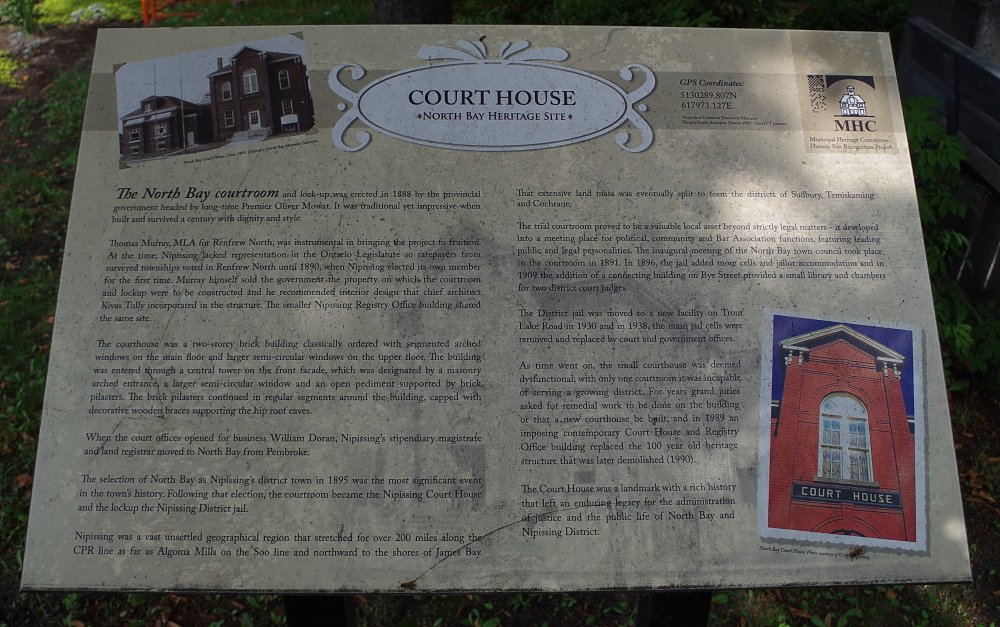