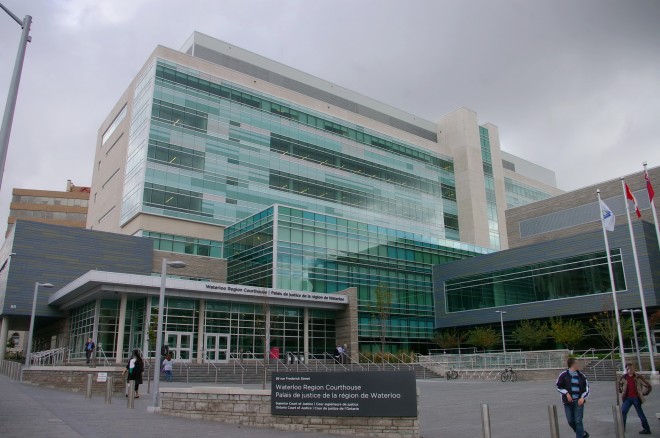 Waterloo Region is named for the Battle of Waterloo where Napoleon Bonaparte was defeated.

Description:  The building faces south and is a seven story concrete and glass structure. On the south side is a plaza. The main entrance is a one story projection with glass walls which connects to a three story glazed atrium. On the east side is a three story red coloured brick wing. The main section on the north side rises to seven stories and has horizontal green coloured windows along the south side and red coloured brick on the end walls. The roof line is flat.

Note: The stone work on the project was sourced locally from the Niagara Escarpment and quarried in Owen Sound. It is used in a rough ashlar pattern in the exterior walls around the plaza with dark horizontal bands of Wiarton Black to recreate the layered appearance of the sedimentary river walls. The cost of construction was $379,000,000.

Note:  The first courthouse was designed by William Mellish and built in 1852. Still standing are the old gaol built in 1853 and the governor’s house built in 1878. Description:  The building faces south and is a three story precast concrete structure. The building is located on landscaped grounds. The building forms a wide “V” on the south side with the centre entrance to the foyer in the Conestoga wagon style. The first story is recessed. The windows are vertical and the roof line is flat. The building now houses the Waterloo Region offices. In 2015, the building was renovated. The architect was Robertson Simmons Architects Inc. Description:  The building faces east and is a three story structure. The building is located on two acres of landscaped grounds. The windows are horizontal and the roof line is flat. The building housed the Provincial Court and presently is vacant. 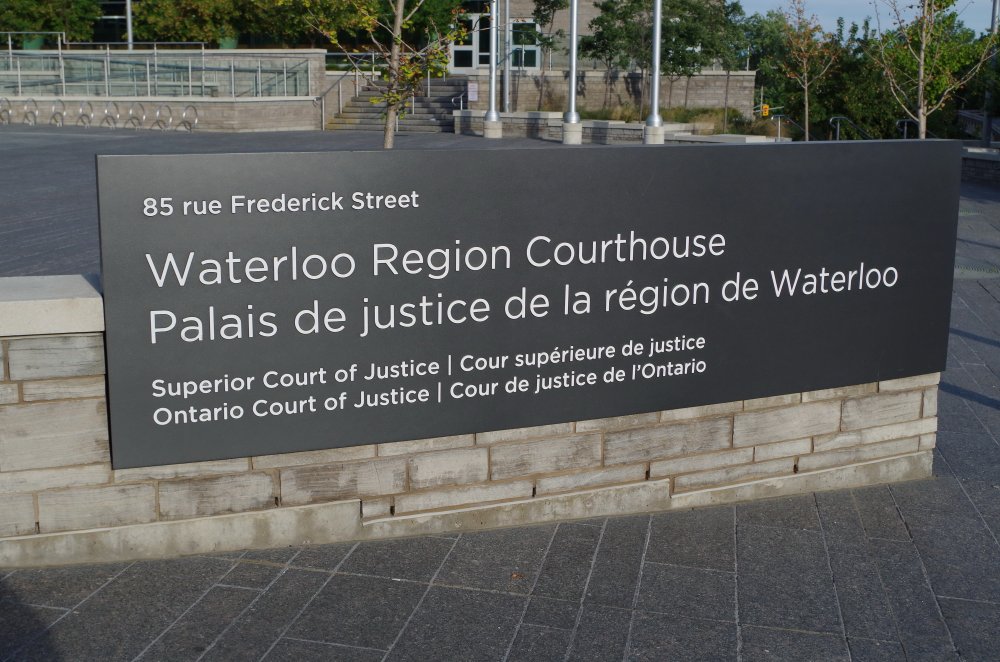 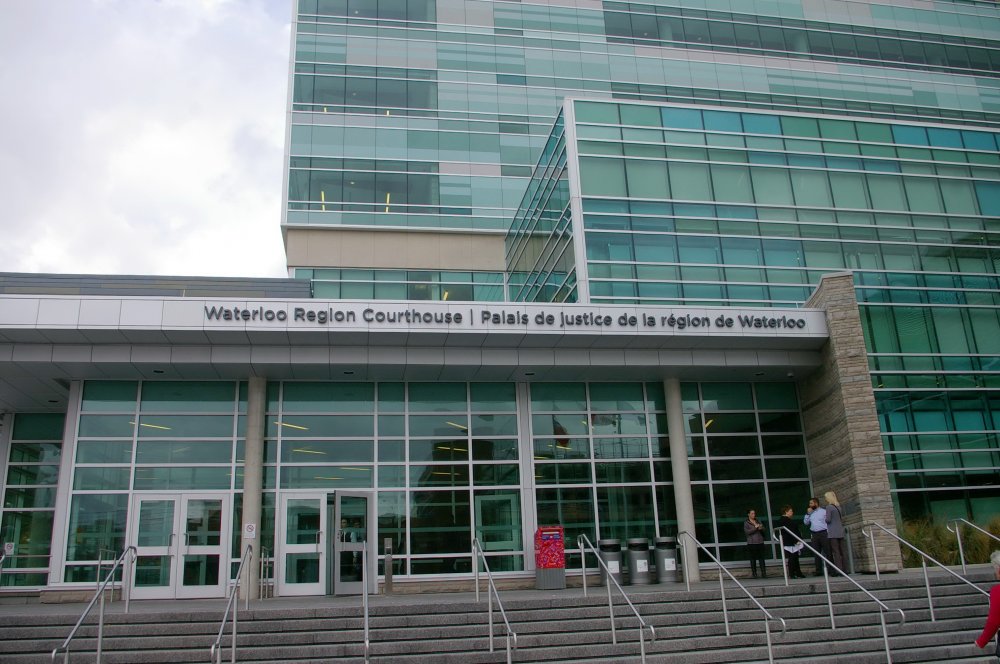 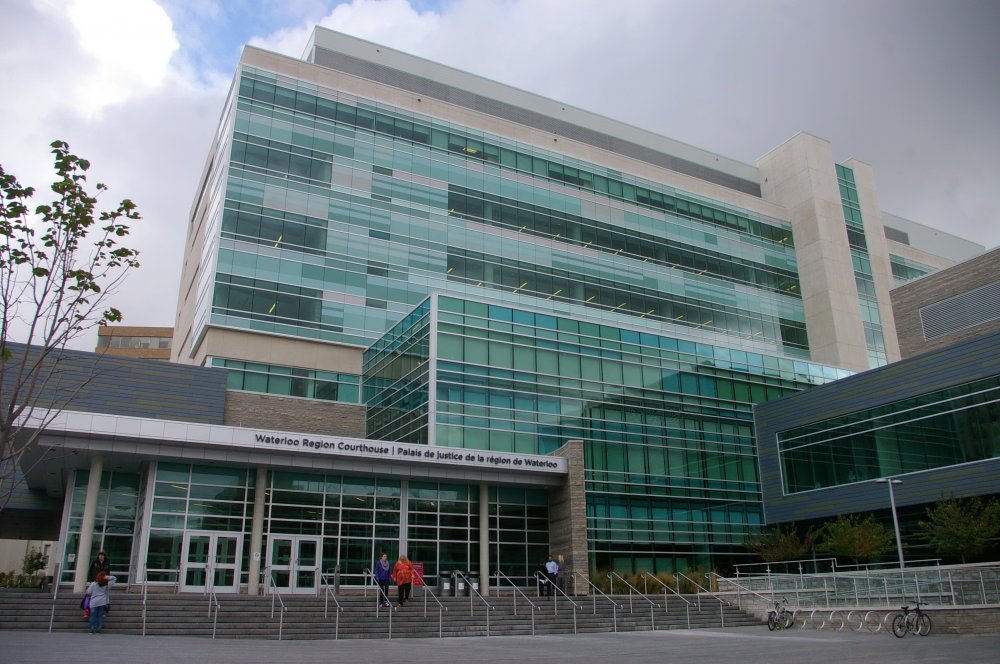 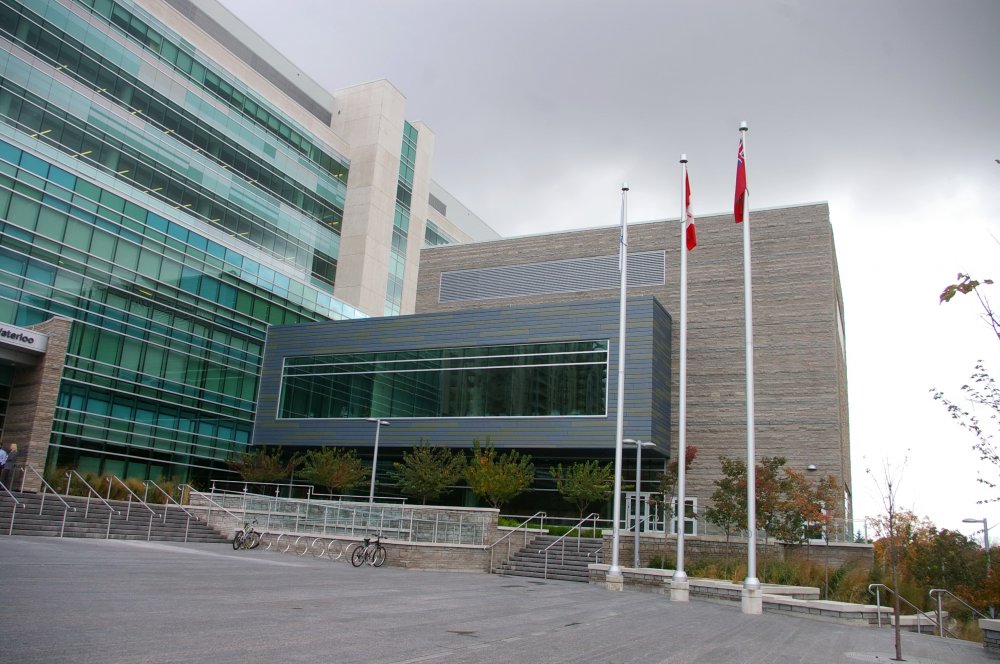 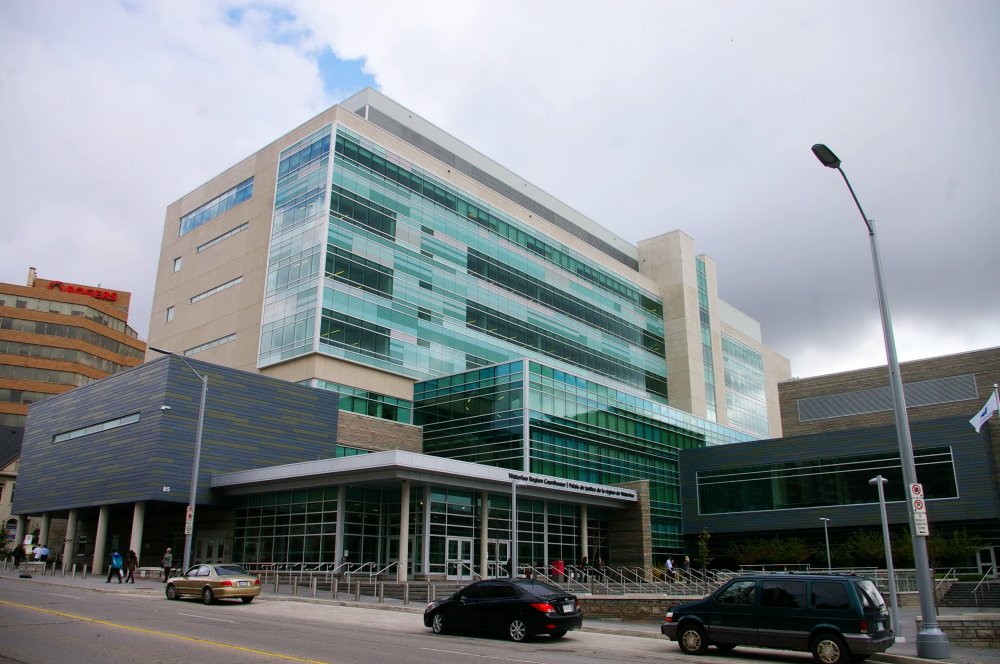 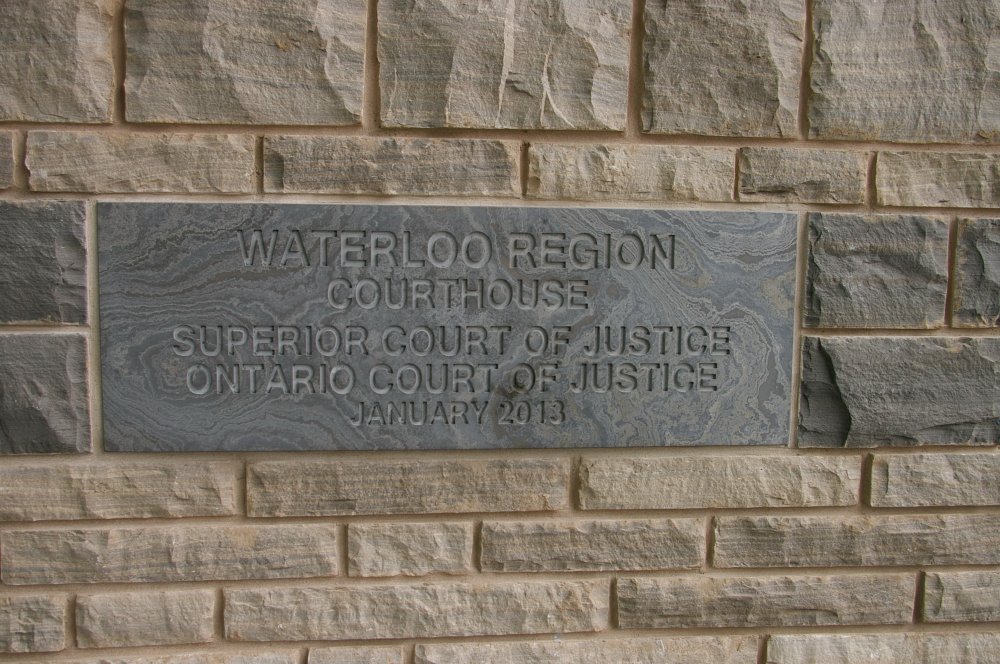 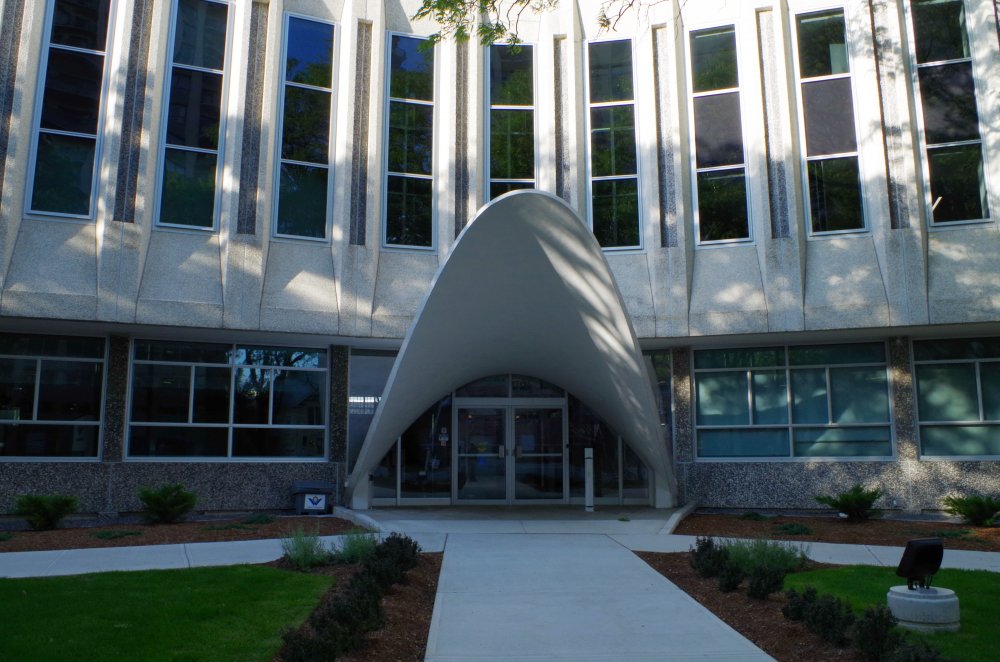 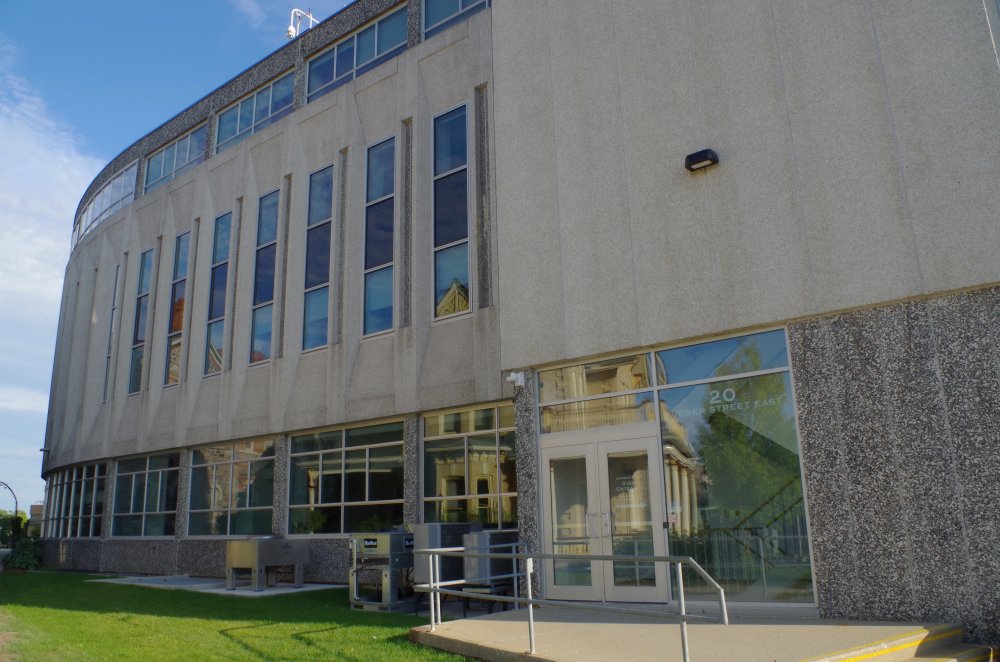 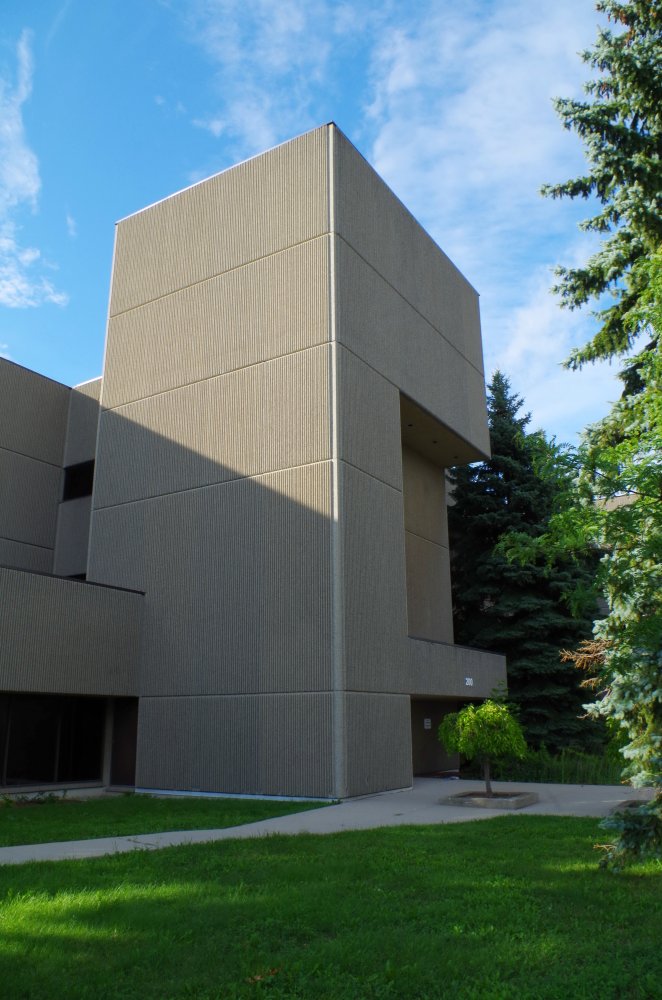 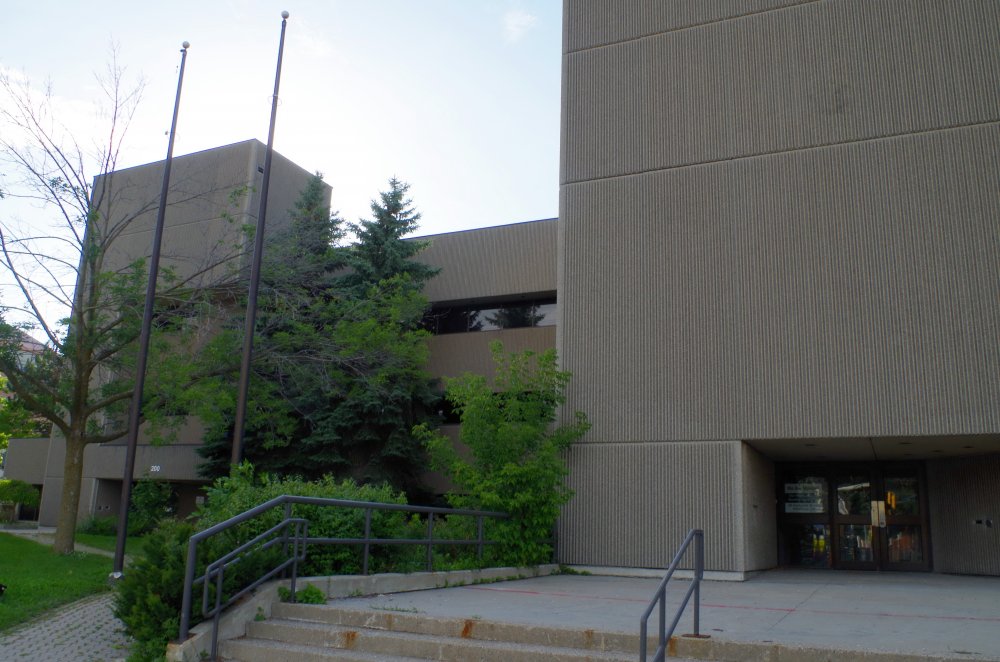 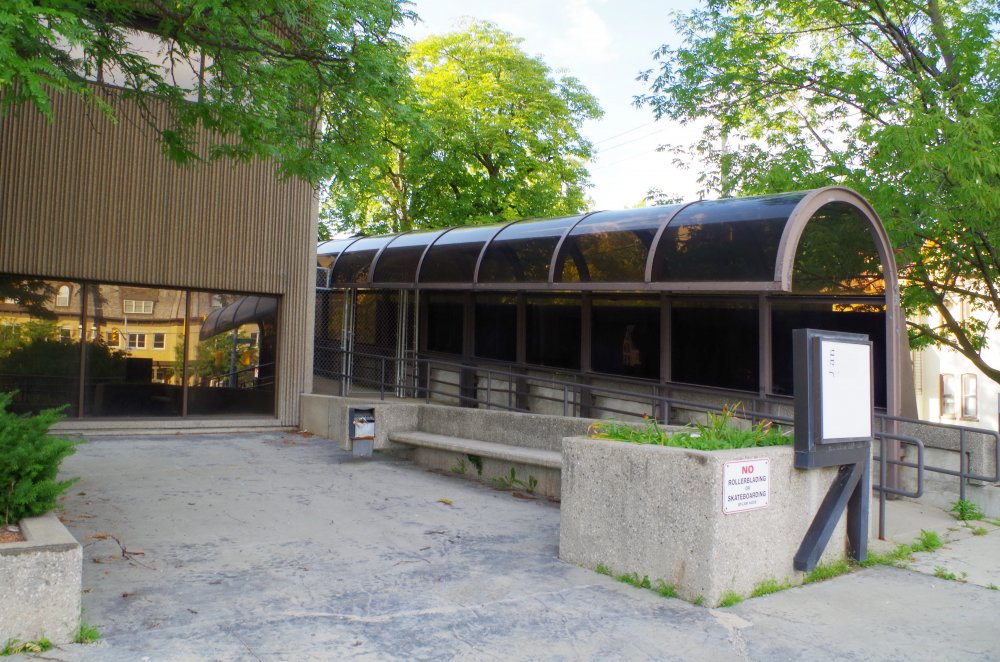 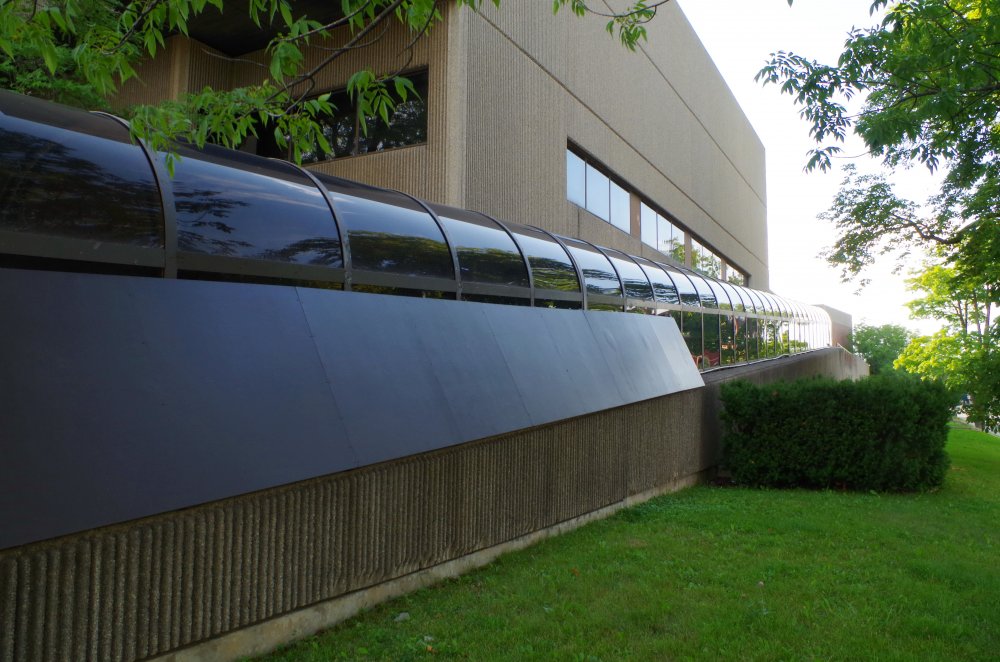