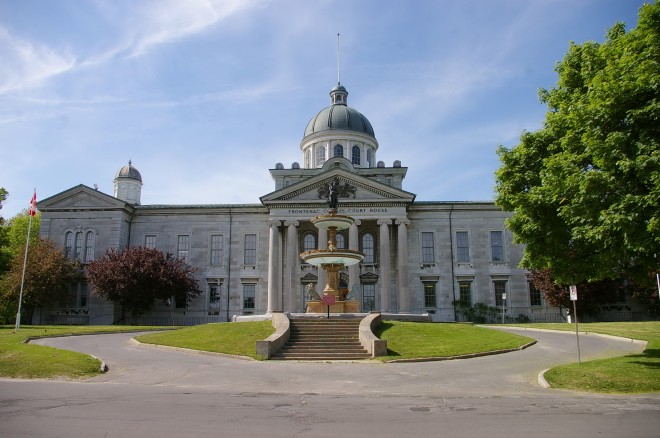 Frontenac County, which is named for Louis de Baude, Count Frontenac, who was Governor of New France.

Description:  The building faces south and is a three story grey coloured limestone structure. The building is located on spacious landscaped grounds  in the center of Kingston. The south front has a large portico supported by six high columns supporting a pediment with frieze and the Royal Coat of Arms. The centre section is three stories and the east and west wings are two stories and have pediments on the south and north sides. In the centre of the building is a large dome with sixteen arched windows and small cupola at the top.  After a fire in 1874, the building was remodeled by architect John Power and contractor George Newlands. The building houses the Superior Court of Justice.

Note:  Near the courthouse is the Registry Office. 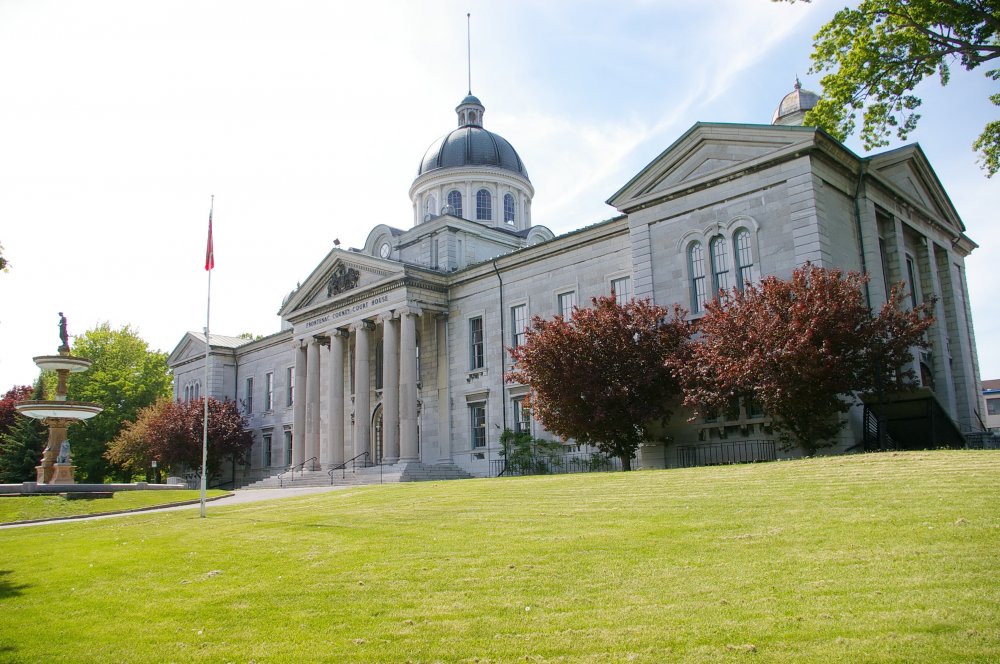 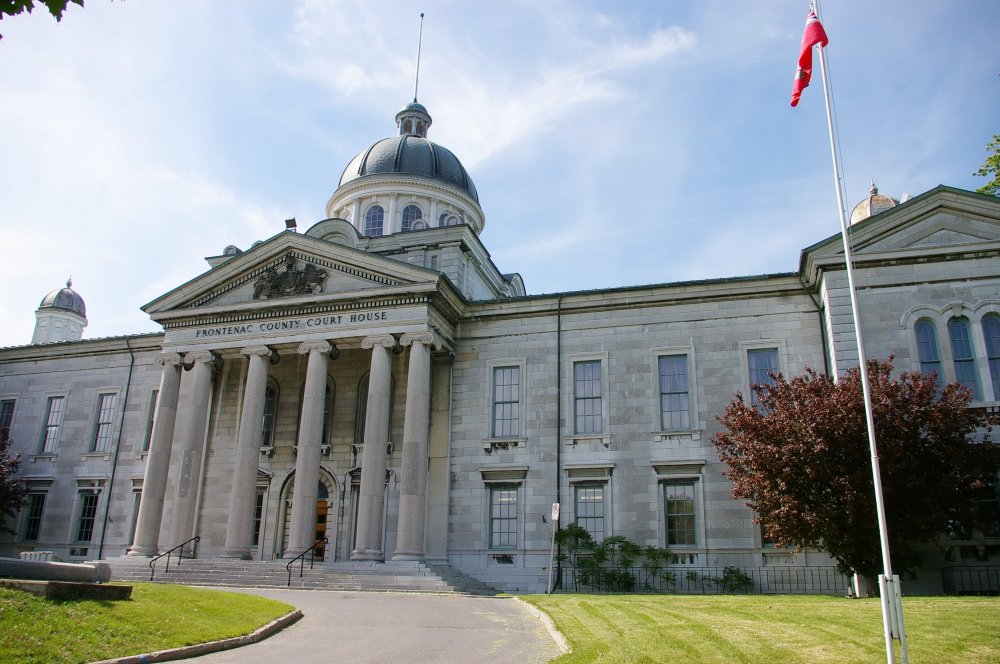 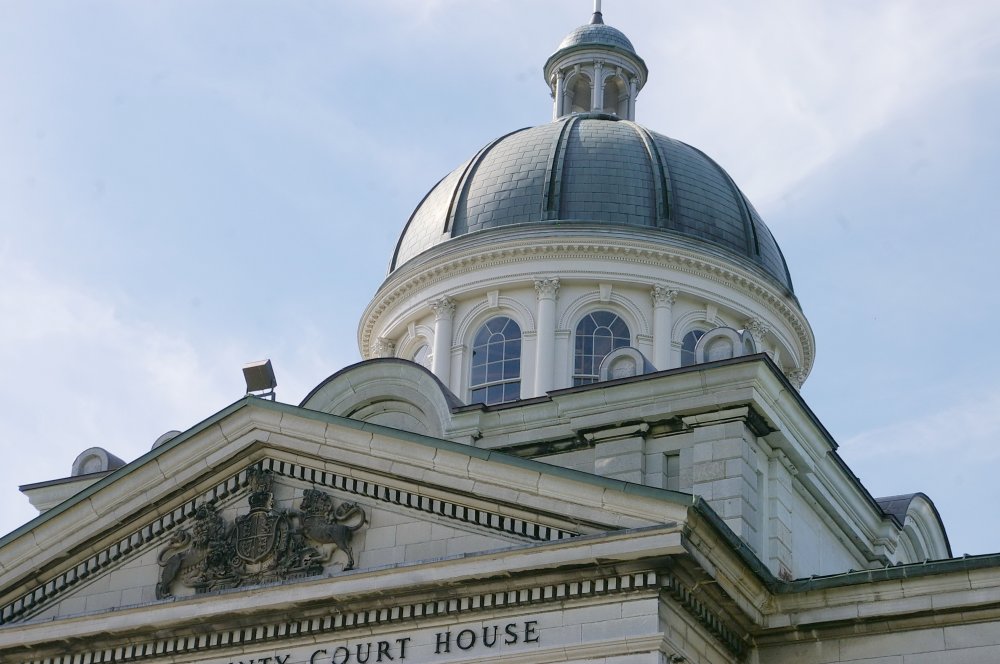 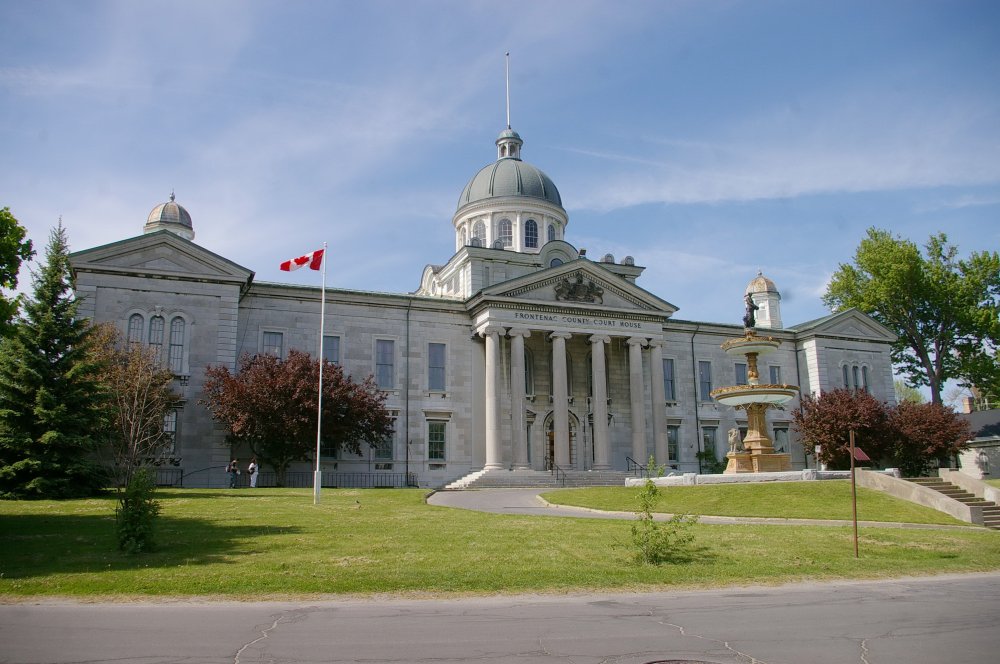 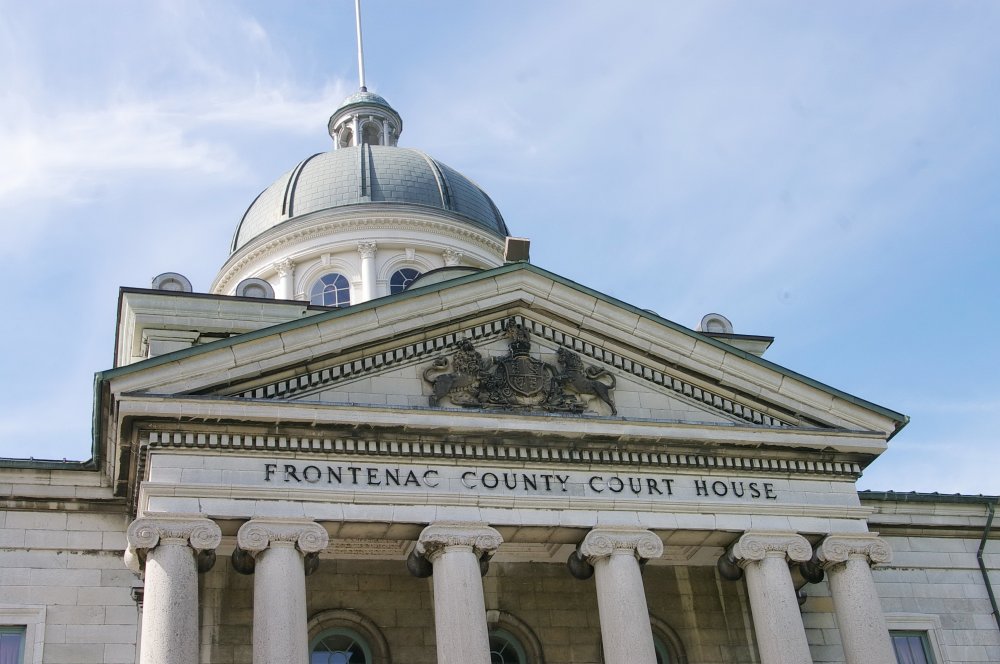 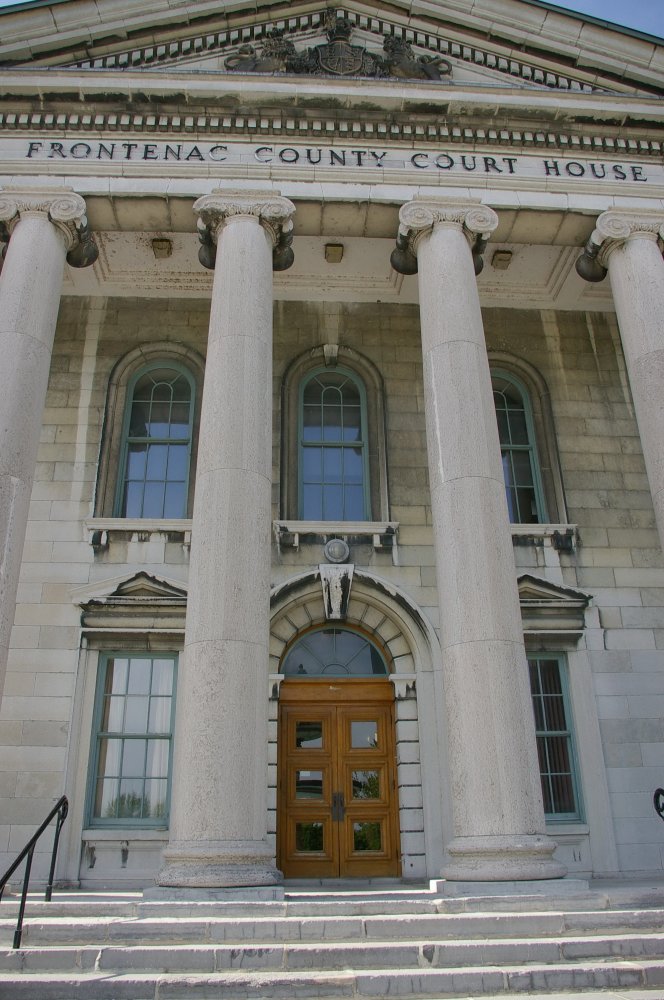 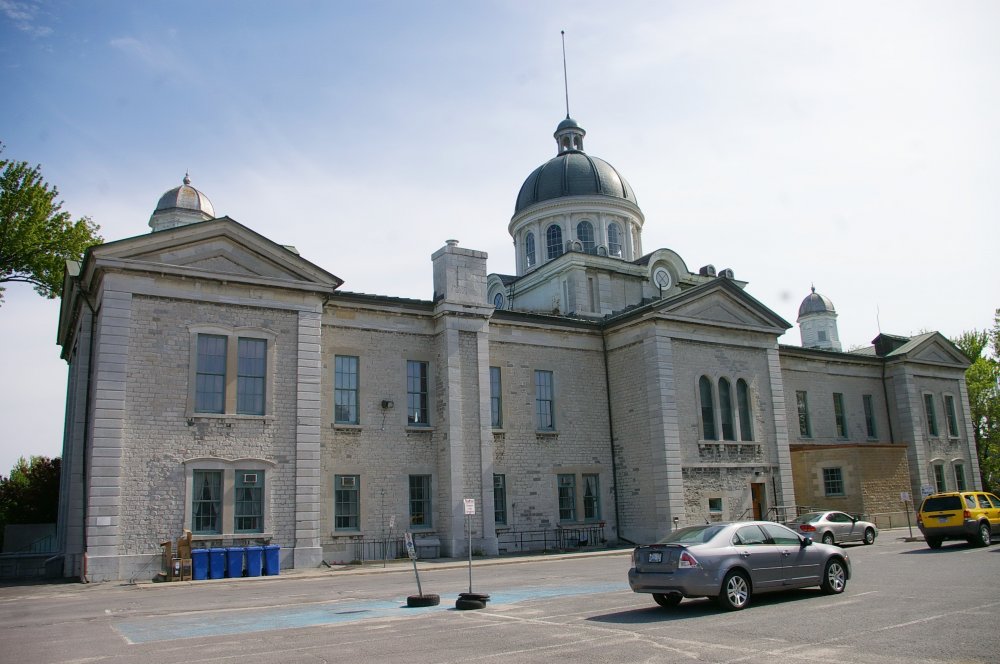 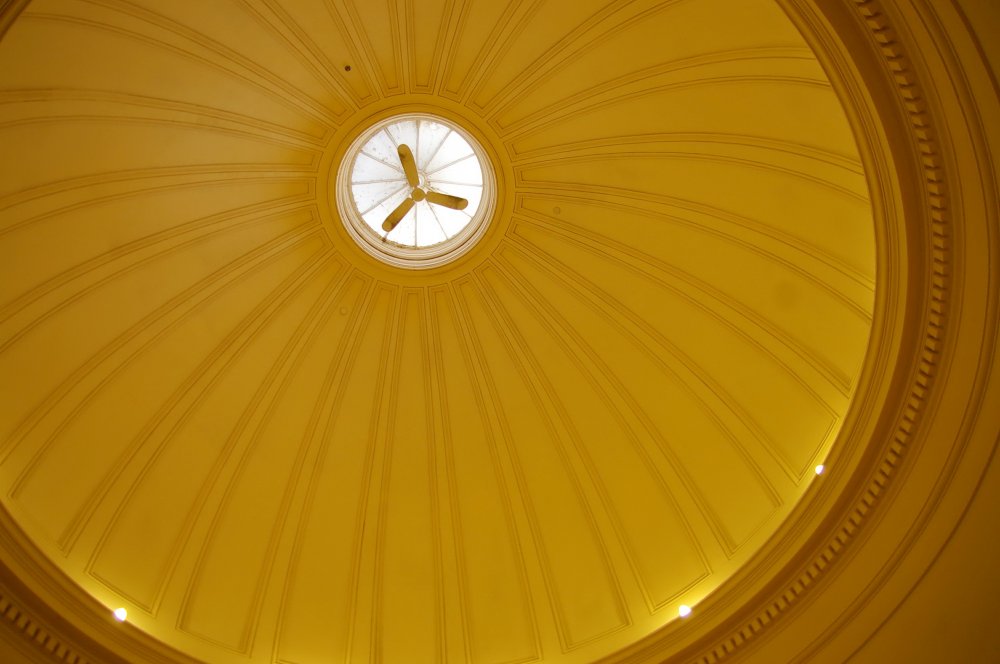 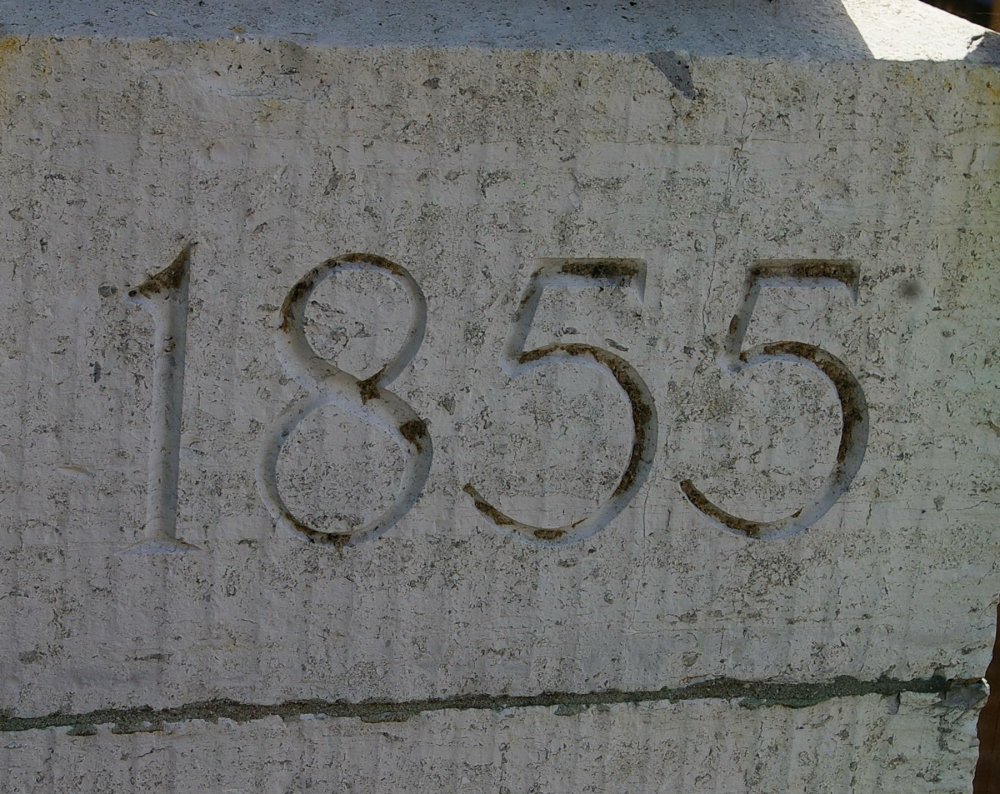 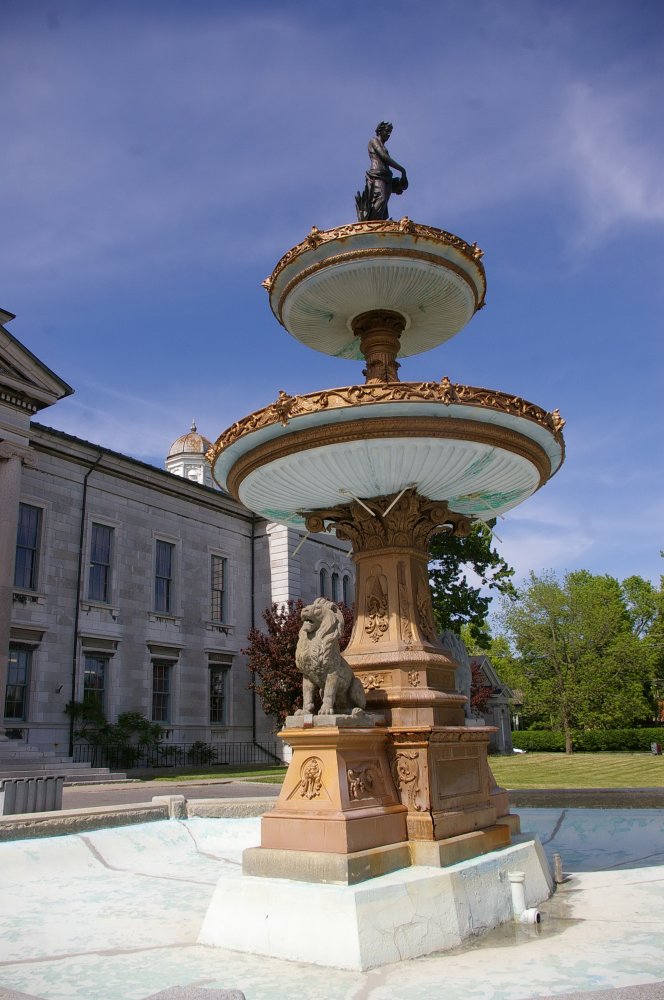