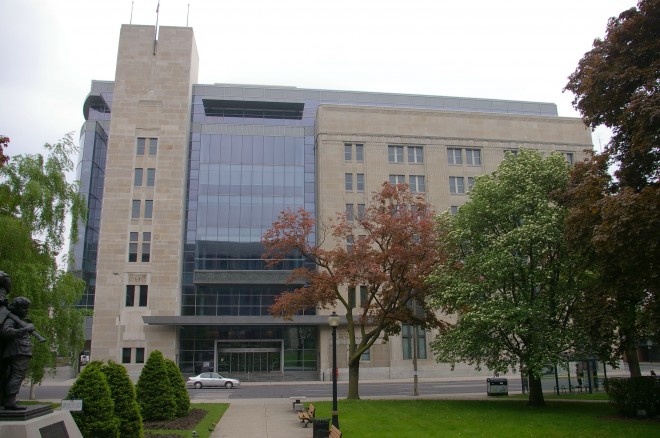 Hamilton-Wentworth Region is named for George Hamilton, who was a Queenston entrepreneur, and for John Wentworth, who was the last Governor of colonial New Hampshire and Lieutenant Governor of Nova Scotia.

Description:  The building faces south and is a seven story concrete, stone and glass structure. The south front has a wide glass paneled entrance on the first story with an extended canopy. Above are glass paneled walls with square tower on the west side and stone front along the east side. The roof line is flat. The building houses the Superior Court of Justice. 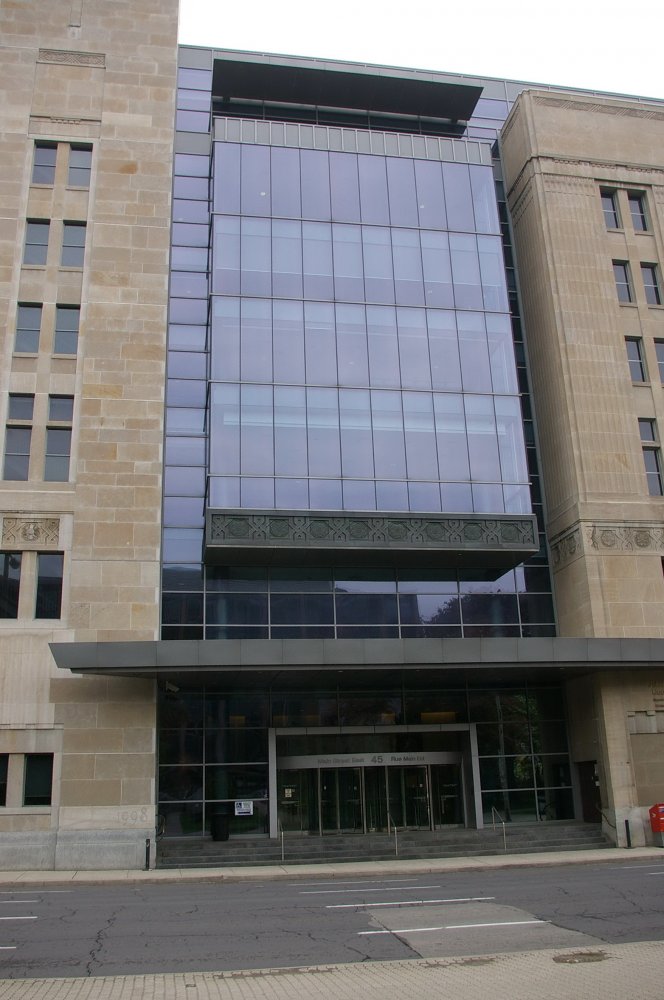 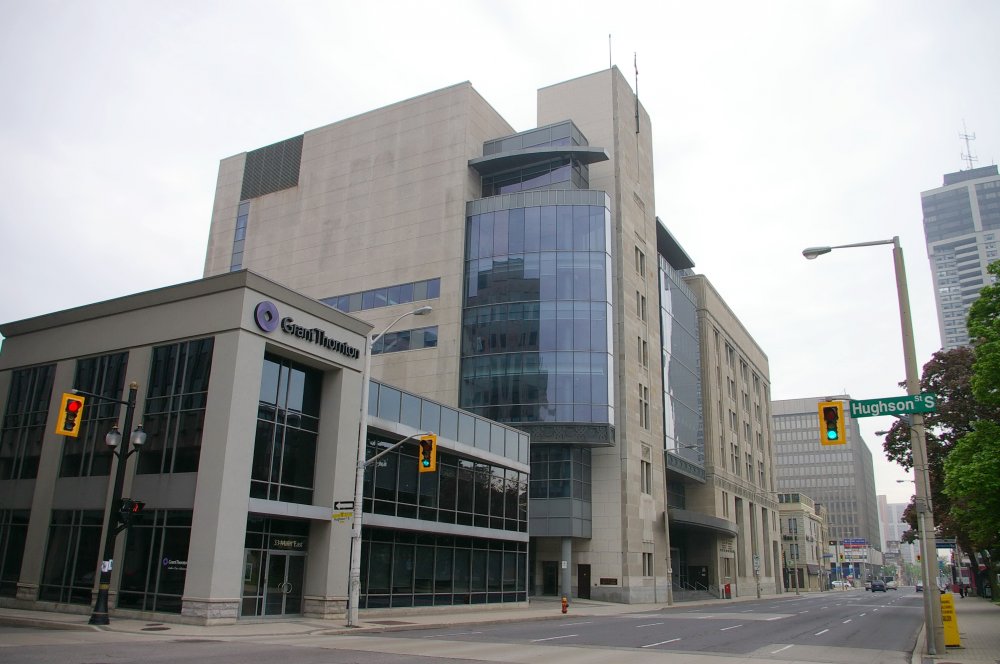 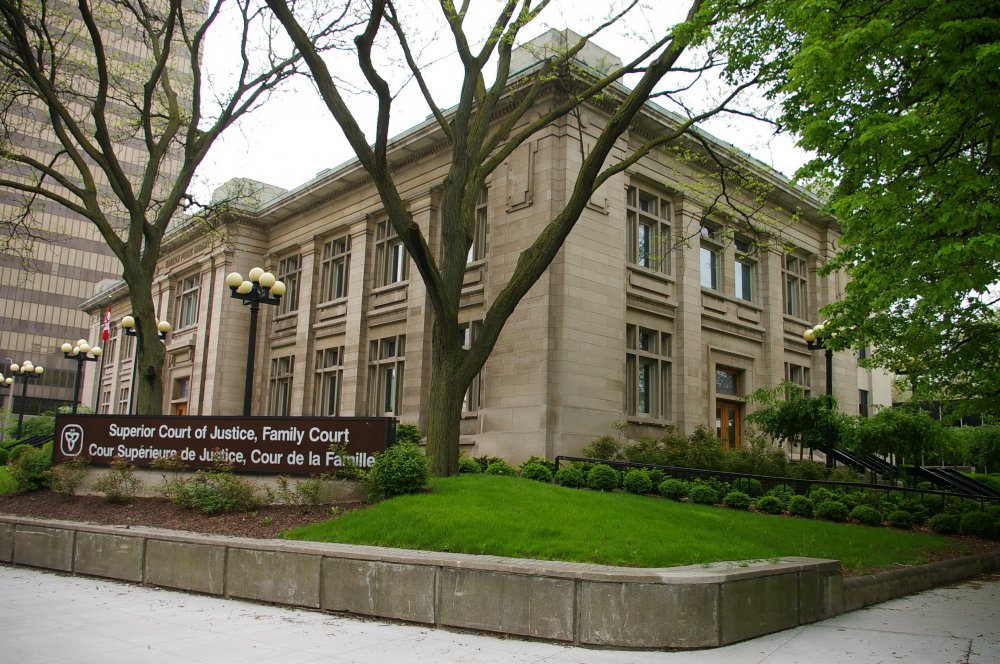 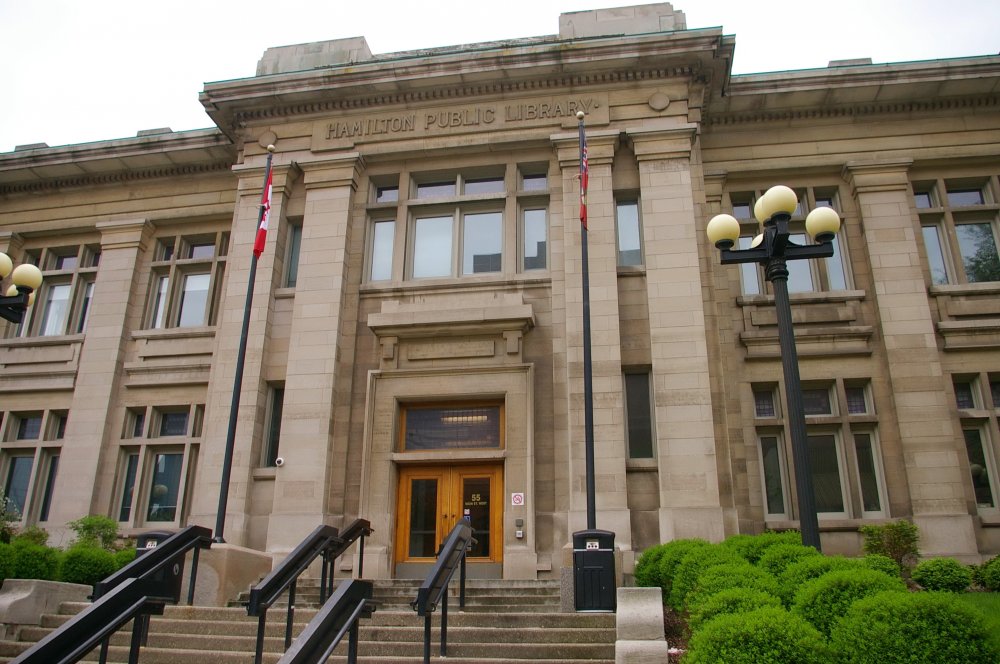 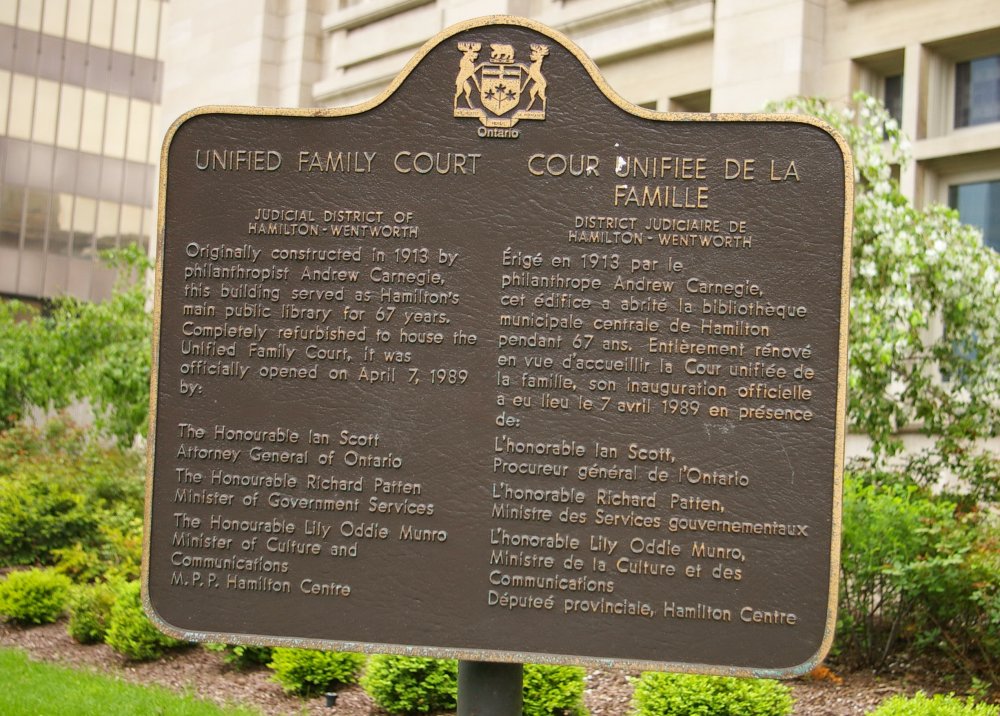