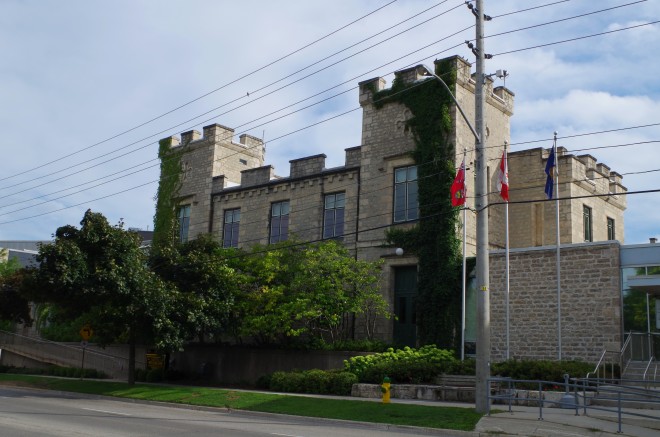 Wellington County is named for Arthur Wellesley, who was the First Duke of Wellington.

Description:  The building faces north and is a two story limestone structure. The building is the castellated style reminiscent of medieval fortifications. The north front has two large square stone towers which rise above the roof line. The building was enlarged in 1850. The architect was David Murray of Guelph. In 1860, brick vaults were built. The architect and contractor was George Bruce of Guelph. The building also houses the Superior Court of Justice and the County Administration. 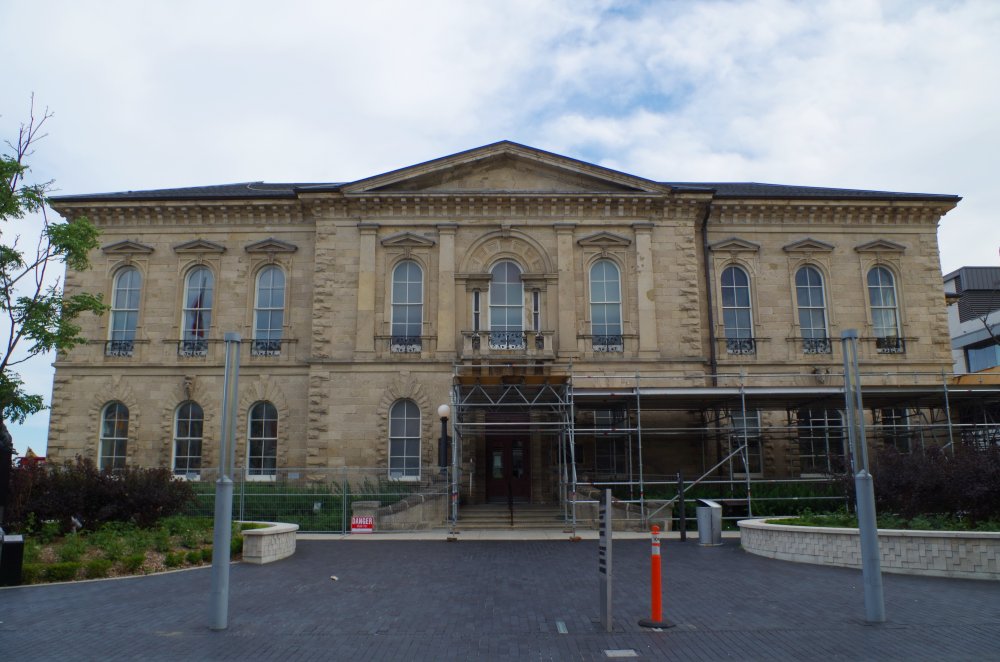 Contractor:  Morrison and Emslie of Guelph.

Description:  The building faces west and is a two story limestone structure. The building was the old City Hall and converted to a courthouse in 2009. An 1875 stone addition on the south-west corner added a concert hall and additional market space. The building houses the Provincial Offences Courthouse.

Note: Experienced stonemasons and stone cutters, are responsible for the quality craftsmanship. Carved stone details on the façade are the work of Guelph stone carver Matthew Bell. 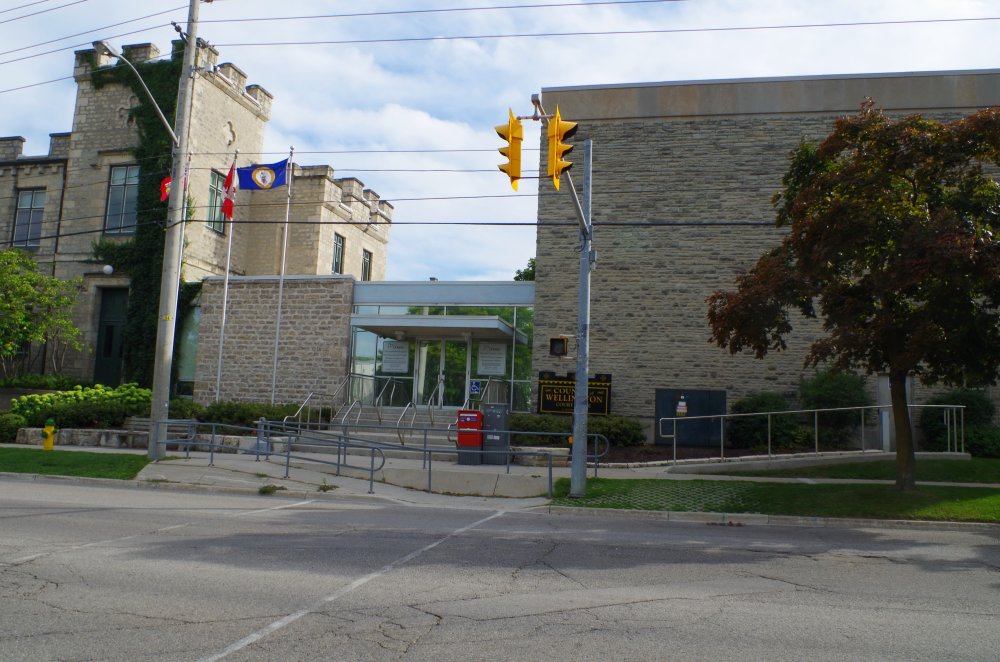 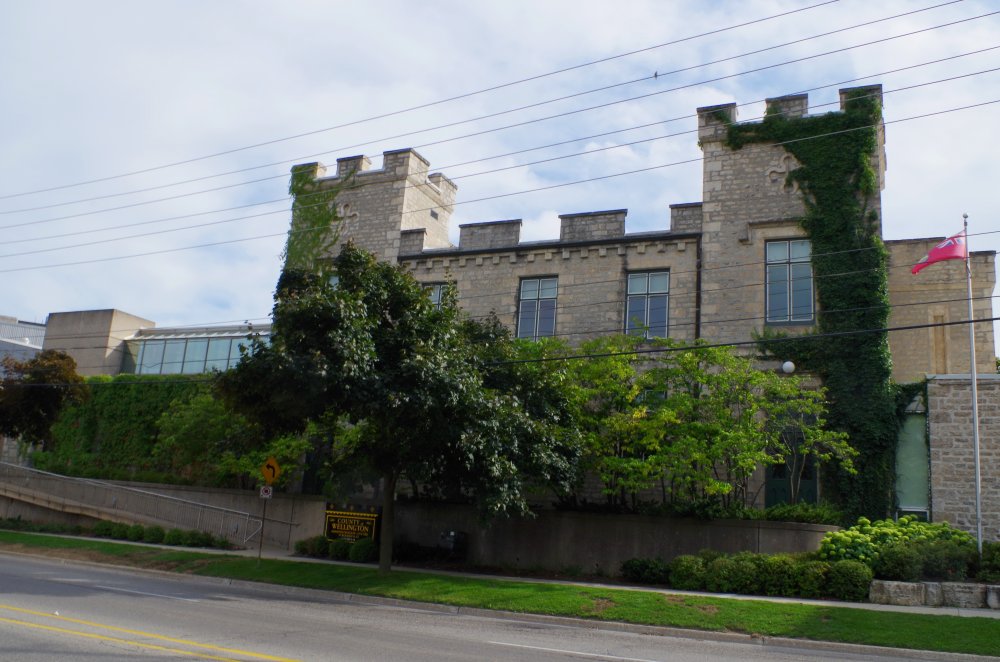 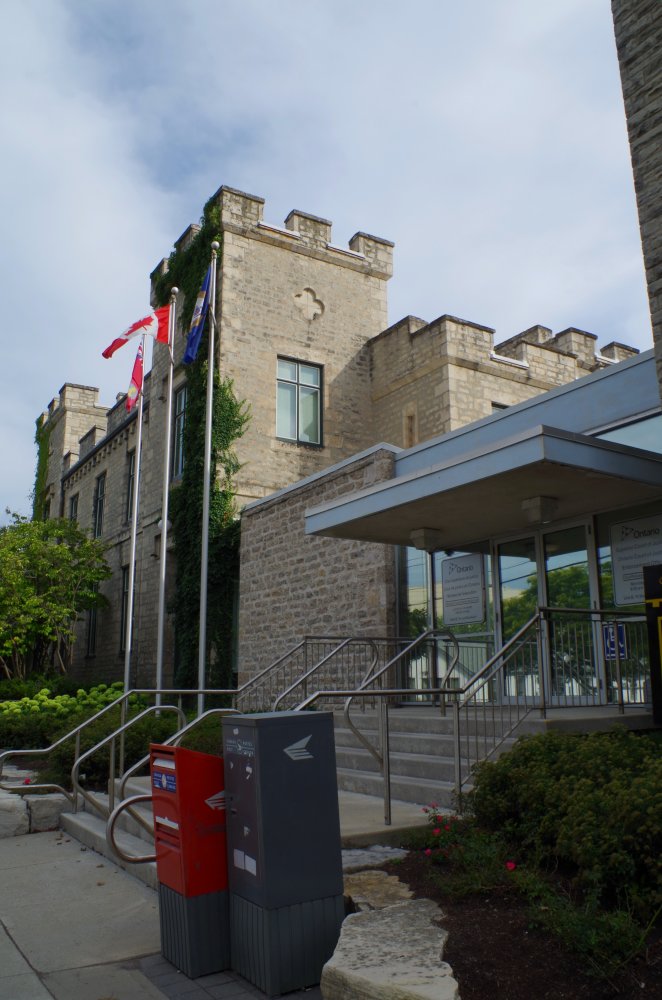 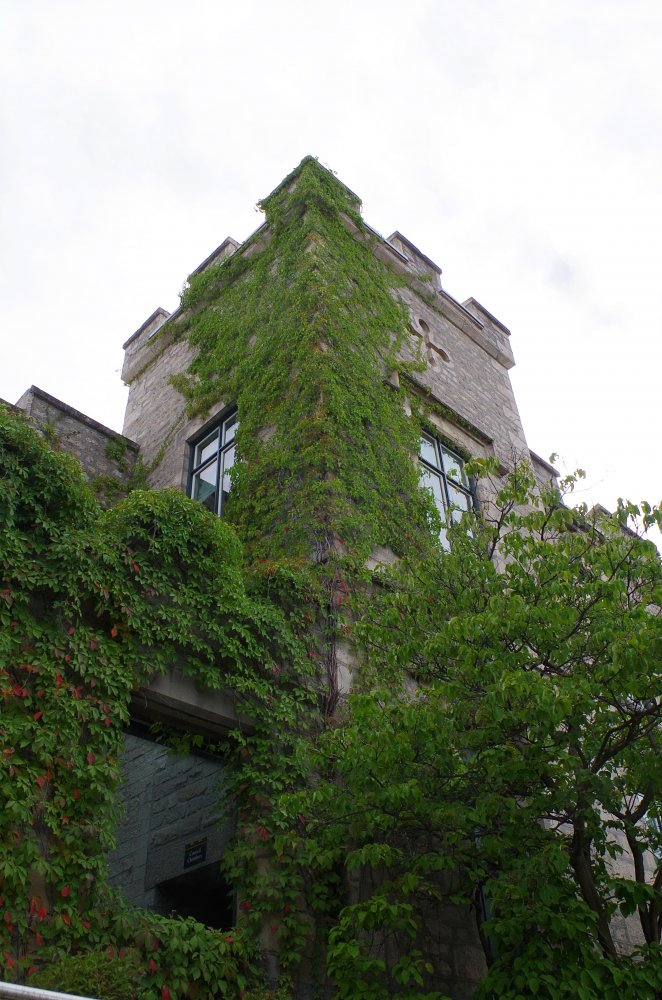 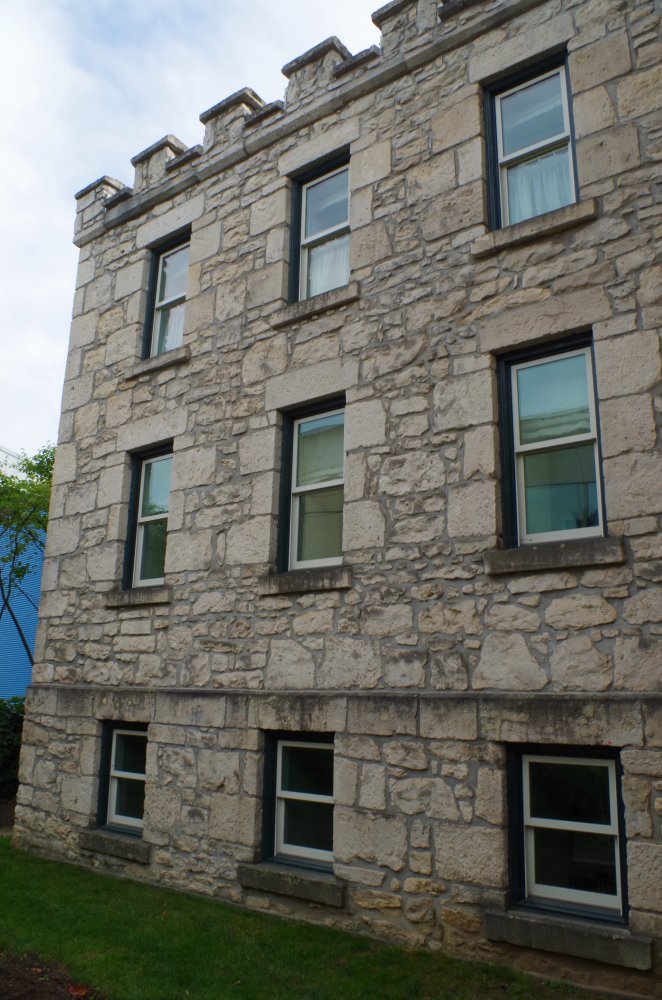 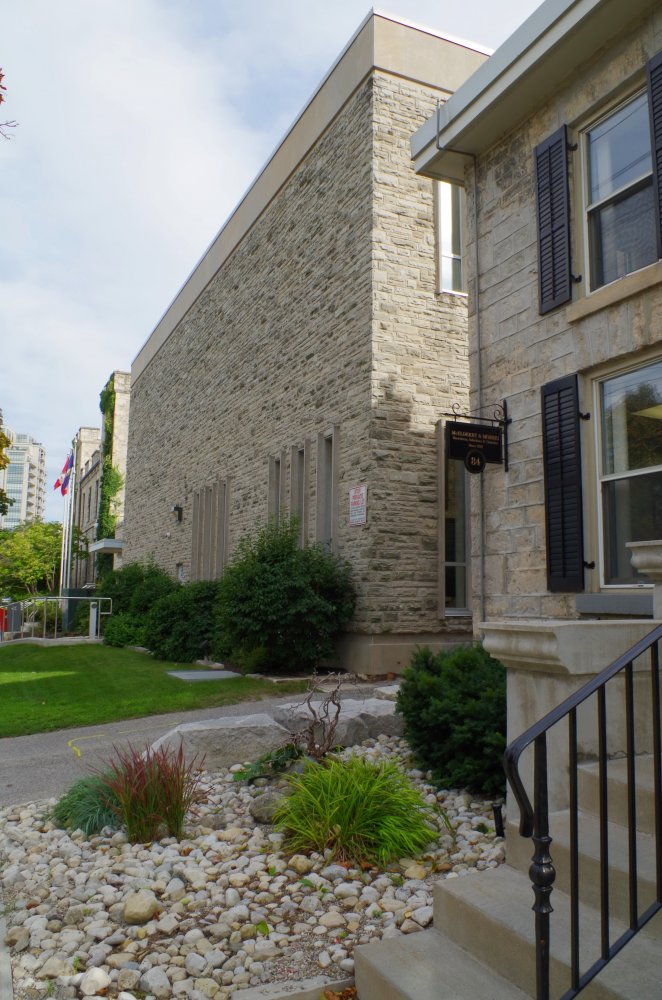 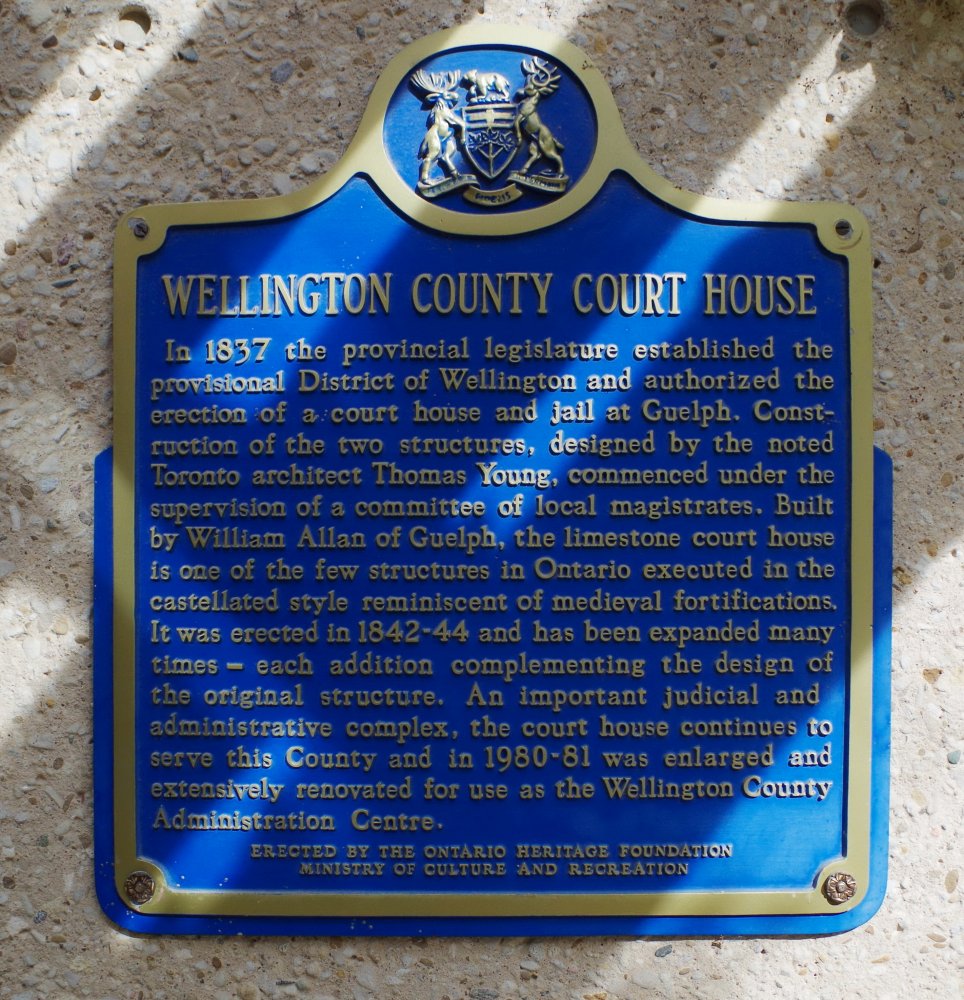