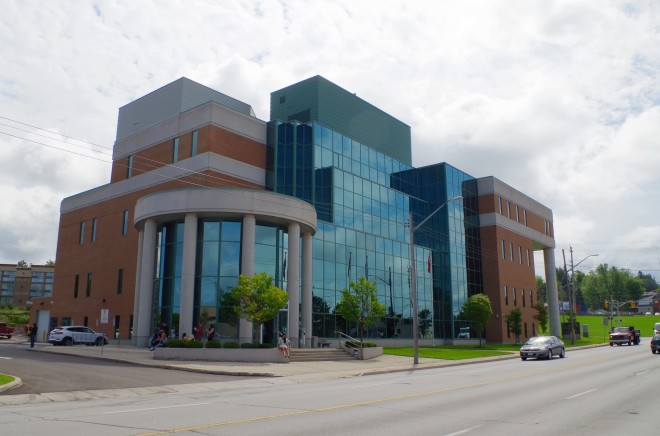 Grey County is named for Charles Grey, who was the Prime Minister of the United Kingdom from 1830 to 1834.

Description:  The building faces west and is a four story red brick, glass and concrete structure. The building is located on landscaped grounds. The main entrance at the northwest corner has a circular two story section with columns and glass panel walls. The centre west section has glass panel walls rising in tiers. On the southwest corner are columns with recessed section. The fourth story is recessed. The roof line is flat. The building houses the Superior Court of Ontario and the Ontario Court of Justice. 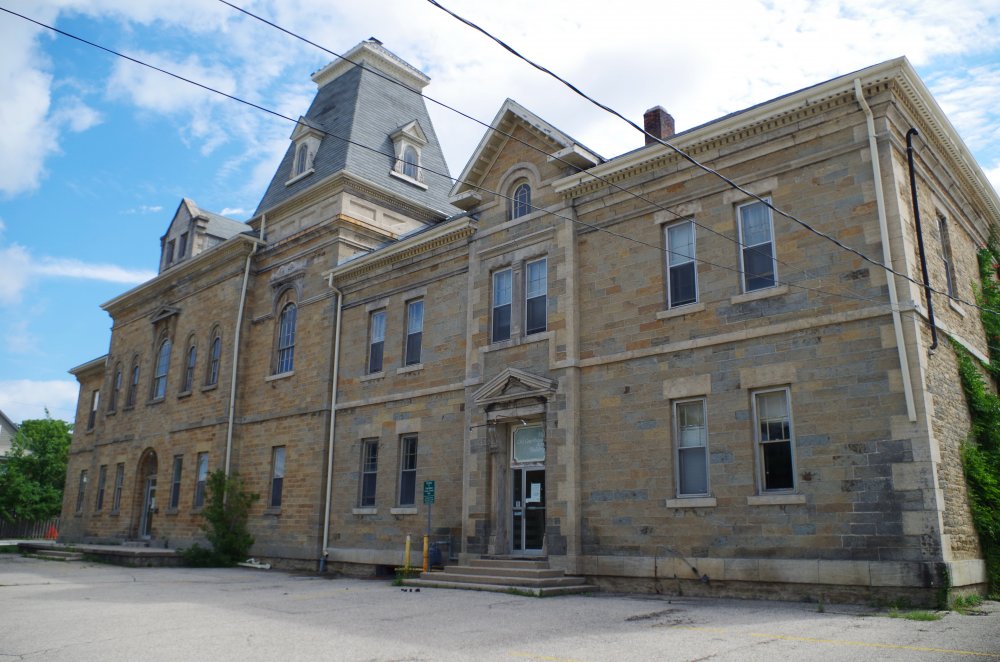 Description:  The building faces west and is a two story buff coloured stone structure. The building is located on landscaped grounds. The west front has a central arched entrance on the first story. On the roof is a high mansard roof tower. The roof is hipped with a dormer. The stone mason was John Harkness. An addition on the south side was designed by M B Ayleworth and constructed by John Hardness in 1885. In 1888, the tower was designed by G A Allan and added to the building. In 1898, a jailer’s residence of red coloured brick on the north side was designed by G A Allan. The building stands vacant. On the easy side are the stone walls of the old gaol and the red coloured brick Registry Office. 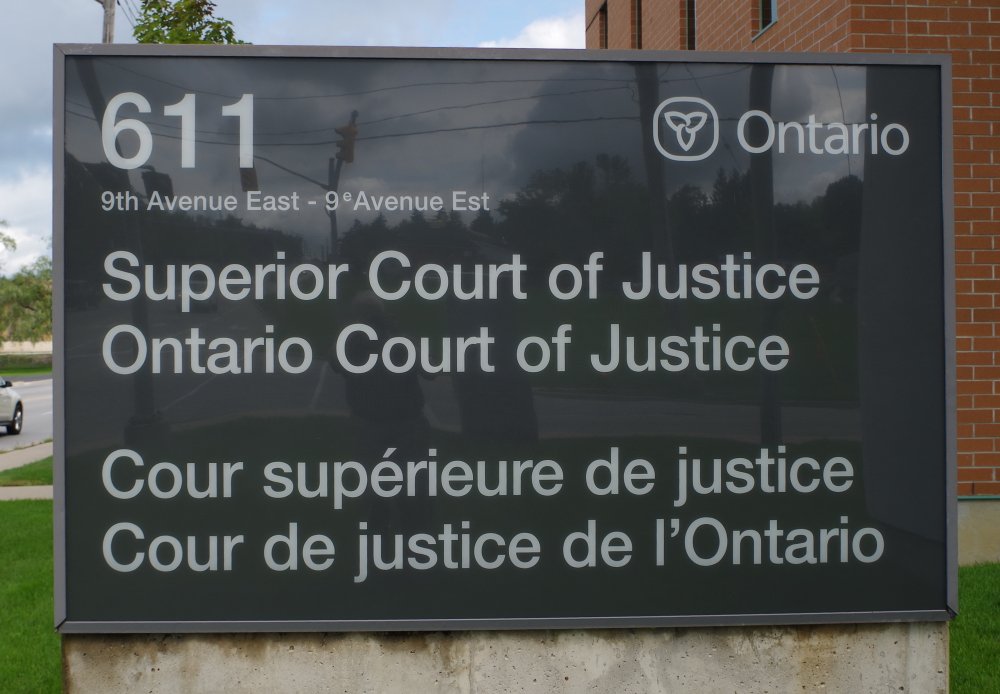 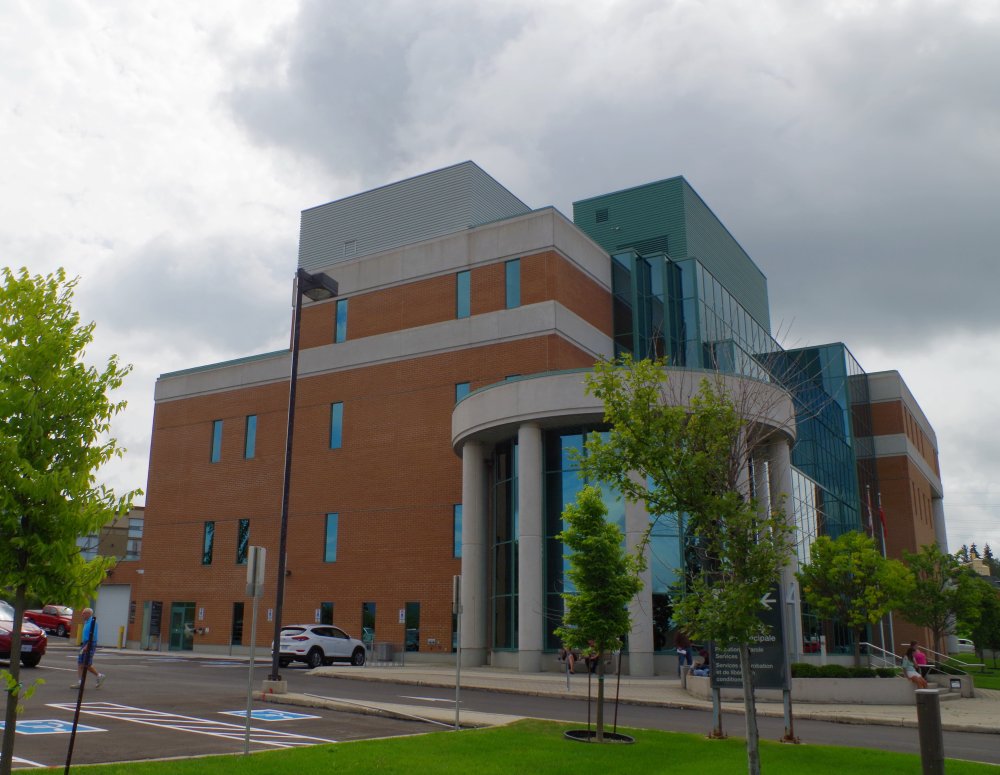 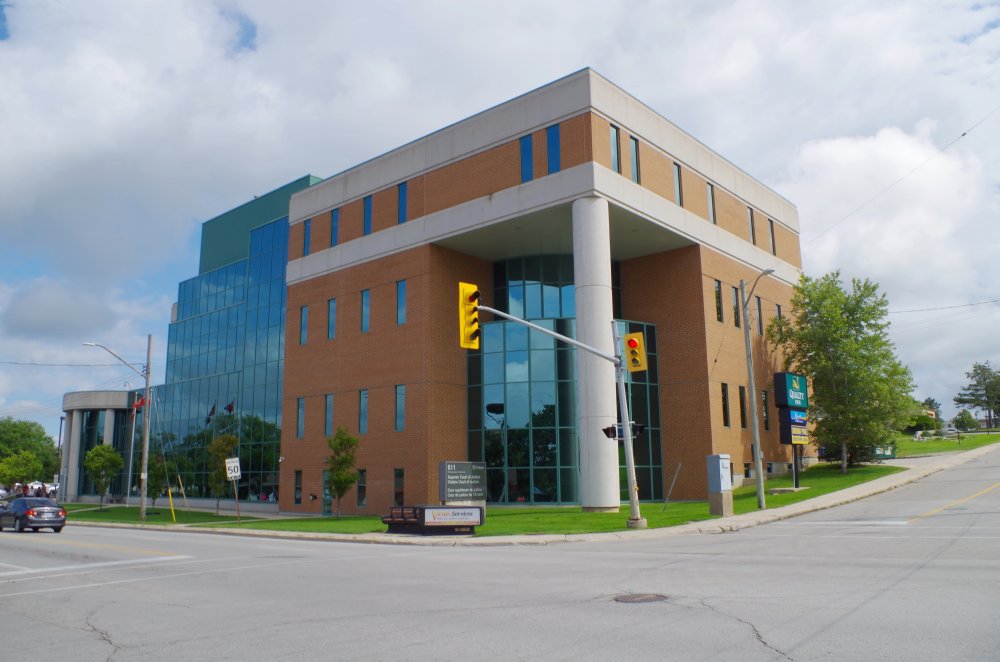 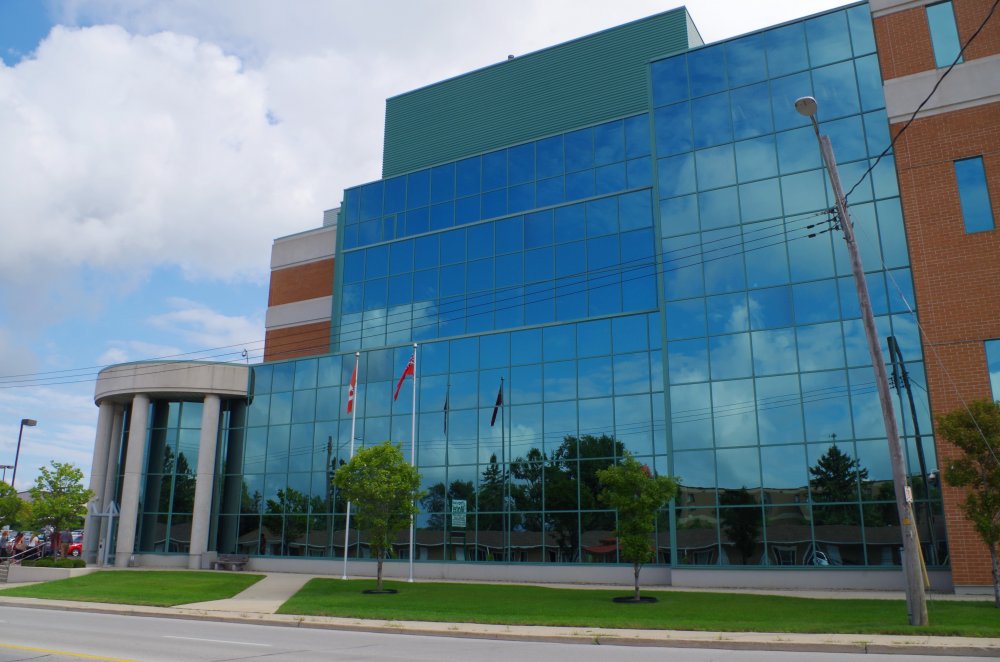 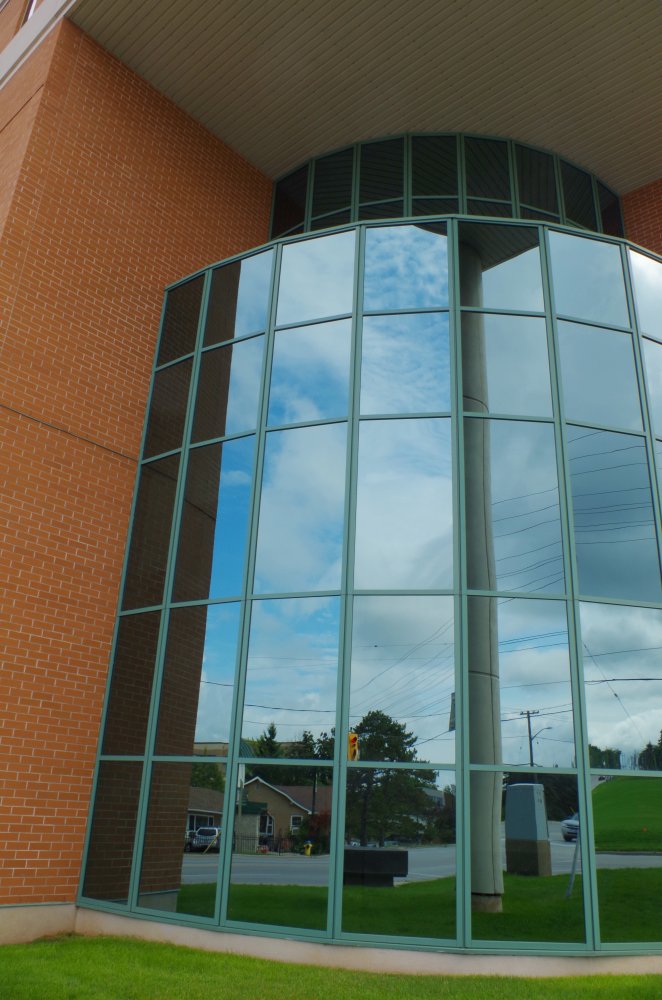 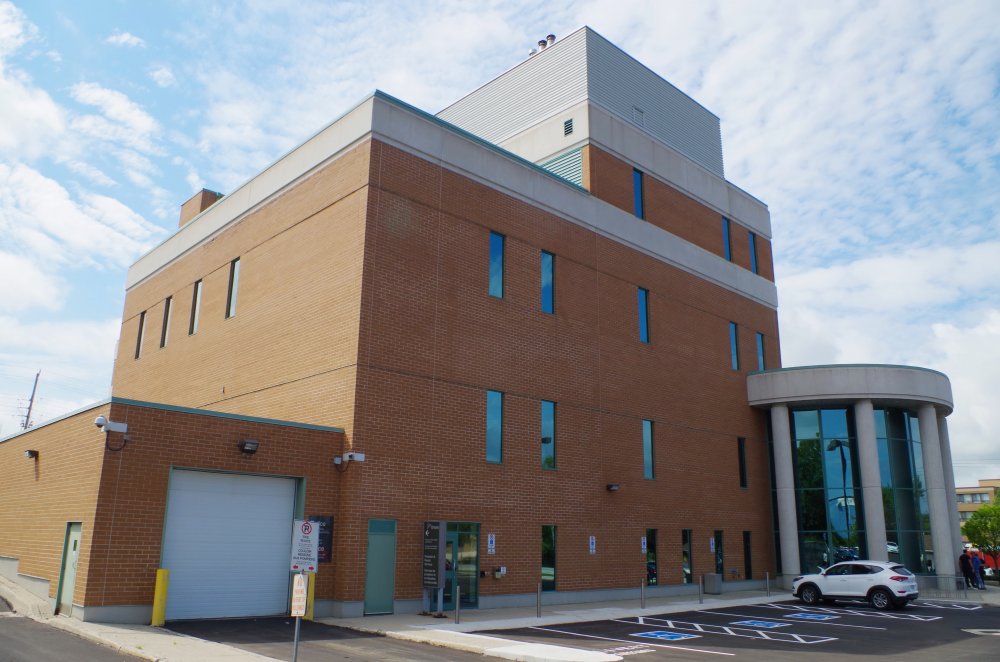 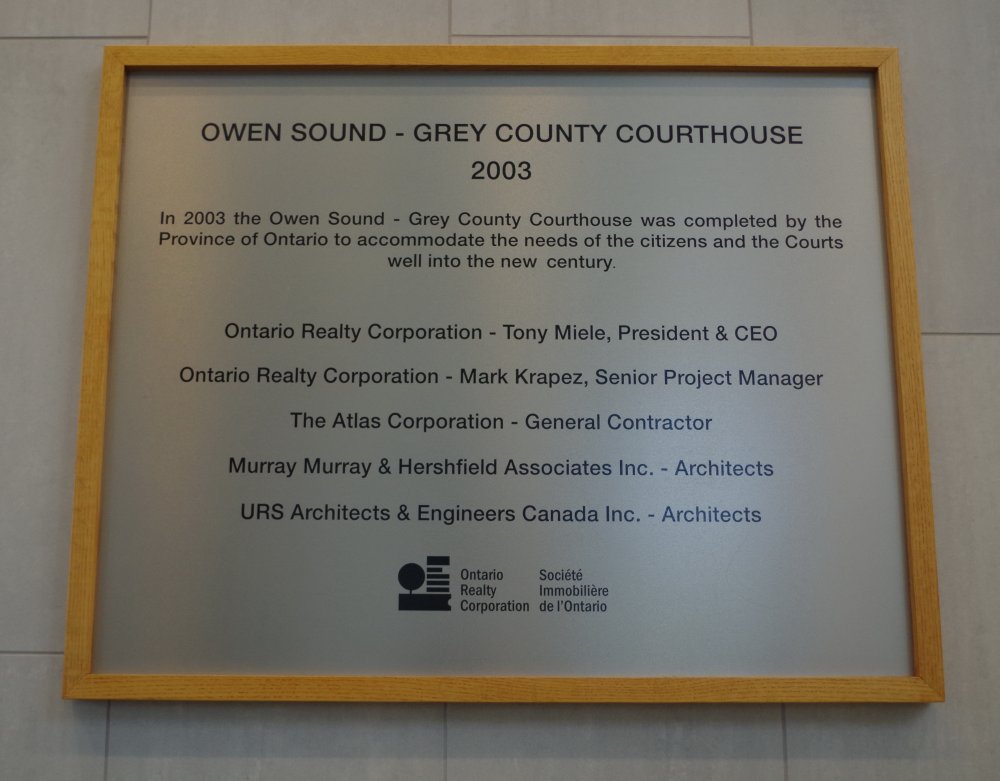 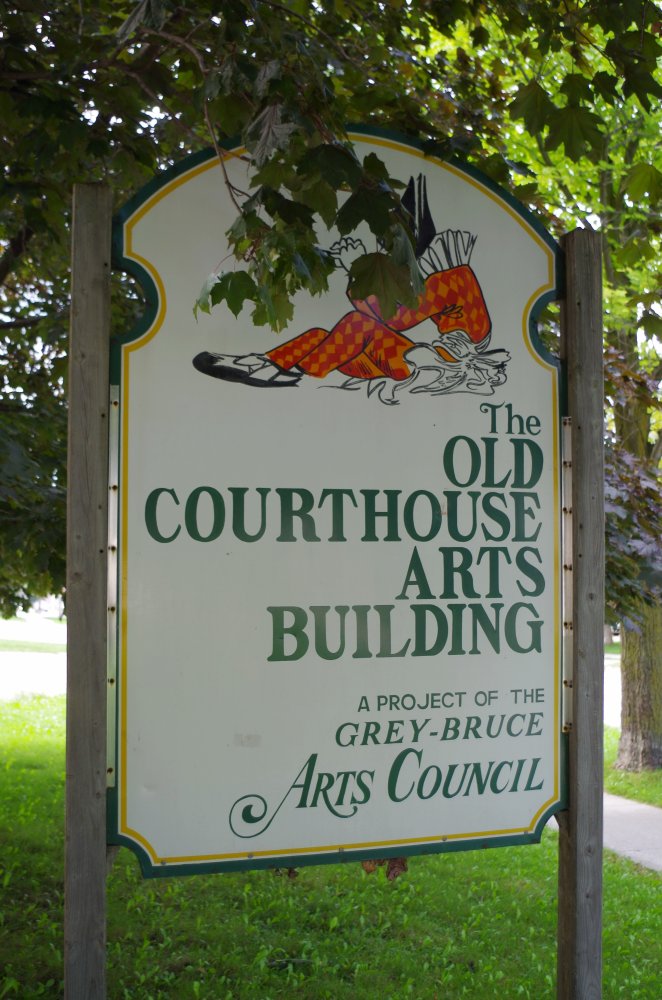 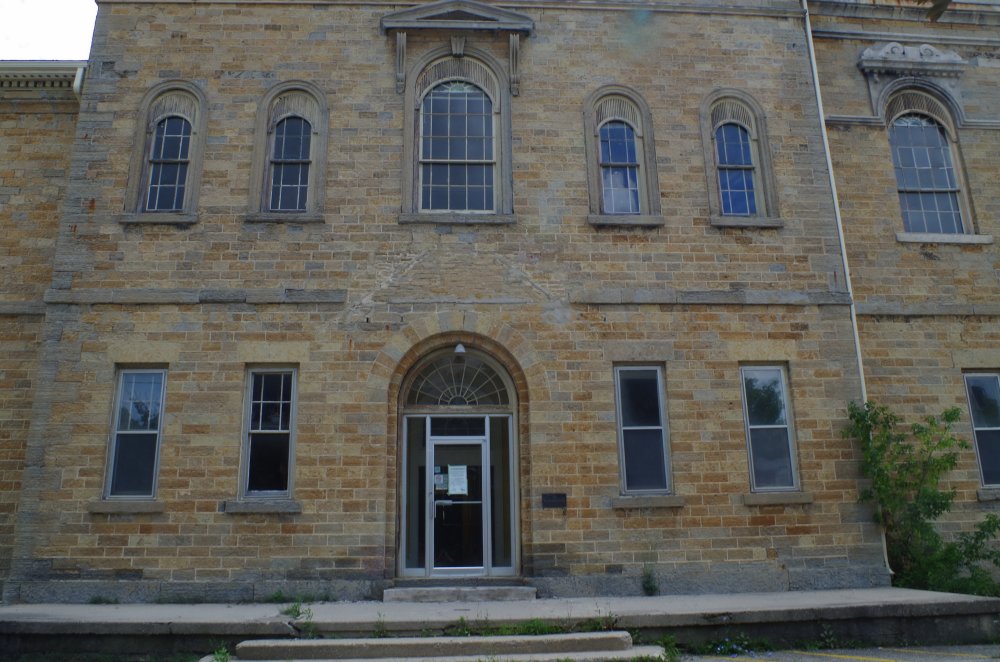 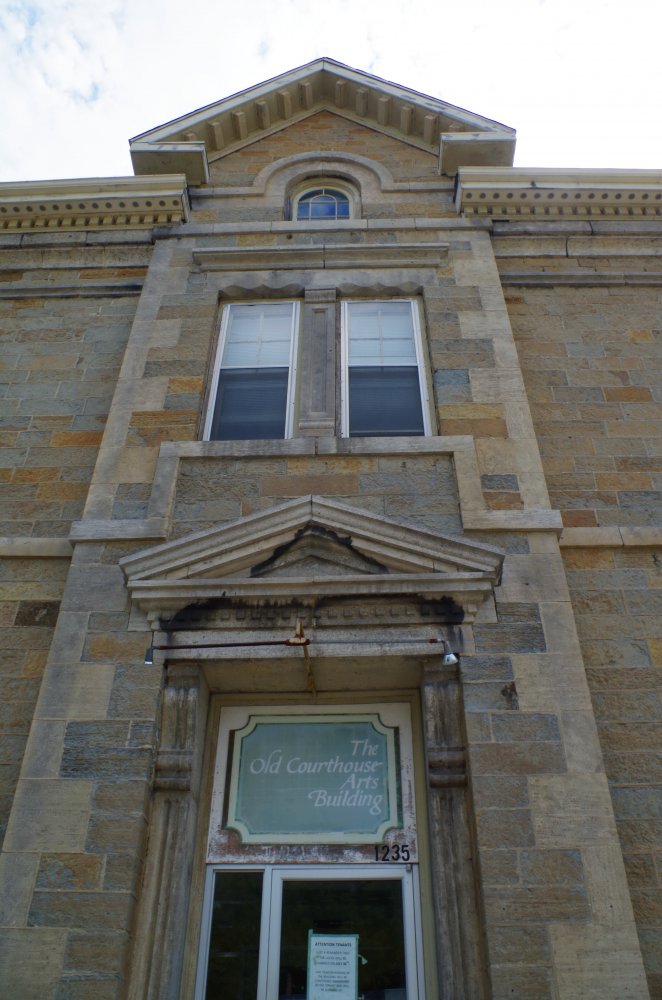 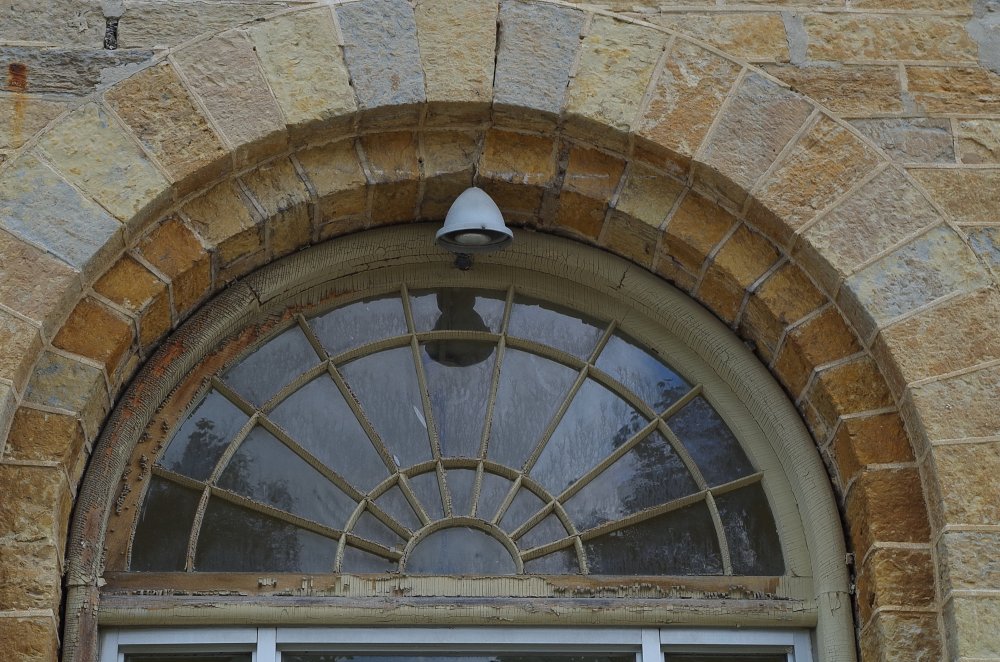 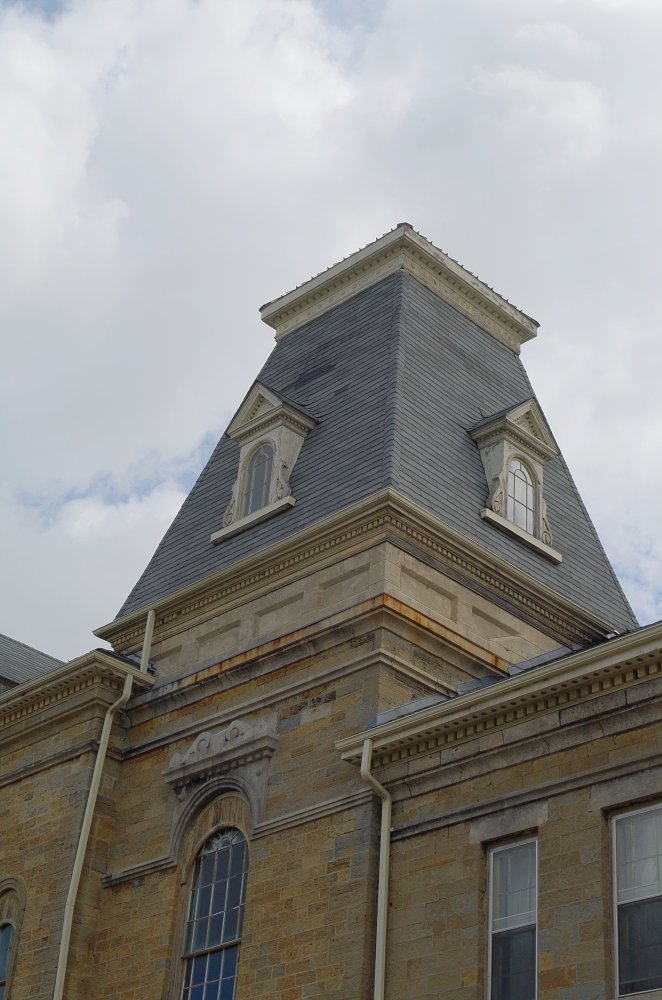