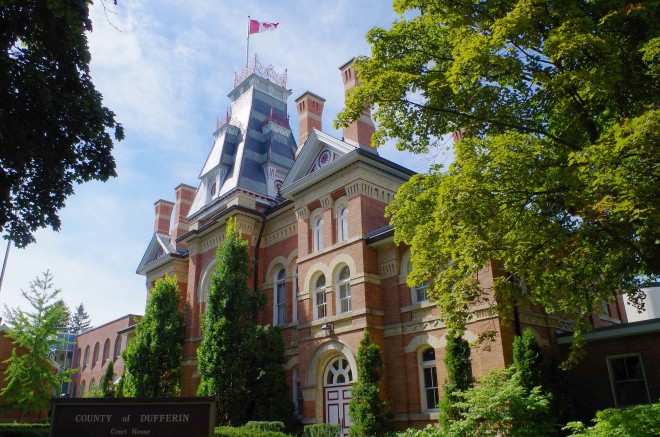 Dufferin County is named for Frederick Hamilton-Temple Blackwood, who was the first Marquess of Dufferin and Governor General of Canada.

Description:  The building faces south and is a two story red coloured brick structure. The rectangular shaped building is located on landscaped grounds with the old Registry Office on the west side and the Dufferin County Offices on the north side. The south front has a central projecting tower with large arched window on the second story and steep mansard roof with parapet at the top. On the east and west are projecting sections with entrances on the first story. The east and west sides have wings which are lower in height. White coloured brick is used along the roof line. White coloured brick and stone frames the doors and windows.The building houses the Superior Court of Justice and the Ontario Court of Justice. A modern addition was designed by D E Skinner and constructed by Weren Brothers Company Limited in 1973 along the north side. Remodeling was completed in 1986 to 1987. The architect was W M Salter and the contractor was Robertson-Yates Corporation. The addition was expanded in 2009 to 2011. The architect was Parkin Architects Limited and the contractor was Bertram Construction. 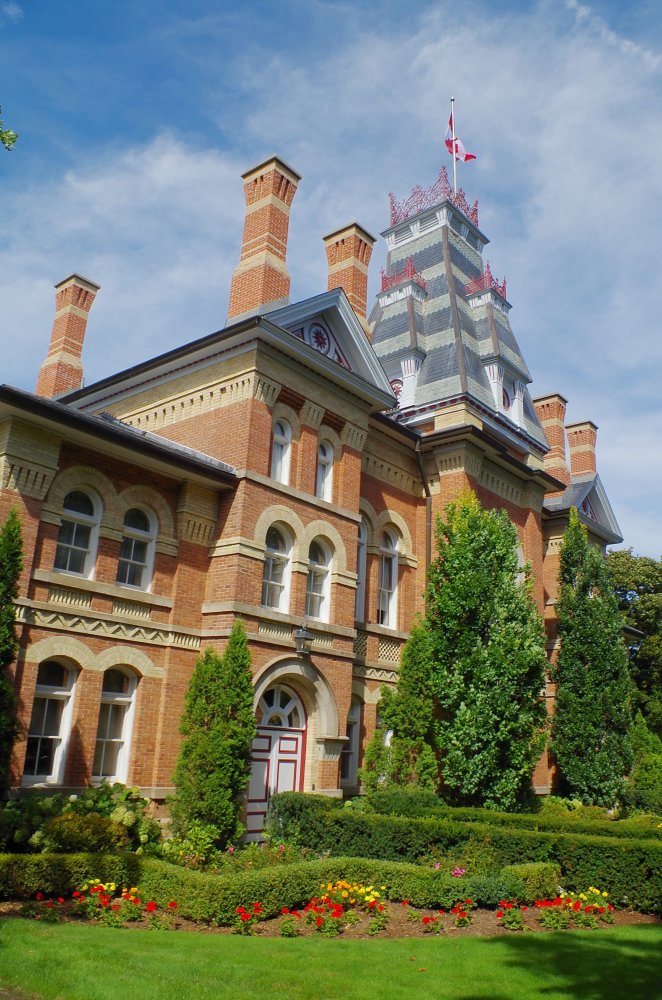 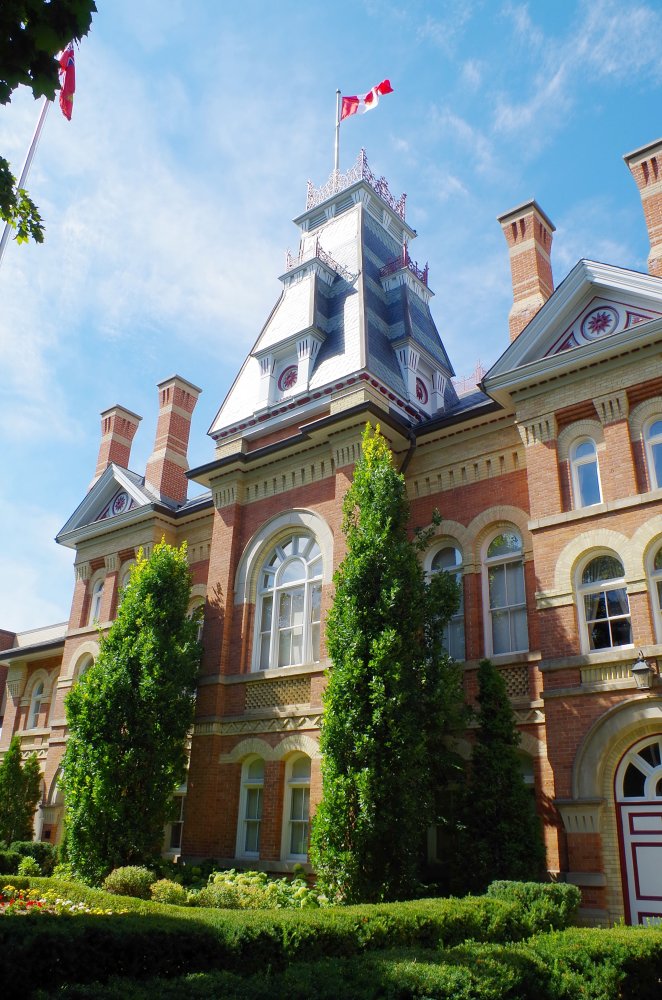 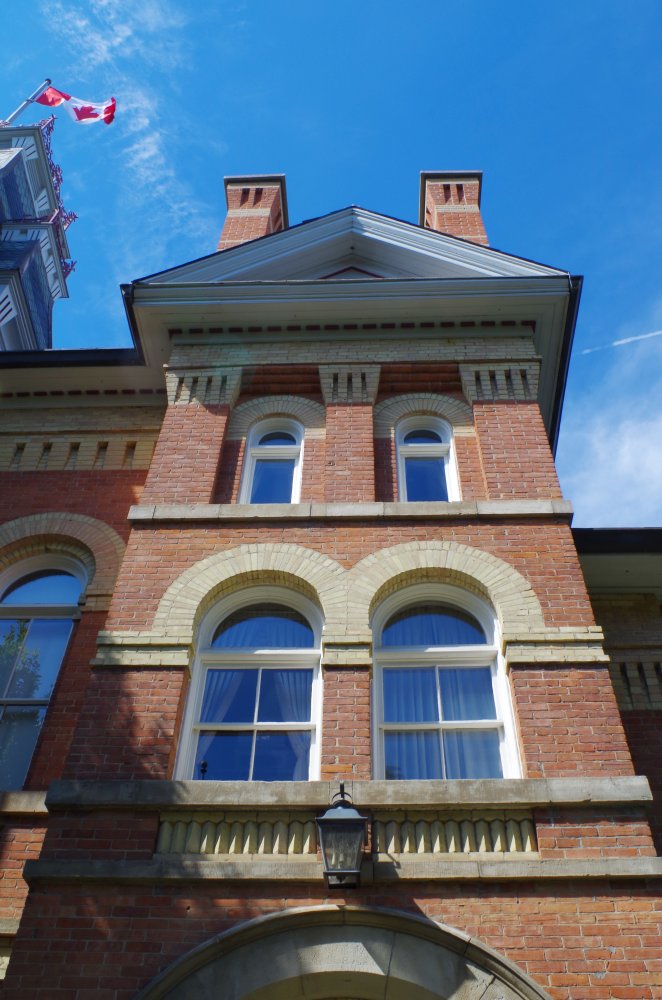 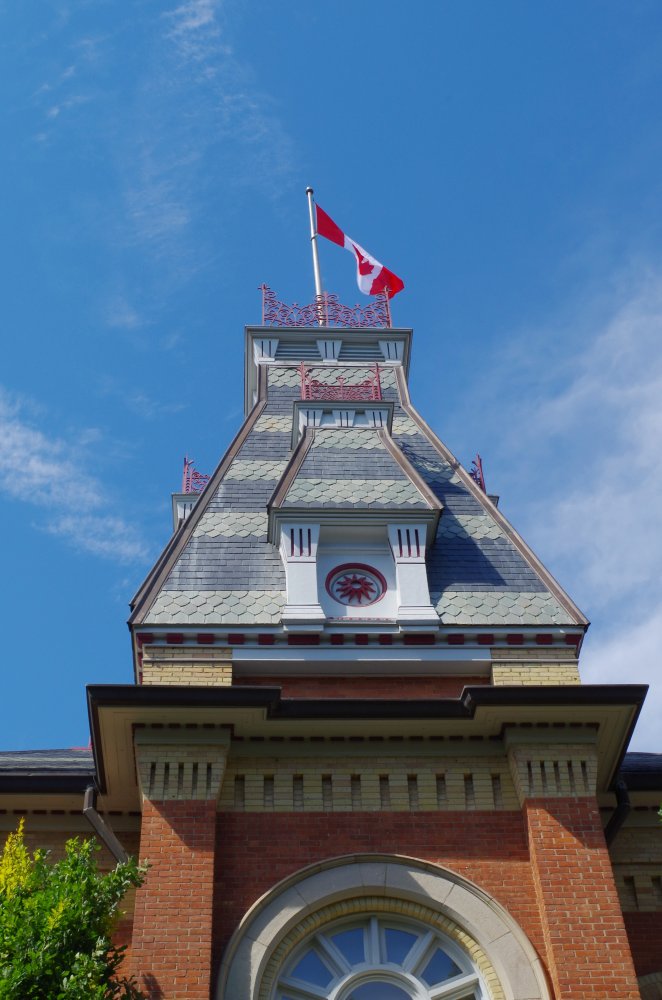 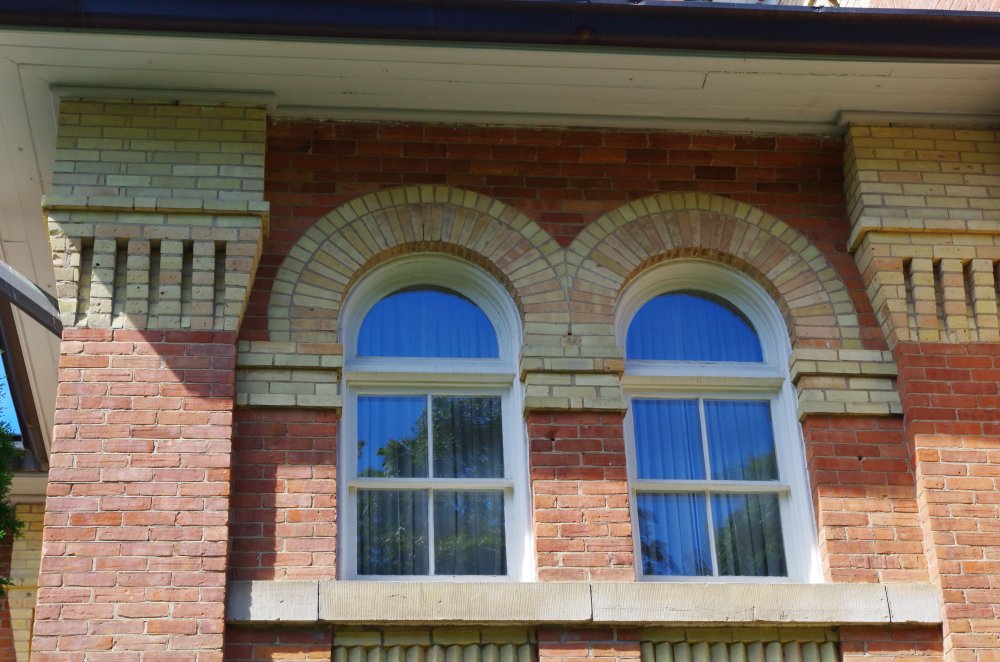 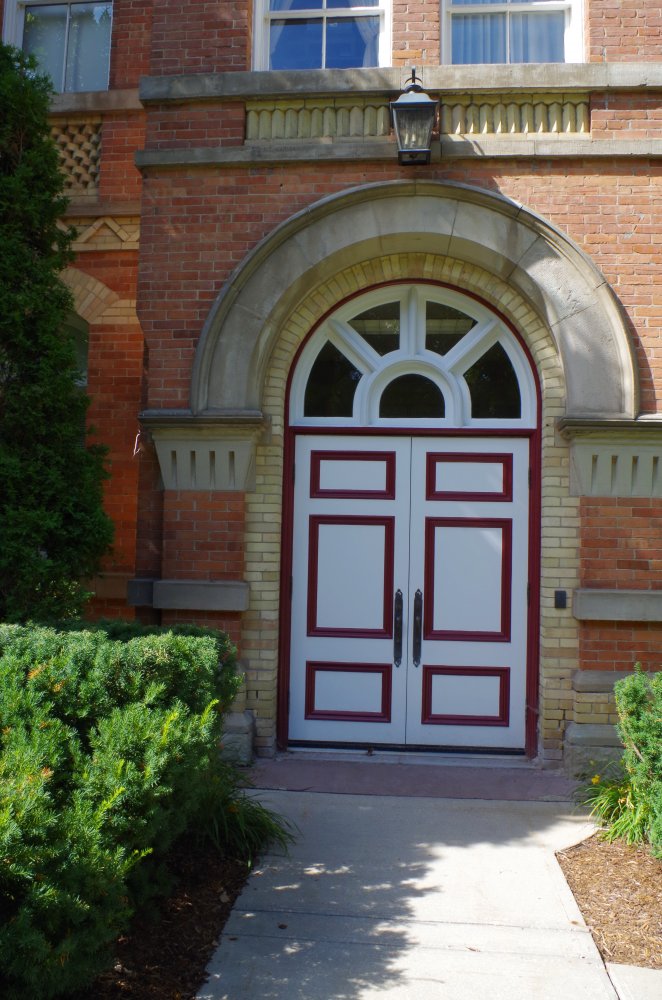 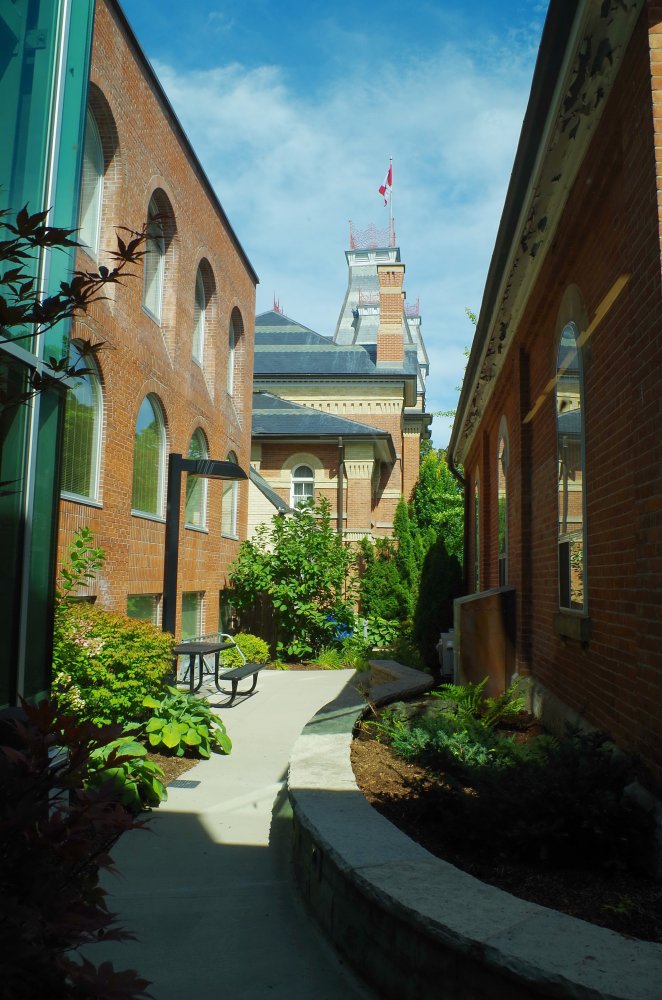 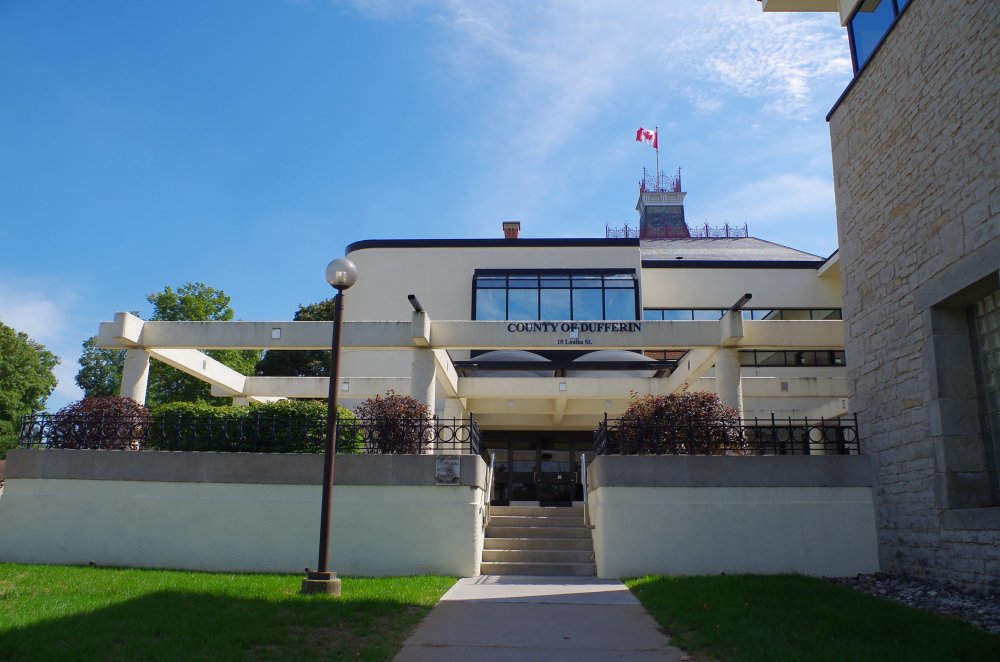 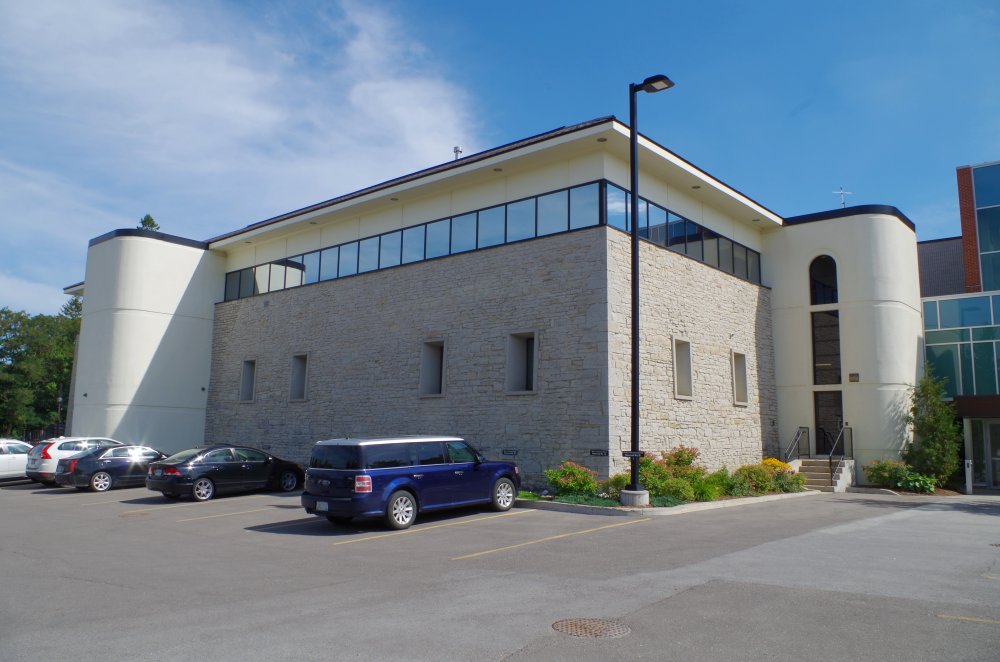