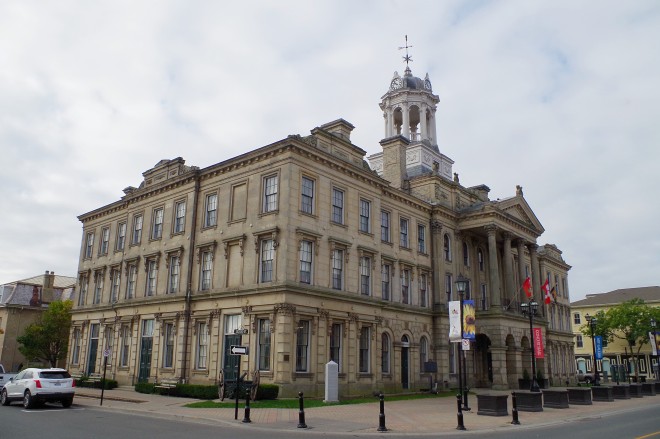 Description:  The building faces east a three story cream coloured stone structure. The north front has a large portico with three arches on the first story and four columns on the second story with pediment above. On the roof is a high white coloured cupola. The building is named as the Victoria Hall and houses the City Hall. To the south at 77 Albert Street is the old red coloured brick Jail constructed in 1906. 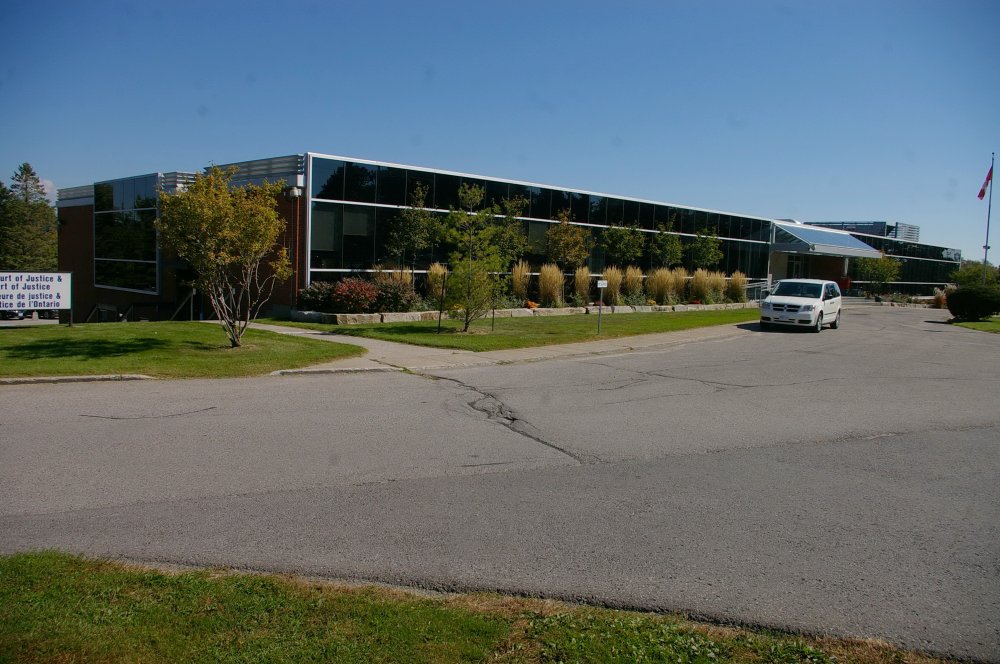 Description:  The building faces southwest and is a two story red coloured brick, glass and concrete structure. The southwest front has a central recessed entrance on the second story with glass canopy. The building houses the Superior Court of Justice. 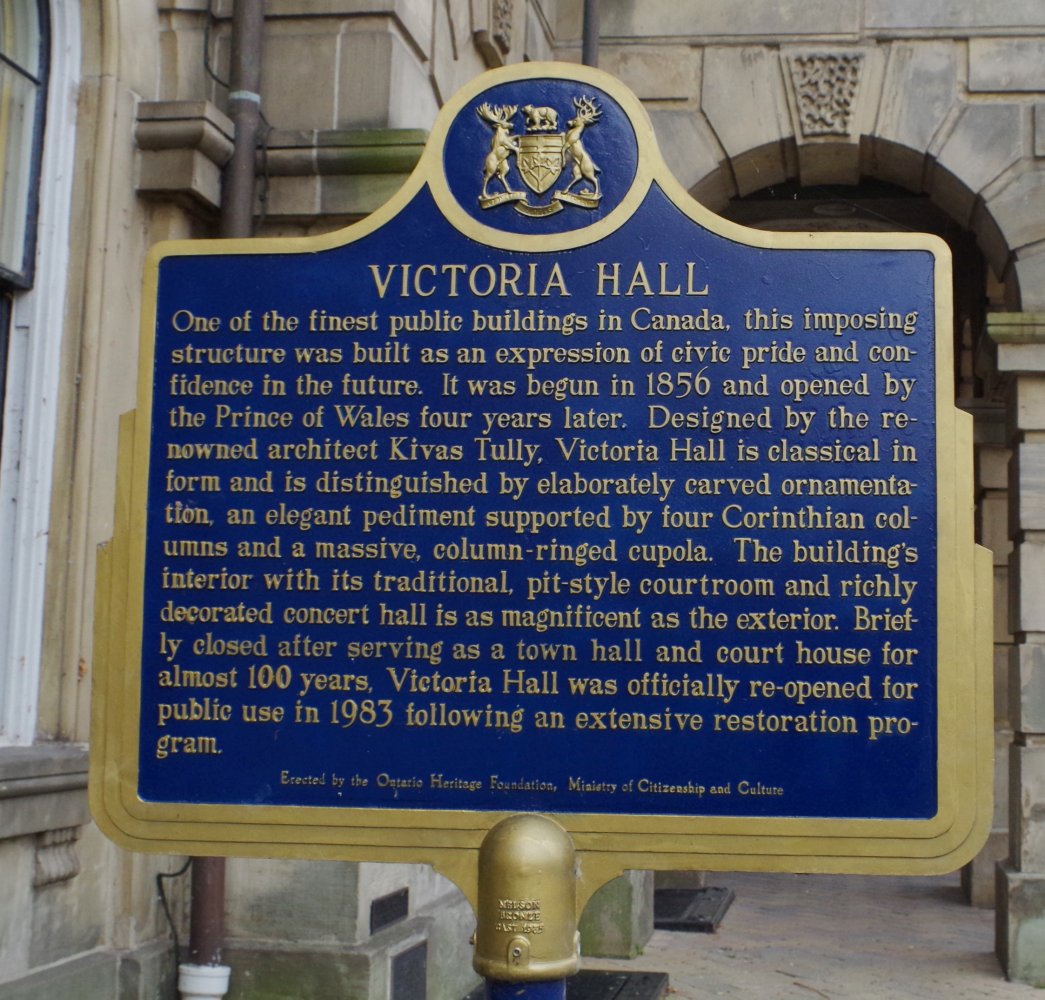 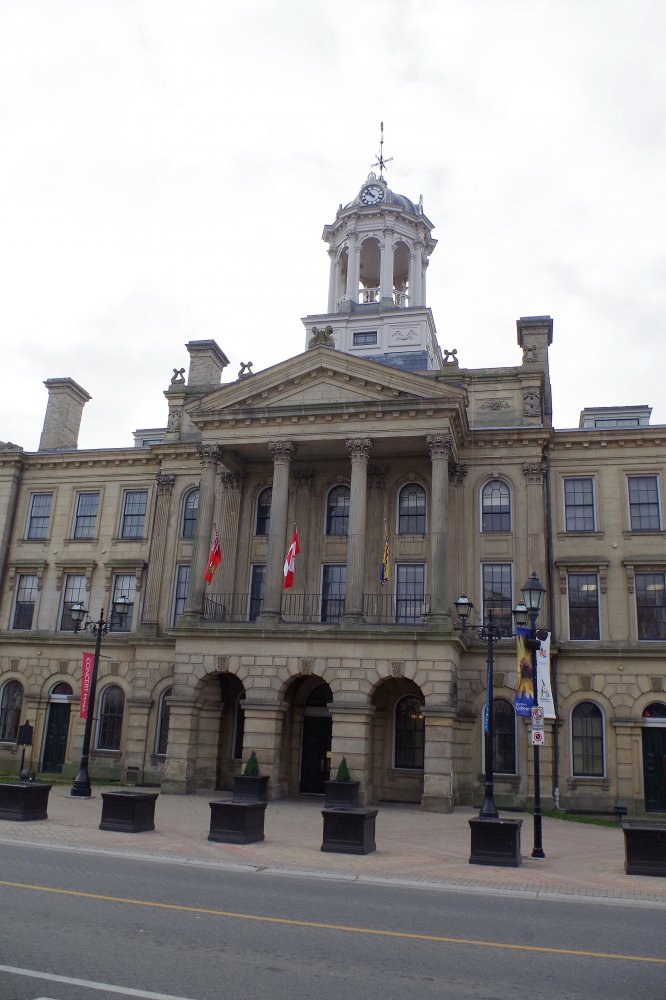 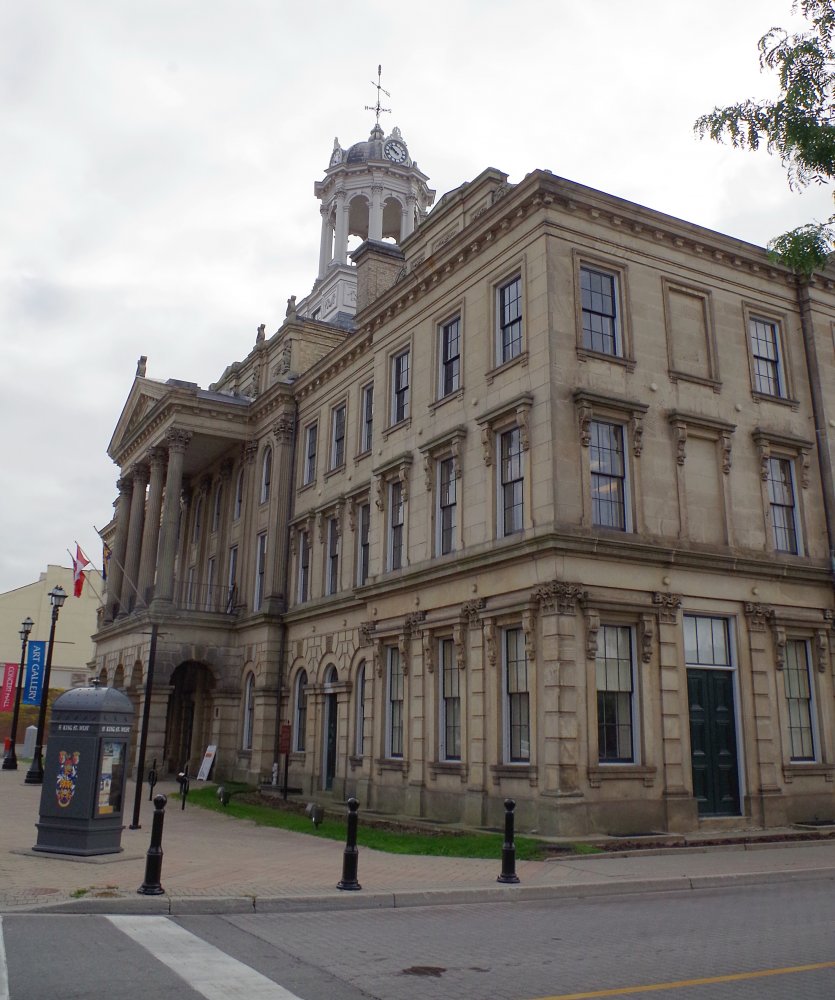 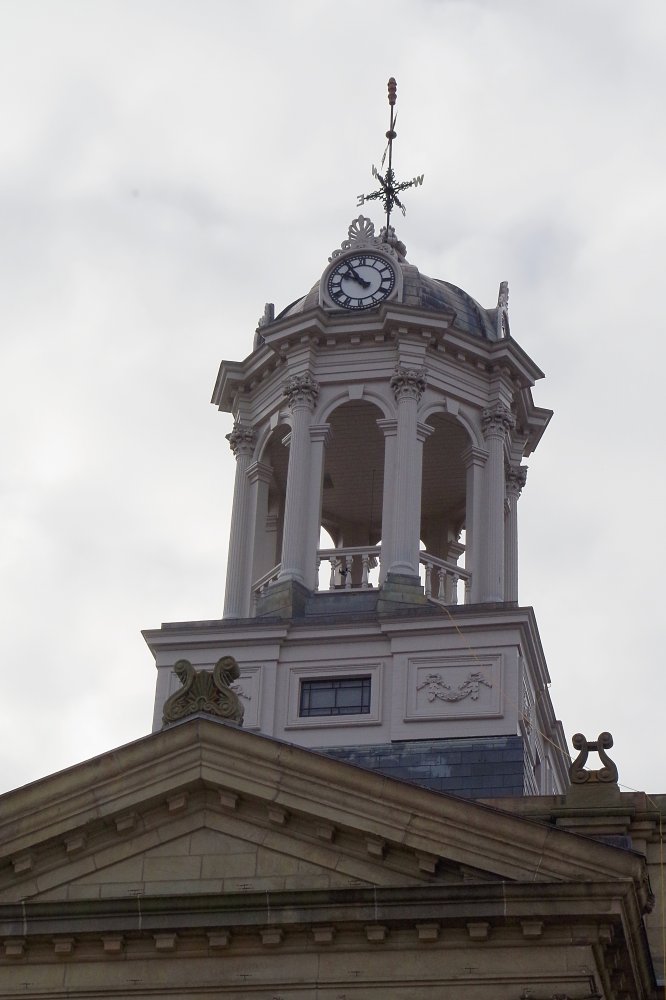 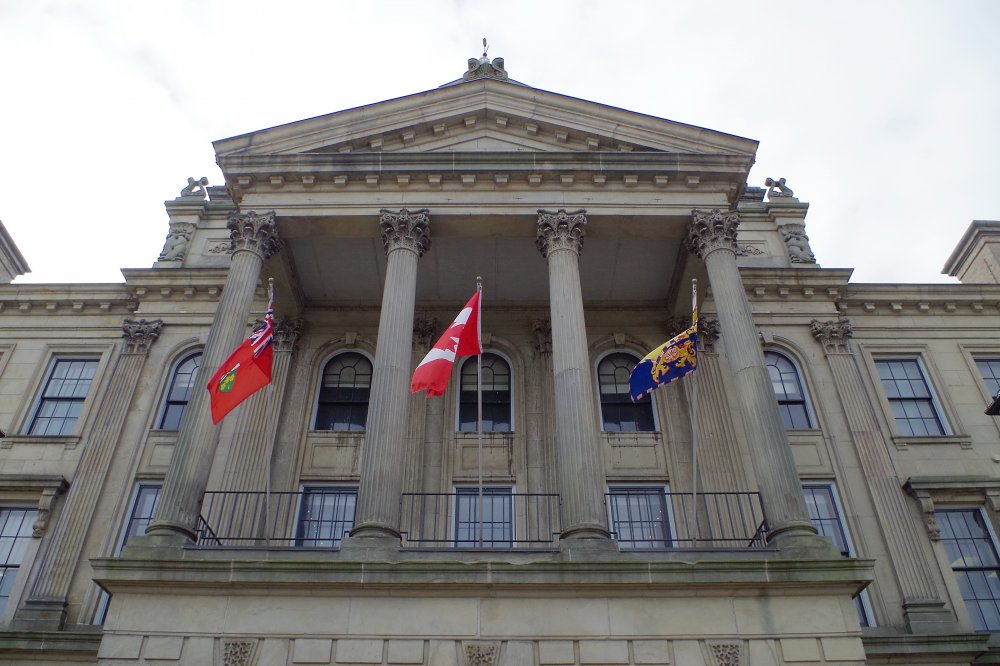 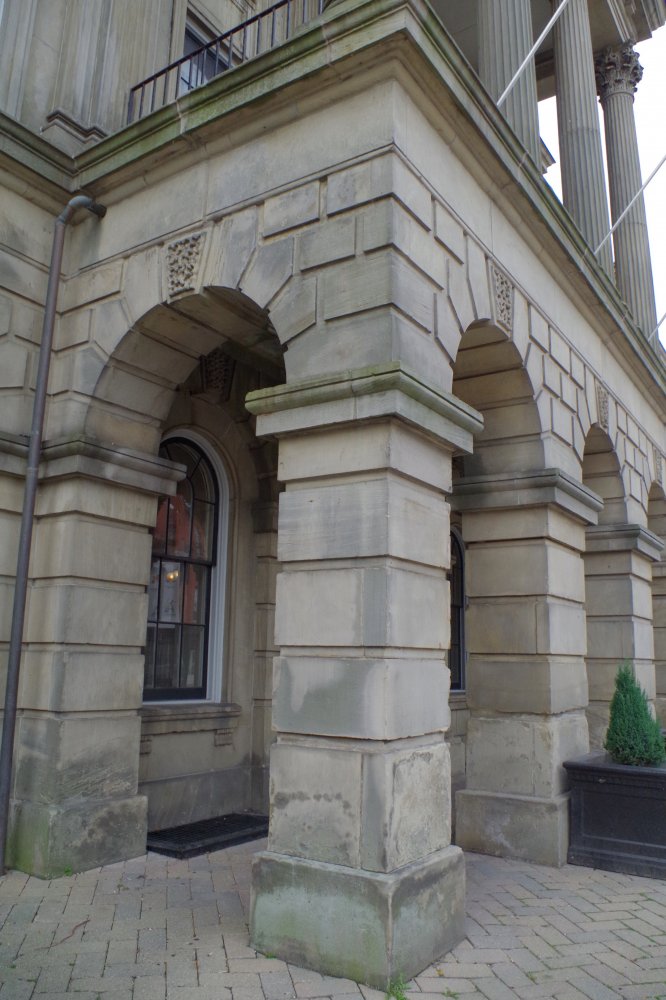 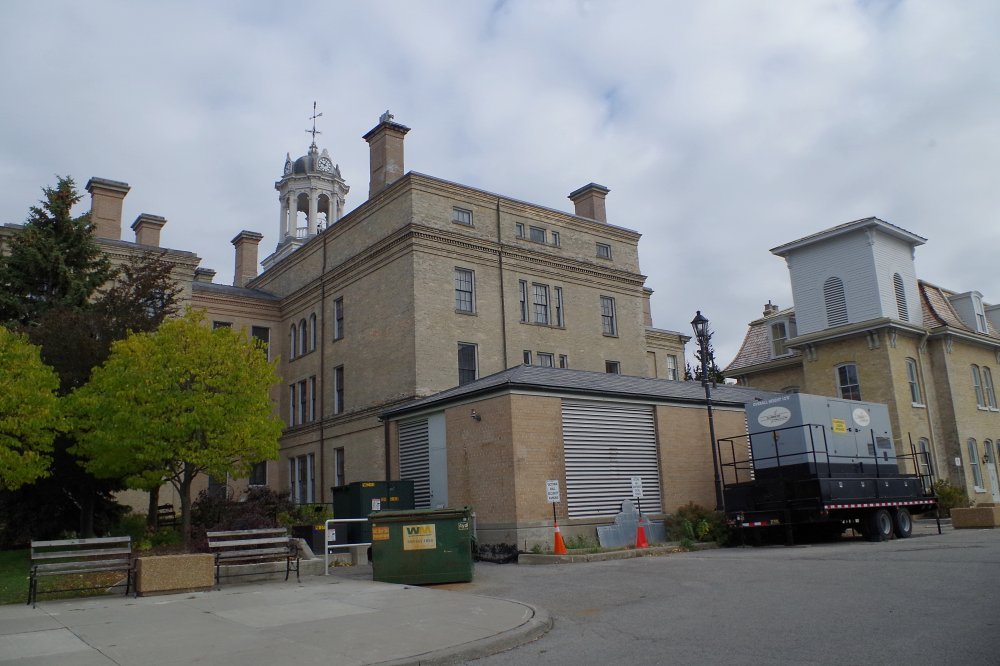 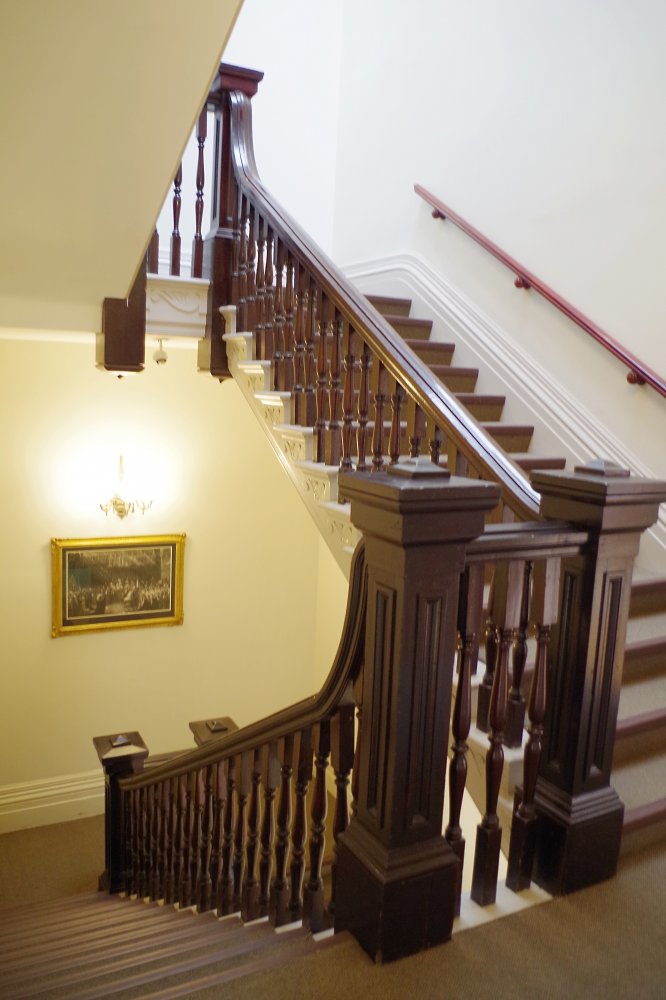