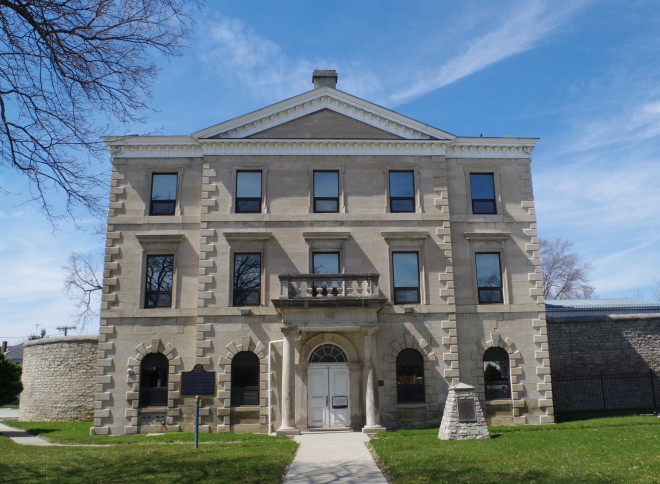 Chatham-Kent County is named for Chatham in England which name was derived from “ceto” anf “ham” meaning “forest settlement”, and for Kent County in England.

Description:  The building faces south and is a three story buff grey coloured limestone structure. The building is located on landscaped grounds. The south front has a central entrance with balustraded balcony above. At the roof line is a pediment. There are arched windows on the upper stories. On the centre of the roof is a round cupola with black coloured dome. The building is connected to the former courthouse on the north side. 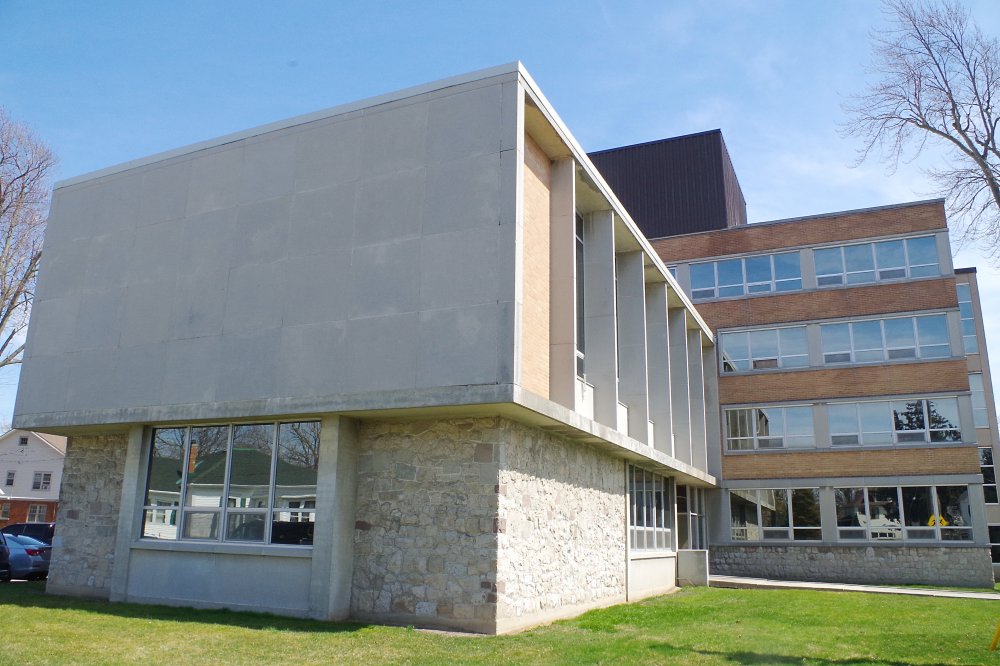 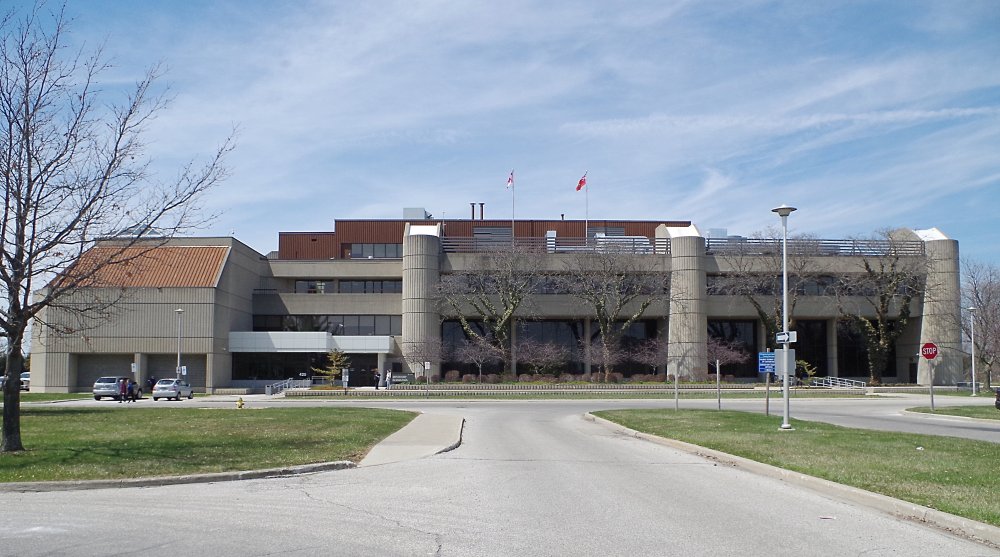 Description:  The building faces south and is a three story glass and concrete structure. The building is located on landscaped grounds. The south front has three vertical concrete towers with recessed glass walls on the first and second stories. The third story has horizontal windows. On the west side is a concrete section with sloped copper coloured roof. The entrance on the west side of the front has a one story projecting section. The roof line is flat. The building was originally constructed as the Chatham County Administration and was remodeled in 2001 to 2005 tho house the Ontario Superior Court and Ontario Court of Justice. The architect was The Venton Group and the contractor was The Atlas Corporation. 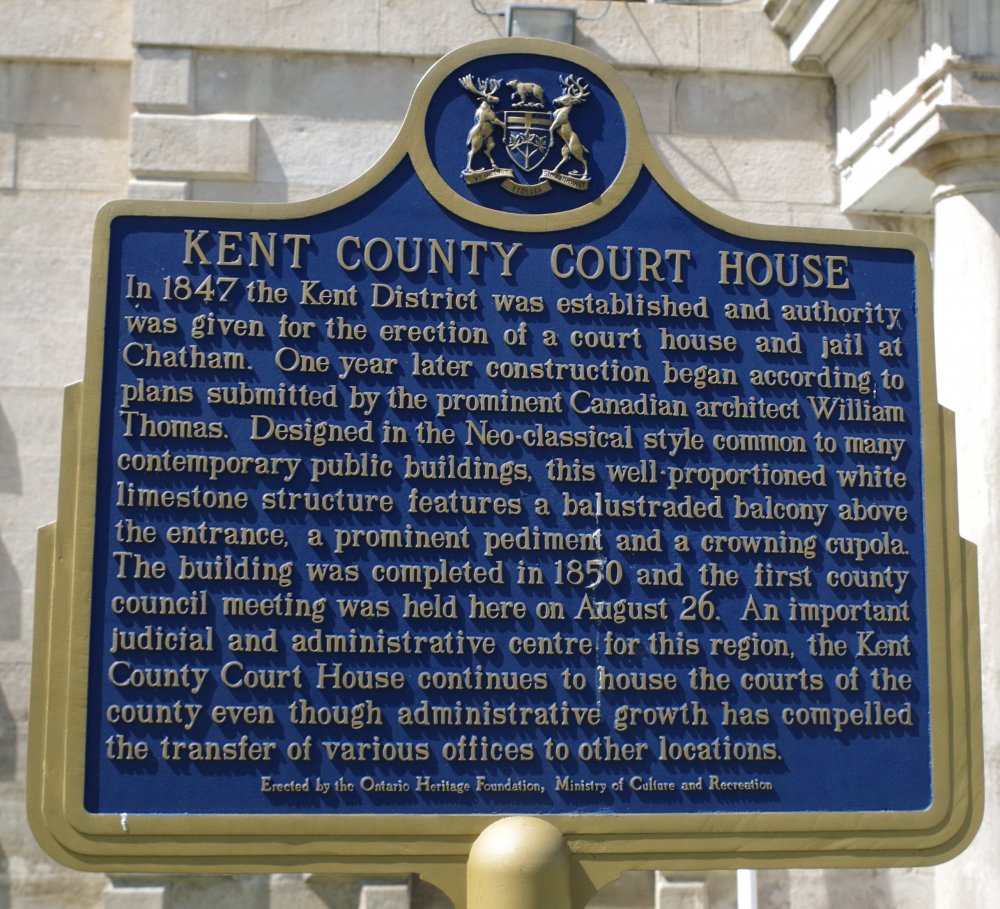 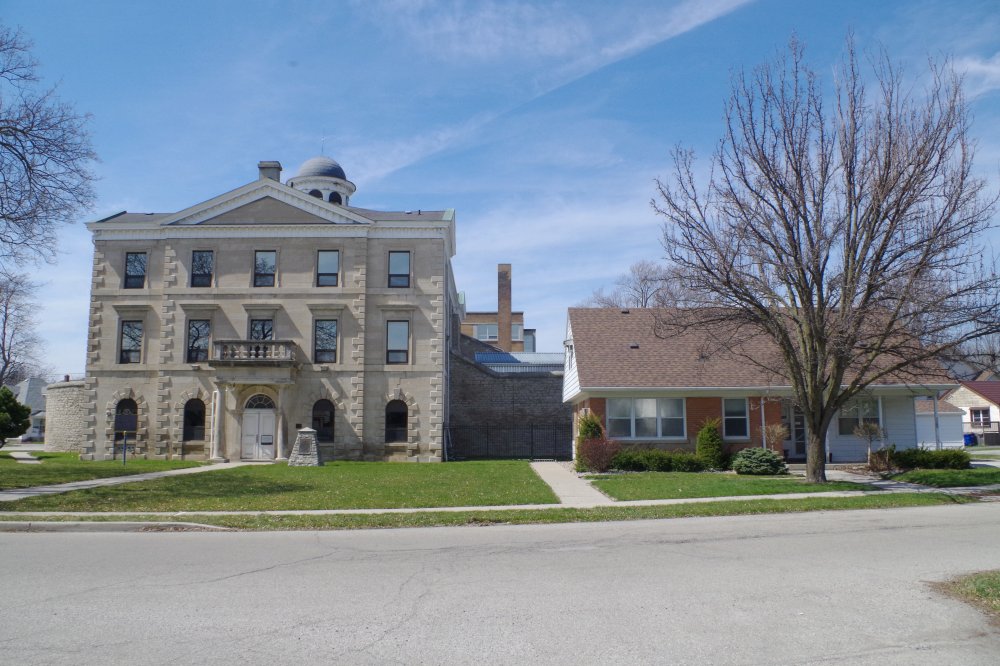 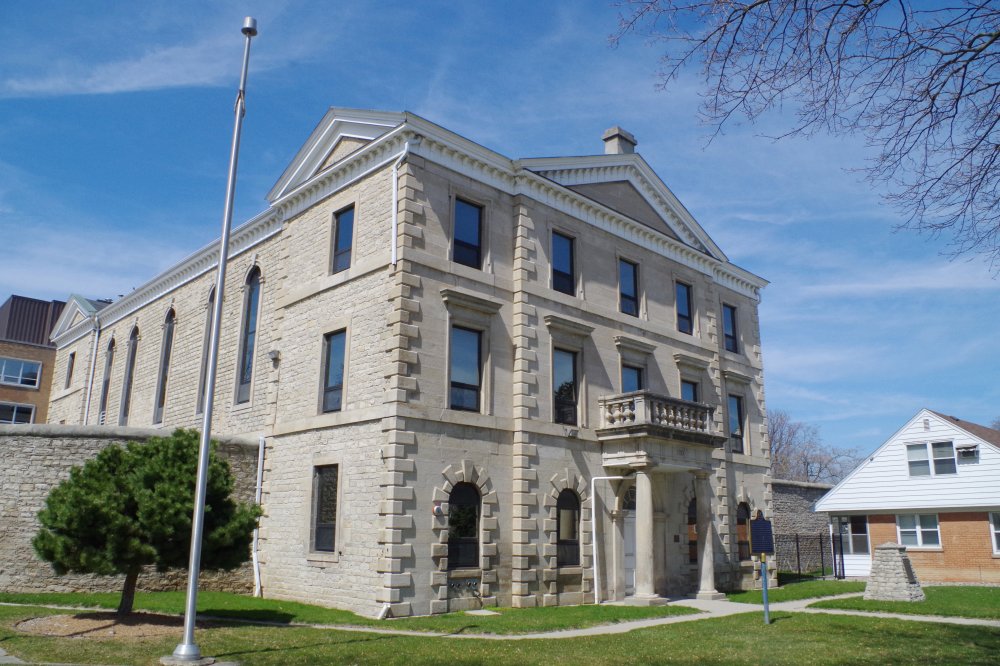 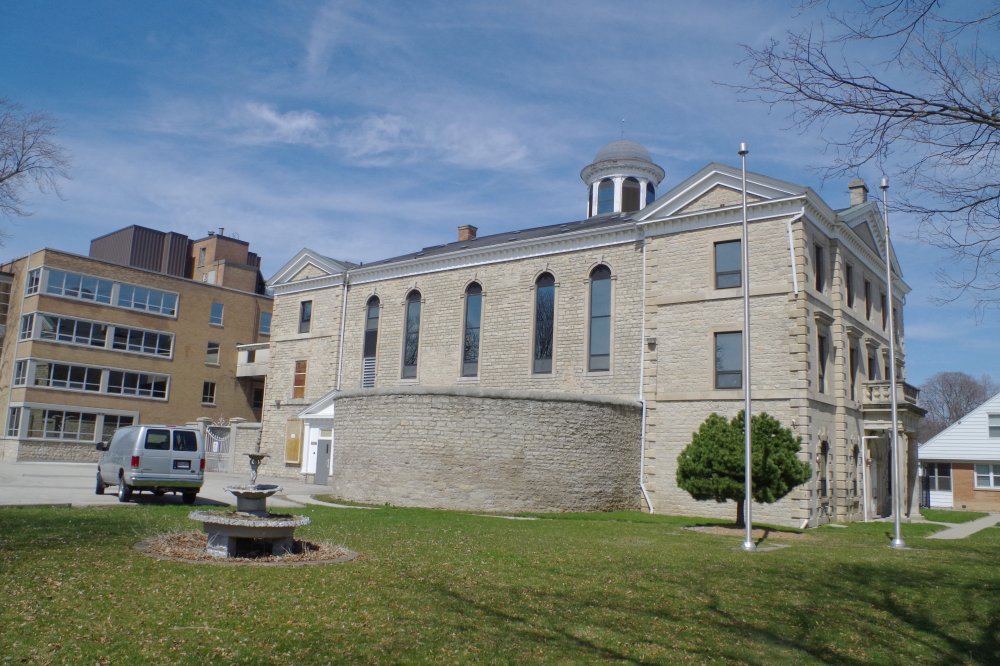 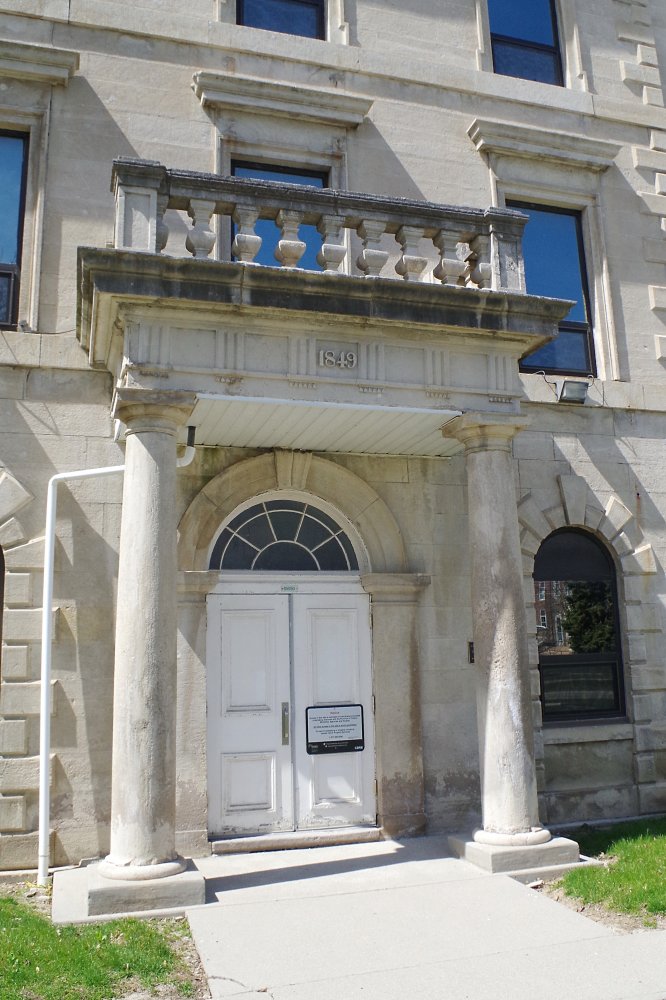 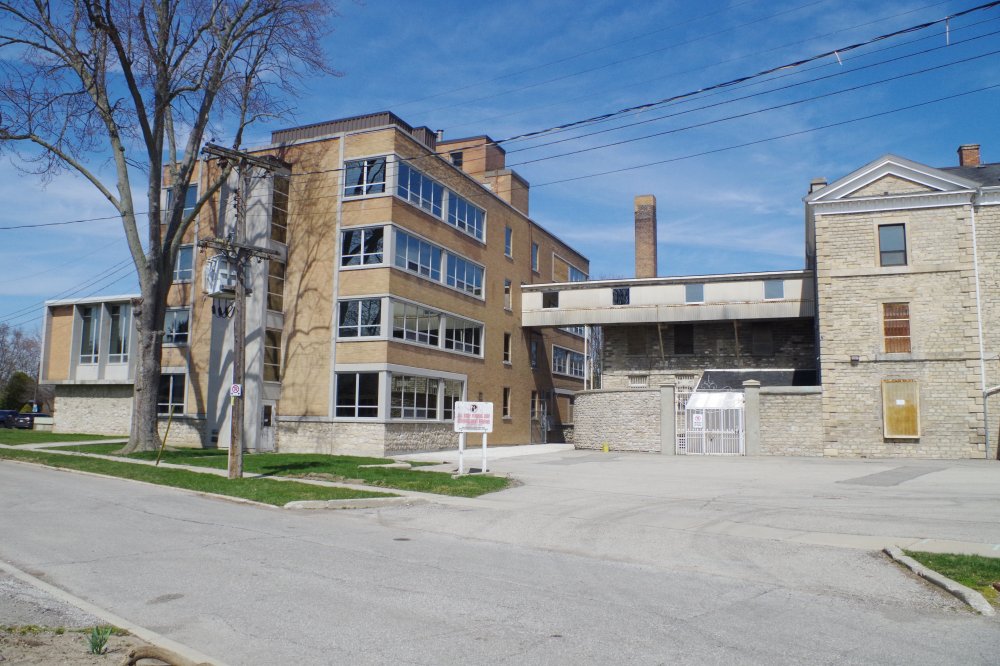