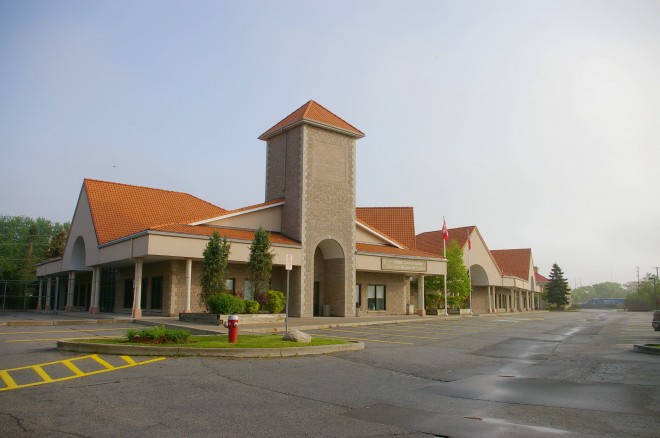 Burlington is named for the west end of Lake Ontario “Burlington Bay” named after the town of Bridington in the East Riding of Yorkshire, England.

Location:  Burlington is located in the southern part of the Province near Lake Ontario.

District:  Halton Region is named for William Halton, who was the Secretary to the Upper Canada provincial Lieutenant Governor Sir Francis Gore.Halton County became the Regional Municipality of Halton in 1974.

Description:  The building faces east and is a one story buff coloured brick and concrete structure. The east front has a high central tower with large arch and recessed entrance. The hipped roof has red colored tiles. The building houses the Ontario Court of Justice ( Criminal ).

See:  The Superior Court of Justice is located at Milton 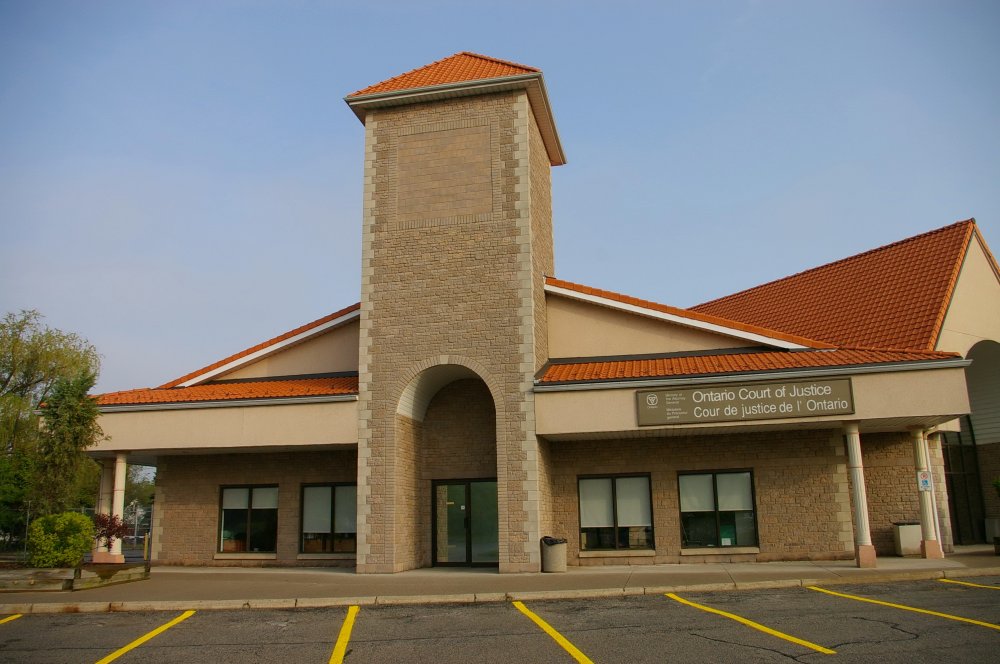 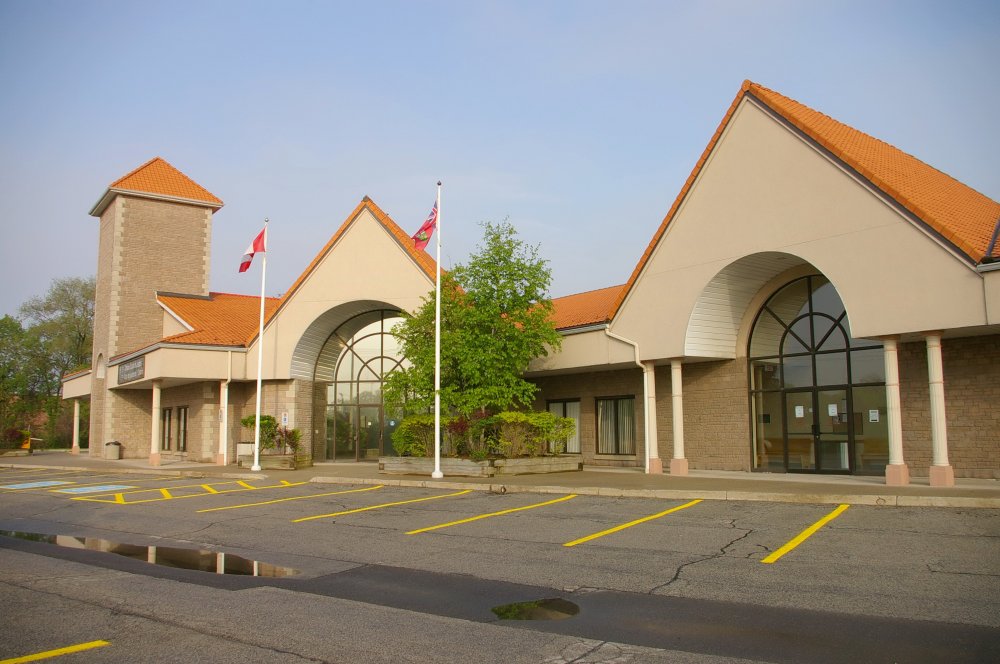