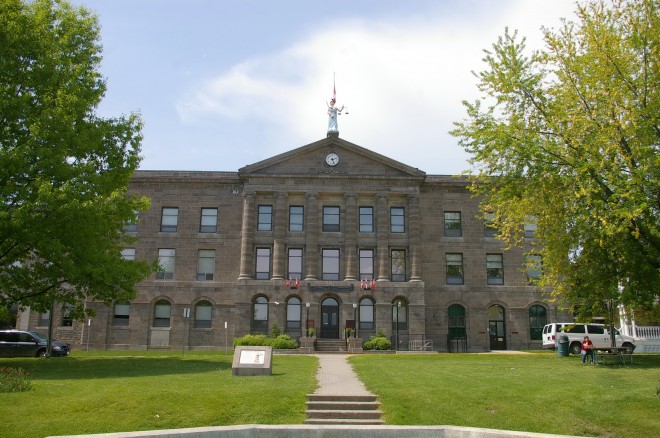 Description:  The building faces southeast and is a three story brown colored stone structure. The building is located on landscaped grounds of the Courthouse Green sloping eastwards in the centre of the city. The southeast front has a projecting centre section with arched entrance and windows on the first story. Six Ionic columns rise from the second story to the top of the third story with pediment and clock above. At the top is a statue. The centre section is flanked by two identical wings. The west wing was added in 1888, while the Gaoler’s House on the east side was built in 1898.The building was named as the Johnstown District Courthouse and the building houses the Superior Court of Justice. 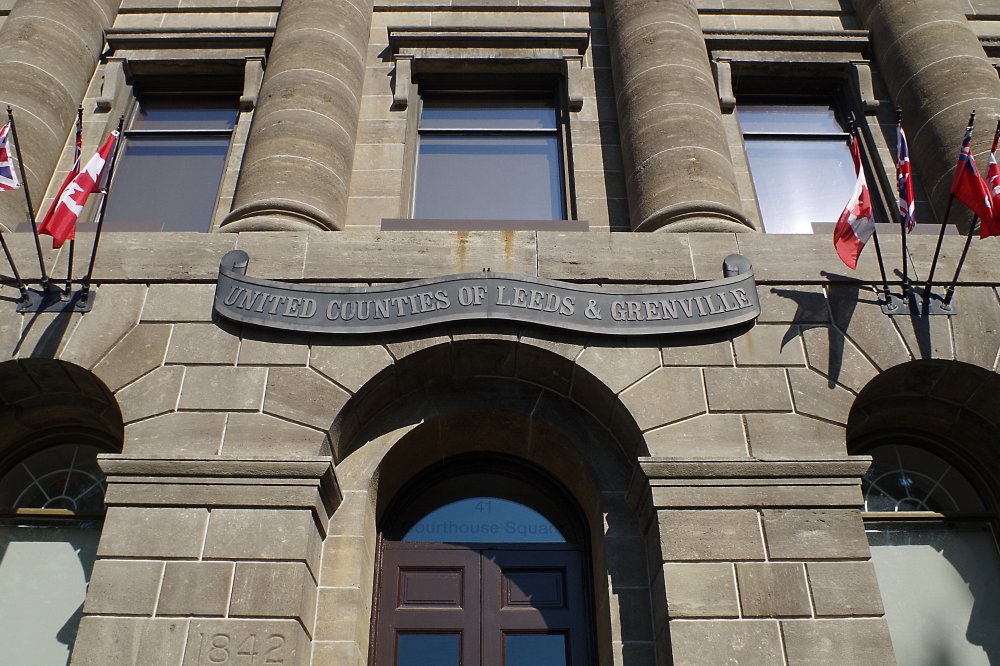 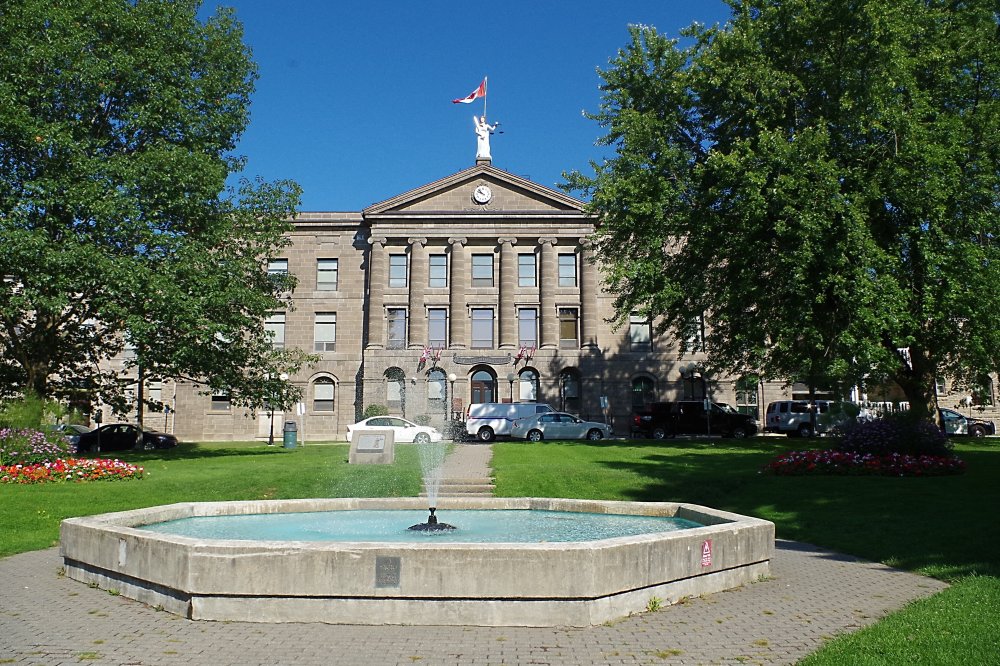 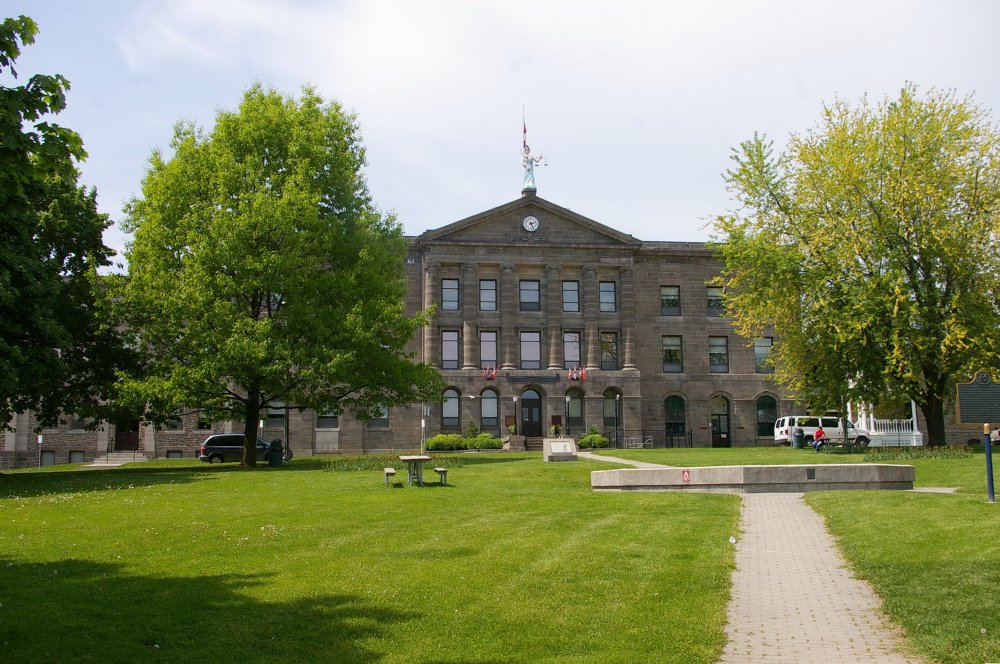 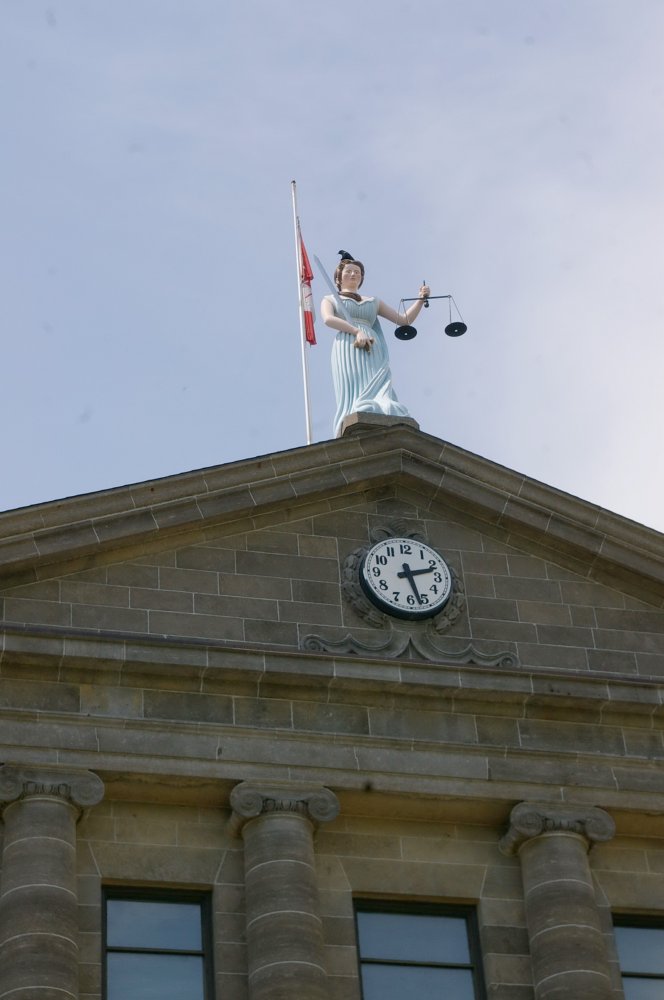 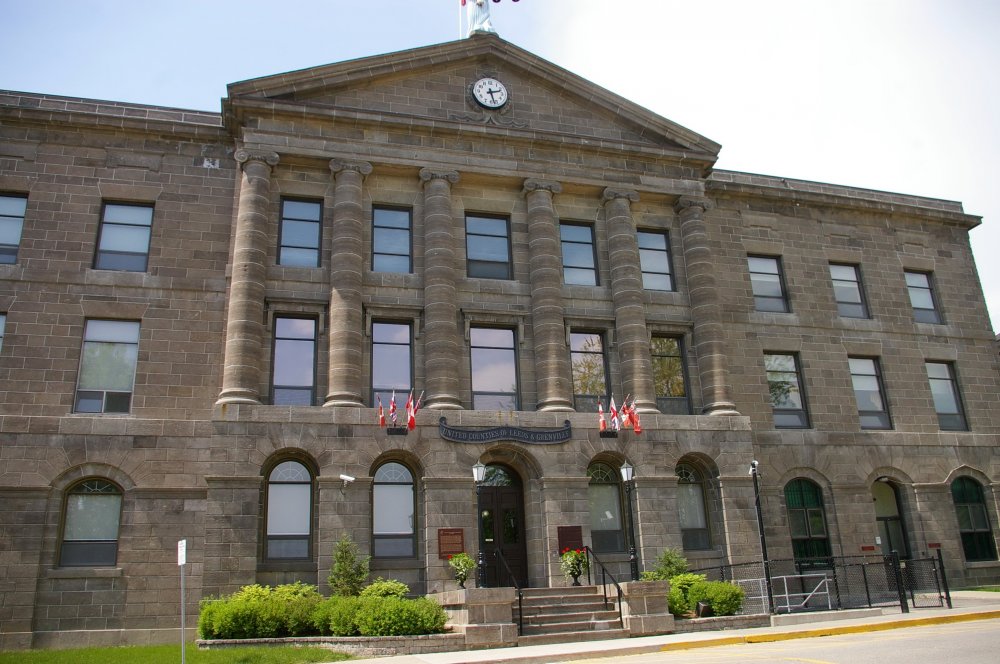 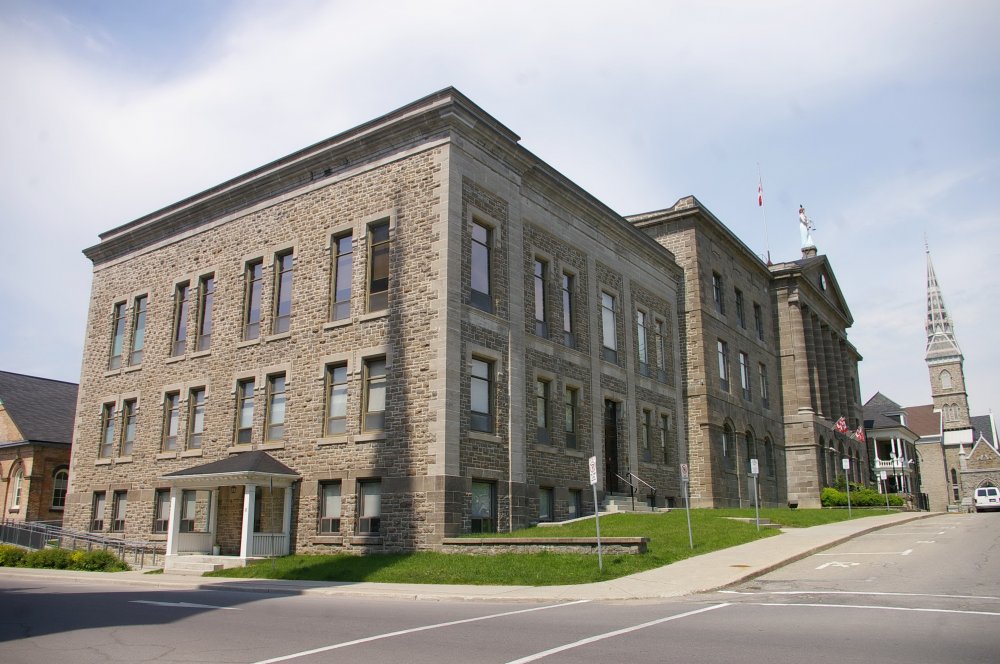 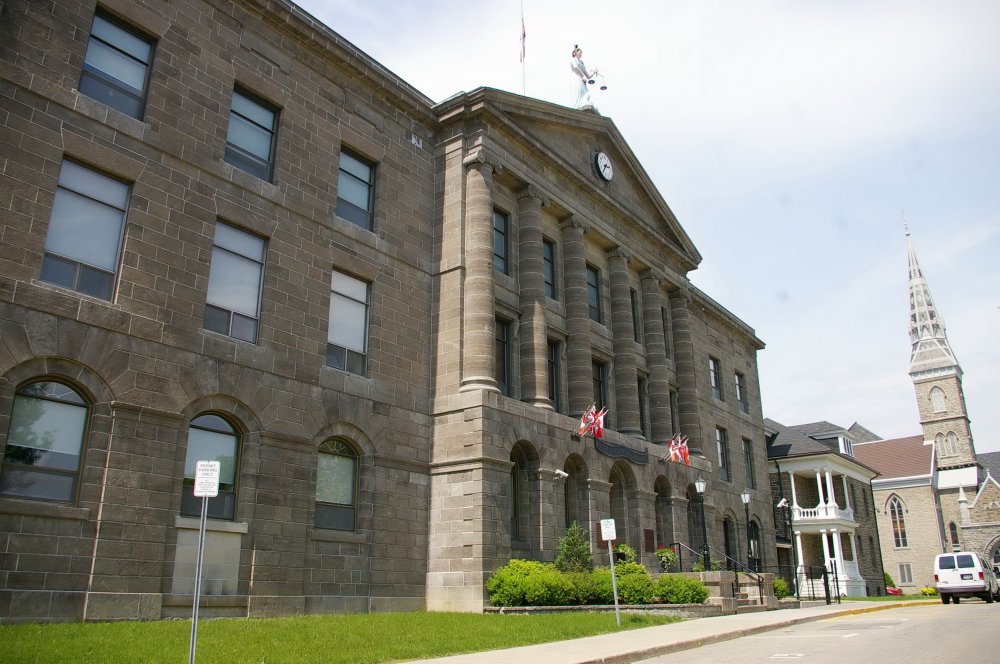 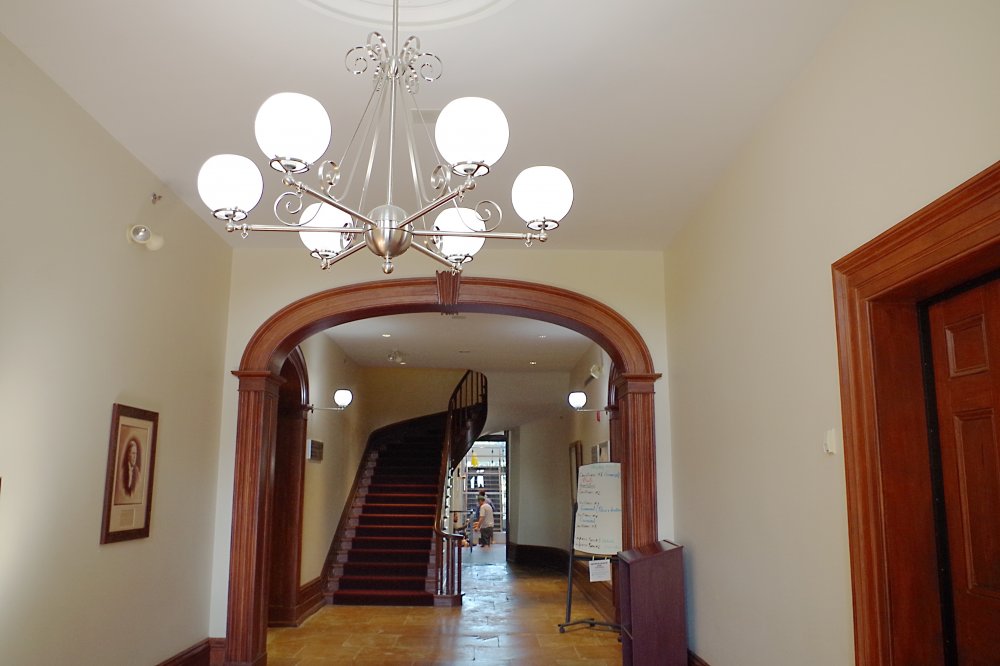