Description:  The building faces southwest and is a three story orange-brown coloured brick, stone and concrete structure. The building is located on spacious landscaped grounds. The southwest front has a temple front fascade consisting of four ionic columns supporting a brick pediment. The central entrance is arched. A horizontal cornice runs between the first and second stories and below the roof line.The foundation is course stone and the roof line is flat. The building houses the Superior Court of Justice and the Ontario Court of Justice.

History:  The first building used for the court in 1860 was the Eamatinger House referred to as the Old Stone House, which was the residence of Sheriff W H Carney. In 1866, the first courthouse was built on Queen Street at Elgin Street at a cost of $20,000. The building was torn down in 1919 to make way for the second and present courthouse constructed in 1919 to 1922. 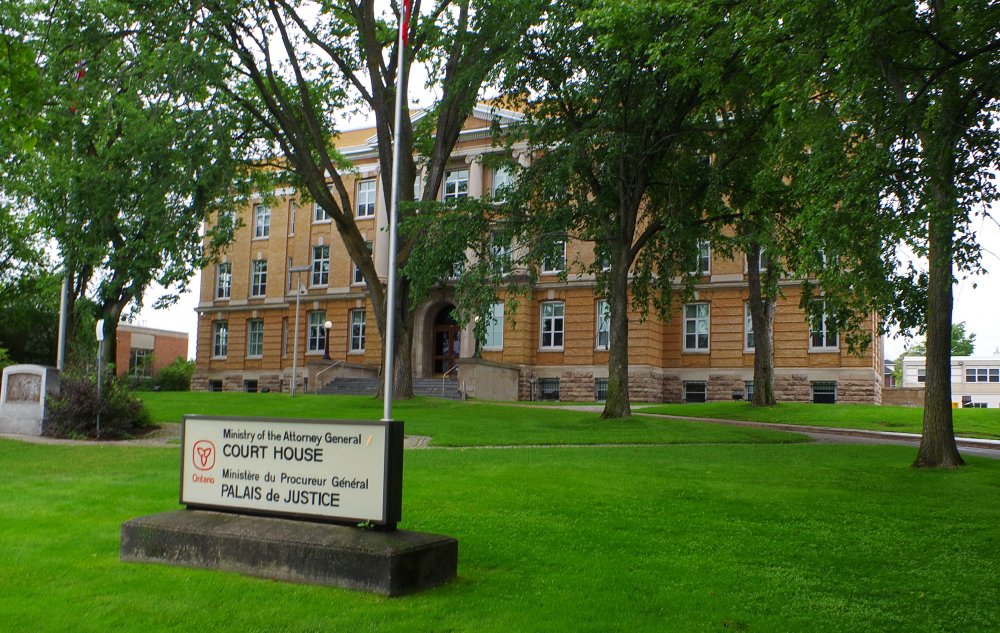 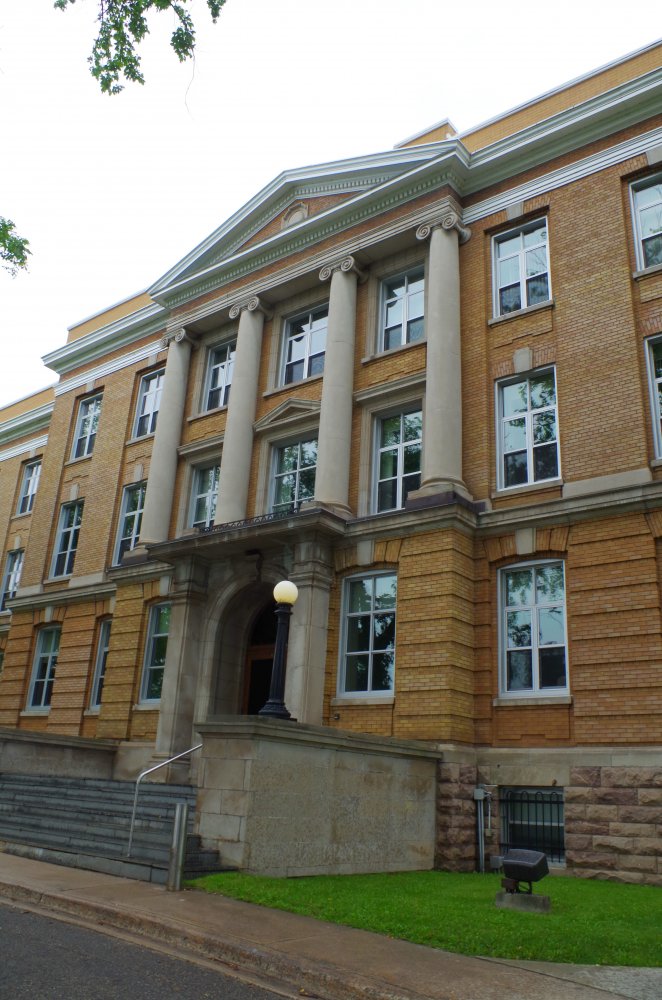 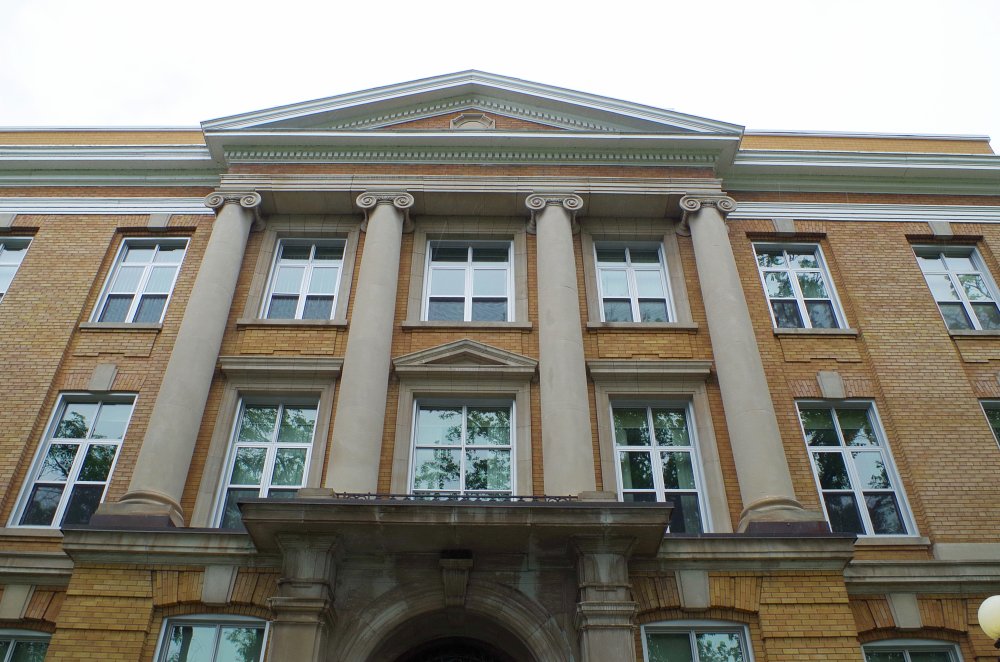 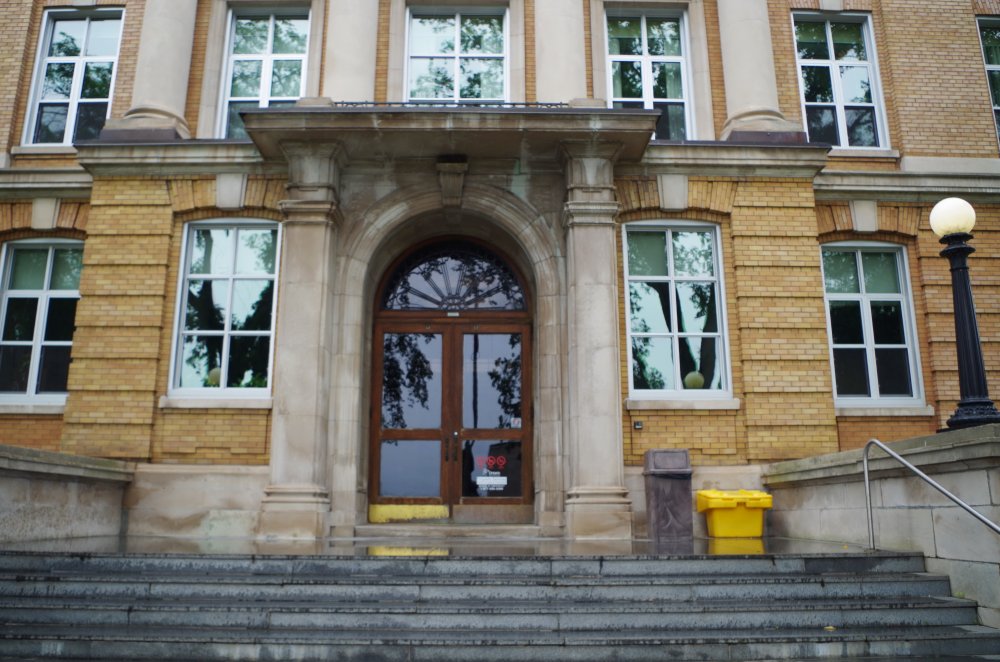 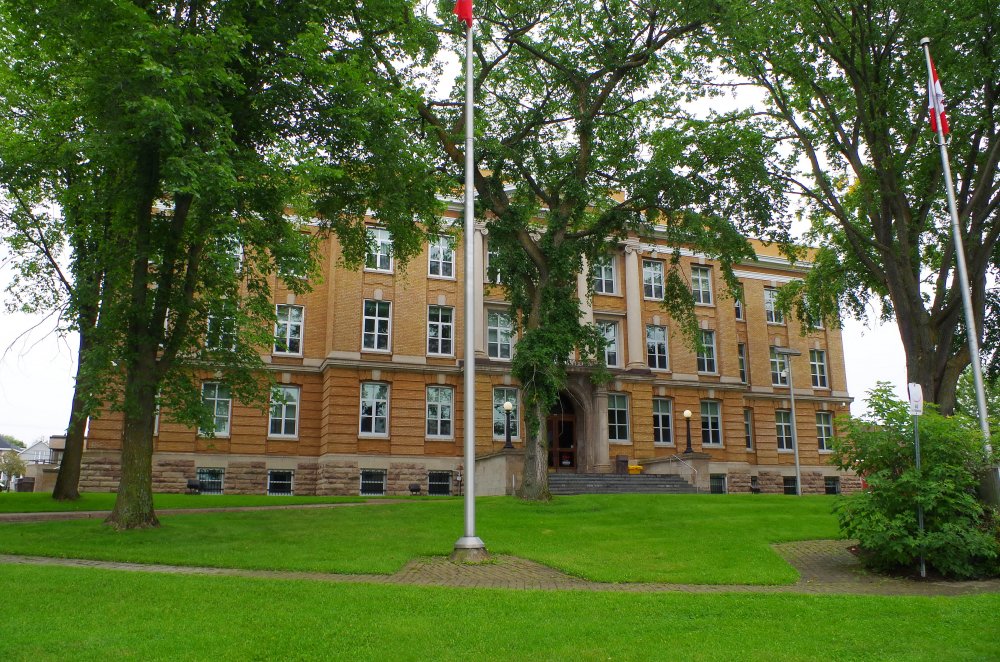 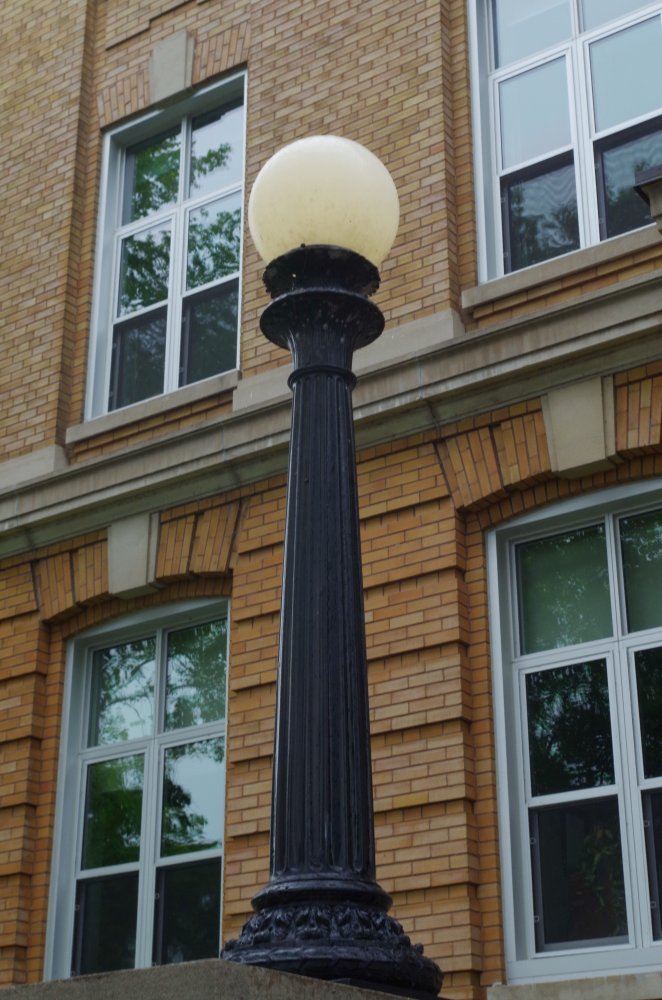 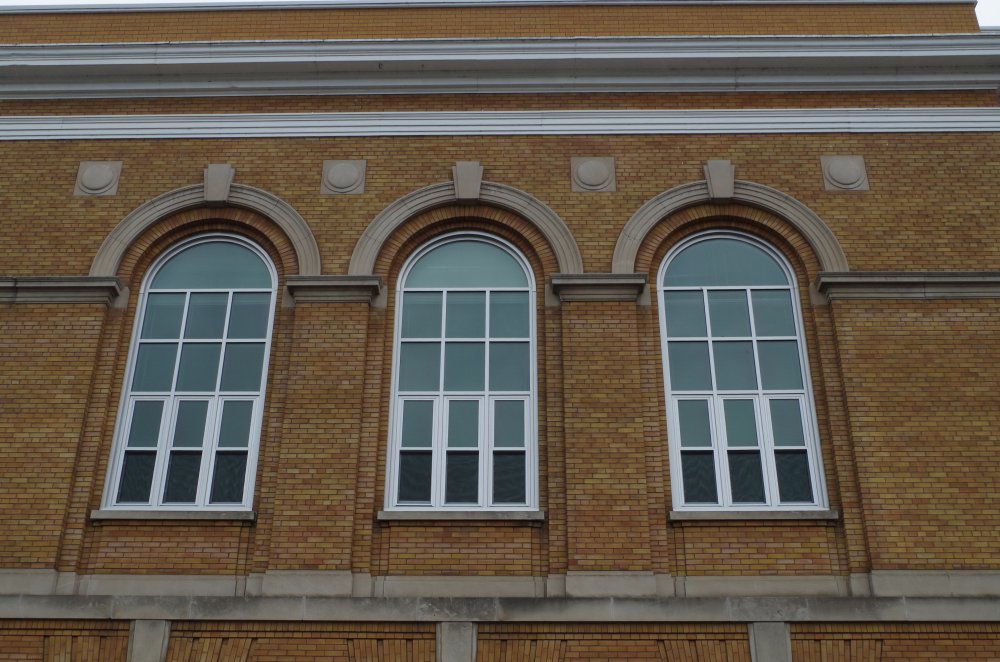 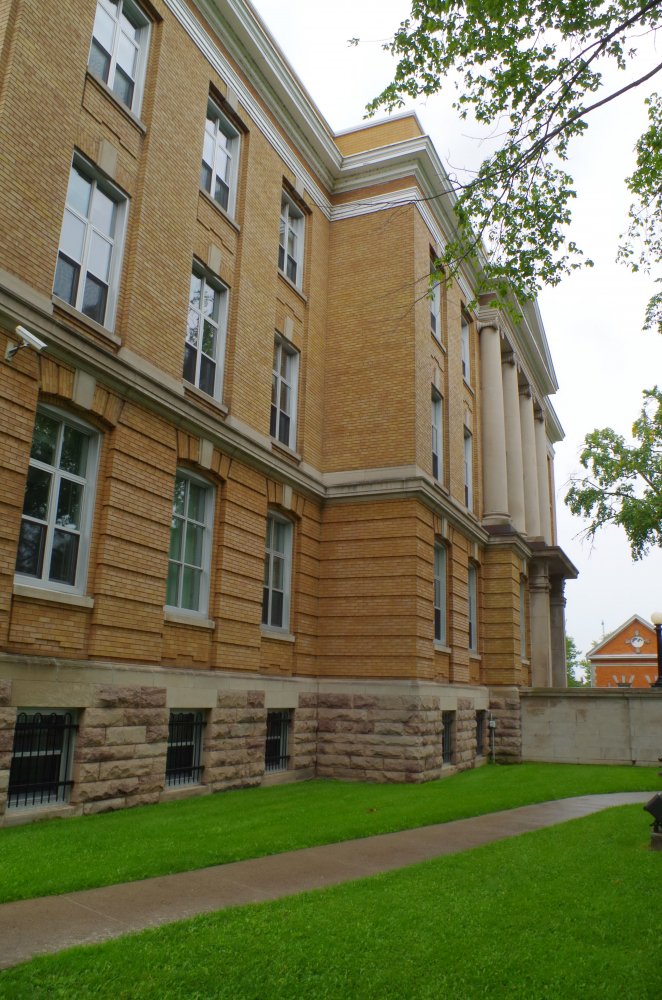 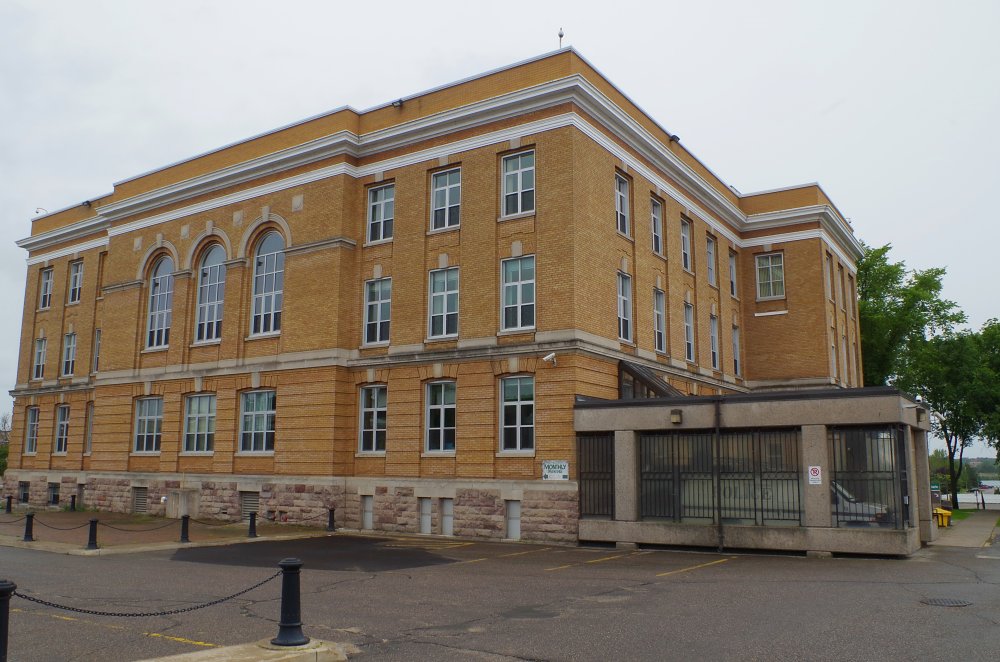 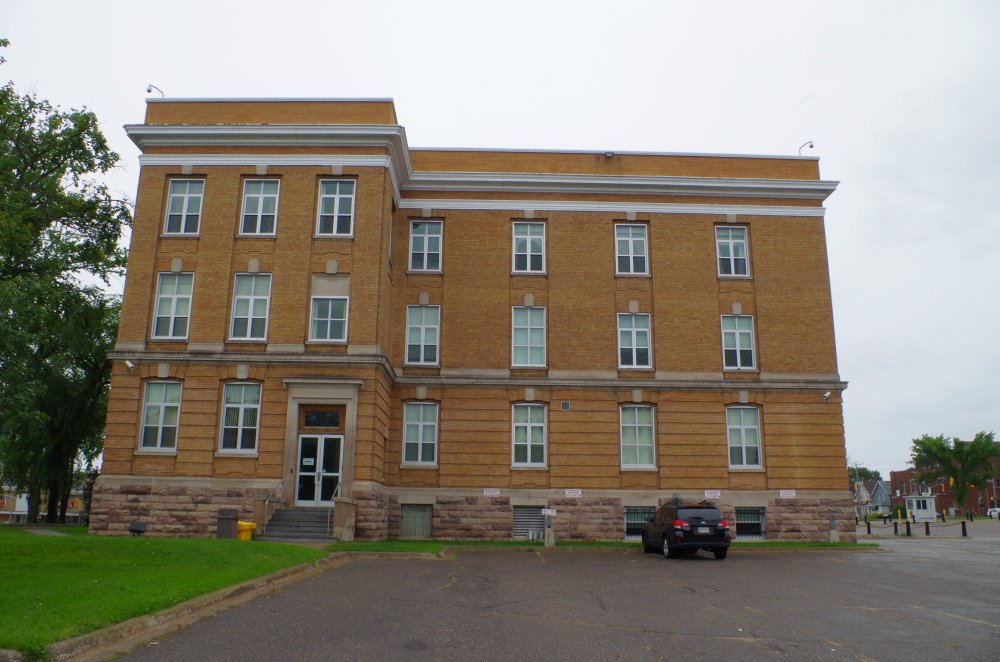 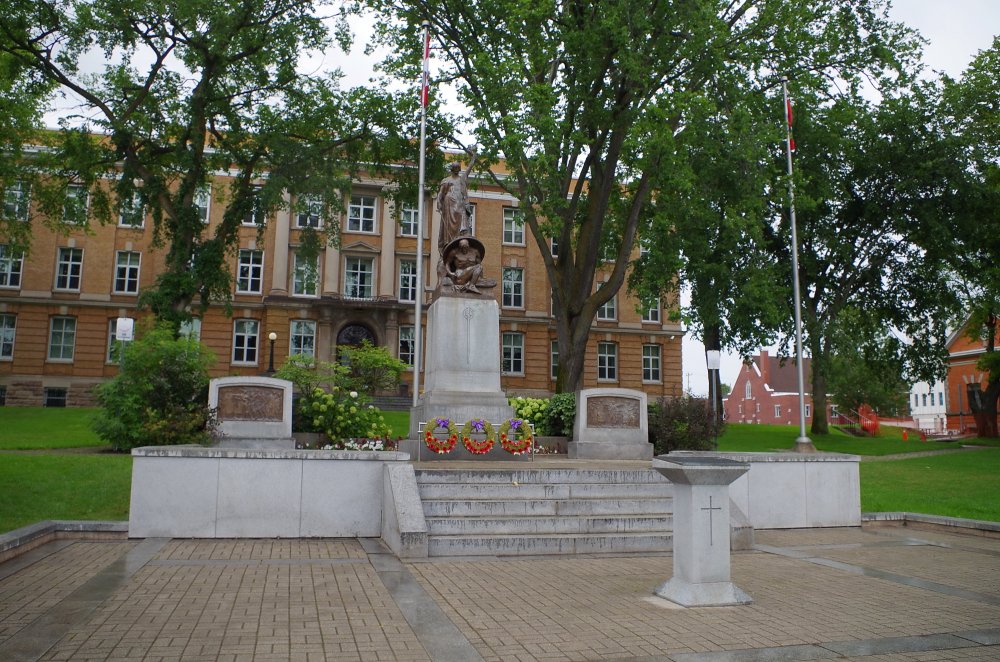