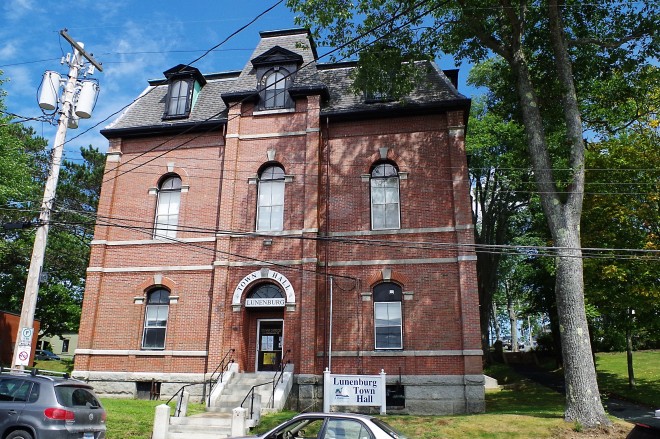 Lunenburg County is named for George duke of Brunswick-Luneburg, who was Prince of the Principality of Calenbery in Germany. Description:  The building faces south and is a three story white coloured wood frame structure. The building is located on the edge of an embankment in the center of the city. The lower story descends down the slope. The south front has a central projecting section with entrance on the first story and rising to a steep red coloured roof. There are dormers along the mansard roof. The large courtroom was located on the second story.The building is now privately owned.