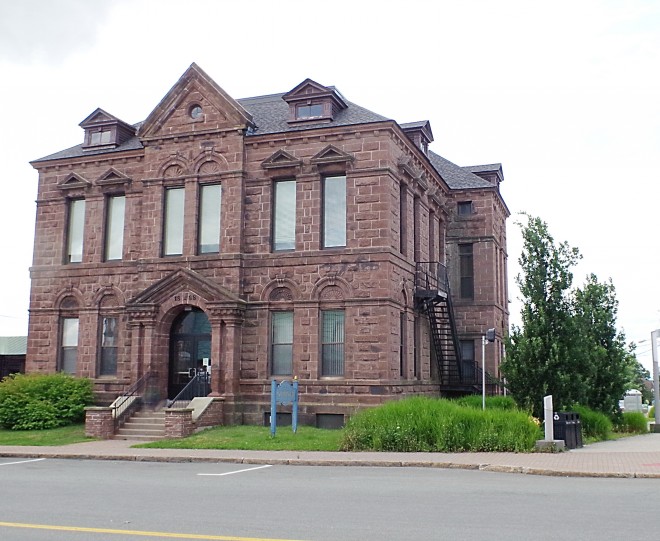 Cumberland County is named for William Augustus, Duke of Cumberland, who was the third son of King George II of Great Britain.

Description:  The building faces southeast and is a two story sandstone structure. The building is located on landscaped grounds in the centre of Amherst, The entrance is marked with a broken moulded pediment supported by double pilasters and within is an arch over a deep set double doorway topped with a fanlight. On each side of the entrance are two straight topped rectangular windows decorated with rounded blind fanlights, each with a beautifully carved fan and rounded keystone arches. The second story has two windows topped with the same fan and keystone detailing. The other second story windows are topped with protruding carved triangular hoods and pediments. The courtroom is located at the southeast side of the second story. In 1960, a rear addition was constructed. The building was renovated in 1974. On the northwest side is the old jail. 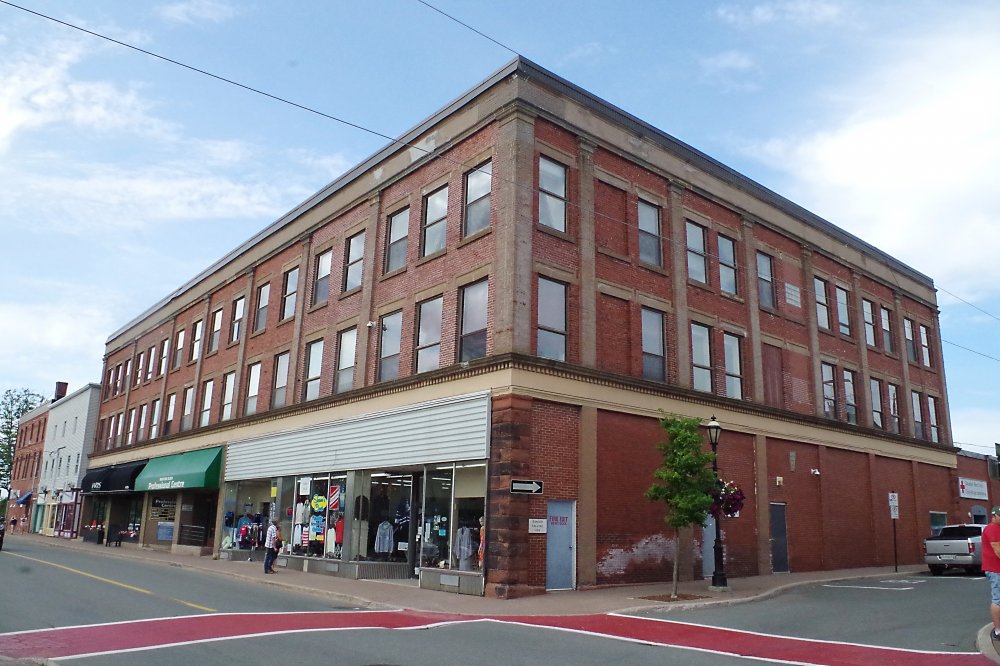 Description:  The building faces southwest and is a three story red coloured brick and concrete structure. The building is located in the centre of Amhest to the east of the courthouse. The roof line is flat. The building is named as the Maritime Block. The Provincial Court is located on the third story with courtrooms along the northeast side. 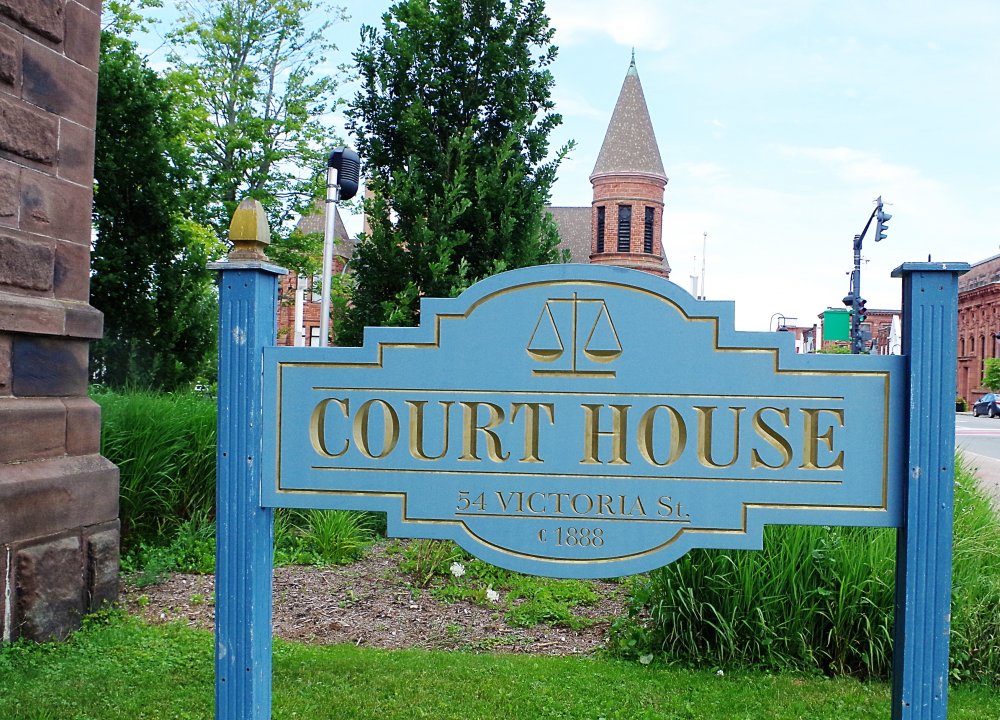 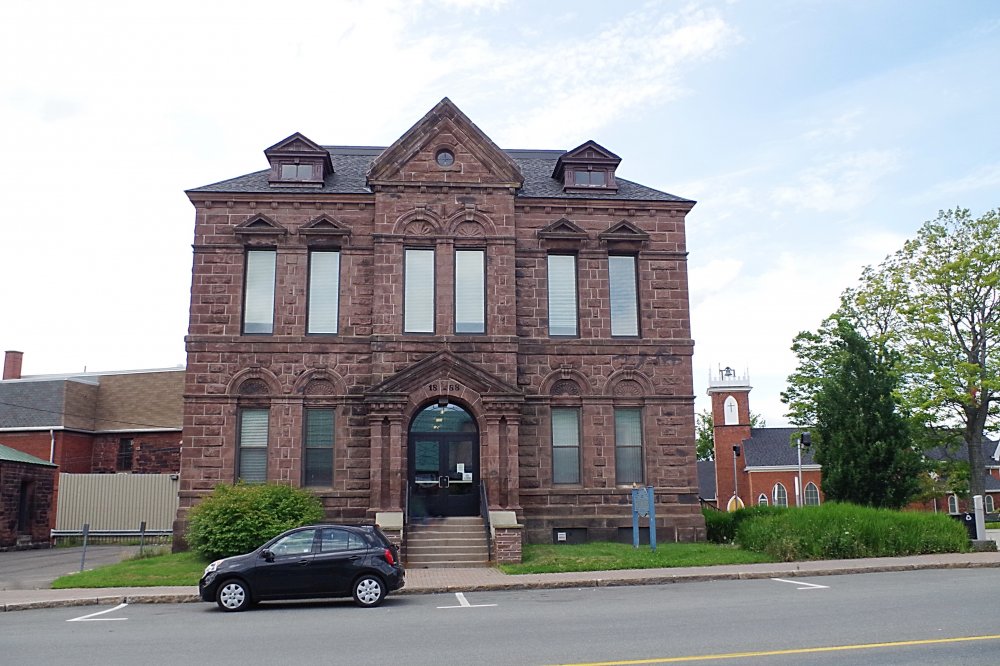 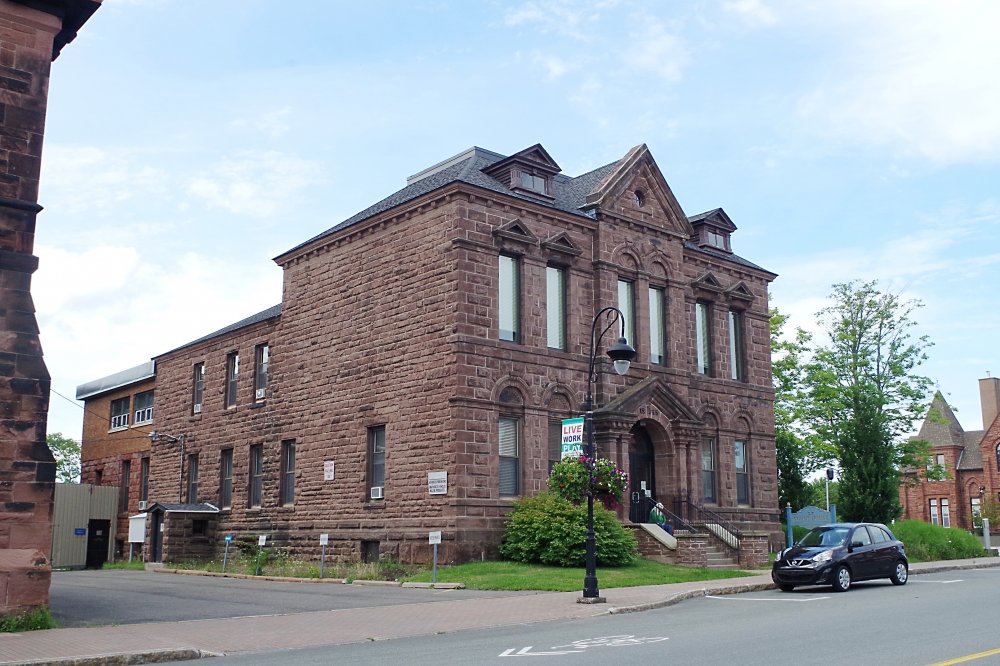 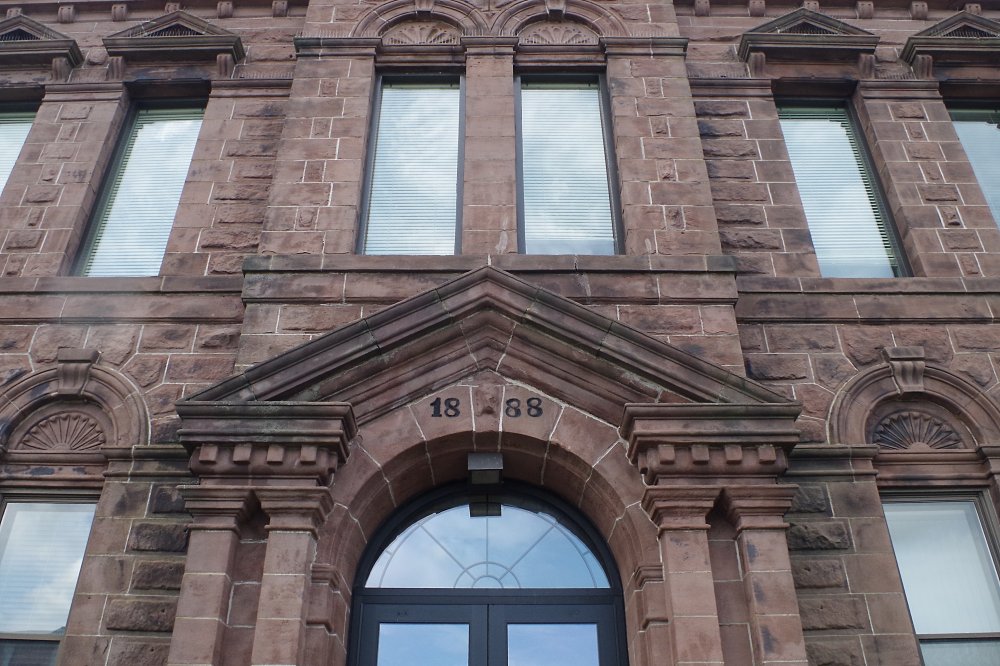 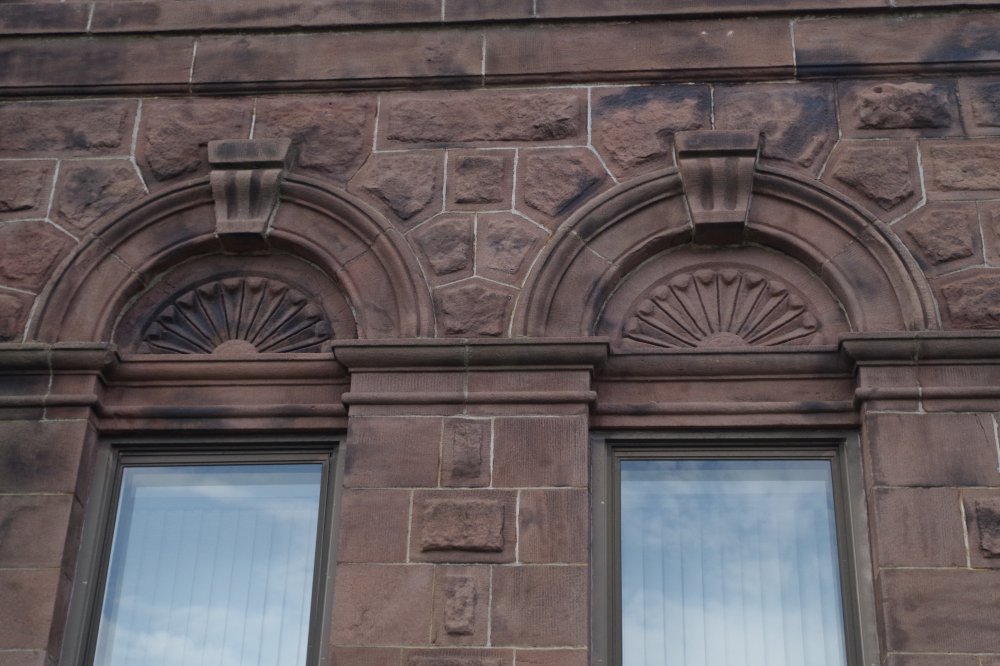 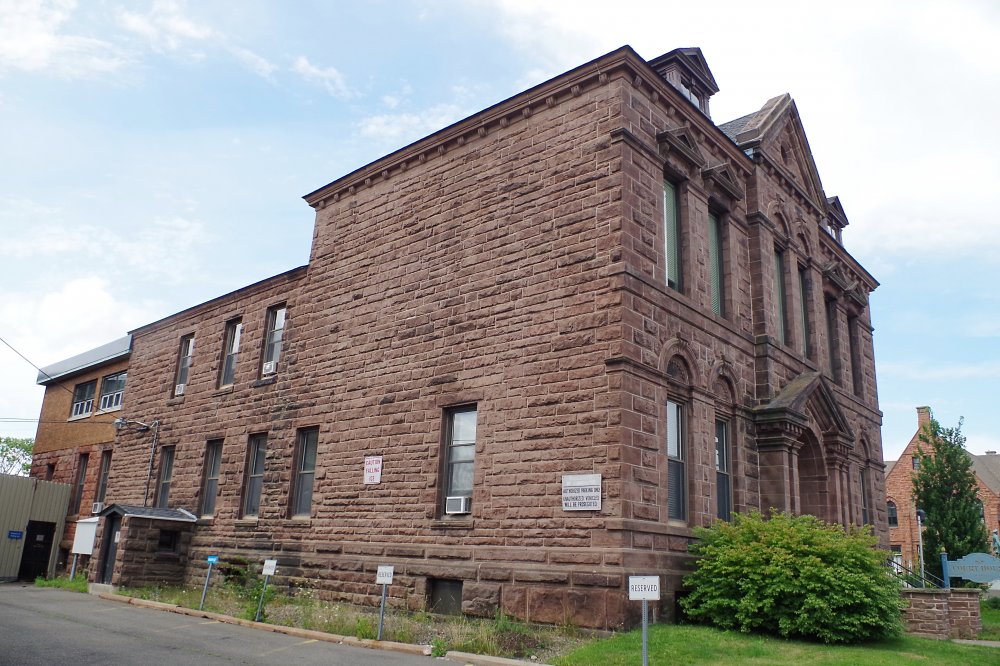 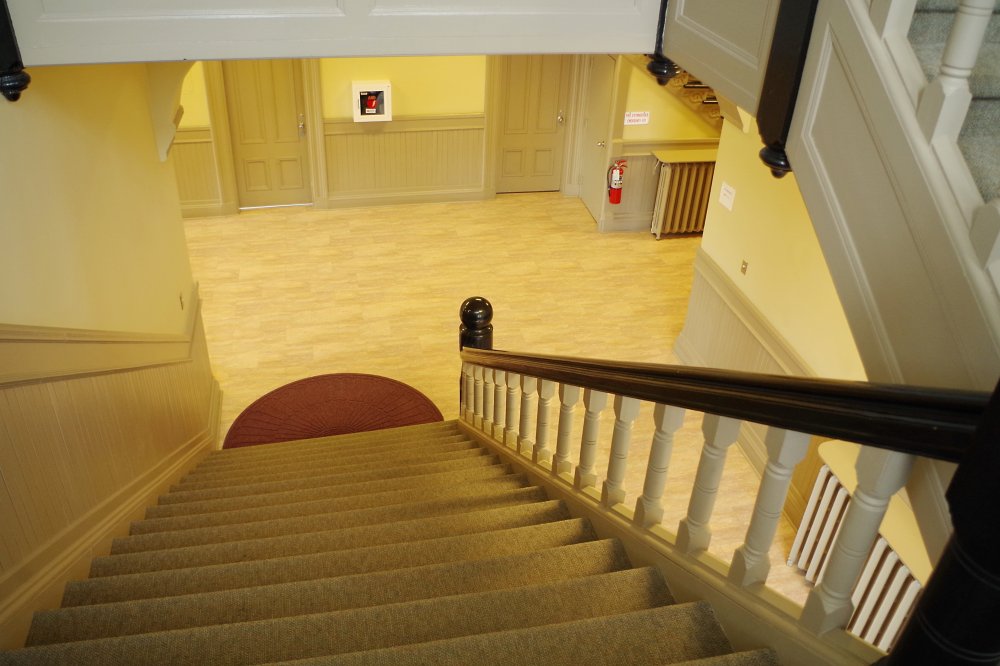 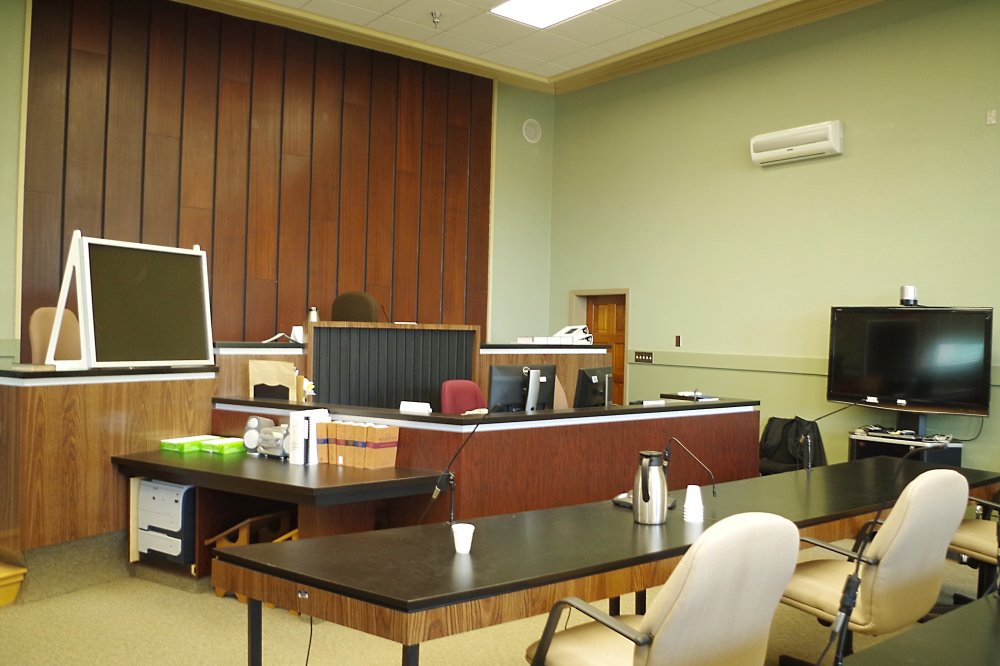