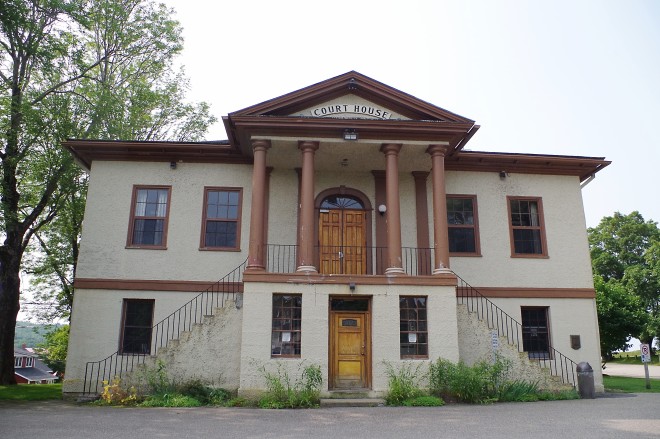 Annapolis County is named for the town of Annapolis Royal which was named for Queen Anne of Great Britain.

Description:  The building faces north and is a two story cream coloured stucco and wood structure. The building is located on landscaped grounds in the centre of the city. The north front has a projecting centre section with steps on each side rising to an arched entrance. The projecting centre section has four brown coloured Tuscan Doric columns set on granite bases on the second story with pediment above. The roof is hipped with a small octagonal cupola at the centre. The first story has a jail. The courtroom is located on the second story featuring a dark wood dais ( judge’s bench ) backed by Palladian rear screen and wainscoting of oak veneer. In 1922 to 1923, the octagonal cupola was added and a rear addition was constructed. The architect was Leslie R Fairn and the contractor was J H Hicks & Son.

Note:  The previous wood frame courthouse was built in 1793 and burned in 1836. The present courthouse resembles “Villa Emo” completed in Italy in 1565. 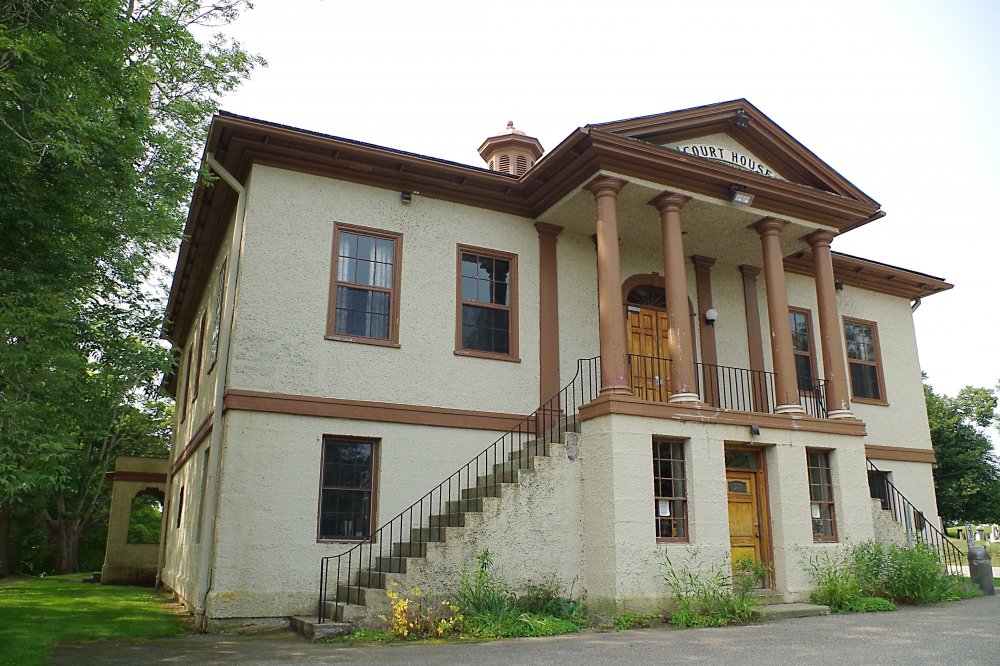 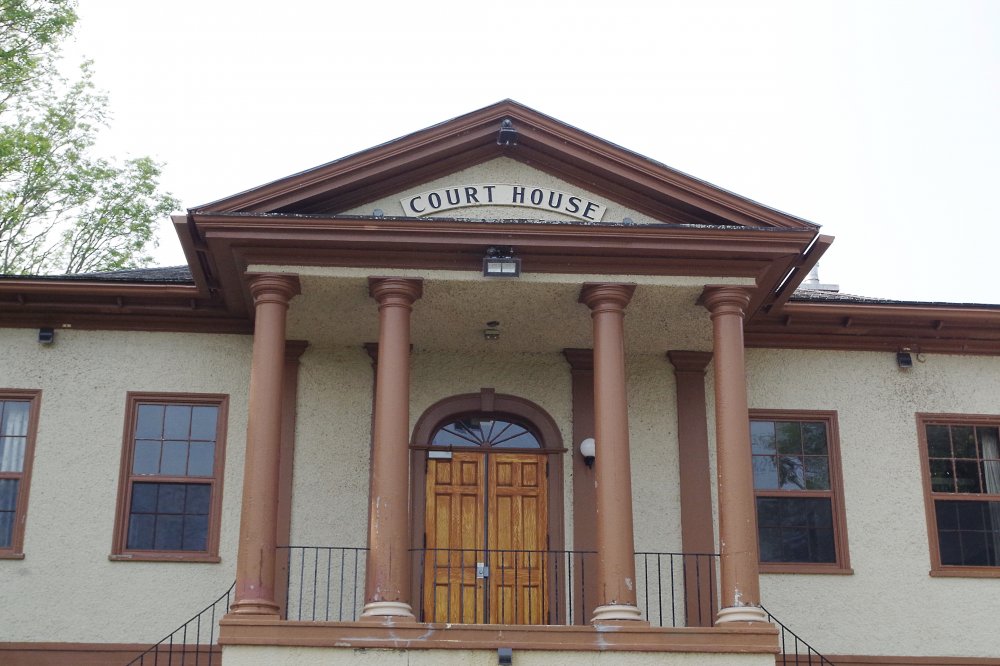 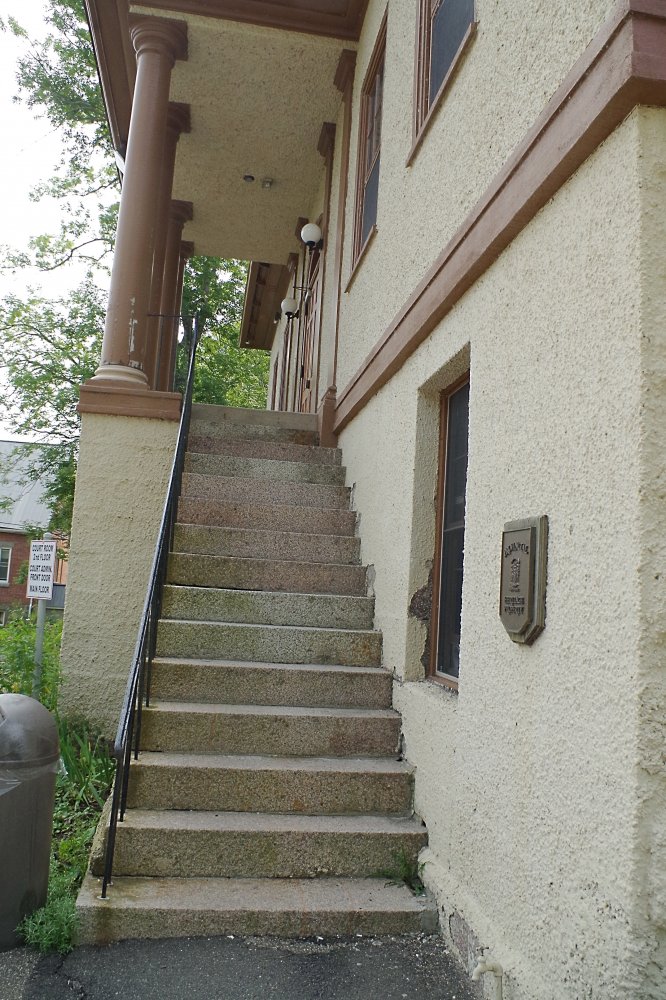 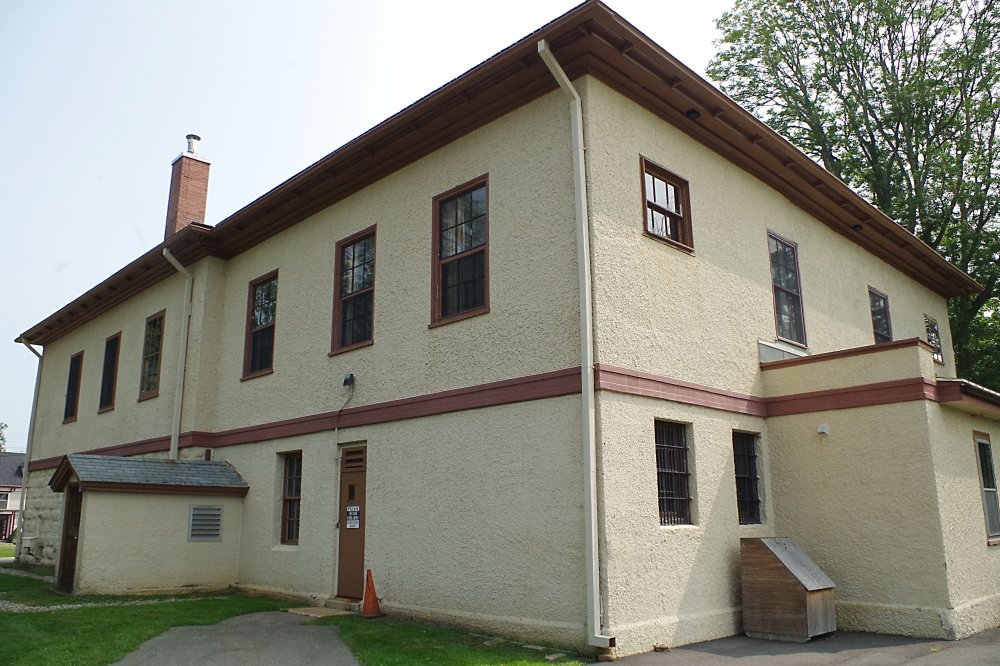 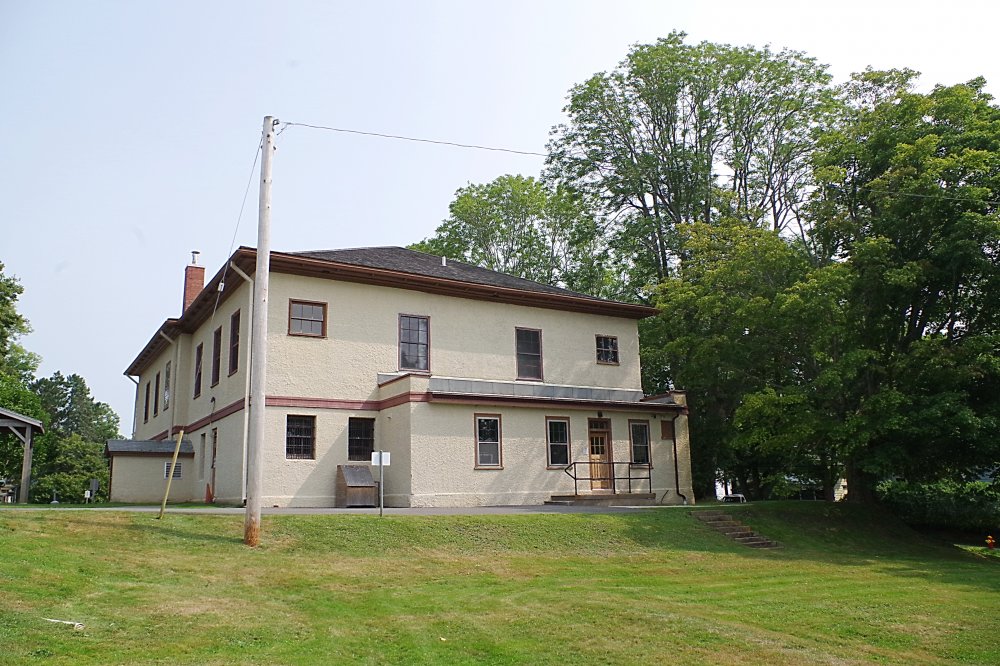 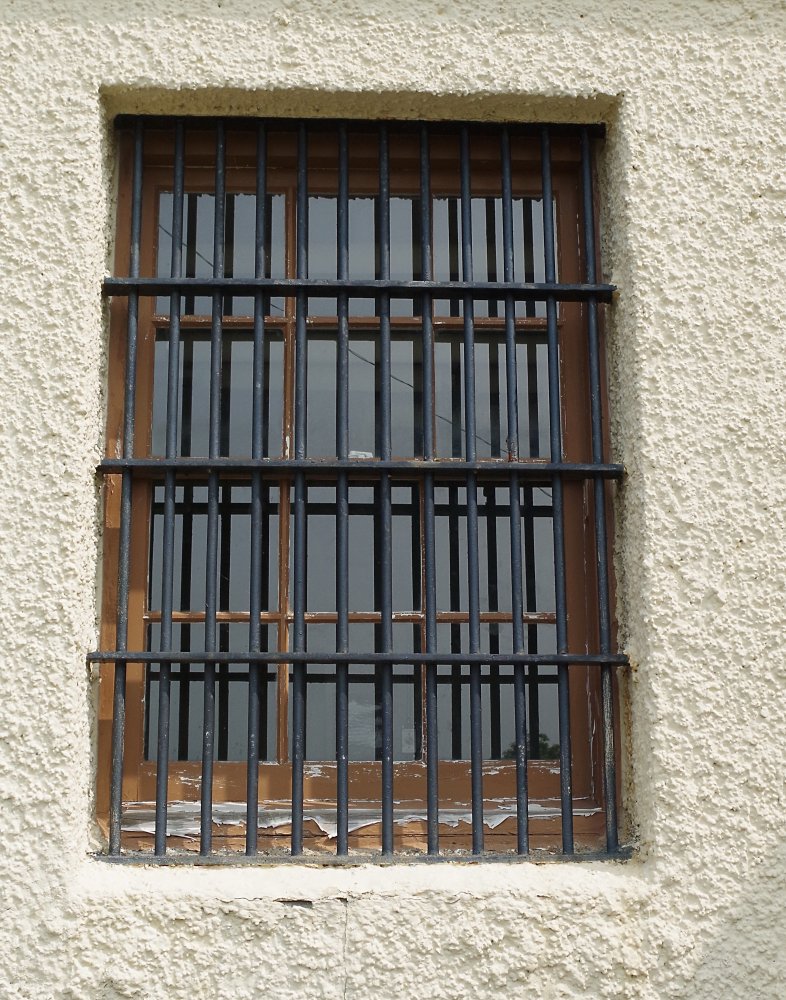