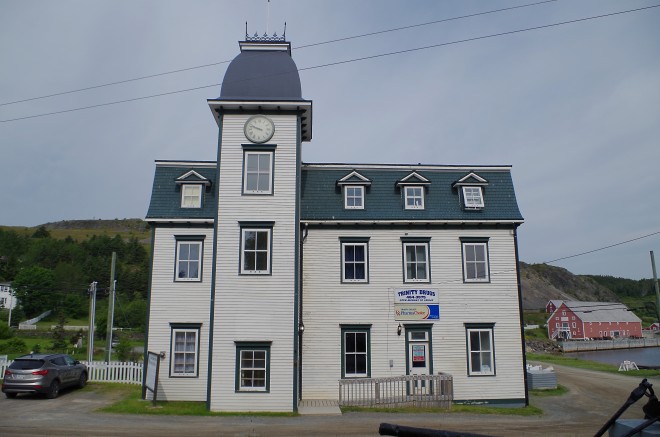 Trinity was named by the Portuguese explorer Gaspar Corte-Real as “Trinity” as he arrived on Trinity Sunday in 1501.

Location:  Trinity located in the north eastern part of Newfoundland Island on the northeast shore along the Atlantic Ocean.

Description:  The building faces east and is a three story white coloured wood frame structure. The building is located on landscaped grounds in the centre of Trinity. The front has a central projection square wood tower with three windows and clock at the top. Above is a weather vane and the roof is mansard. The building housed the magistrate’s office, jail and postal-telegraph office and now has shops on the first story and office on the upper stories. The old courtroom no longer exists. 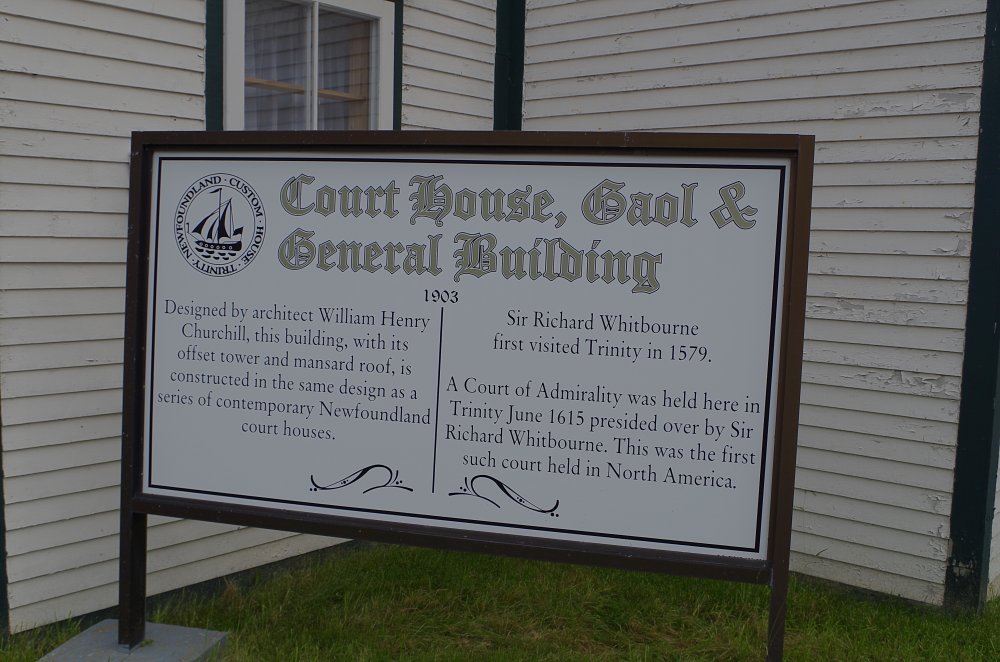 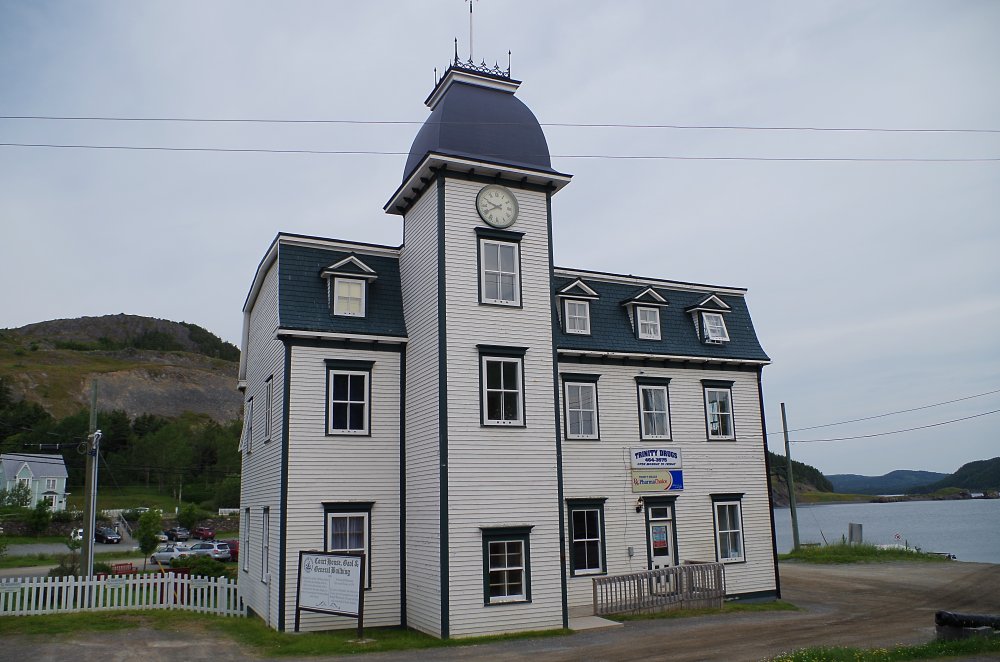 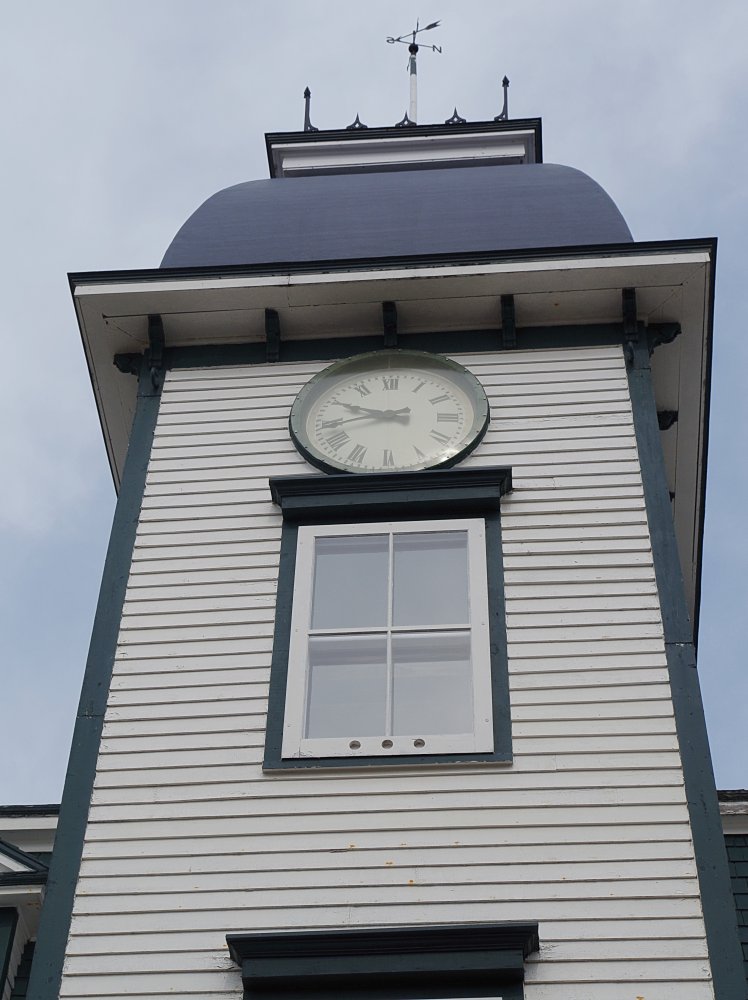 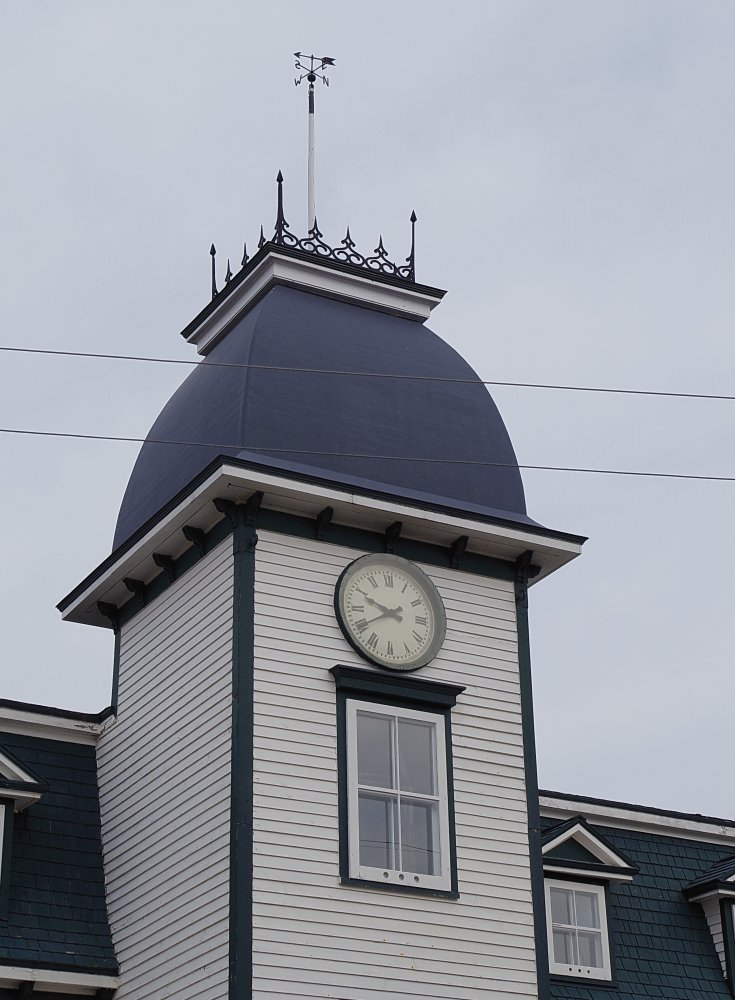 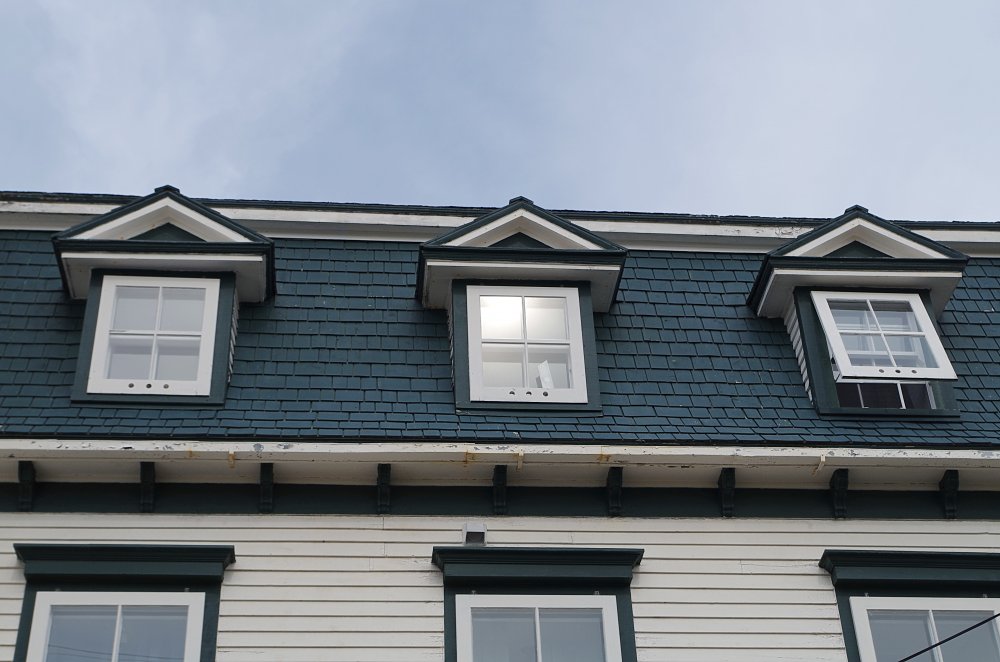 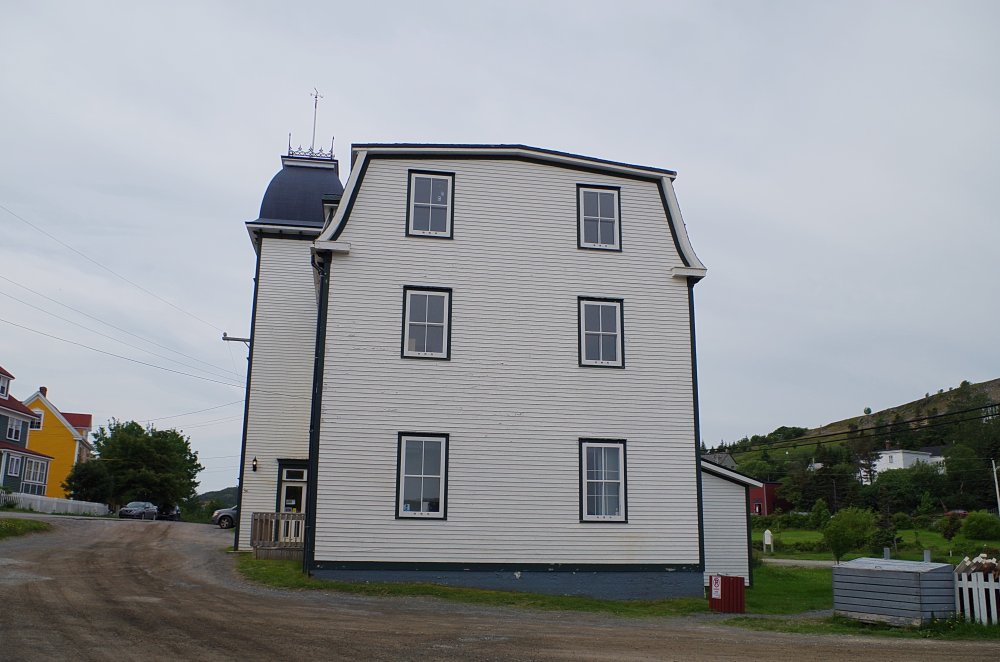 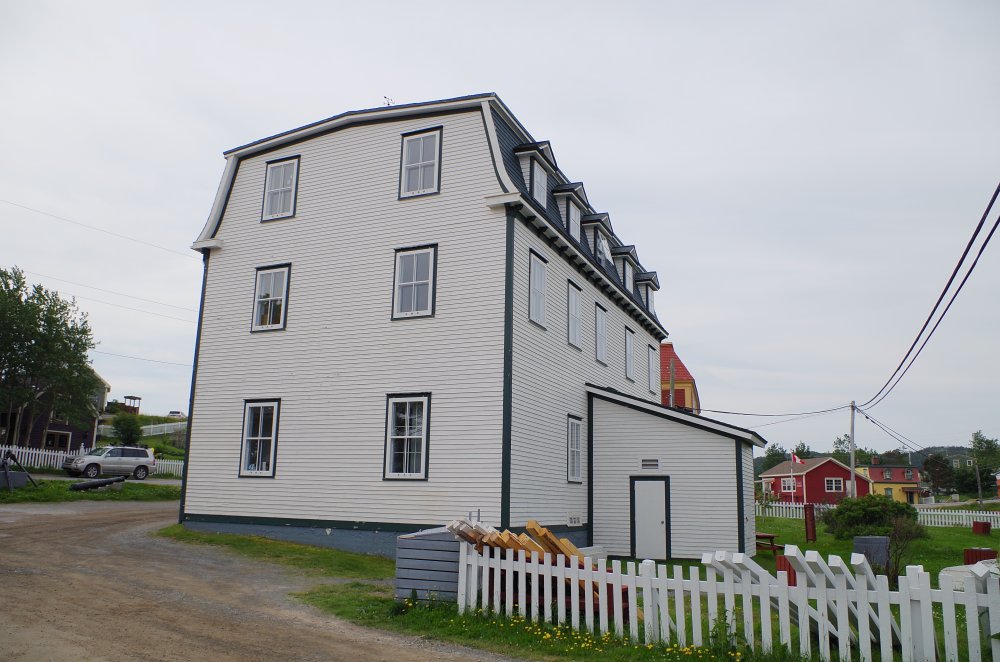 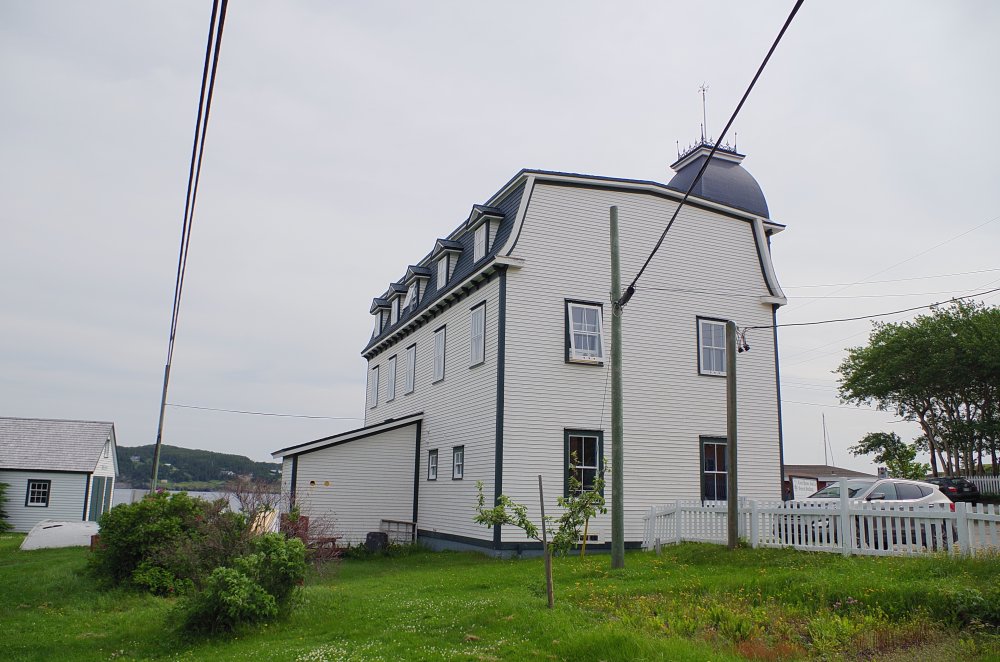 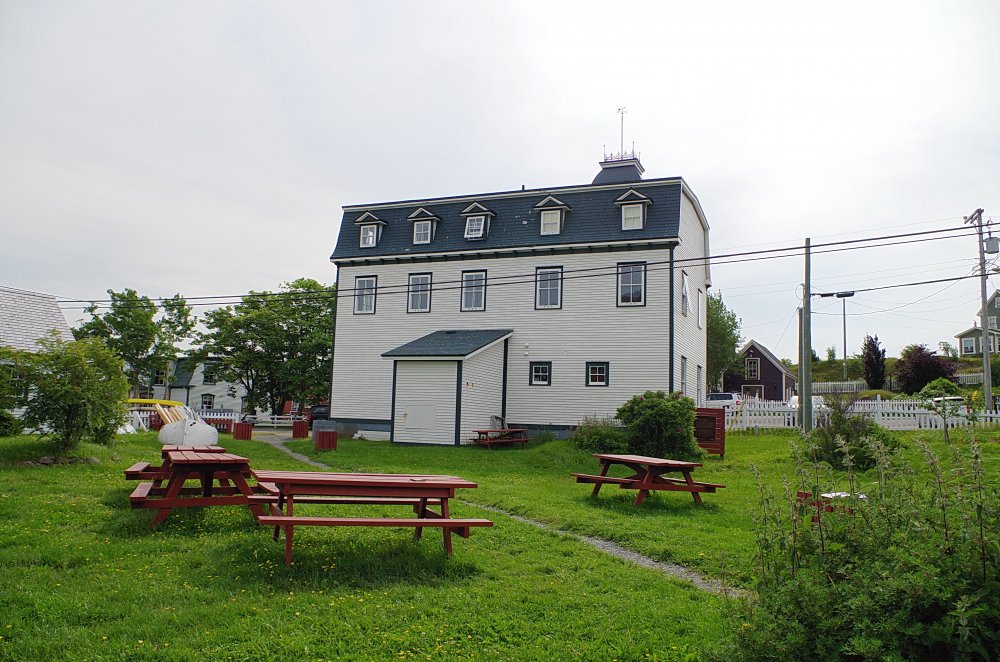 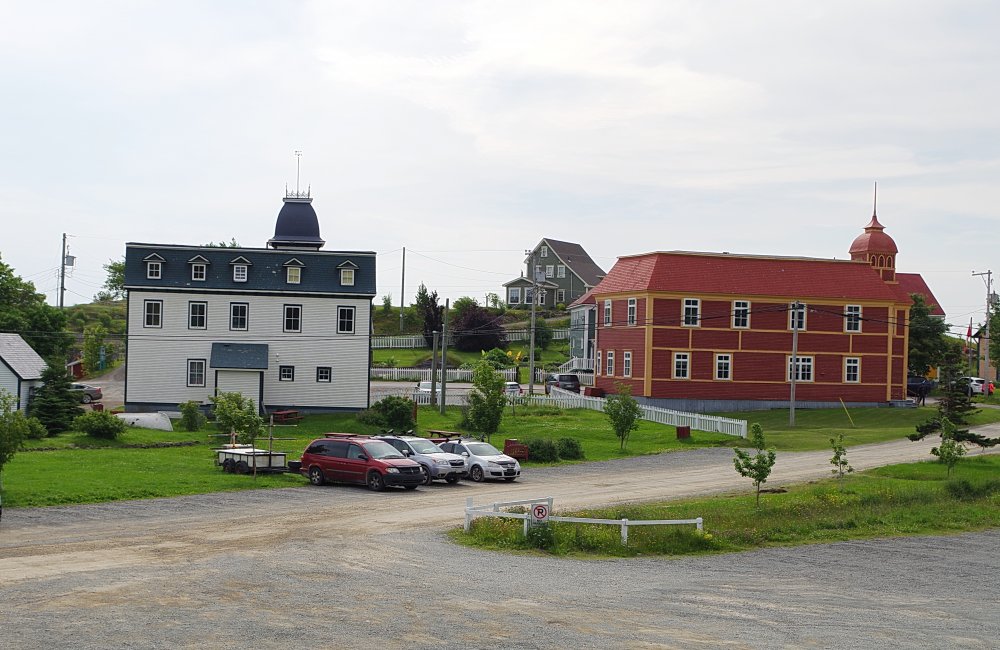