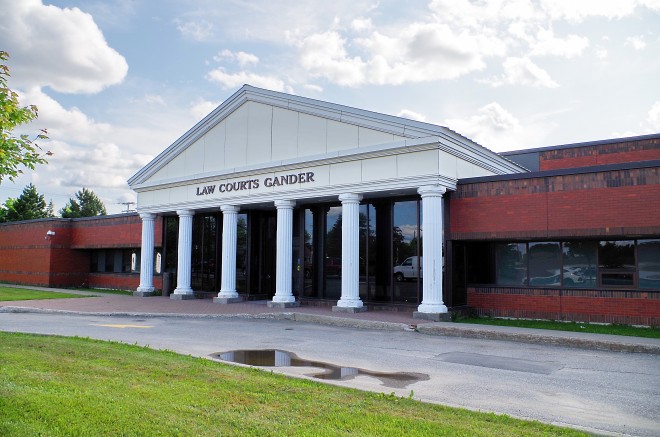 Location:  Gander is located in the north centre of Newfoundland Island along Gander Lake.

Description:  The building faces east and is a two story red coloured brick and concrete structure. The building is located on landscaped grounds to the northwest of the centre of Gander. The east front has a wide portico supported by six white coloured columns rising to a pediment at flat roof line. The windows are horizontal. The interior has a large foyer with the courtrooms located off the west hall. The Provincial Court courtroom is located on the northwest side and the Supreme Court courtroom is located on the southwest side. There are two smaller courtrooms on the west side. The building is named as The Gander Law Courts. 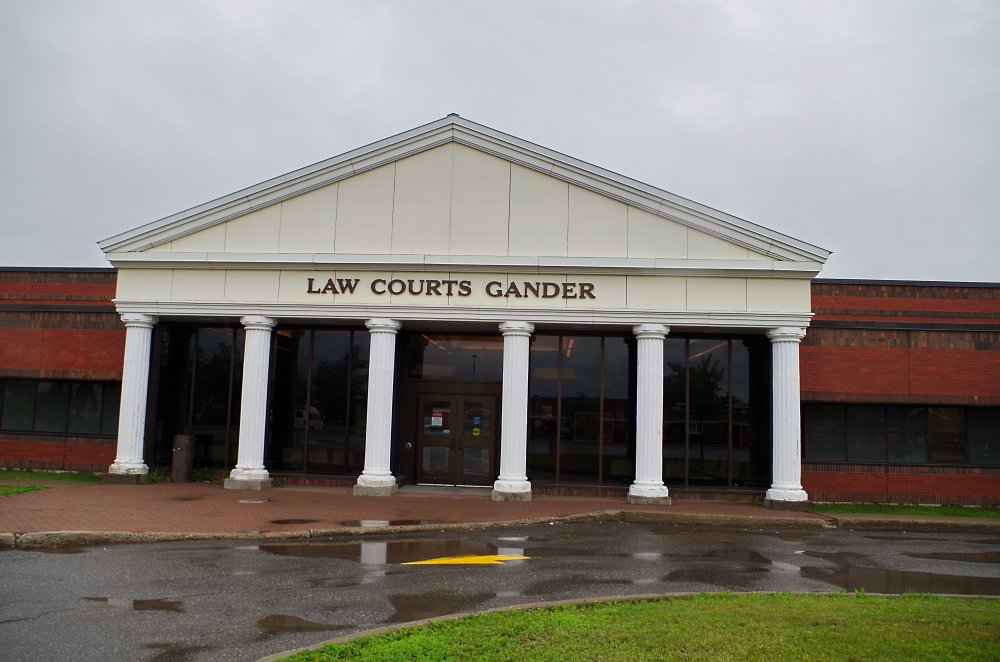 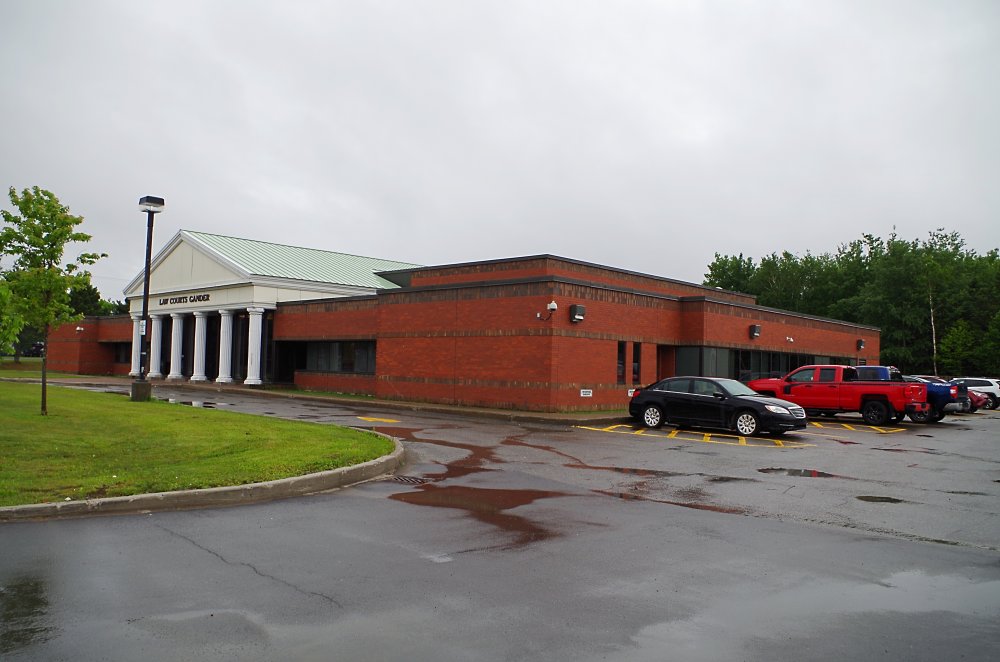 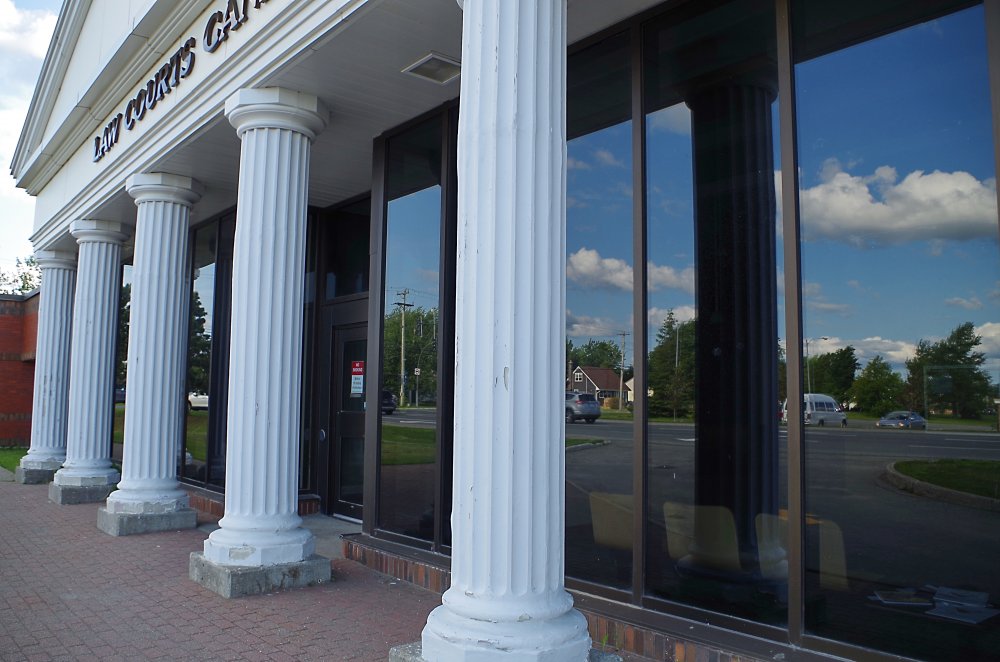 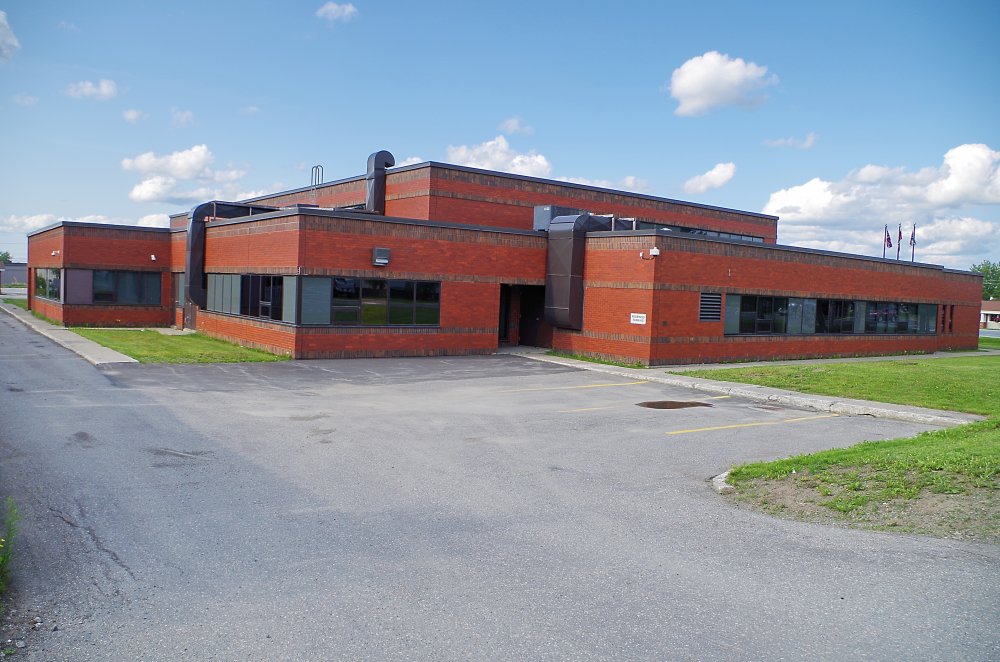 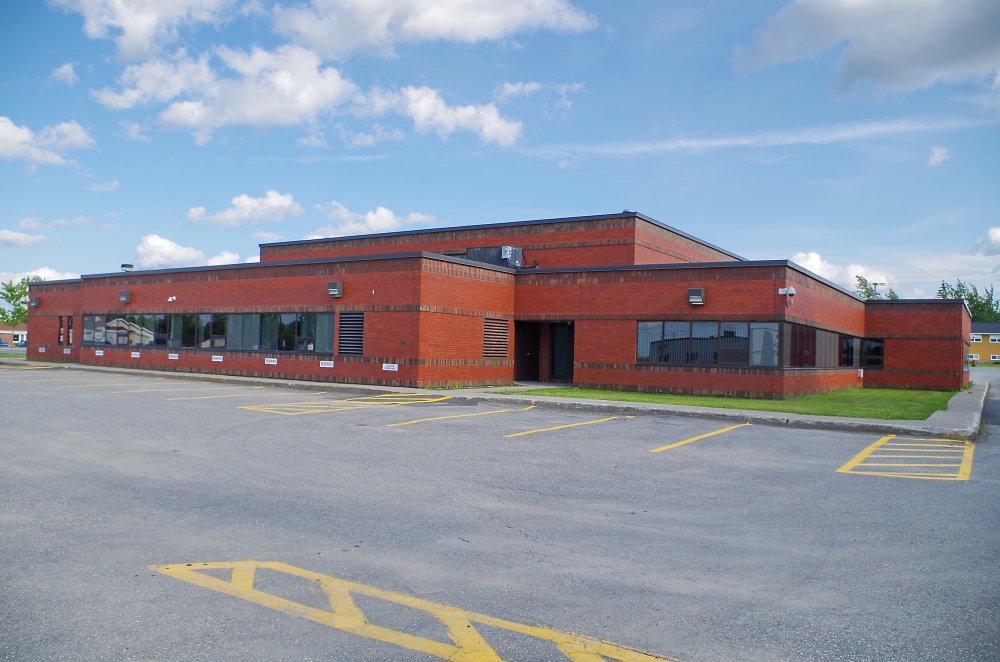 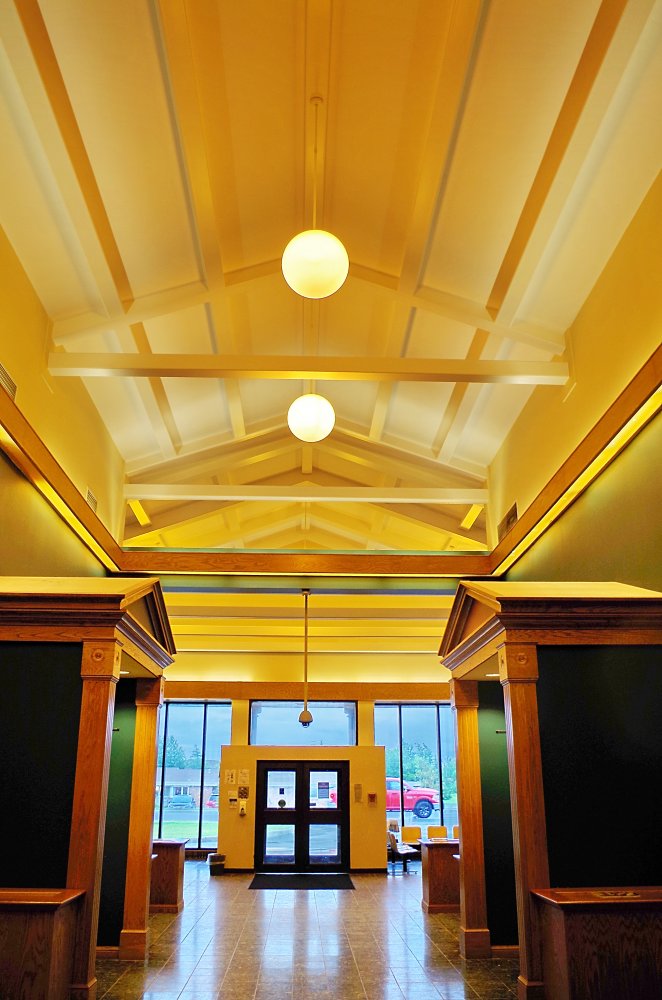 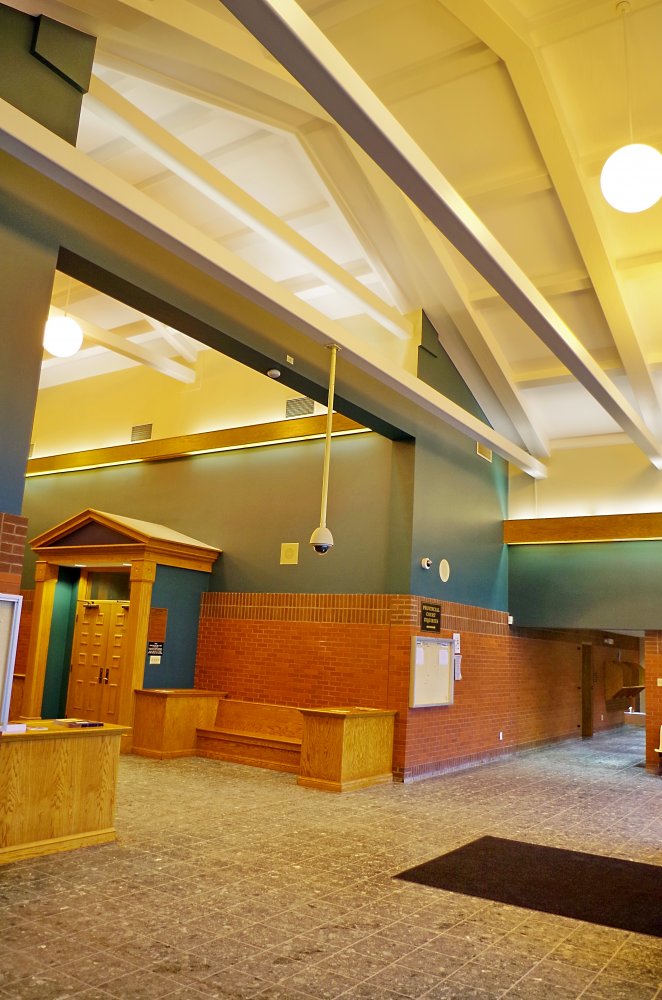 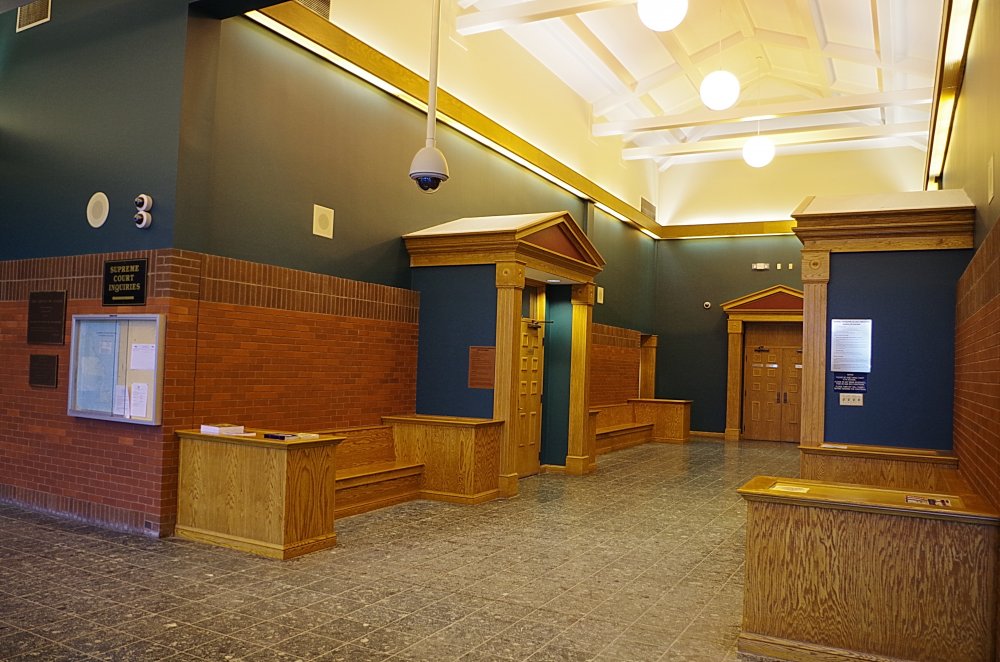 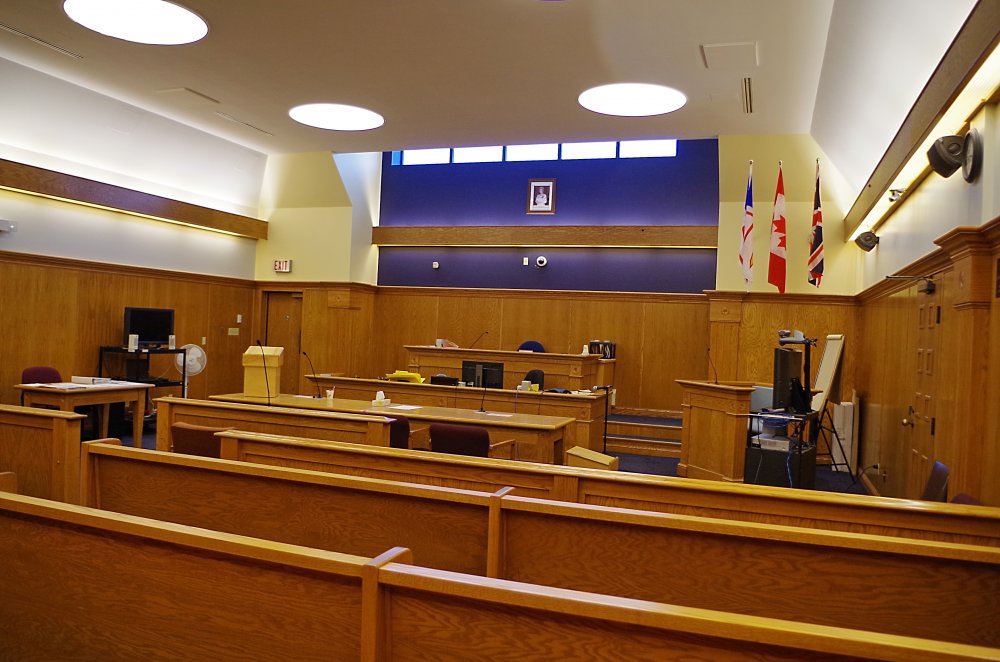 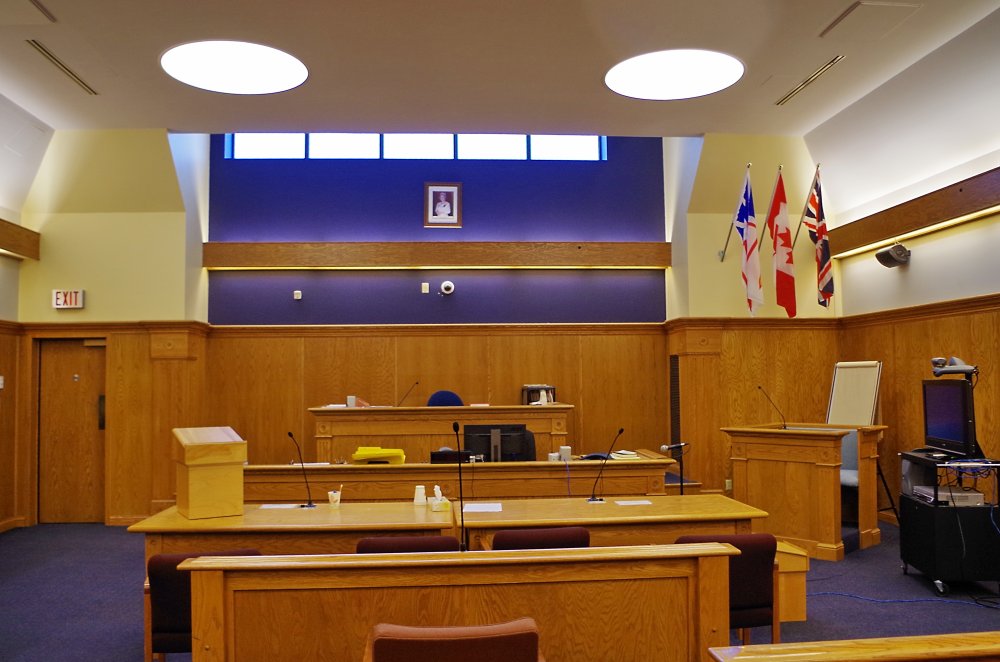 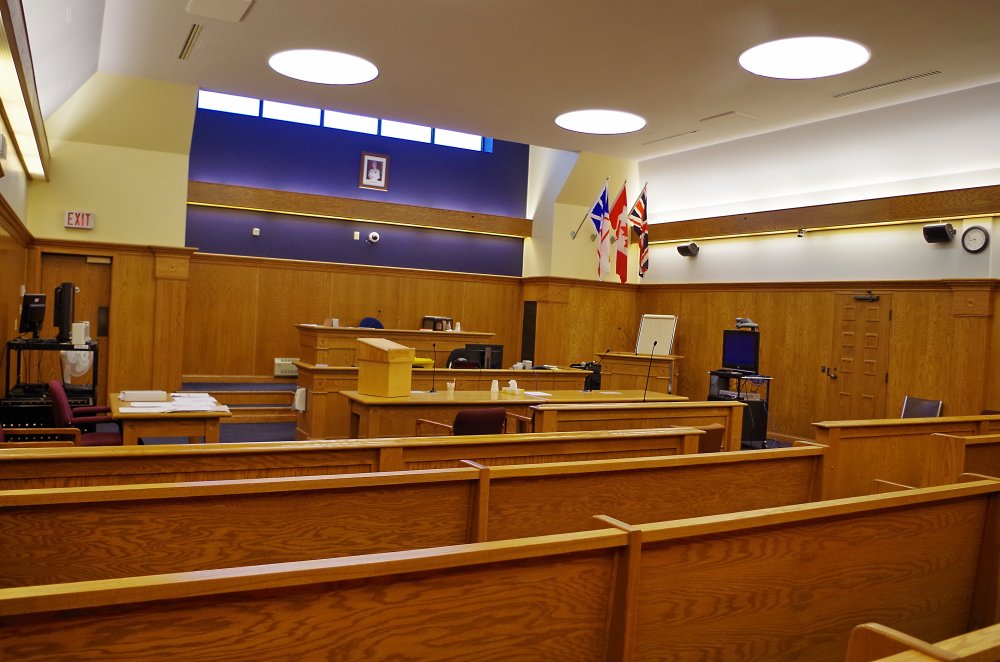 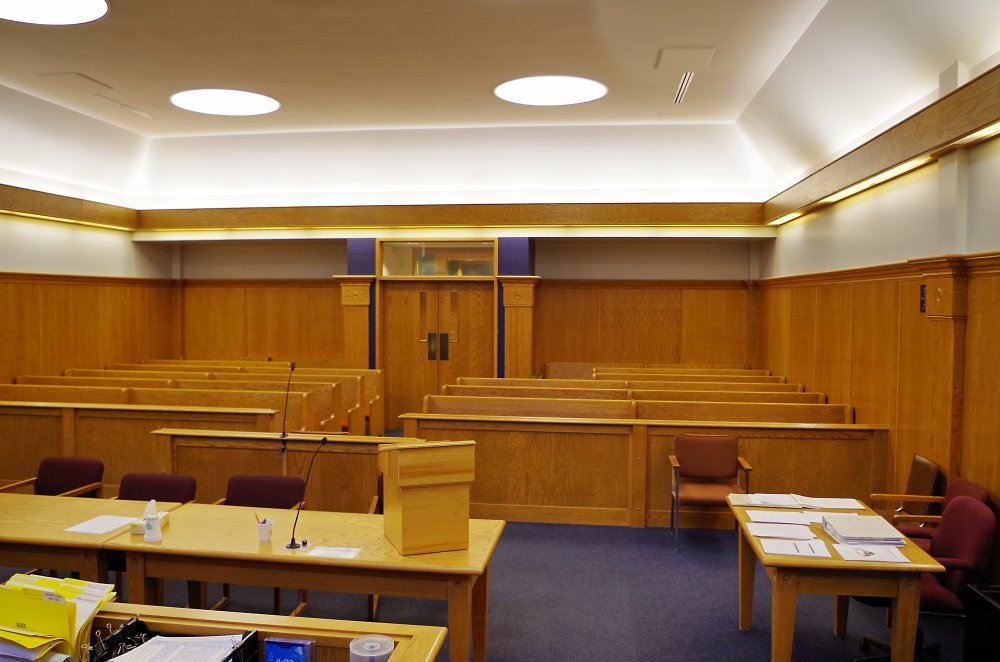 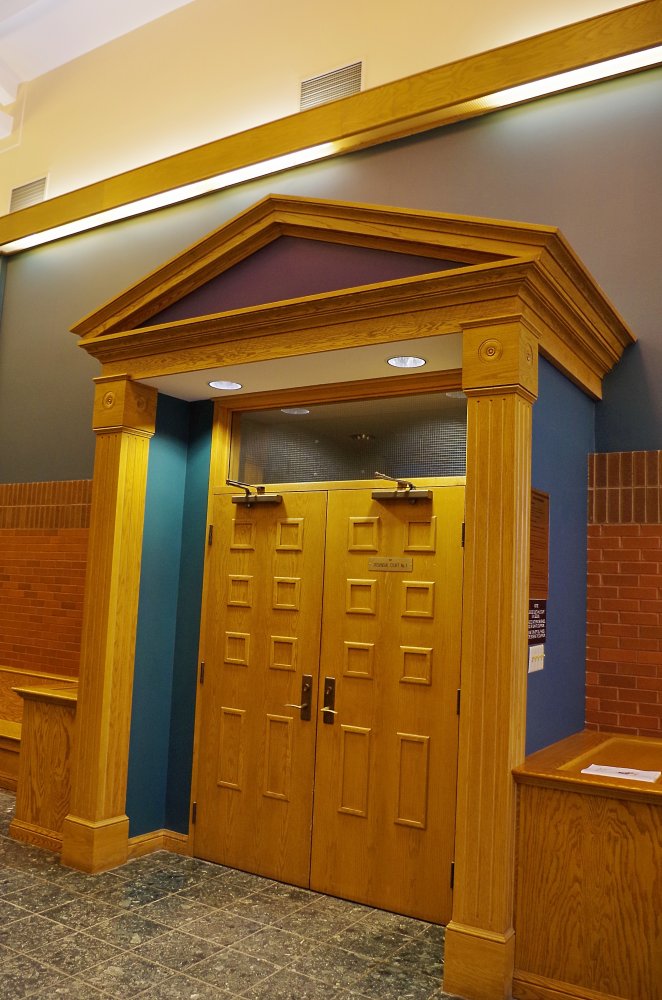 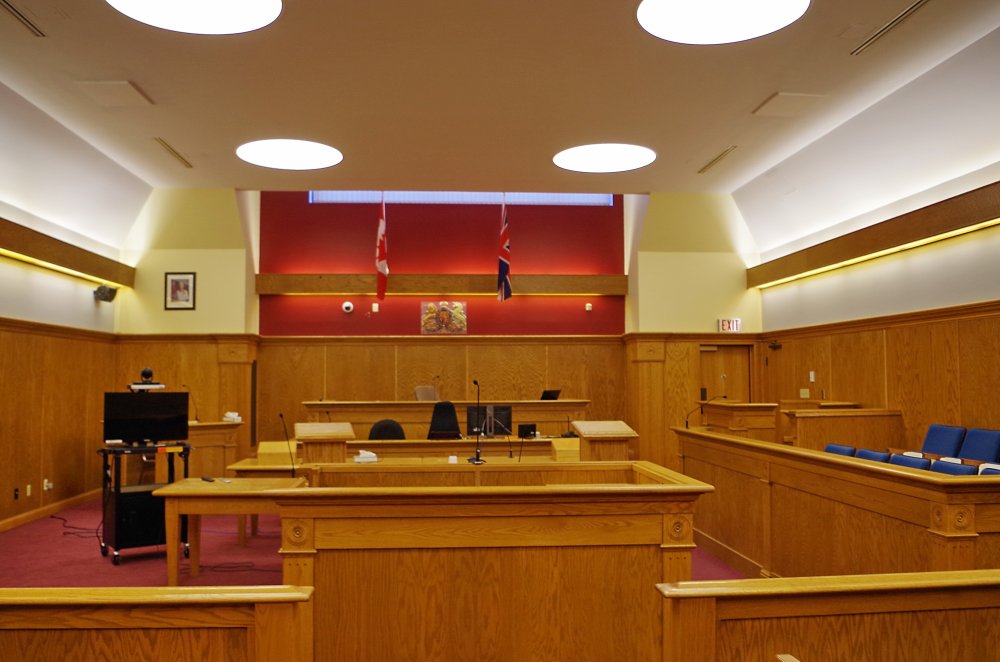 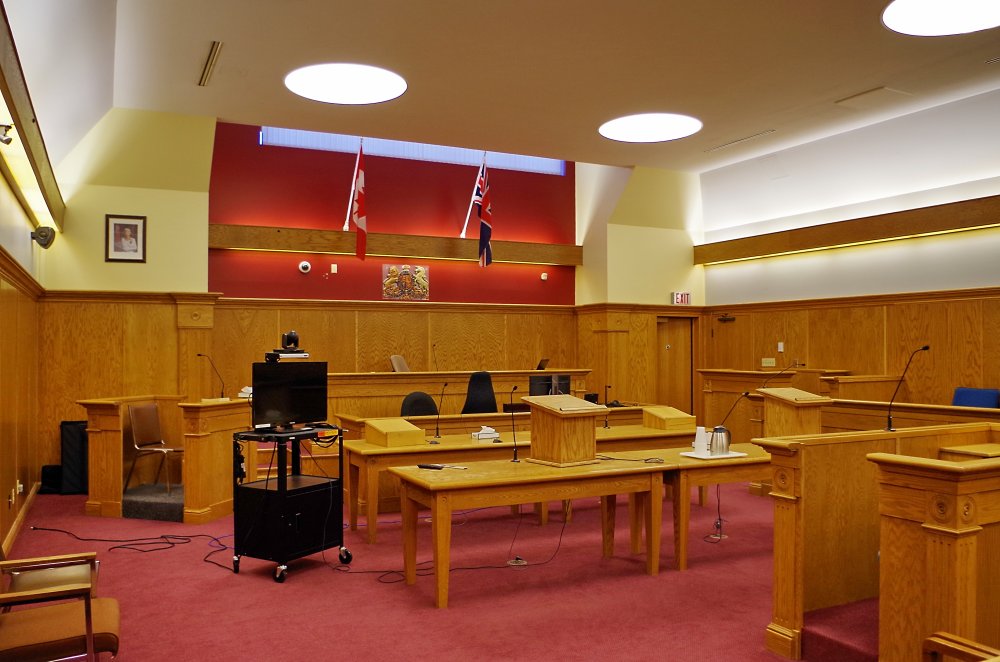 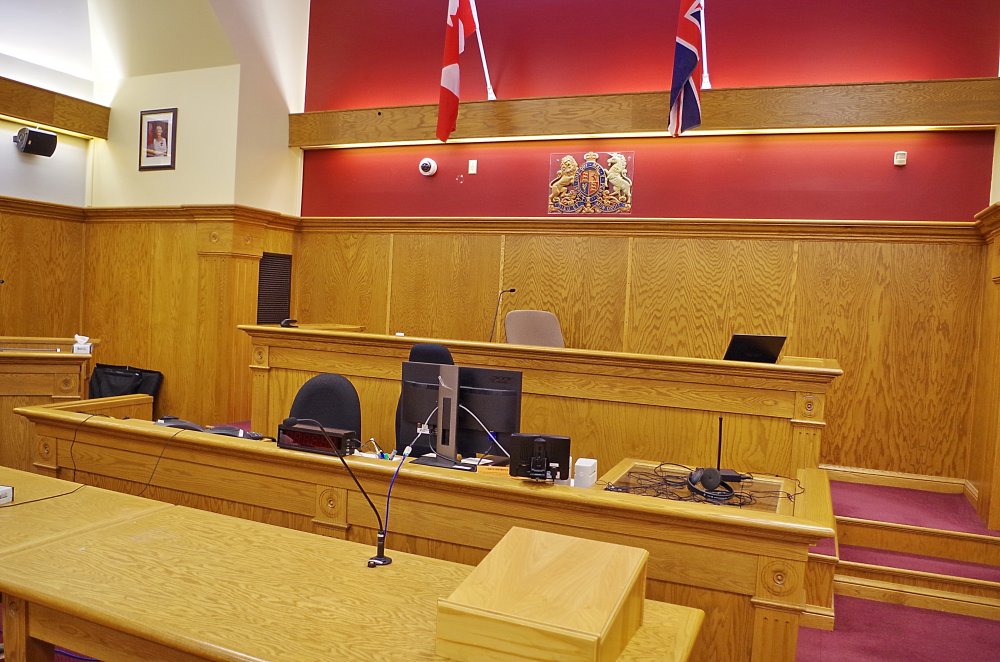