Fogo was named after the Portuguese word meaning “fire”.

Description:  The building faces south and is a two story grey coloured wood frame structure. The front has a central slightly projecting section with entrance on the first story. The original design included two story protruding bays with hipped roofs on the main facades, large trim boards on the corners and around windows, and large mouldings and brackets at the eaves. This combination of quiet details resulted in a refined, respectable façade. The building is unusual in that it was designed with two main facades. The roof is hipped. 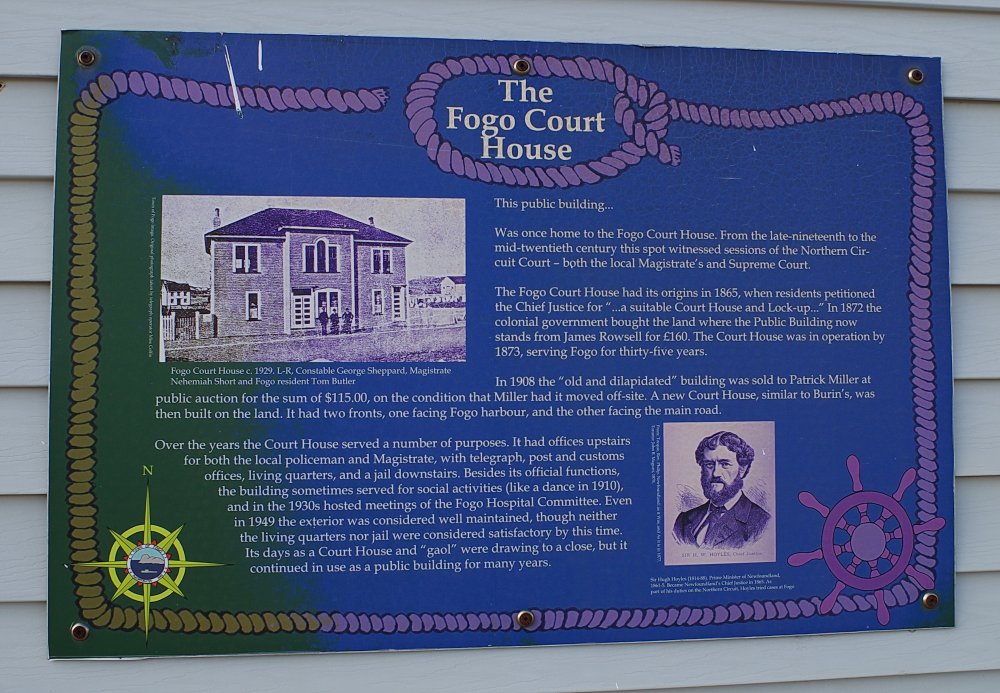 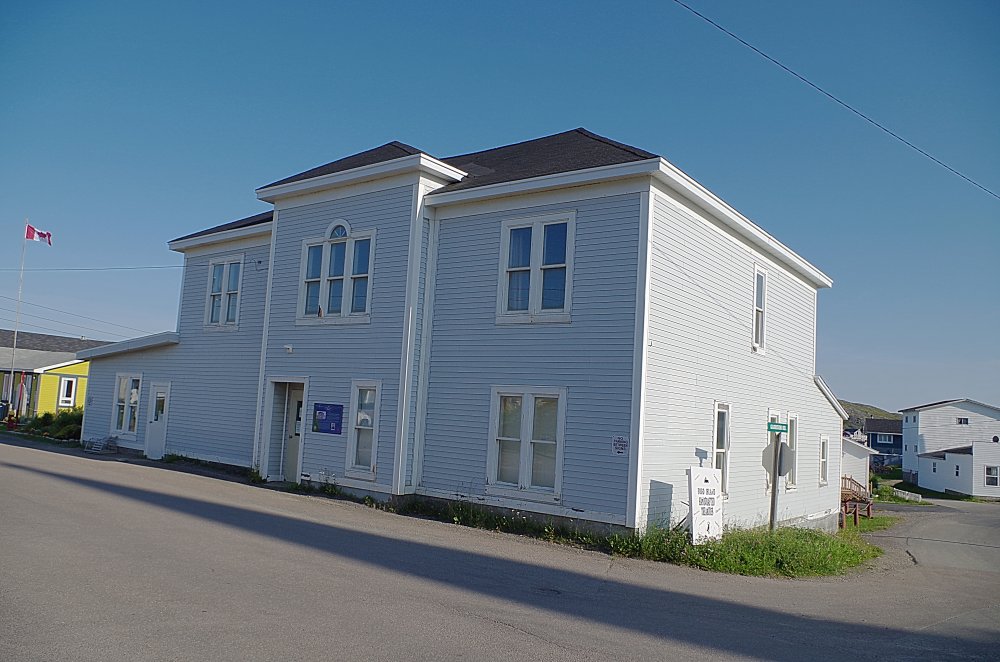 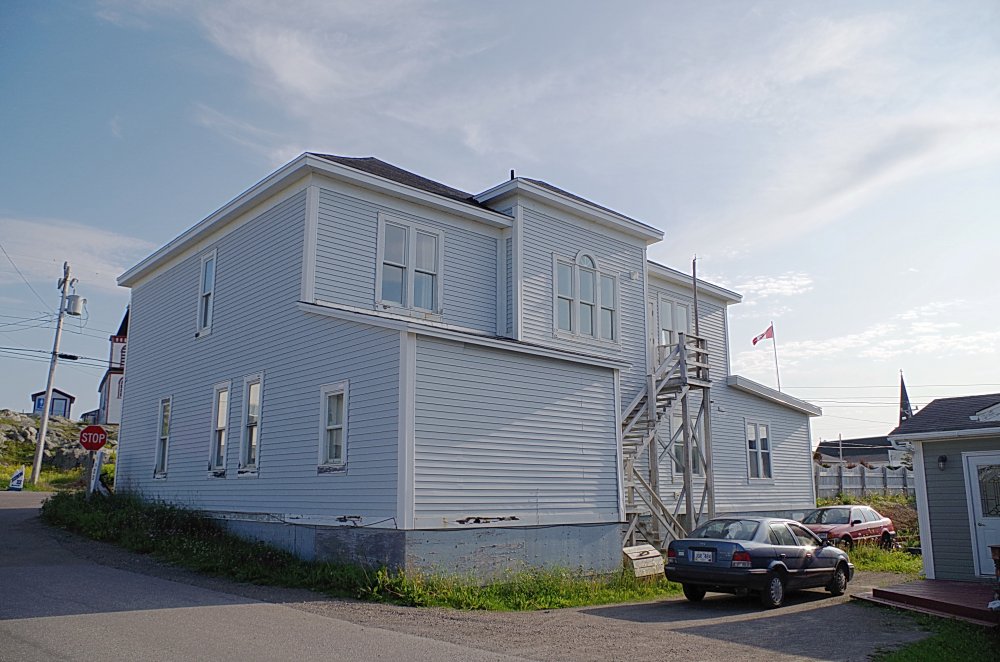 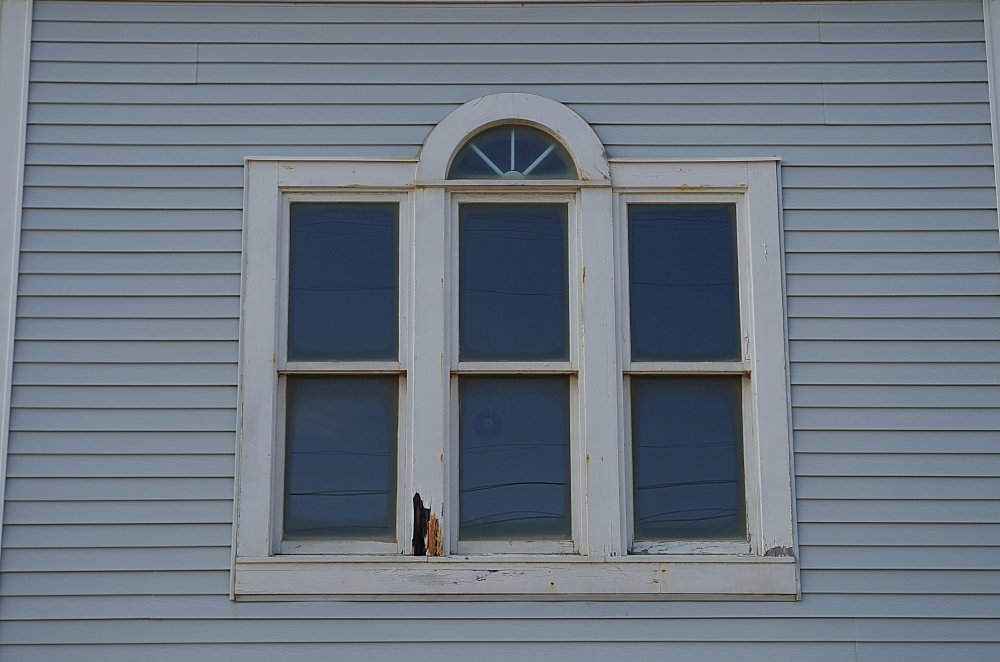 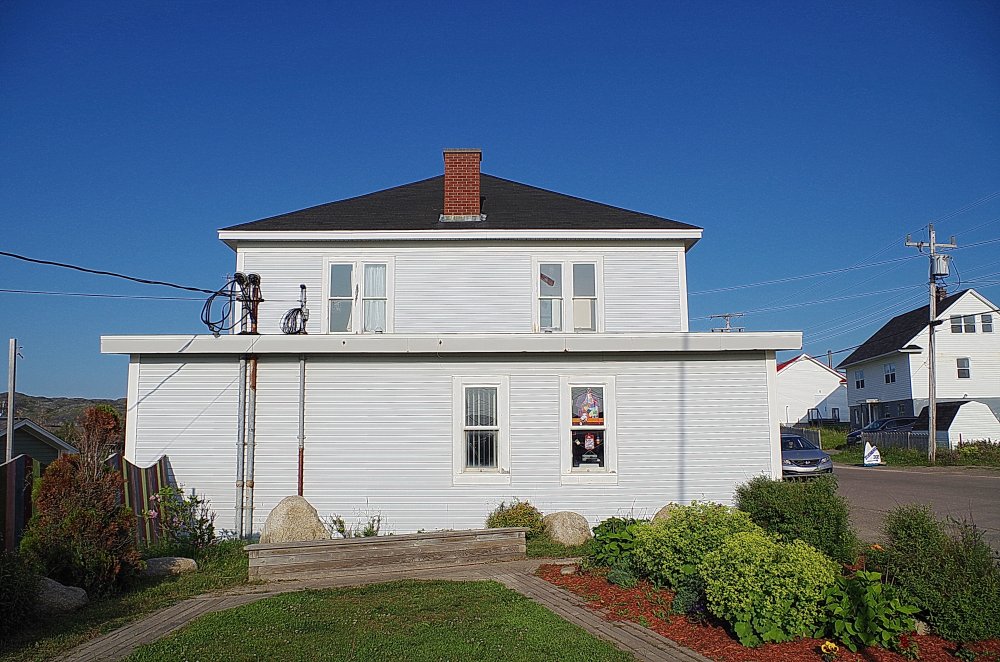 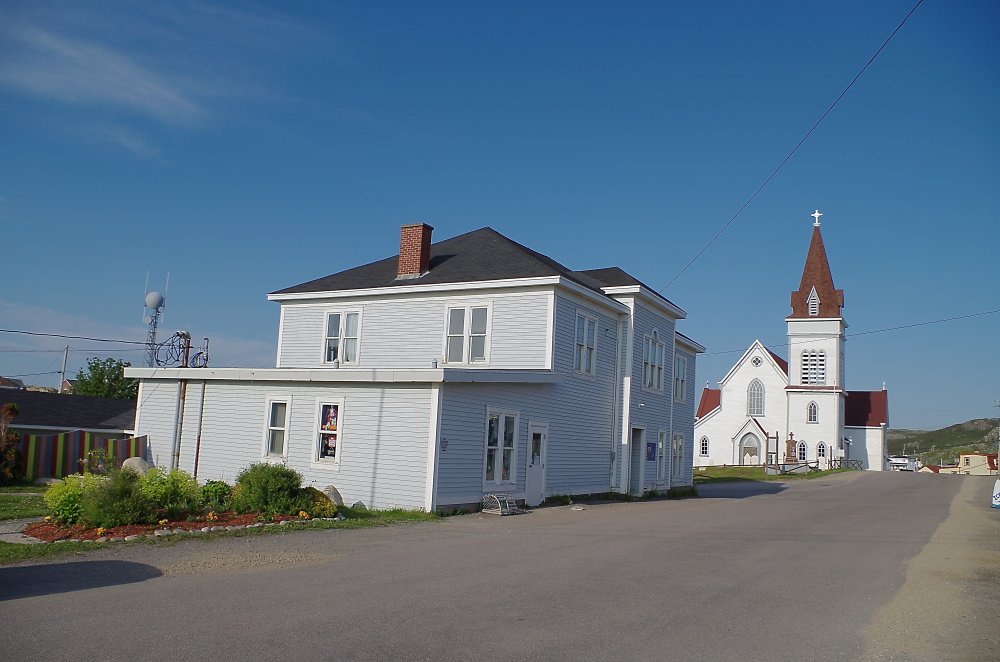 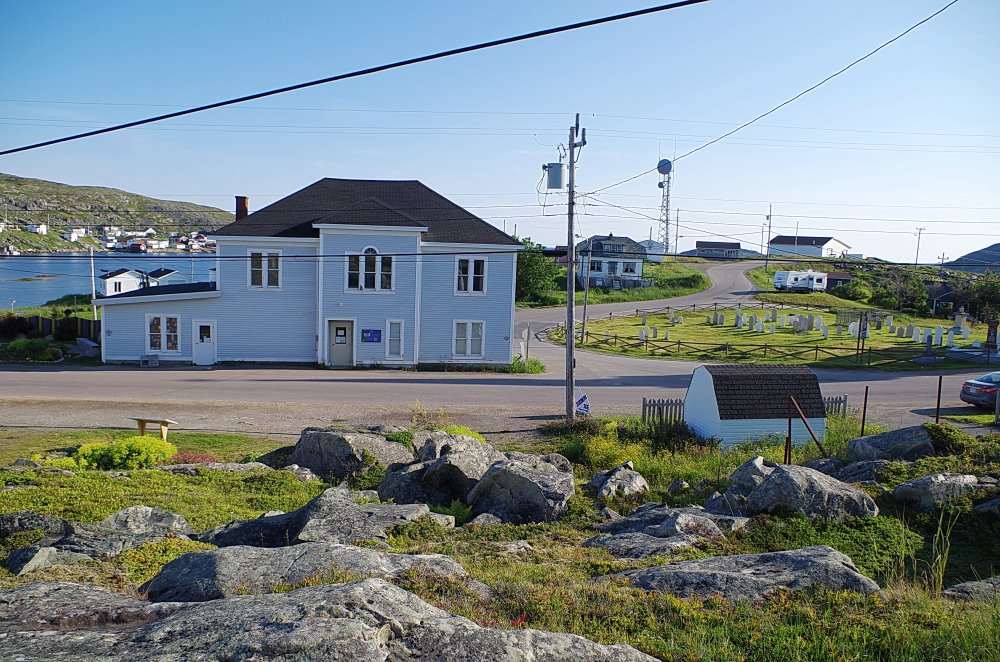