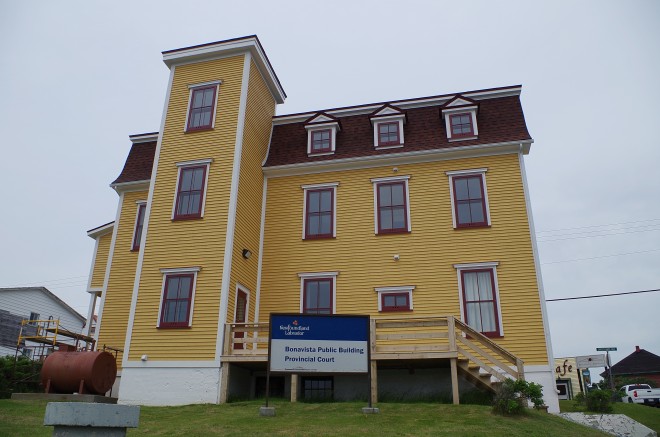 Location:  Bonavista is located in the eastern part of Newfoundland Island on Bonavista Bay along the Atlantic Ocean.

Description:  The building faces south and is a three story yellow coloured wood frame structure. The building is located on sloped landscaped grounds in the centre of Bonivista. The front has a central projection square wood tower with three windows. The roof is mansard. The building houses the Provincial Court. The building was renovated in 1953 and in 1977. 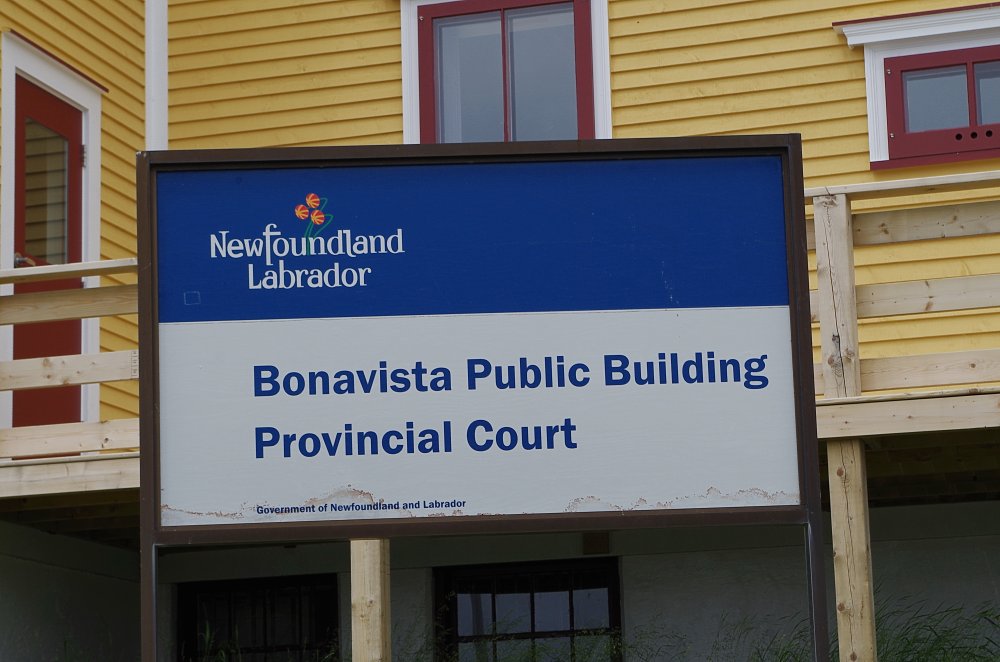 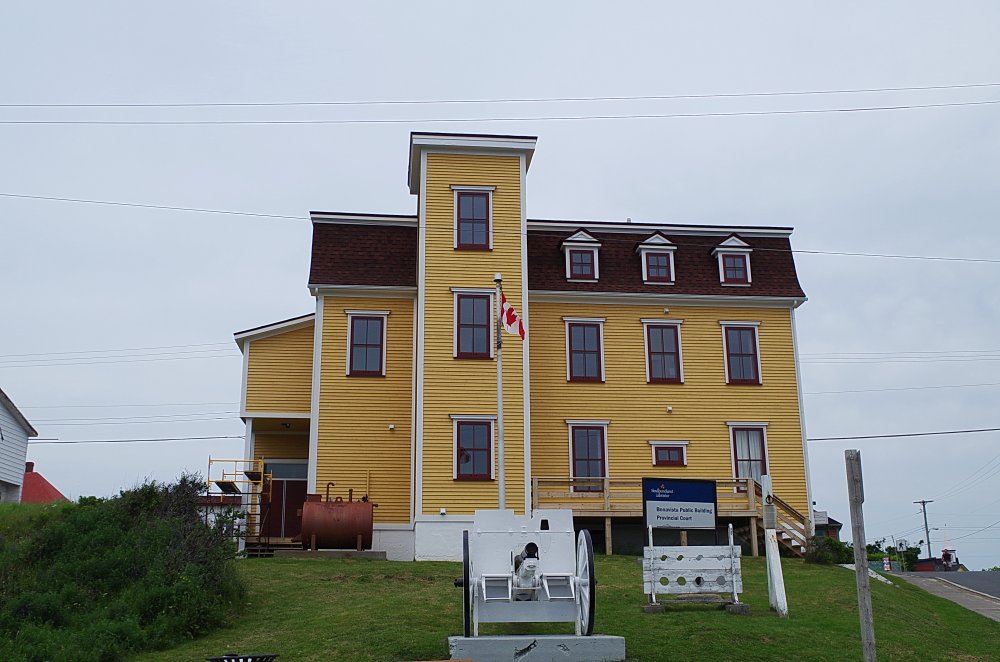 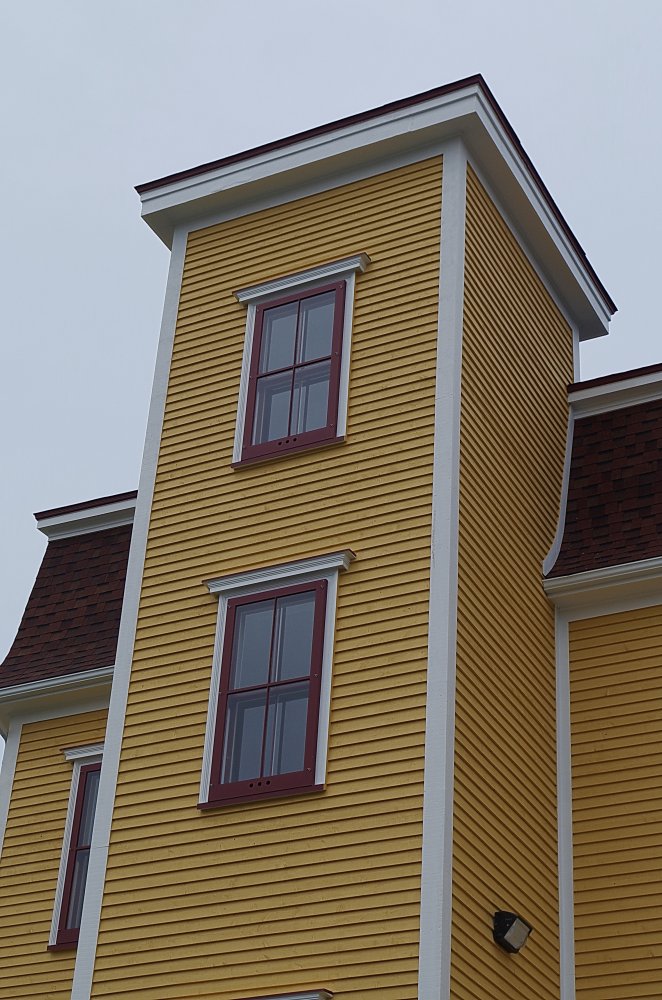 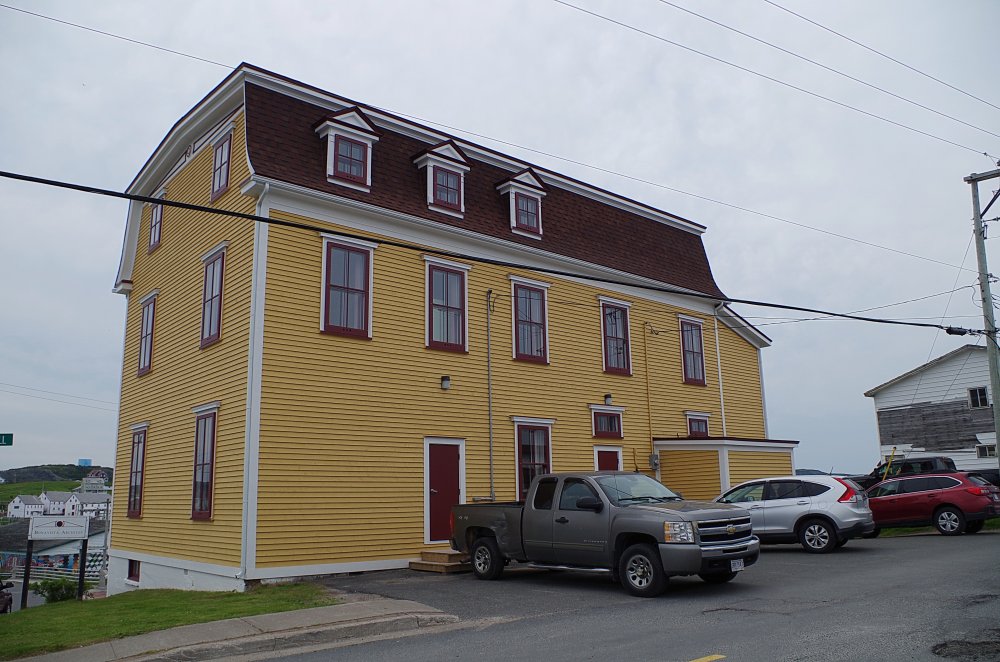 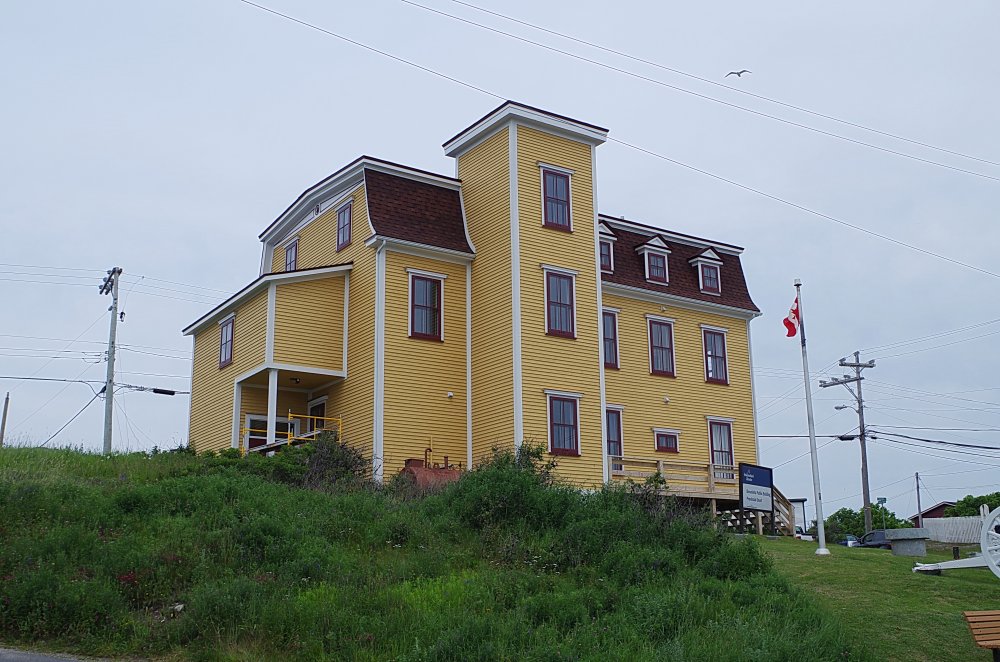 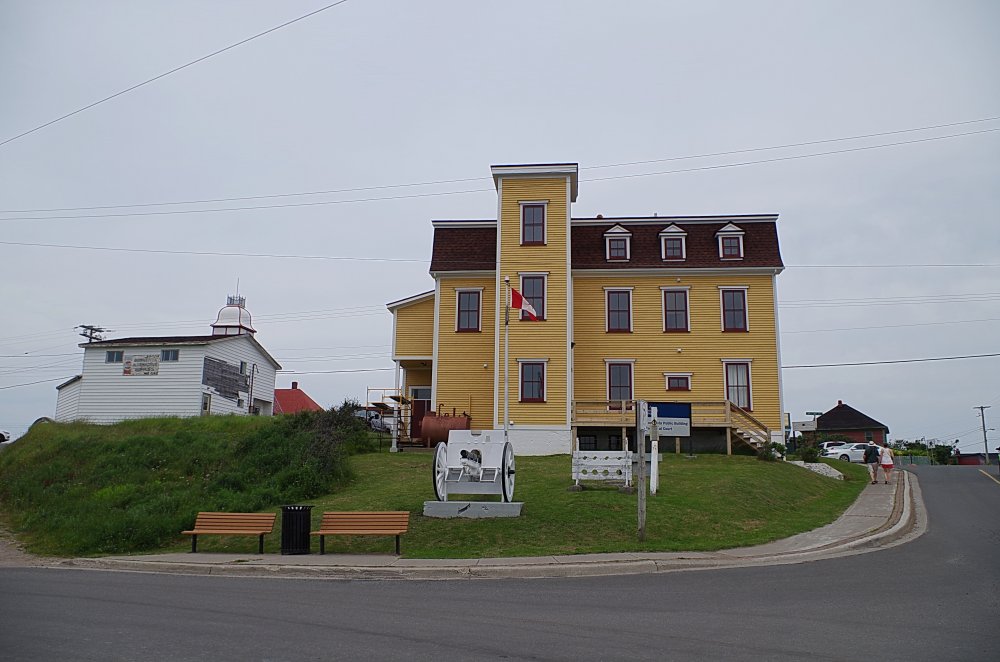 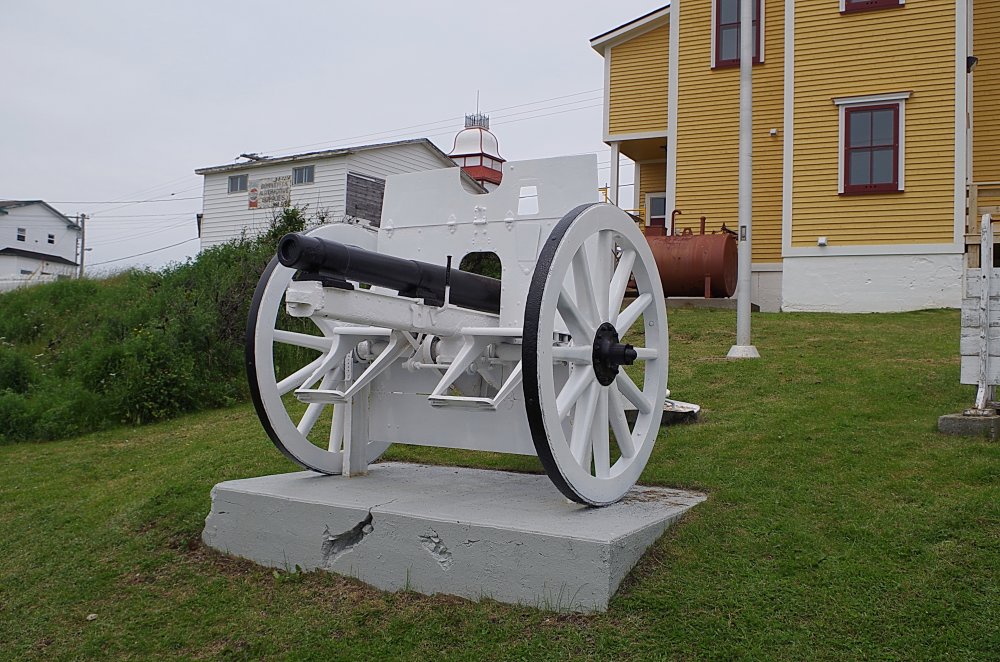