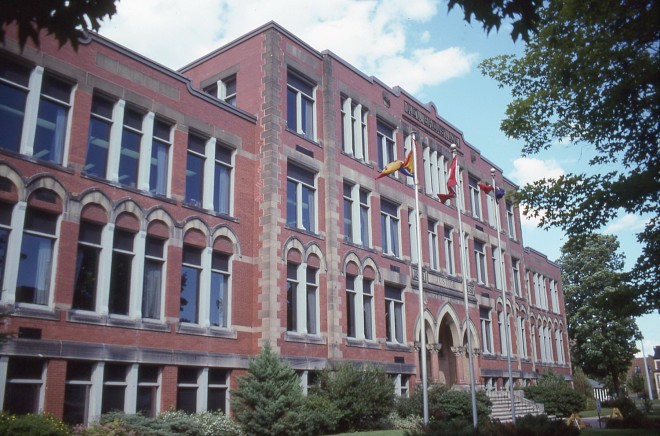 York County was named for Prince Frederick-Augustus, who was the Duke of York and the second son of King George III of Great Britain.

Description:  The building faces southwest and is a three story red coloured brick structure. The building is located on landscaped grounds in the city centre opposite Phoenix Park The southwest front has a central entrance with three arches, pink coloured granite columns and recessed entrance. The corners of the building are trimmed with granite. The roof line is flat. The east and west wings are two story.

Note:  The building was originally part of the Military Compound for the British Imperial Regiments stationed there from 1784 until they withdrew in 1869. The land was bought for the construction of the Normal School in 1876. In 1914 an annex was added and it is still standing. But then, in 1929, the main part of the building burned down, leaving just a shell. But the pink granite pillars at the front of the building survived this very dramatic fire. By 1931, a larger and more modern facility was built. The building became the Teachers’ College in 1947. When the College closed in the late 1960s, it was preserved as the Provincial Justice Building. 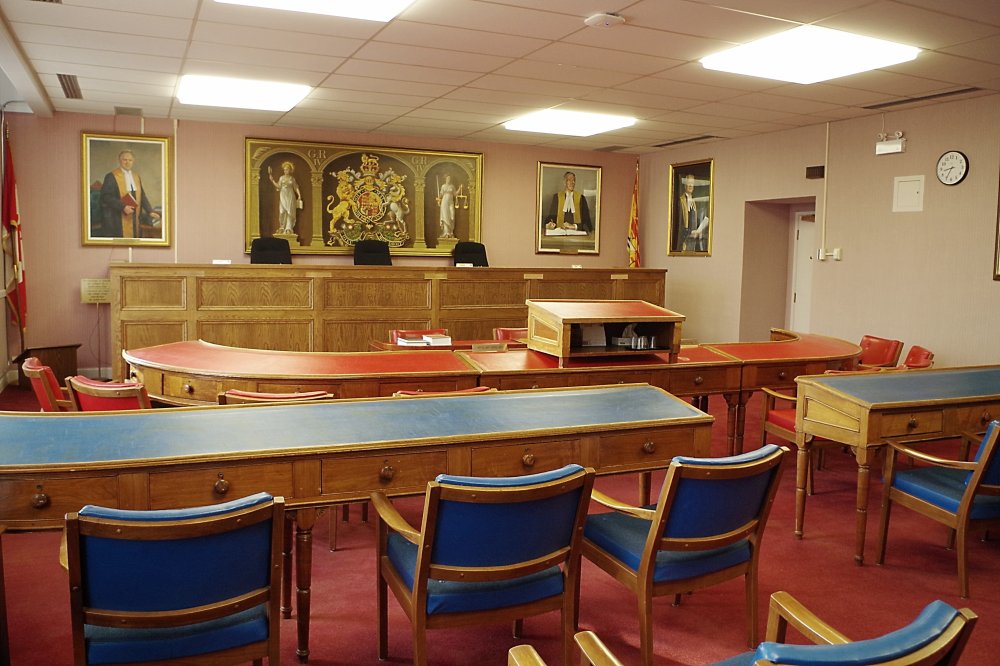 Description:  The New Brunswick Court of Appeal is housed in the Justice Building. The Court of Appeal courtroom is located on the third story in the centre of the building. The judges light coloured wood bench is at the south end of the chamber with windows along the east side.  There is an :inner Bar” being the first row of seating with red coloured baize coverings and sloped platform desks for lawyers and an “Outer Bar” with green coloured baize coverings designated for the use of junior members of the bar who are not Queen’s Counsel,  At the rear of the chamber is the public seating area with blue coloured seats. 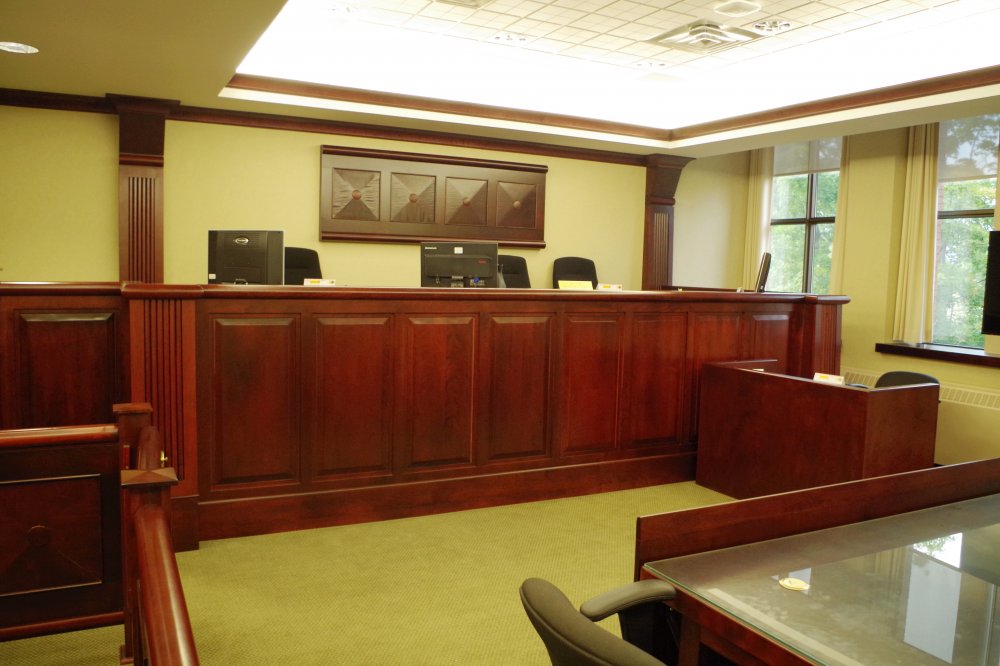 On the second story is a second courtroom. The desks, cabinetry and decorative elements are finely crafted in dark-stained wood. This courtroom is used for hearing an appeal by a panel of three judges. 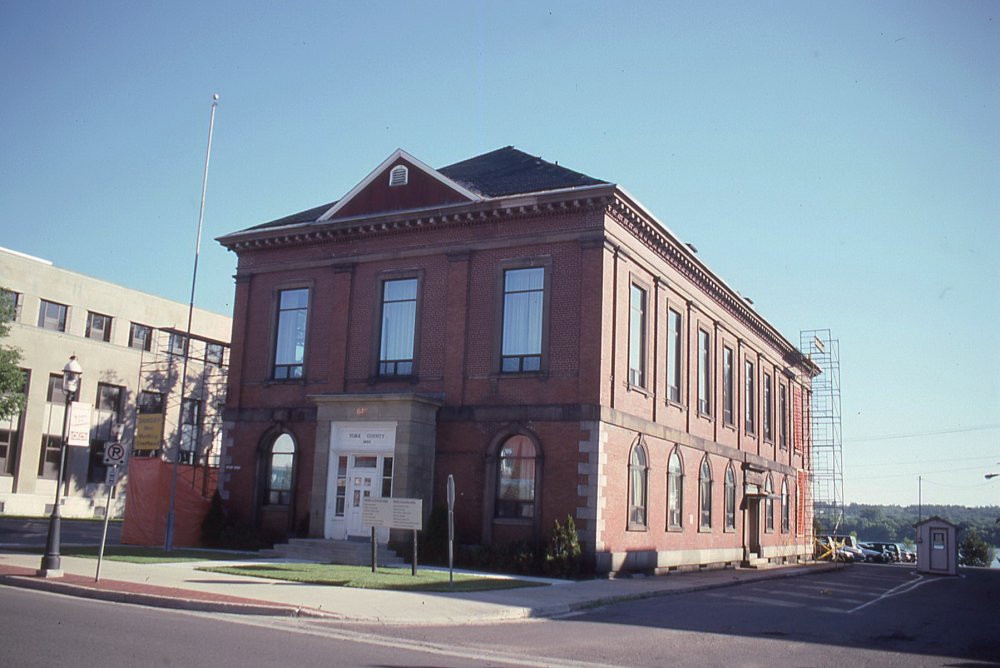 Note:  The original building was designed by James Taylor as a market house in 1814. 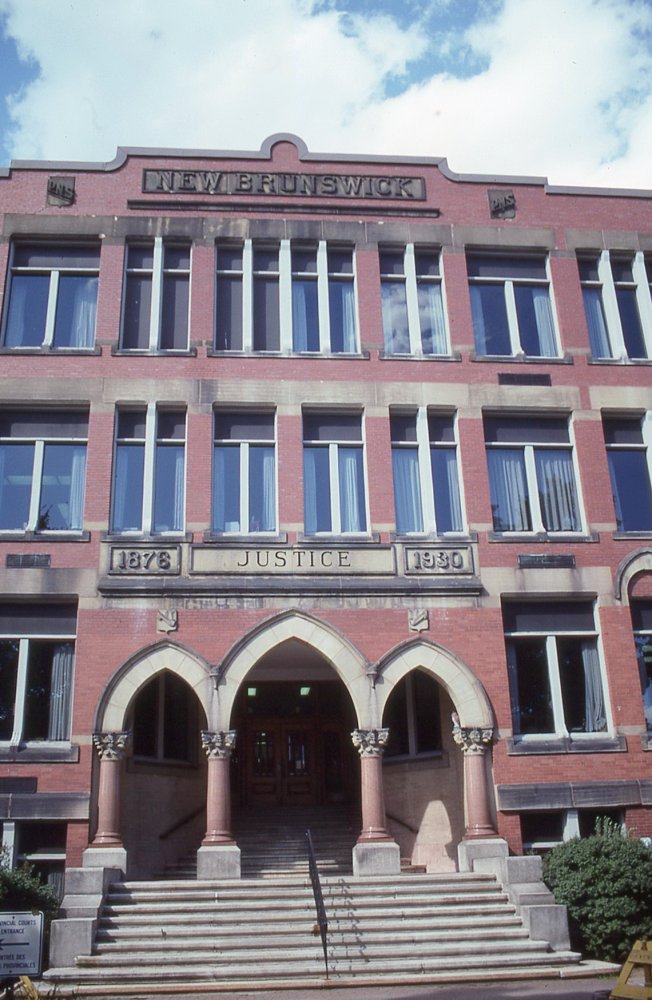 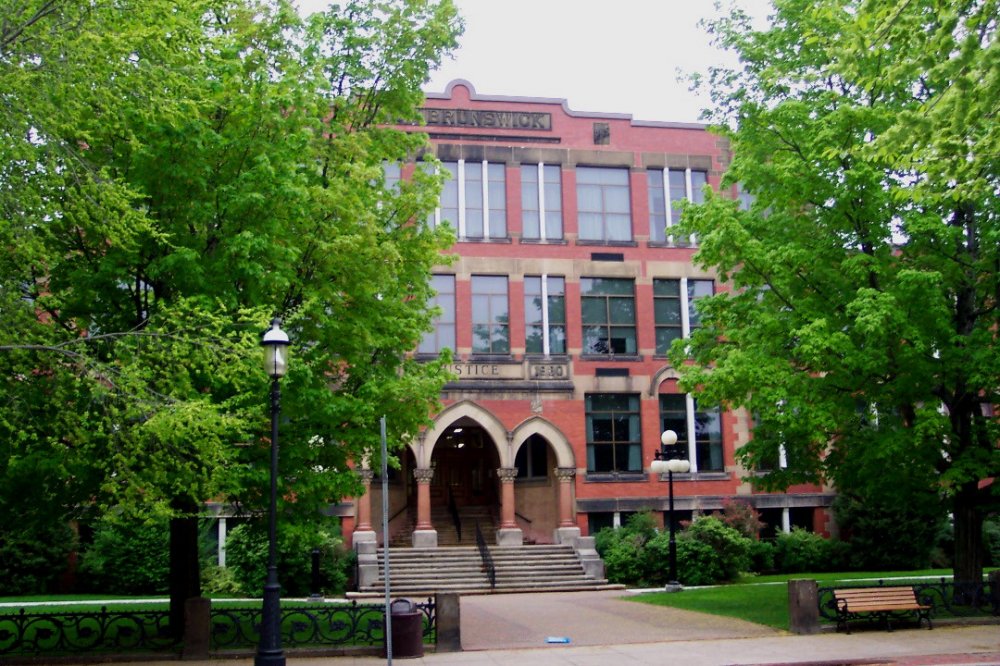 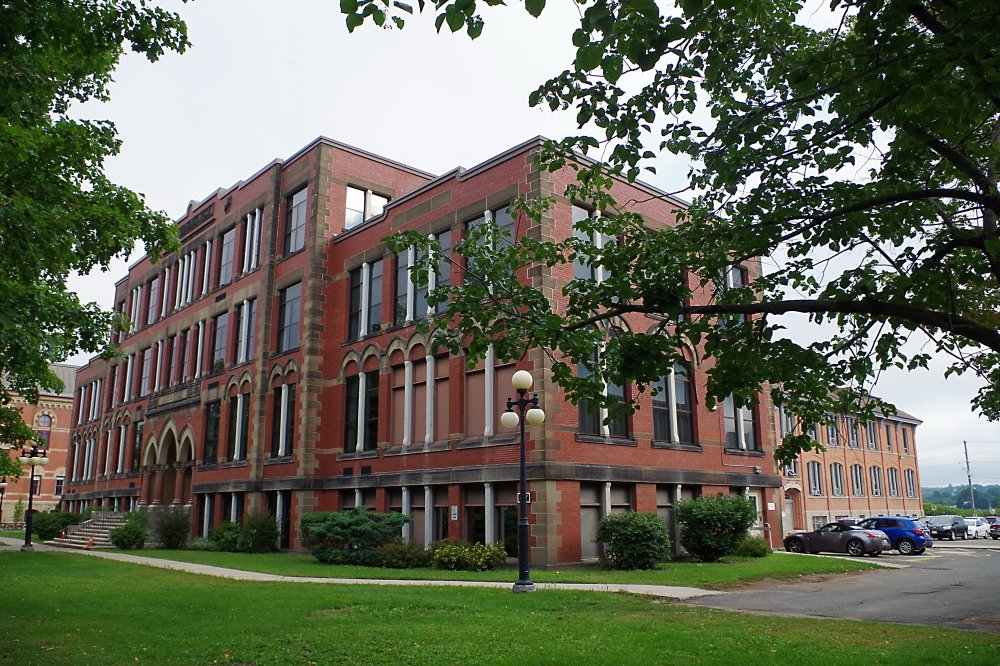 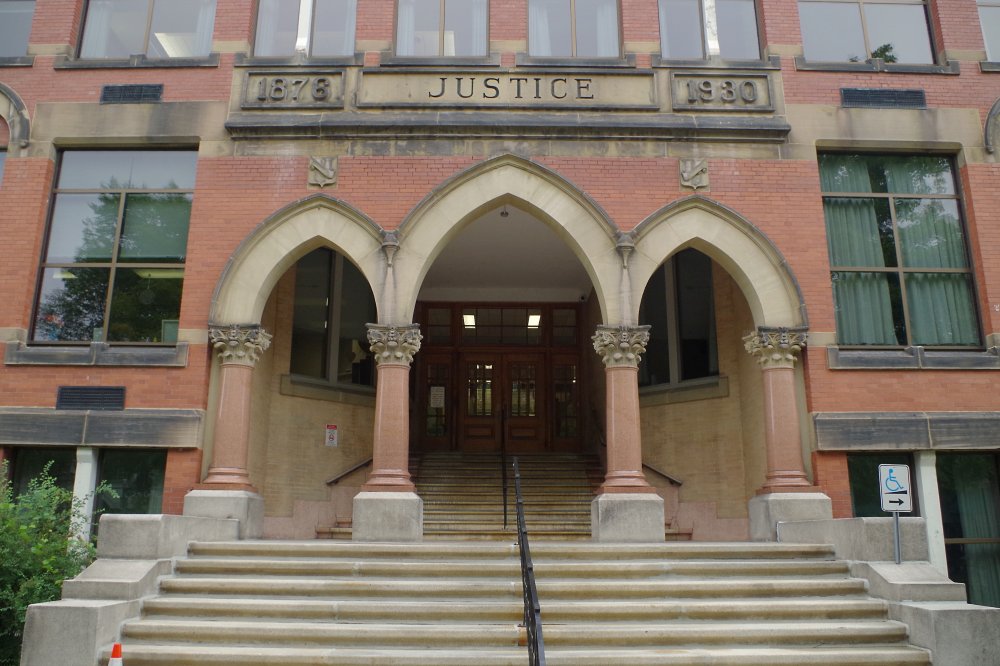 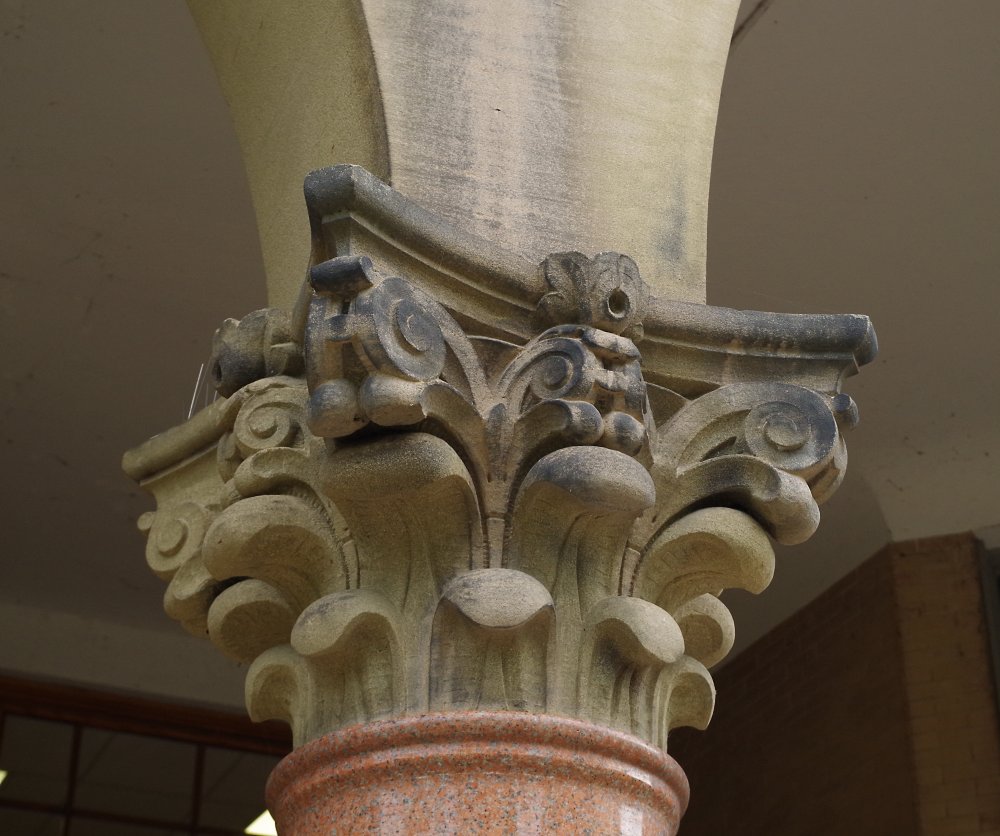